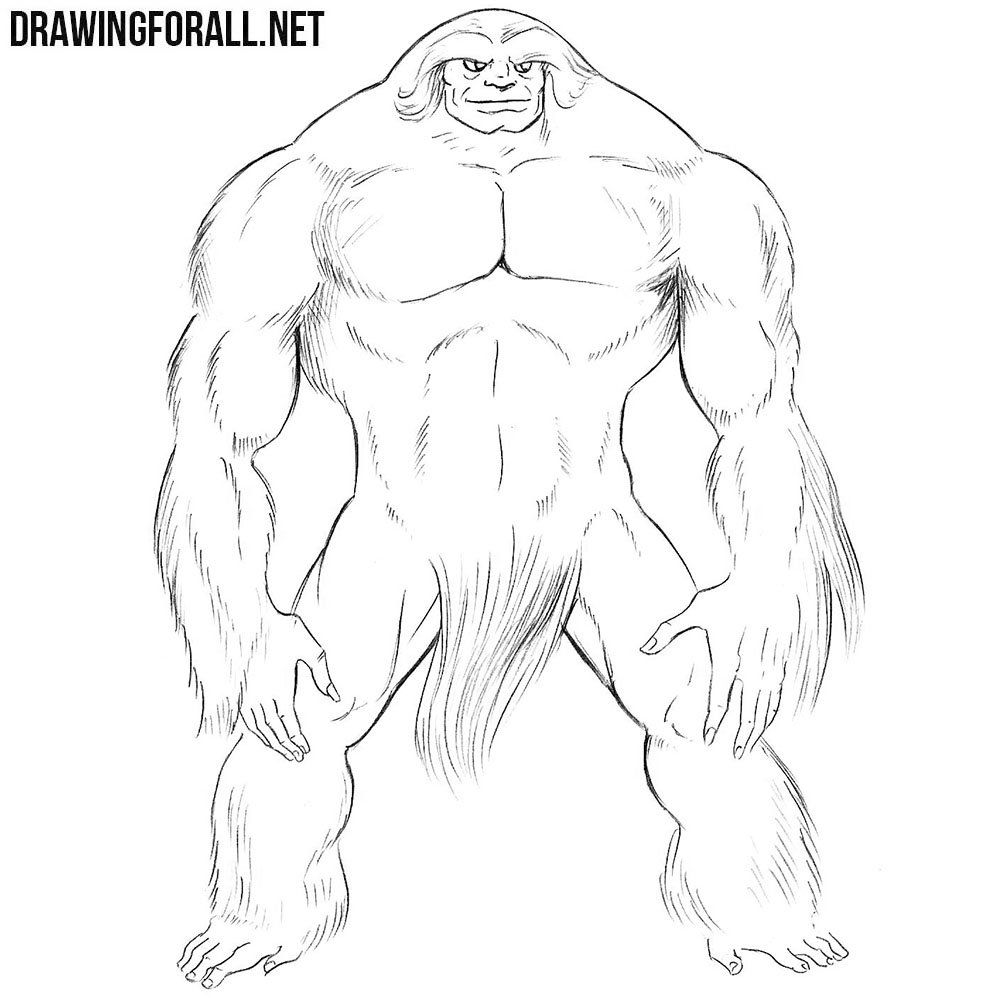 One of our most favorite categories on DrawingForAll is a category called “Comics” where there are already a lot of drawing lessons about heroes and villains from different comics. Basically we draw quite popular characters, such as Spider-Man or Wolverine. But today we decided to make a slightly less popular character, and created a lesson about how to draw Sasquatch.

By tradition we start with the “skeleton” of our today’s character. It is very important to consider that Sasquatch is a very tall and broad being, so his skeleton should also be very massive and powerful. Let’s start with the head, sketching it in the form of a normal oval. Next, go to the spine, drawing it in the form of a line on which we draw the chest and pelvis. With the help of such simple lines, we sketch out the arms and legs. 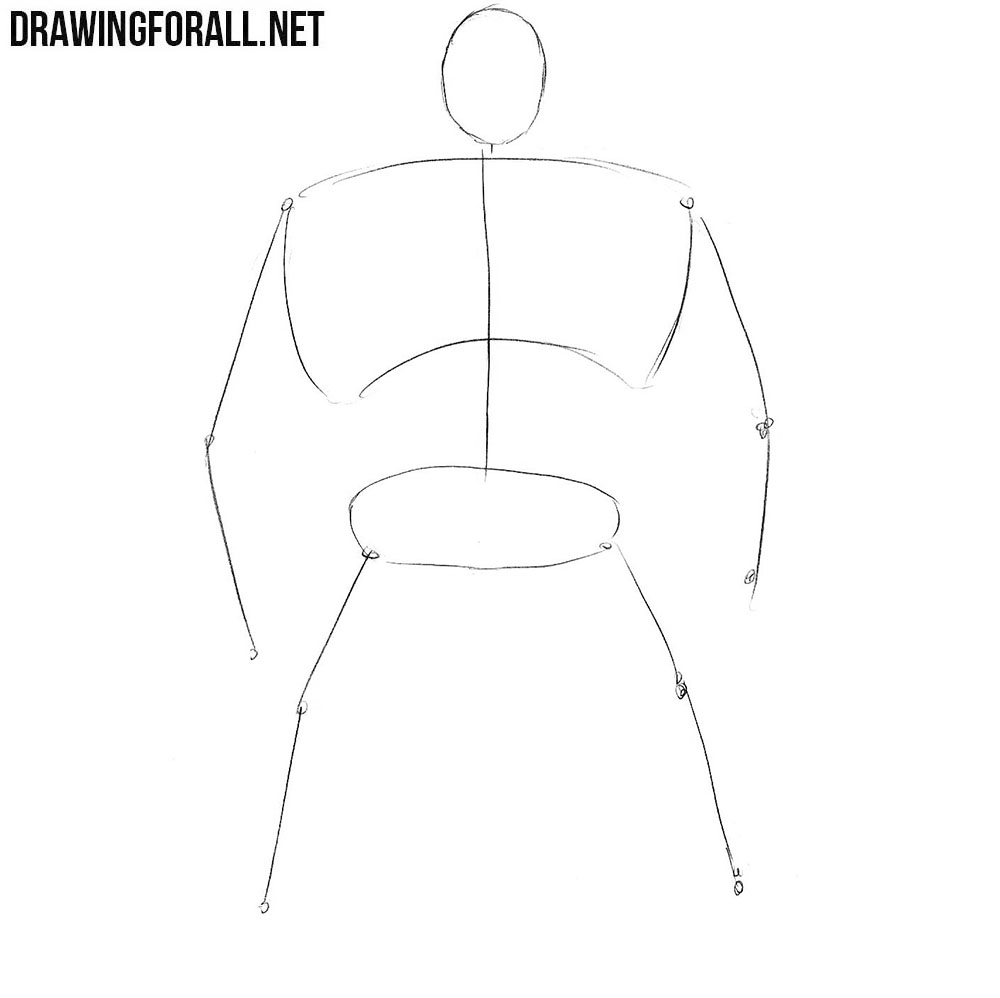 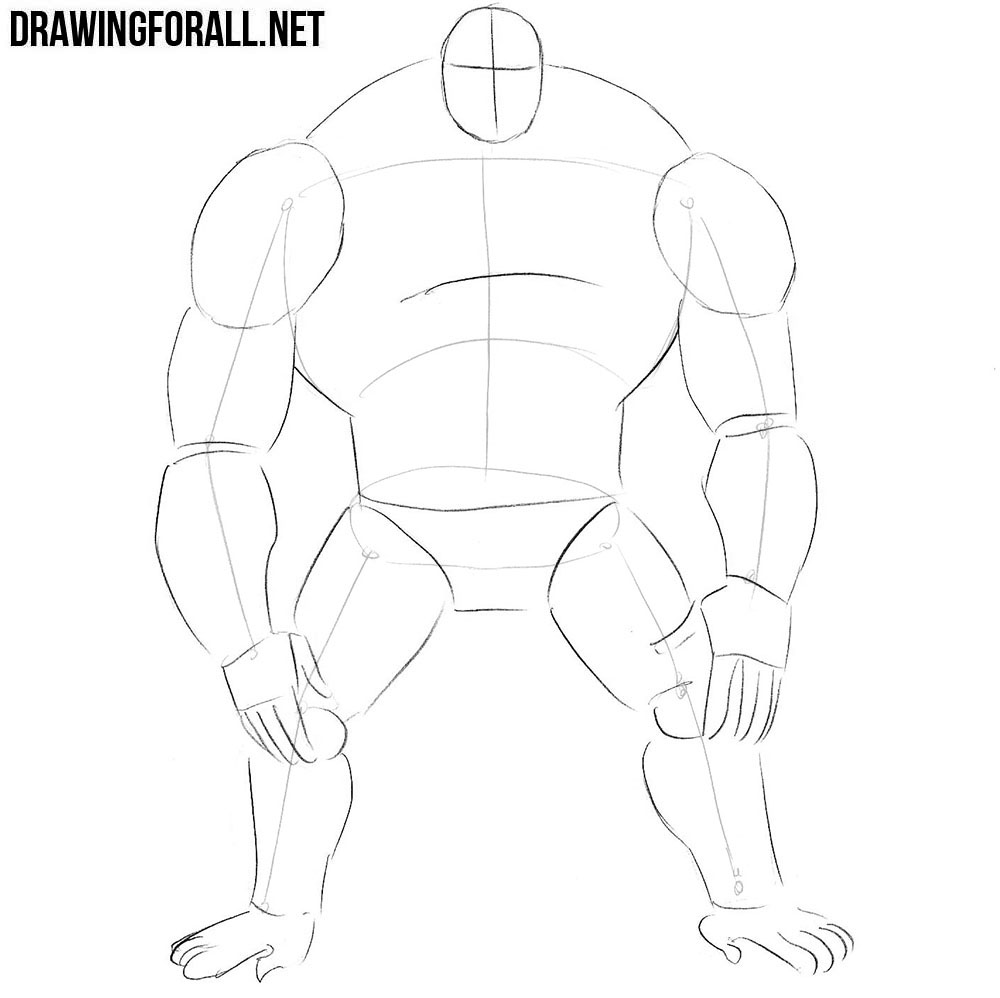 A simple, but very important step. Here we need to add the most basic details to the Sasquatch drawing. Let’s begin by tradition with a head, draw outlines of the face and an unusual hairdress. Next, go to the body, ketching the outlines of the muscles on the torso, arms and legs. And at the very end of this step, we sketch long hair using slightly curved lines. 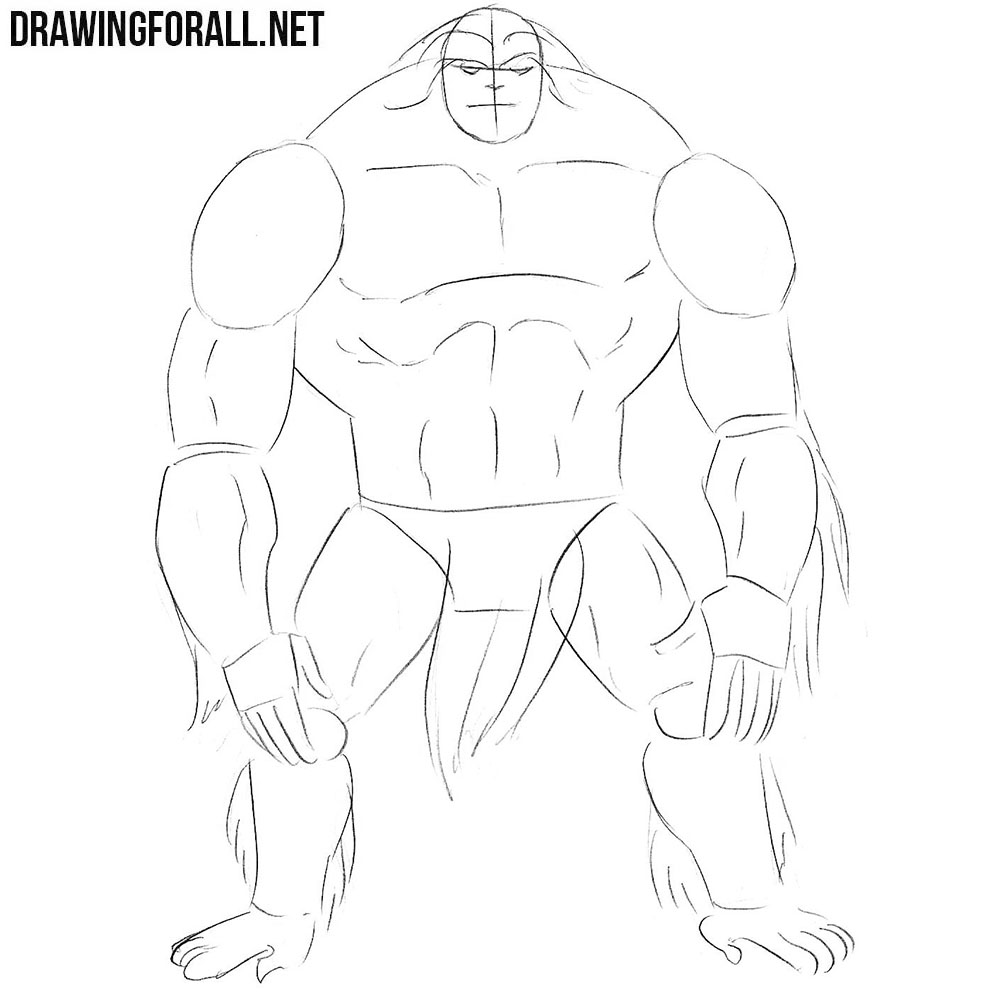 If you did everything right, then it’s time to work with the final details of the drawing. First of all, using very clear and dark lines, we carefully draw out the eyes, nose and mouth. Next, draw out the outlines of the angular jaw and add some wrinkles to the surface of the face. 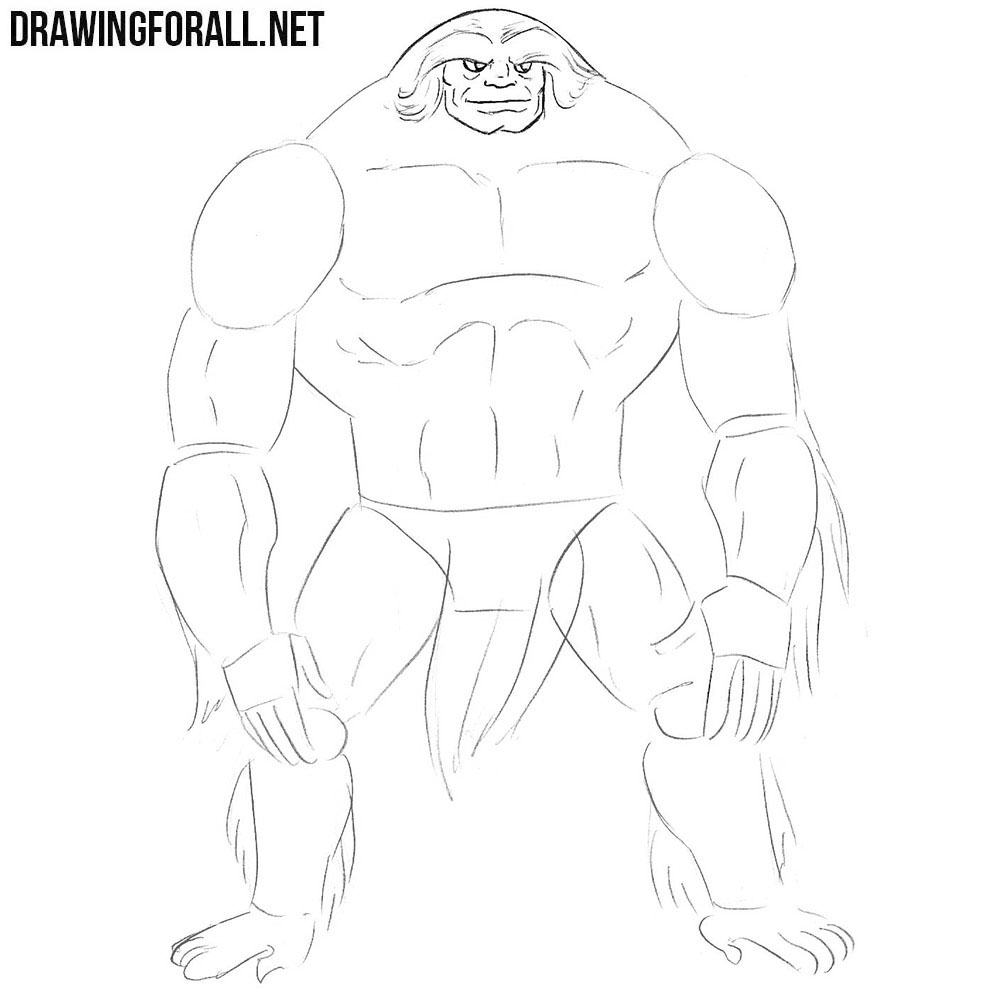 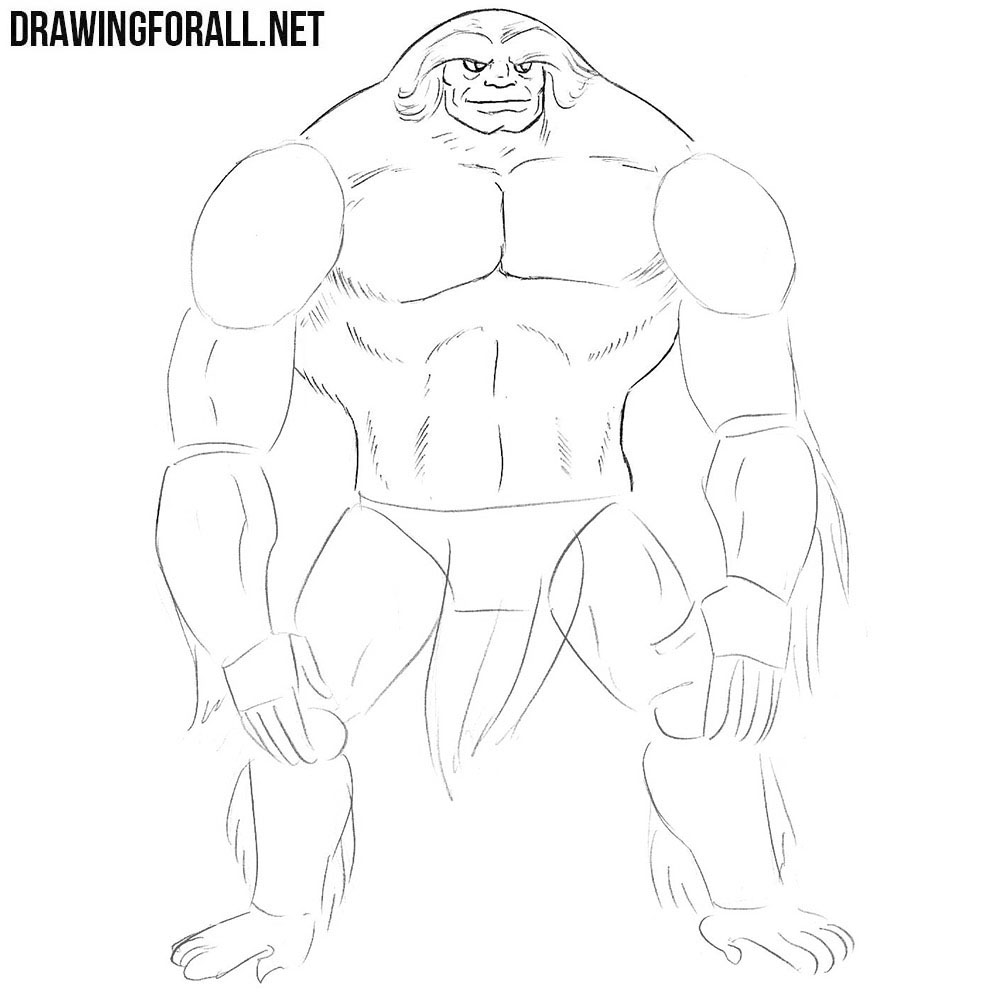 Now let’s draw the arms of Sasquatch. Continuing the shoulder lines, we need to accurately draw wide deltoids, then outlines of biceps and triceps, which smoothly pass into the forearms. Next draw the hands, considering all the knuckles as in our example and our lesson about how to draw hands. 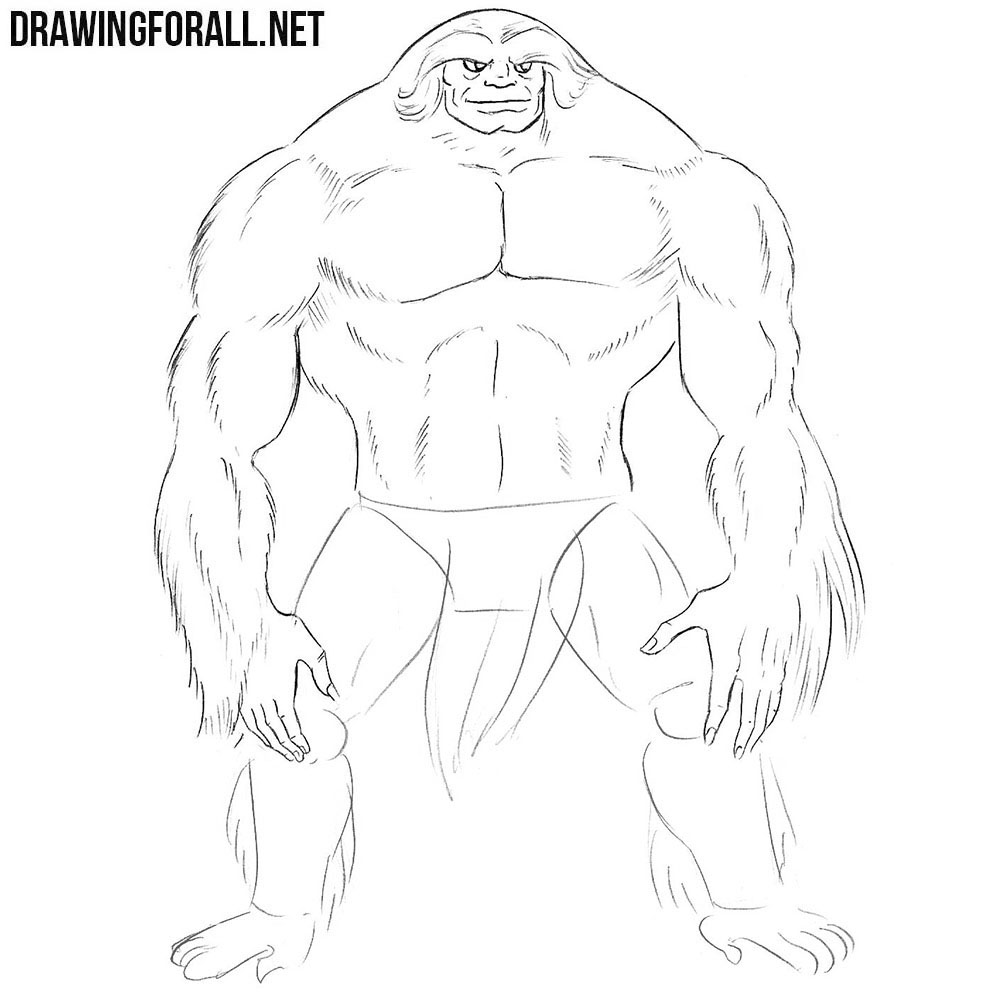 If the top of this character is ready, then it’s time to draw his lower part. First, draw out long hair in front of the hips. Further, with the help of long, clear and smooth lines, we carefully draw out the outlines of the leg muscles and wavy hair on the legs. In the same step we draw the outlines of the feet. 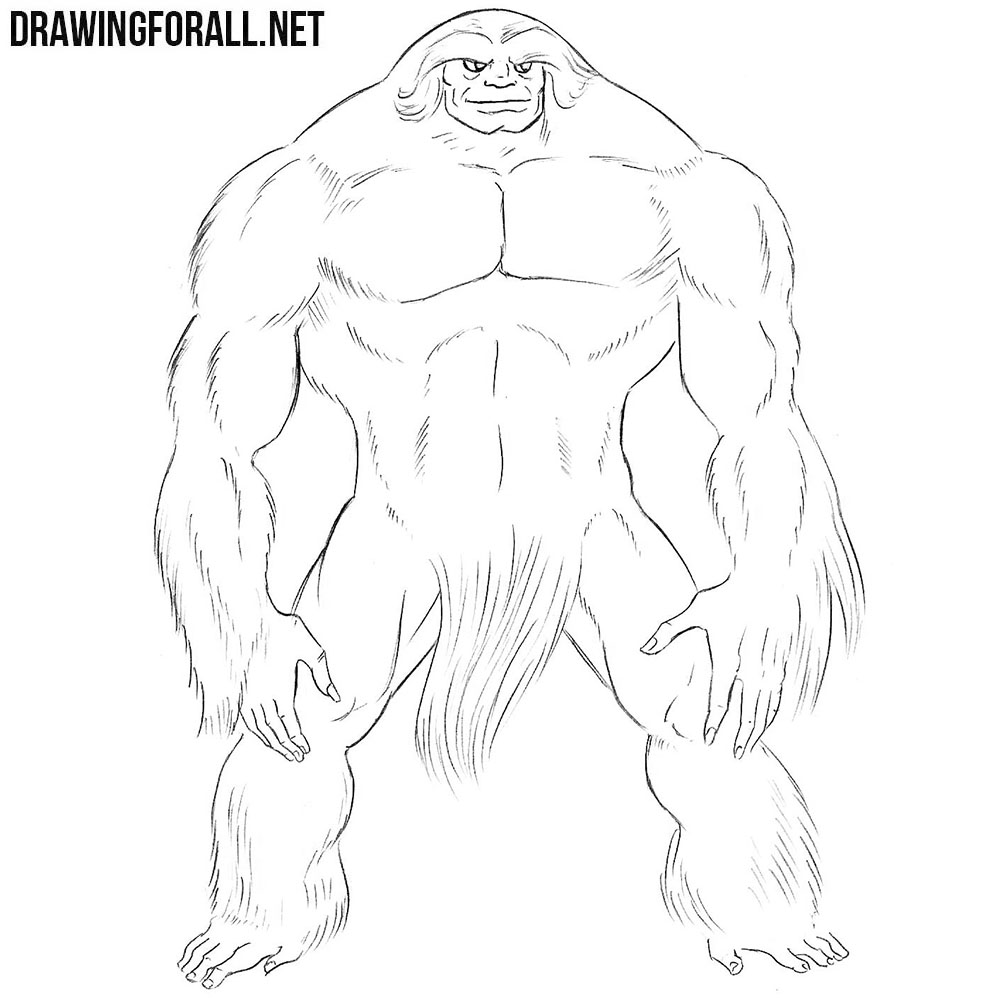 Sasquatch drawing is almost done, and it remains only to add the shadows to the drawing. Here we decided to add a few light shadows using clear hatching. But you can make the drawing more shaded, as in the lesson about Vision, in which we also told how to draw such contrasting and dark shadows.

This lesson was quite difficult, however, like all our lessons from the “Comics” category. If you liked this lesson and want more of them, then definitely go to this category to learn how to draw a variety of comic book characters.