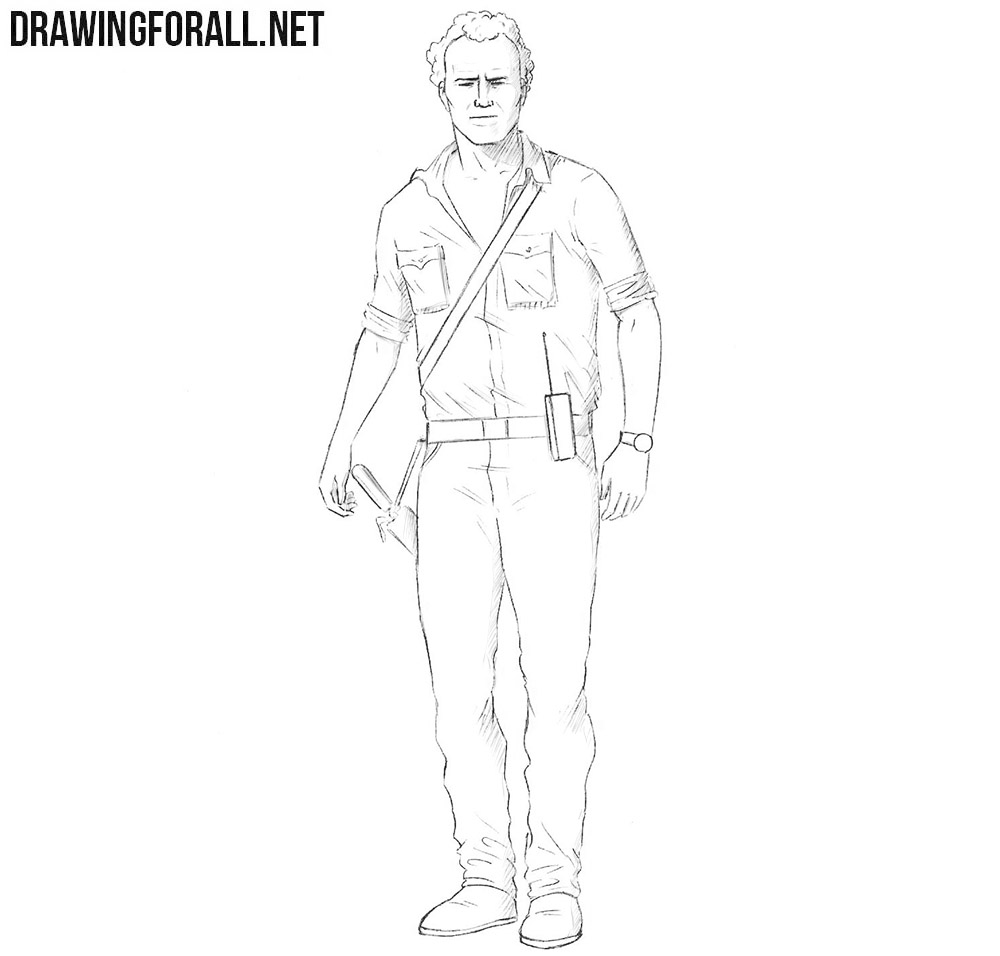 The tv series the Walking Dead at one time became a sensation, becoming one of the most famous TV shows of all time. Today we want to show you how to draw Rick Grimes – one of the central characters of this series. 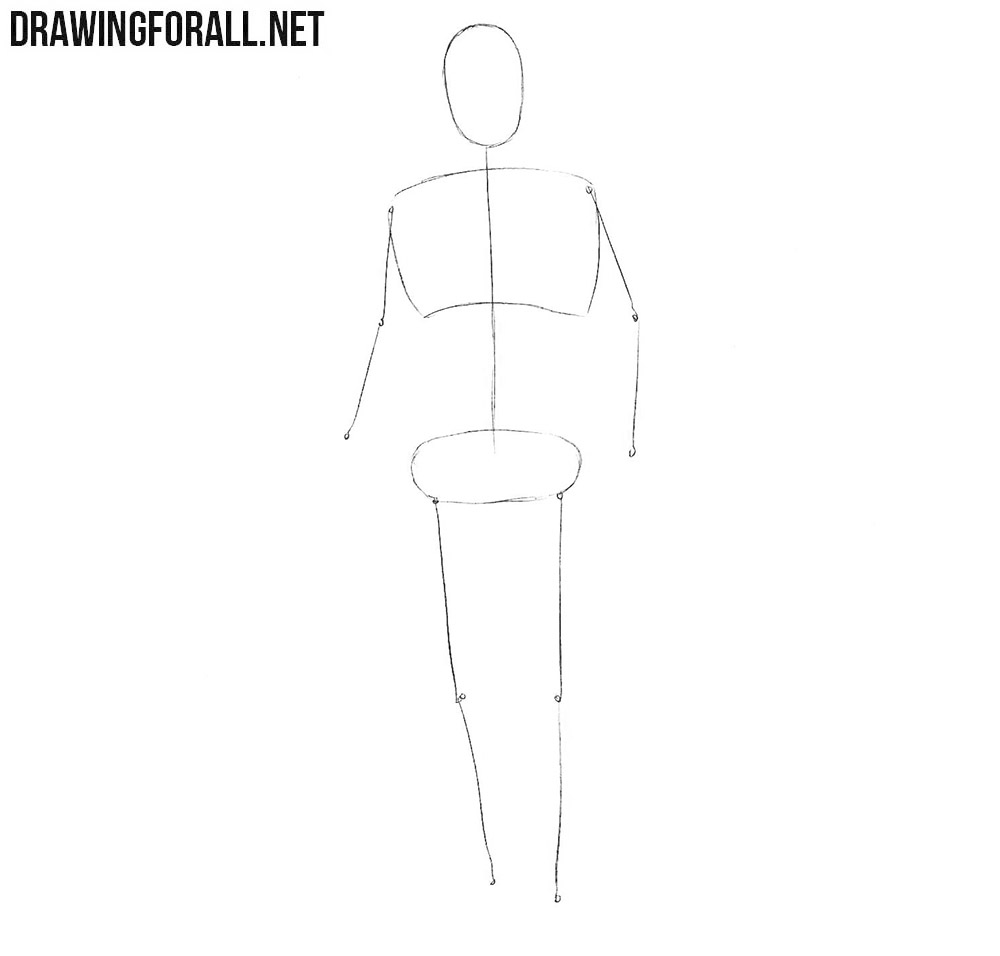 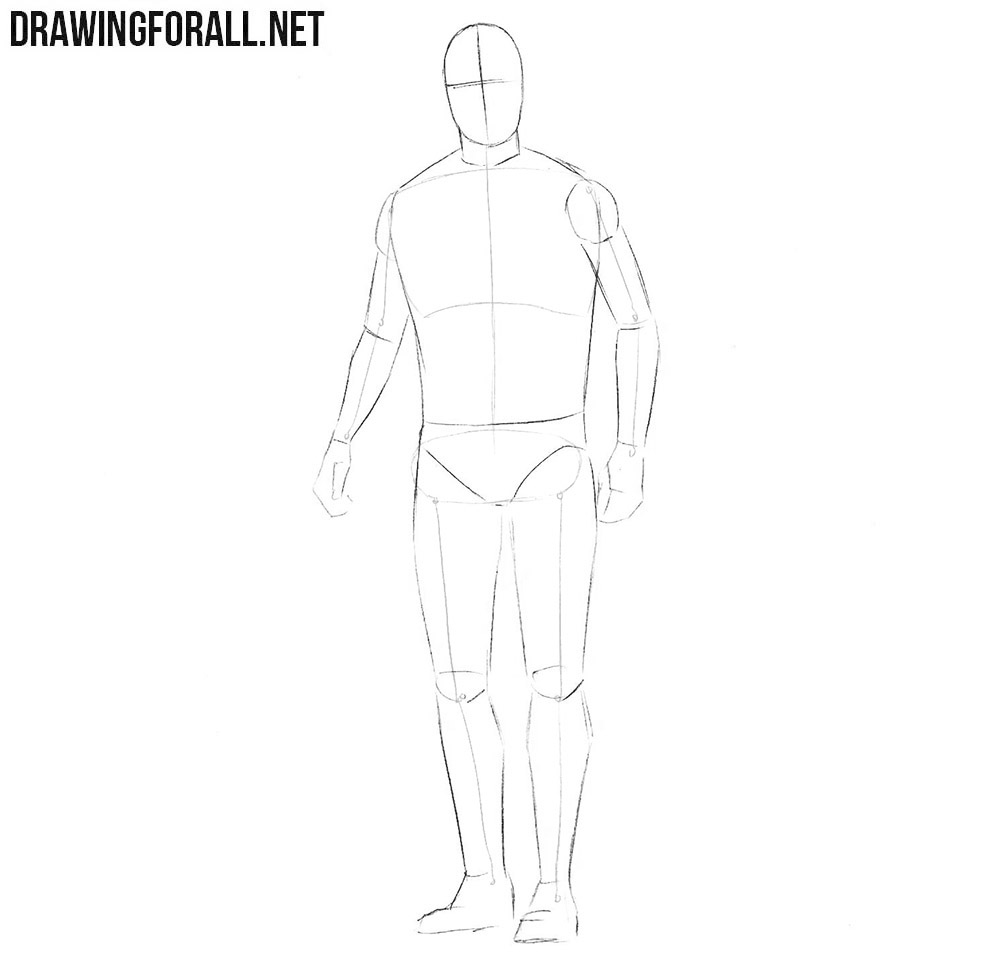 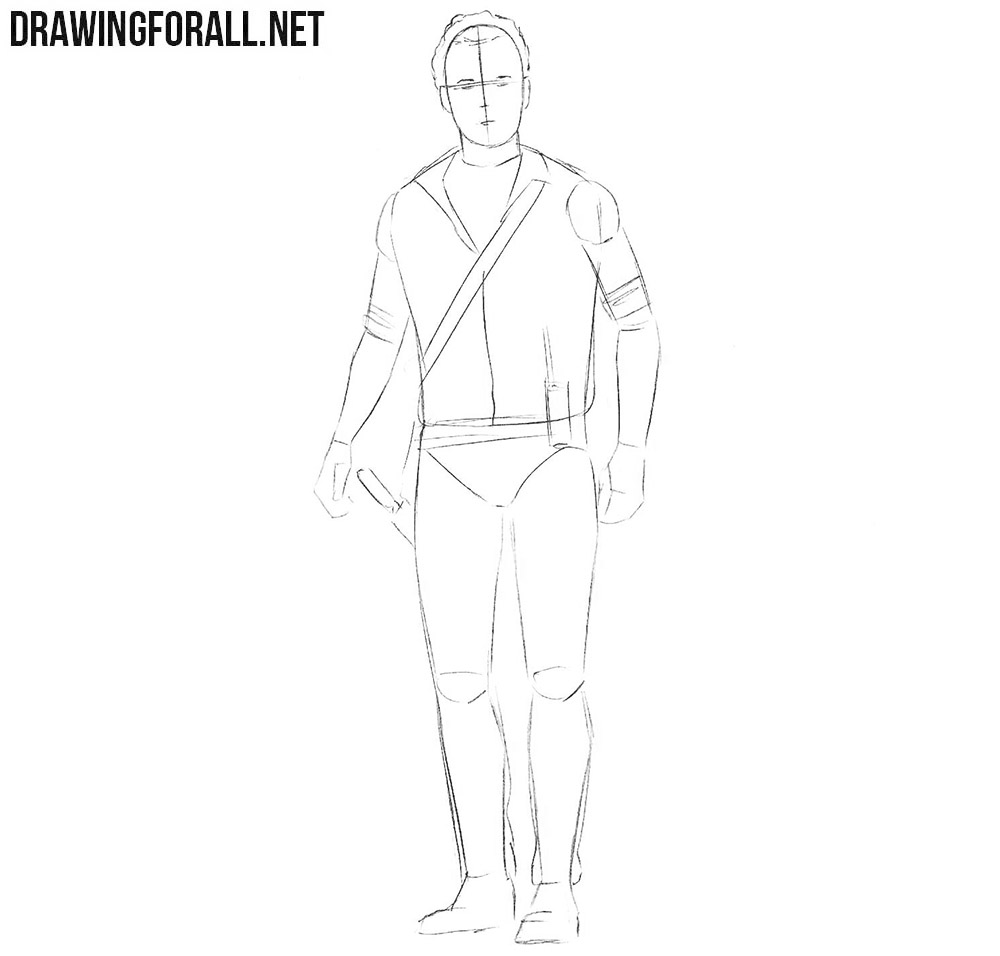 Starting from this step, we will draw out Rick Grimes with clear and dark lines. We start with the face, gently drawing out the outlines of the eyes, nose and mouth. Next, draw the outlines of the face and curly hairstyle, removing all unnecessary guidelines from the head. 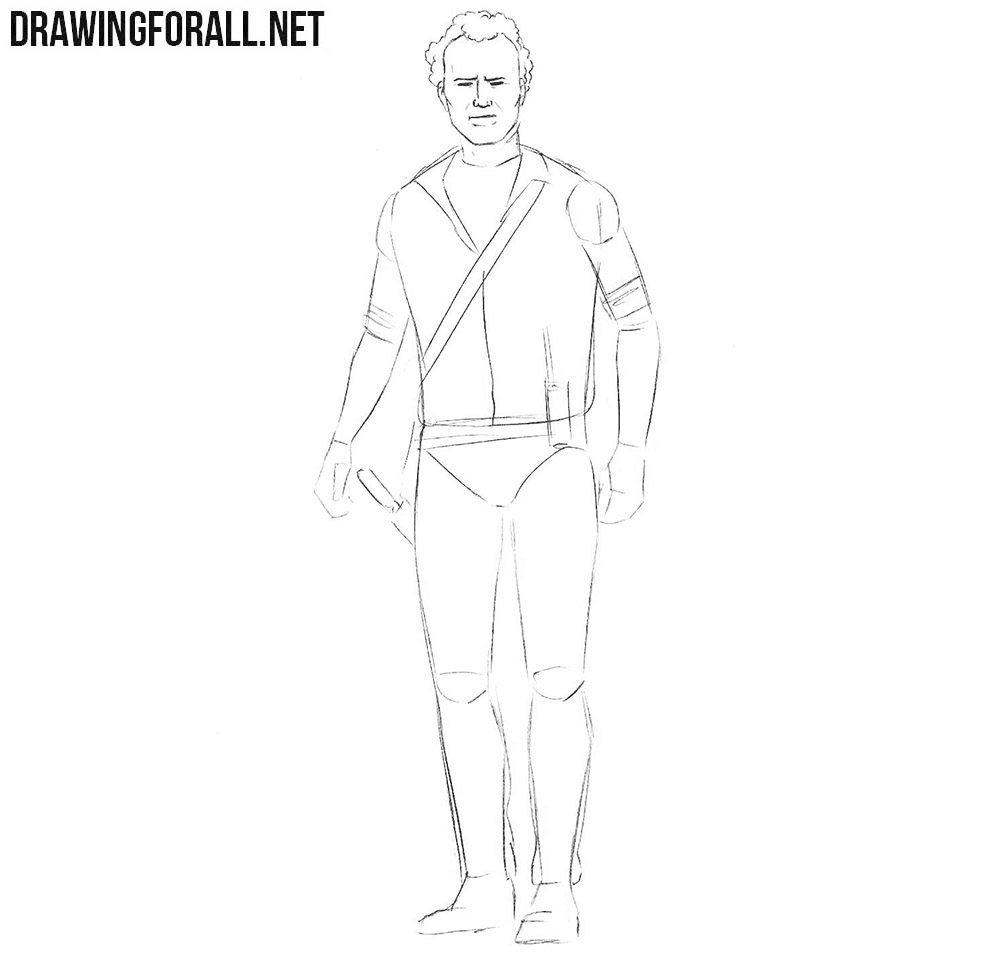 We move a little lower and draw out the lines of the neck. Next we draw out the outlines of the collar and the rest of the shirt. Do not forget to draw all the folds and pockets on the shirt of the killer of dead, as our artists did. Clear Rick’s torso by removing all unnecessary guidelines. 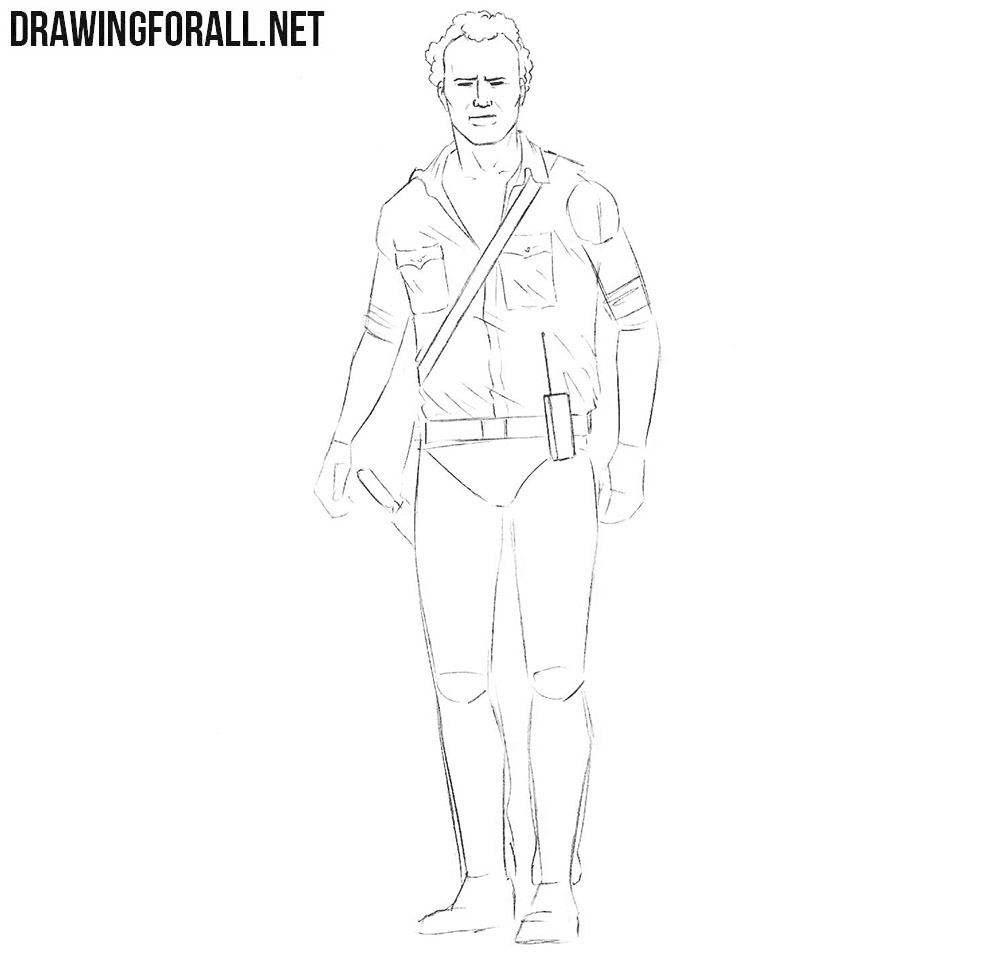 We now move to the arms. Carefully draw the outlines of the arms with clear and dark lines. Please note that unlike other characters from our site, Rick Grimes should not have too large arms. Draw the necessary details and remove all unnecessary guidelines from the arms of Grimes. 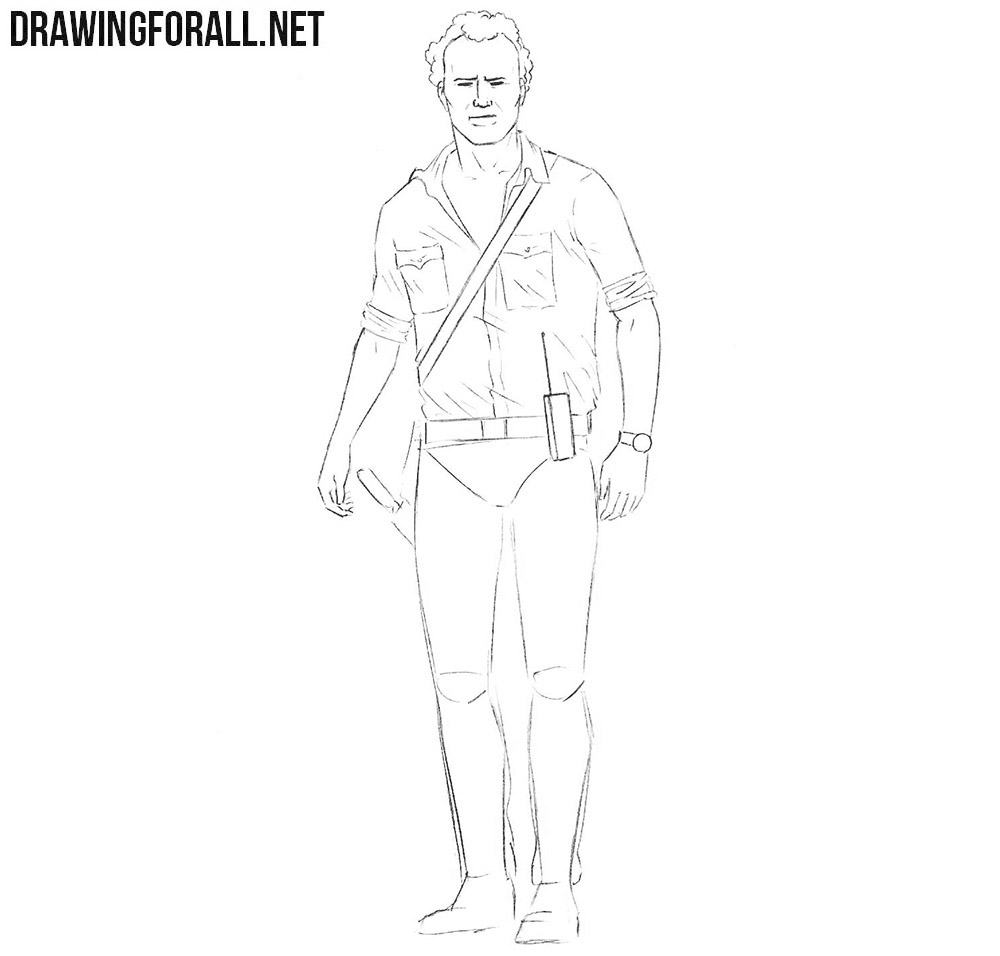 Now, using smooth lines, we carefully circle the outlines of the pants, taking into account all the folds, as shown in our example. In the same step, carefully draw the shoes and remove all unnecessary guidelines from the legs of Rick Grimes. 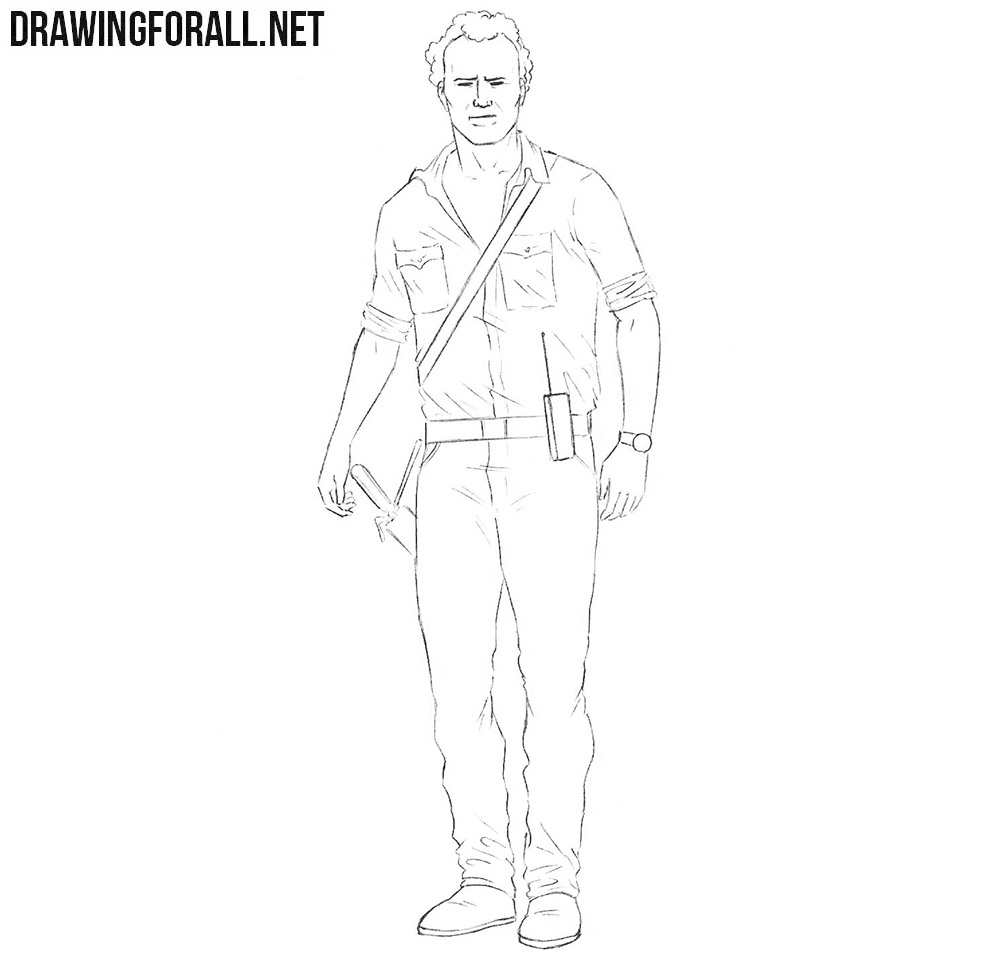 So, drawing of Rick Grimes is almost complete, and we just have to add some shadows, so that our drawing seems more voluminous. To begin with, we determine the source of light and then add shadows with the help of fairly dense hatching in the least lit areas.

So, we hopr that this drawing lesson taught you how to draw Rick Grimes. In the future, we want to draw the rest of the central characters of the Walking Dead, so visit our website more often not to miss these and other drawing lessons.