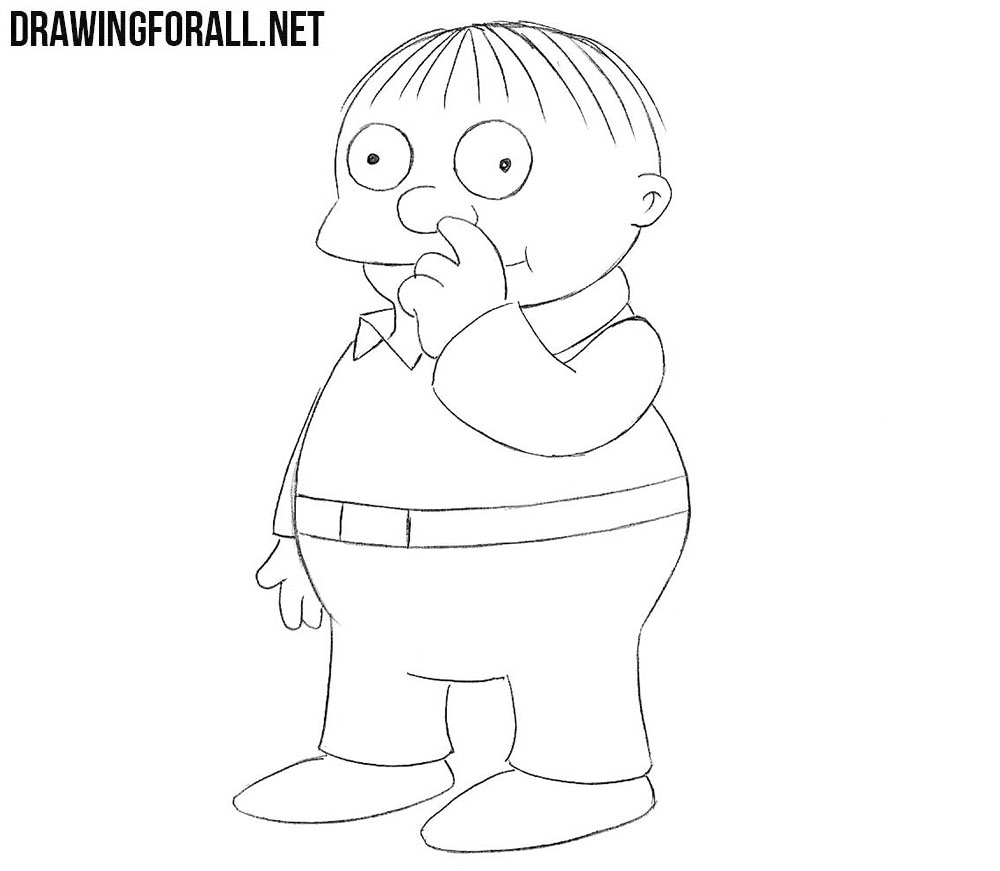 Not long ago we decided to create a series of drawing lessons about the characters from the famous the Simpsons series. In one of the previous lessons, we drew Chief Wiggum – a caricature policeman from the Simpsons. In this lesson on how to draw Ralph Wiggum we will draw his not very smart son.

First of all sketch out the head and torso of Ralph Wiggum in the form of two circles. 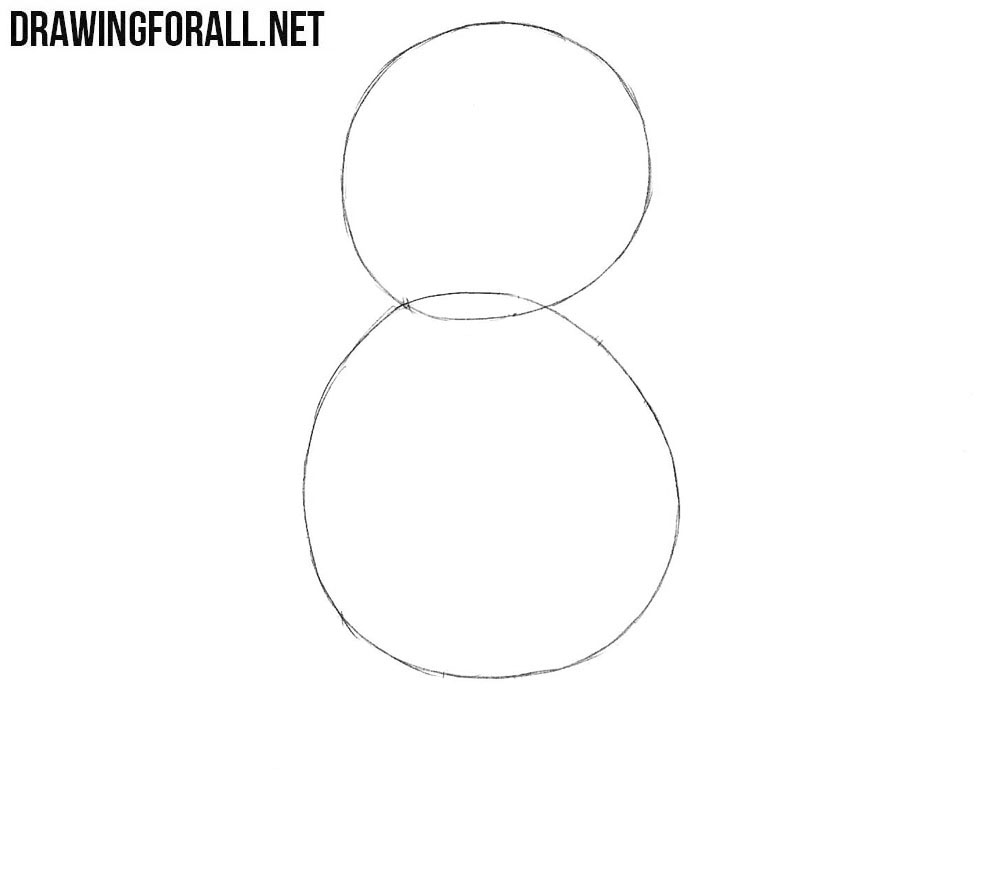 Now, with the help of very light lines and simple geometric figures, we sketch out arms and legs. 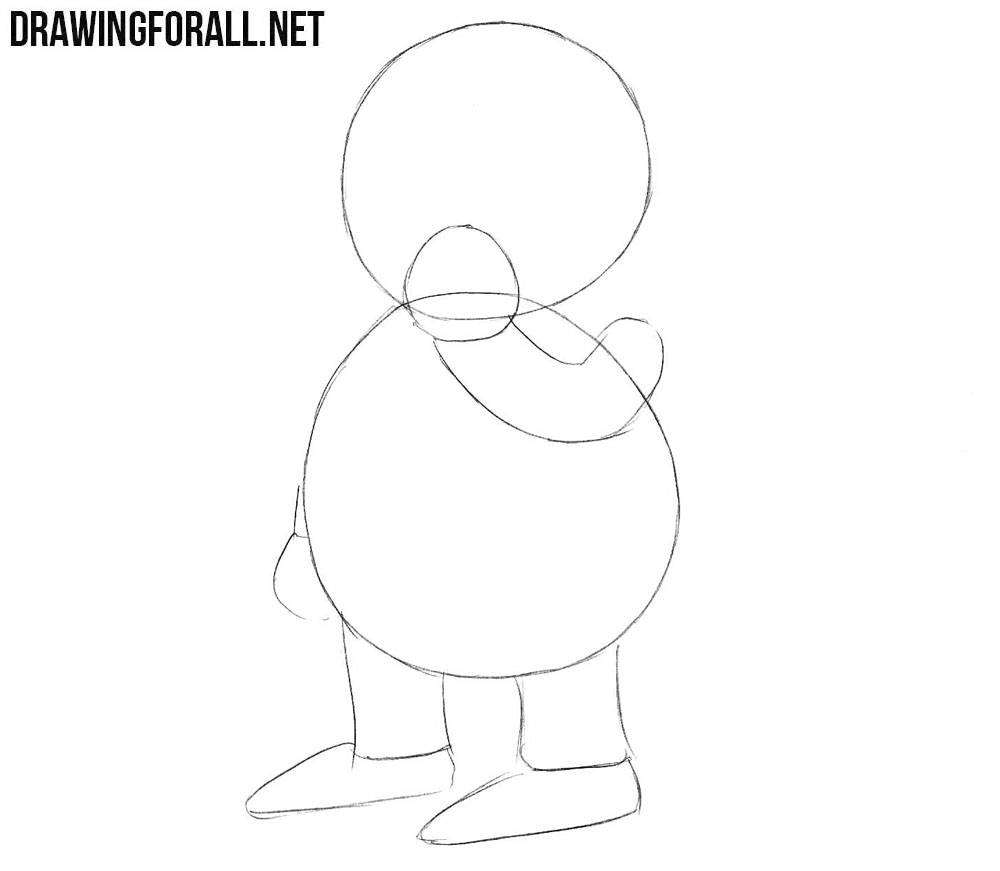 Now, using two circles, draw out the outlines of the eyes and pupils inside the eyes. 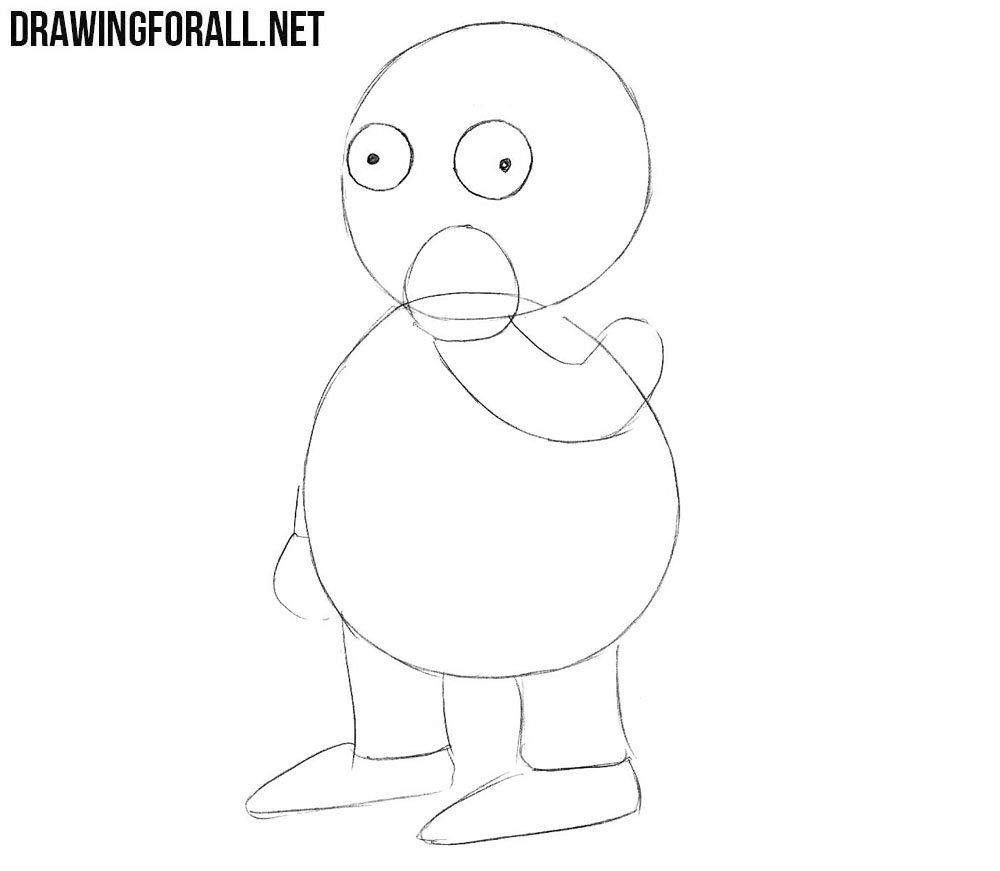 Now go to the top of the head and draw the hair with long and slightly curved lines. 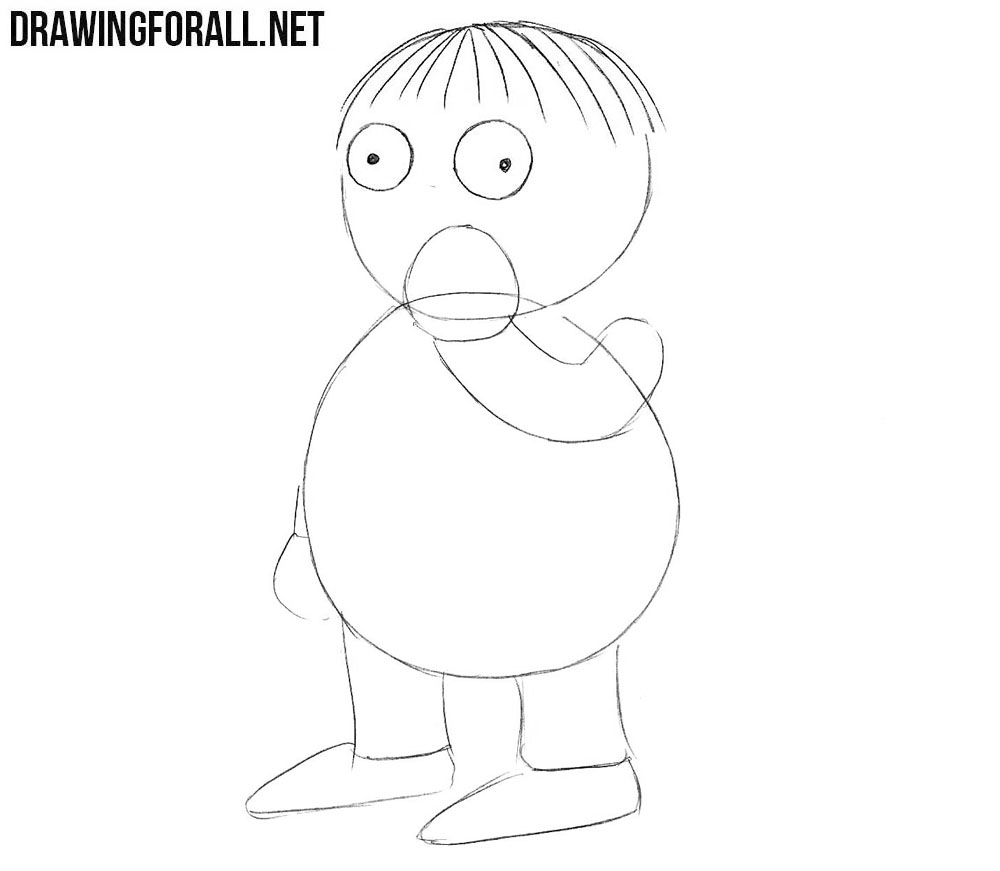 A very simple step in which we draw out the outlines of the face and small ear. 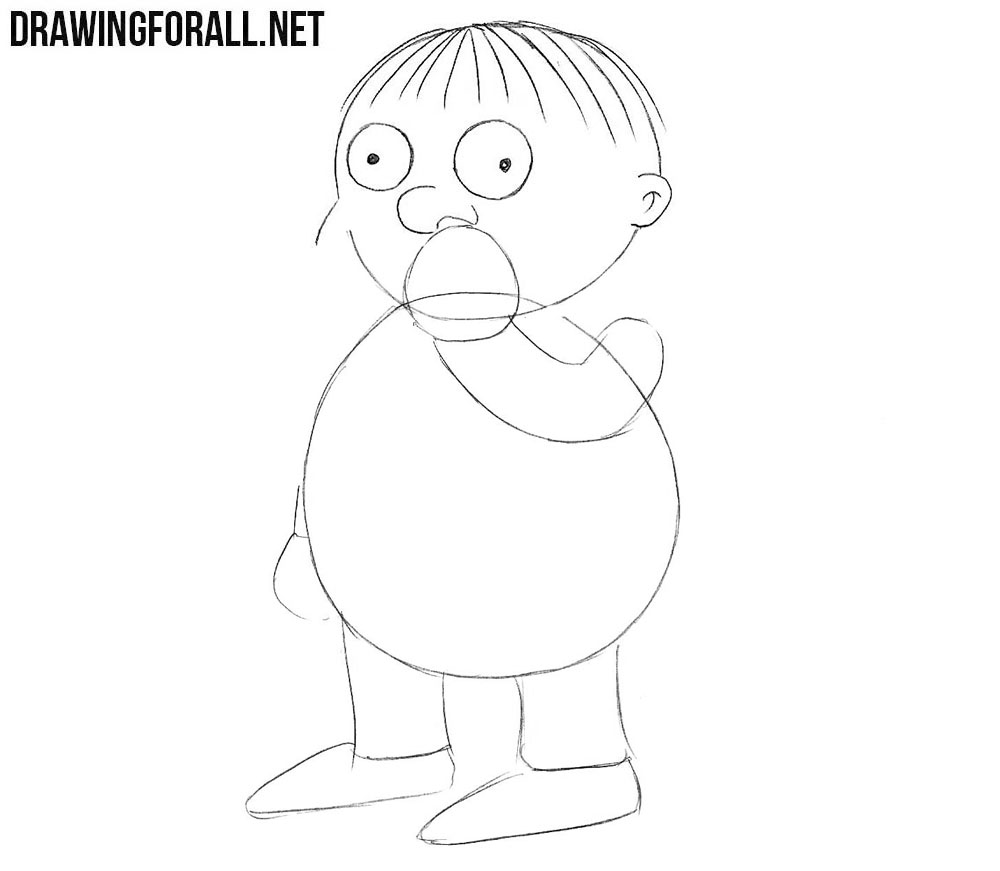 This step will be more difficult, here we draw Ralph’s nose, a hand in the nose and smiling mouth. 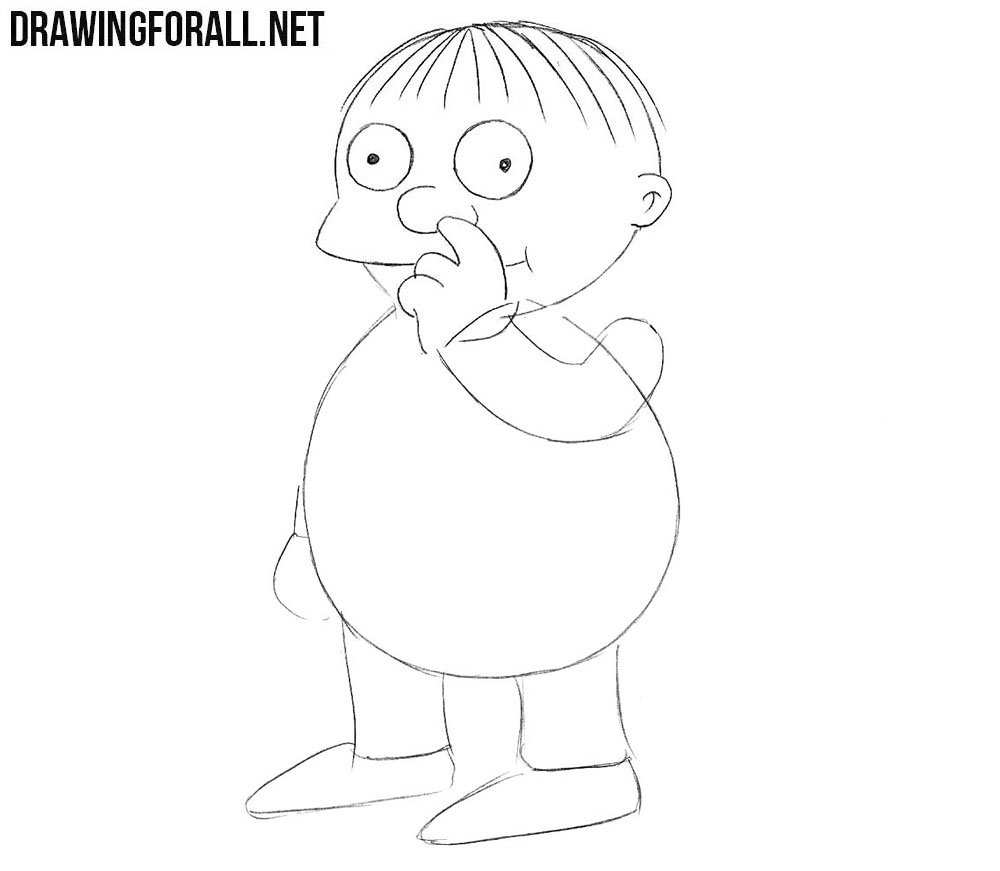 Another one very simple step where we will draw the neck and outlines of the collar of the shirt. 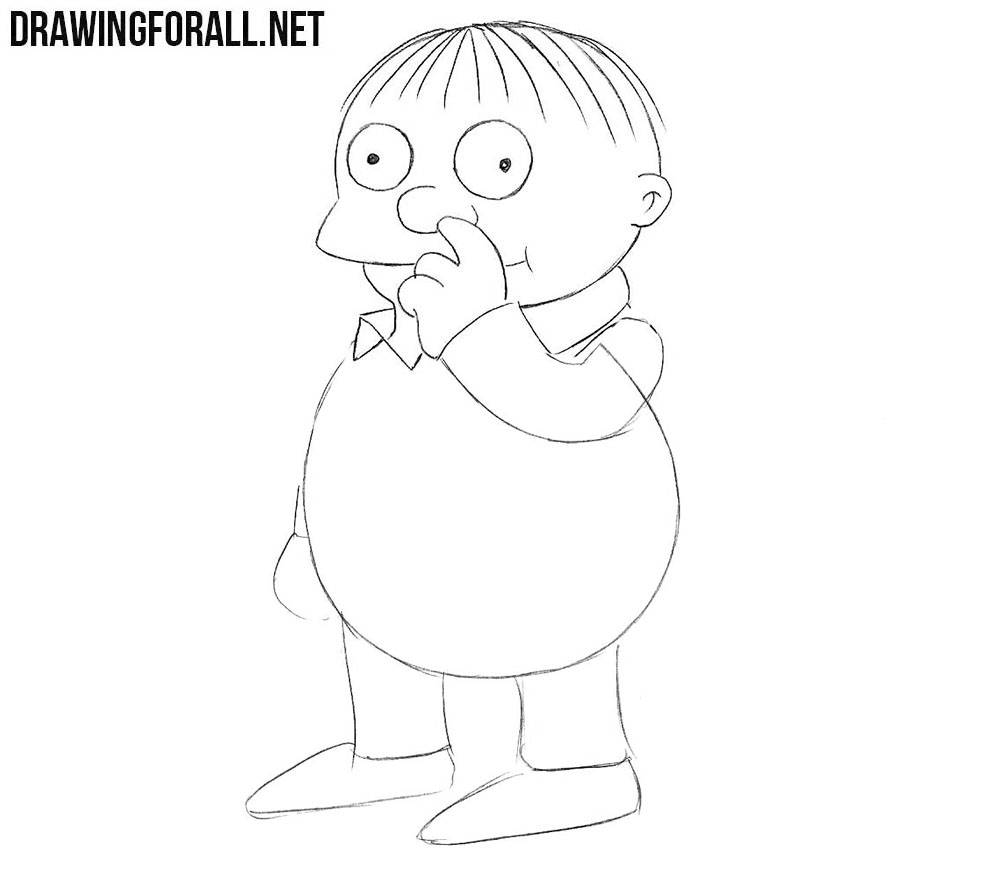 With the help of smooth and slightly curved lines draw out the outlines of Ralph’s arm and round belly. 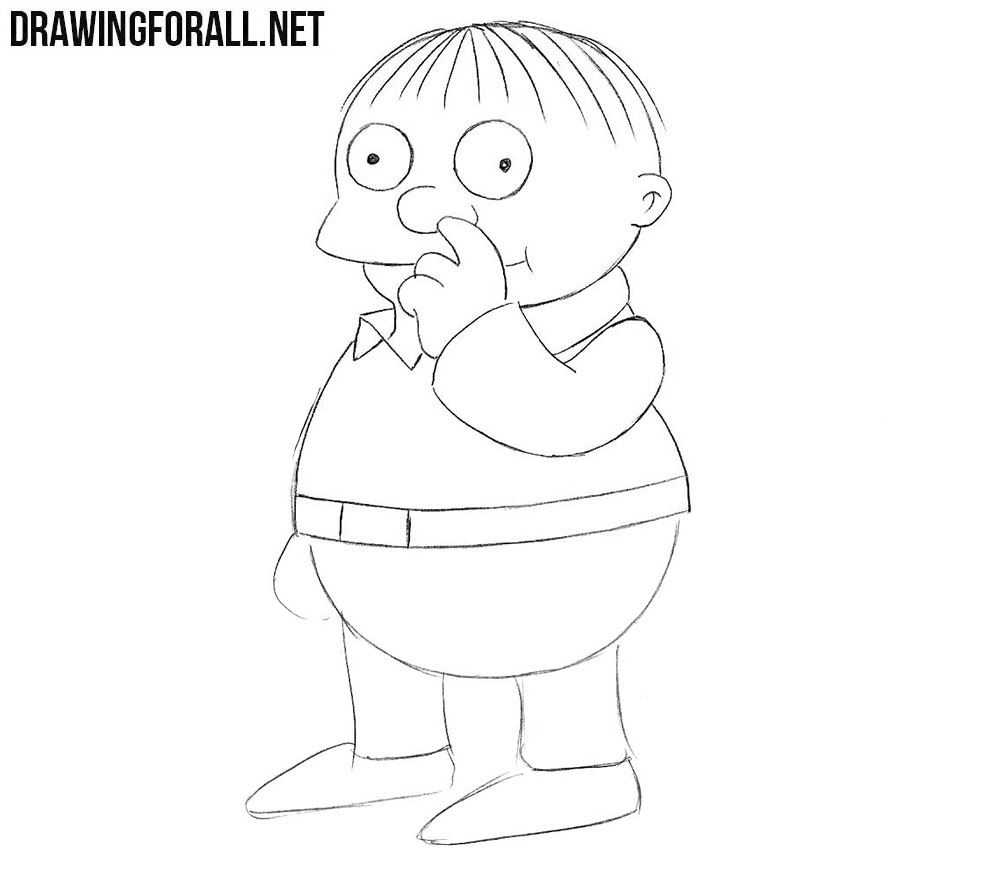 Now draw out the belt, the lower part of the torso and the pants slightly widening downwards. 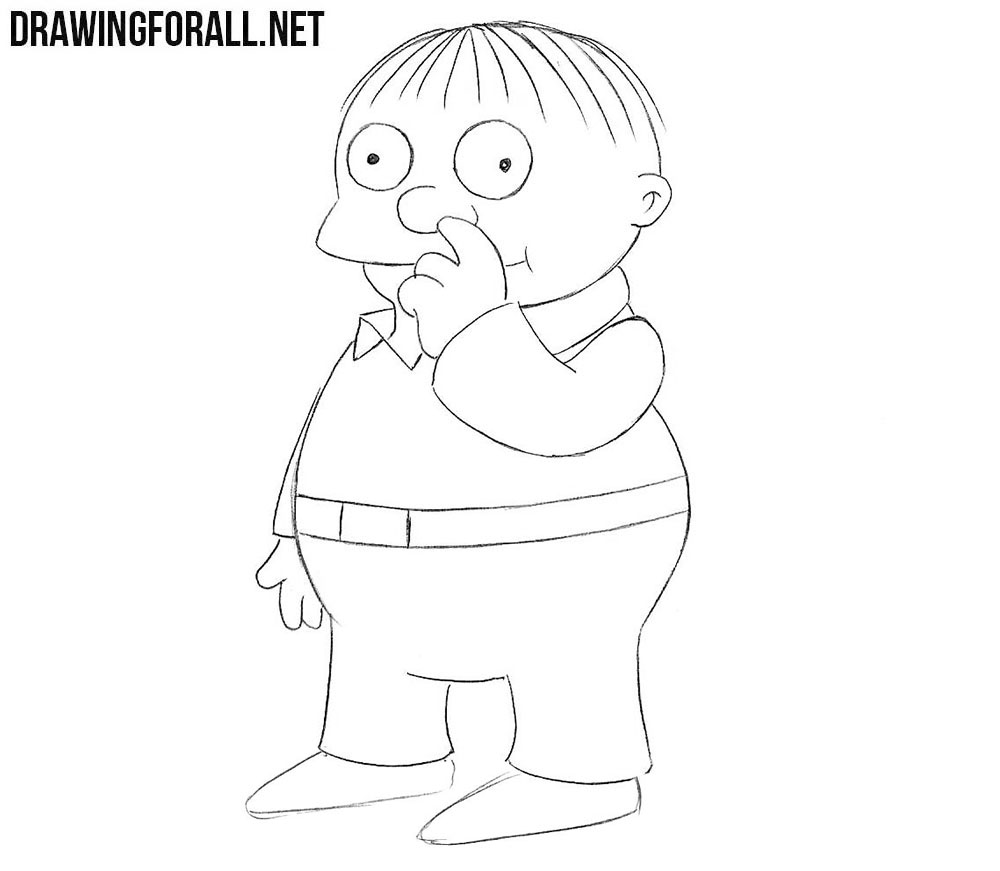 And another one very simple step in which we will draw out the simple shoes of Wiggum junior.

On the DrawingForAll we published almost all the more or less significant characters from the Simpsons. But there are still a lot of very little known characters from this wonderful series, so write to us, who else would you like to see on our site. Your opinion is very important to us, so write what you think about our site and the drawing lessons that we create.