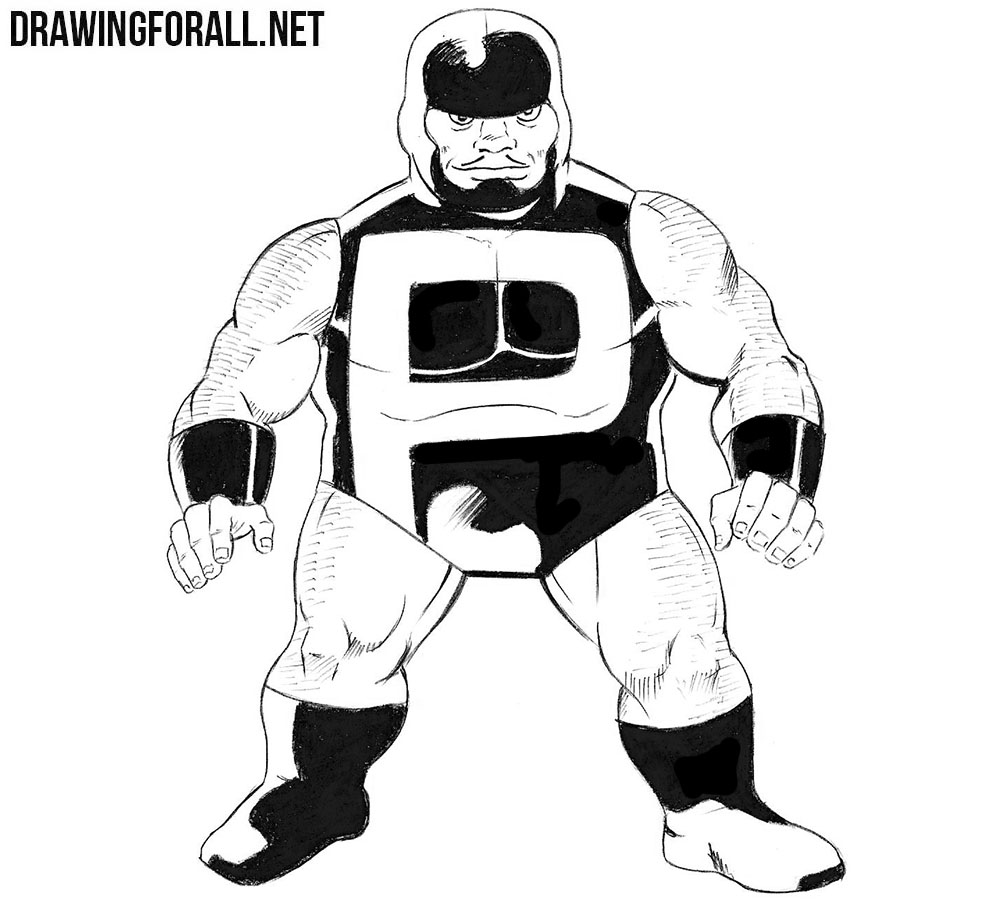 Our site is full of drawing lessons about very famous superheroes such as Wolverine and Spider-Man. But today we want to show less well-known character from the comics in the lesson about how to draw Puck from Marvel.

Let’s start with the skeleton. As you can see, this is a fairly low and broad character, so the skeleton should also be quite stocky. First of all, we sketch out the head, the line of the spine, on which the thorax and pelvis are located. Using simple lines sketch out the arms and legs. 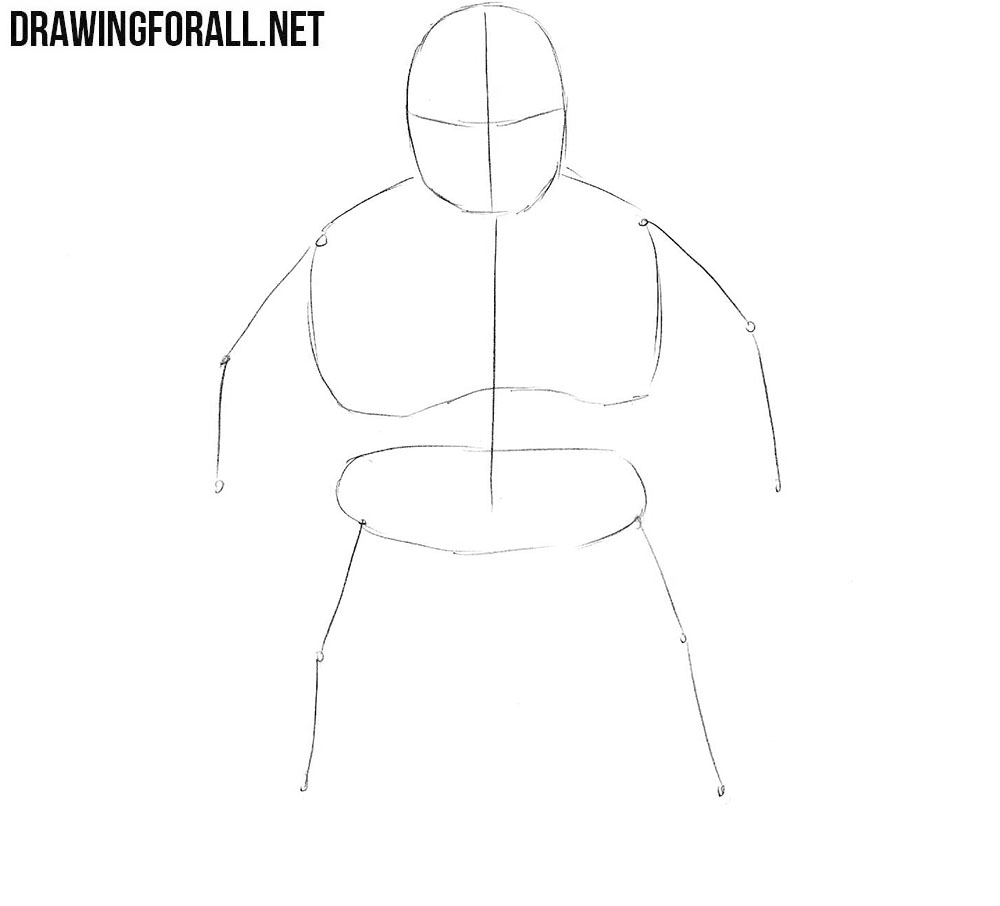 Now, with the help of simple geometric figures sketch out a torso, arms and legs. Recall again that this character must be very low and wide, as shown in our example. By the way, the lines on the first three steps should be very light, so that in the future it would be easier to erase them. 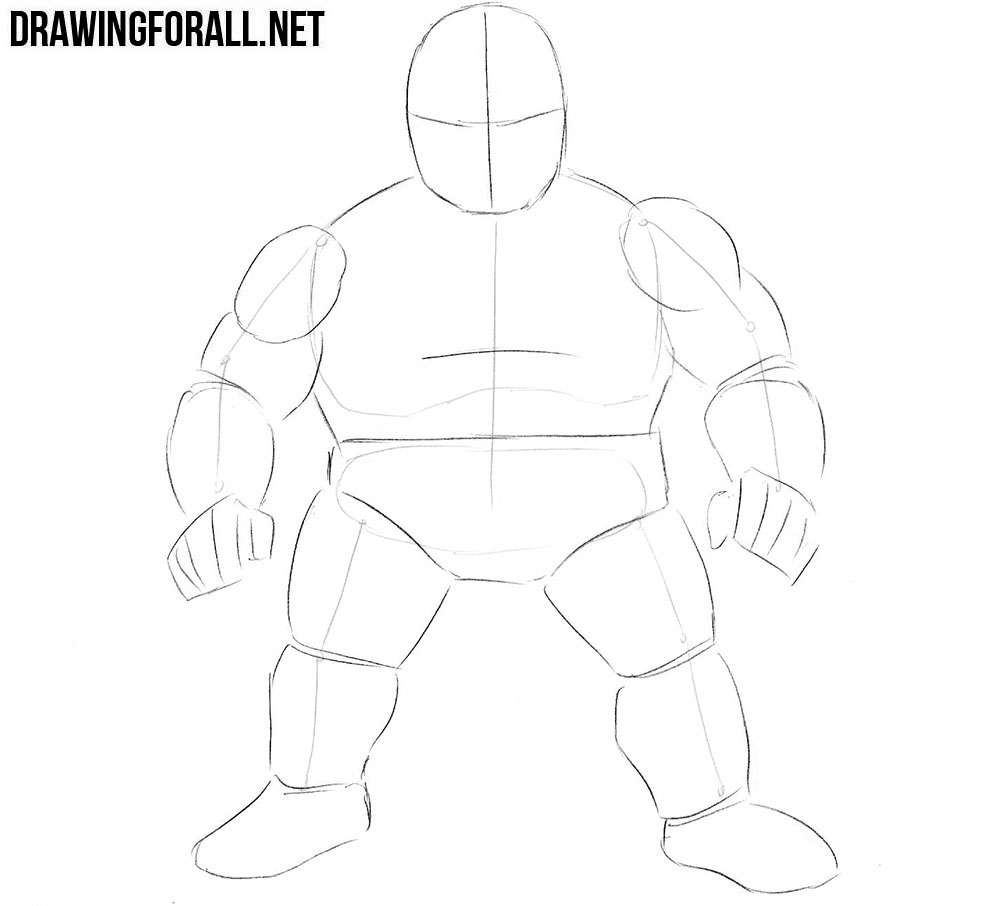 In this step we will outline the details of the face. First, draw the eyes, nose and mouth, which are located on the intersecting lines from the previous step. With the help of light lines sketch the outlines of the mask and ears under the mask. 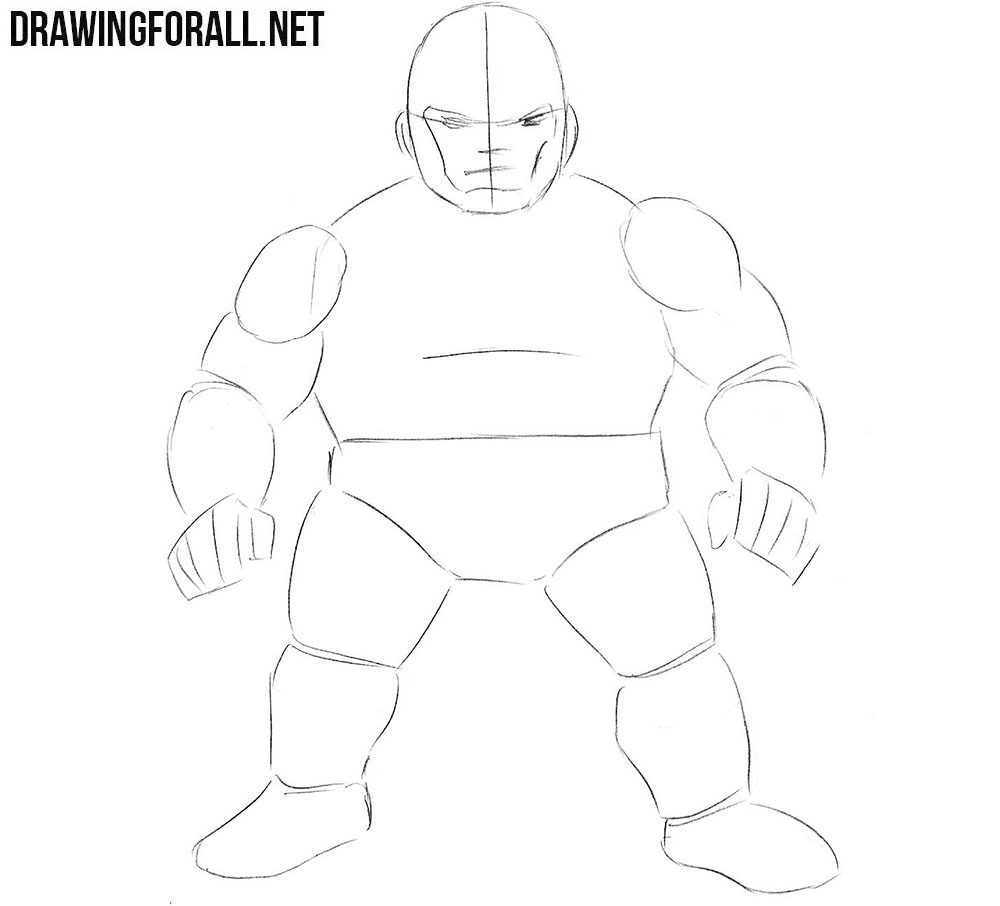 Starting with this step we will use clear and dark lines. Using such lines draw out the details of the face and outlines of the mask. Draw the wrinkles on the face and mustache and remove all unnecessary guidelines from the previous steps. 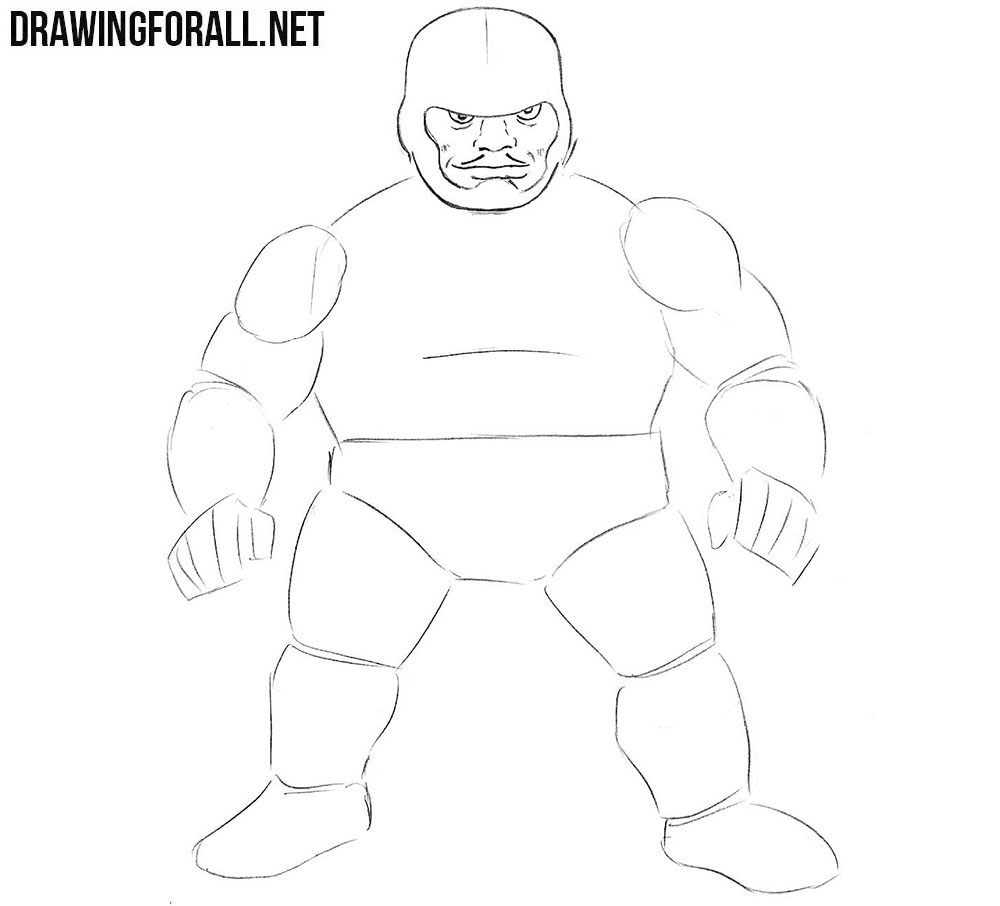 Now let’s move on to the torso. As has been said many times, this character is short and wide, so we draw out the outlines of a wide torso and wide pectoral muscles. Remove all unnecessary guidelines from the torso. On the chest draw a large letter “P” and go to the next step. 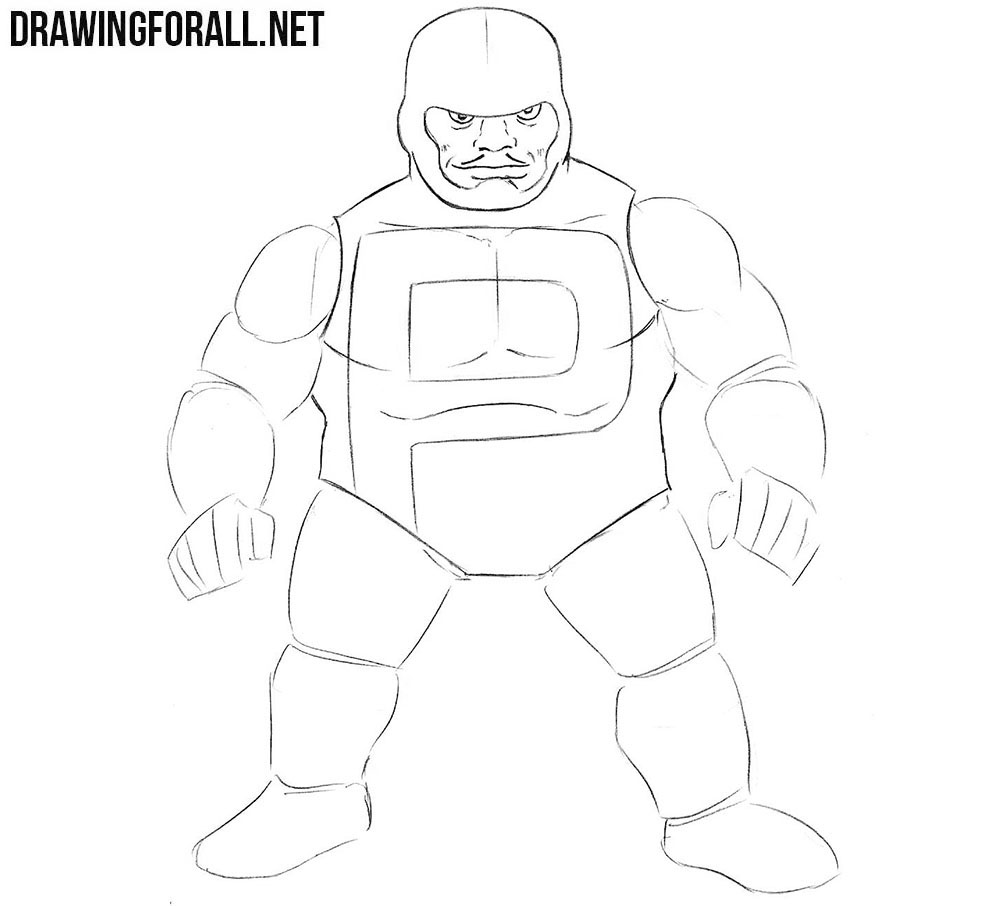 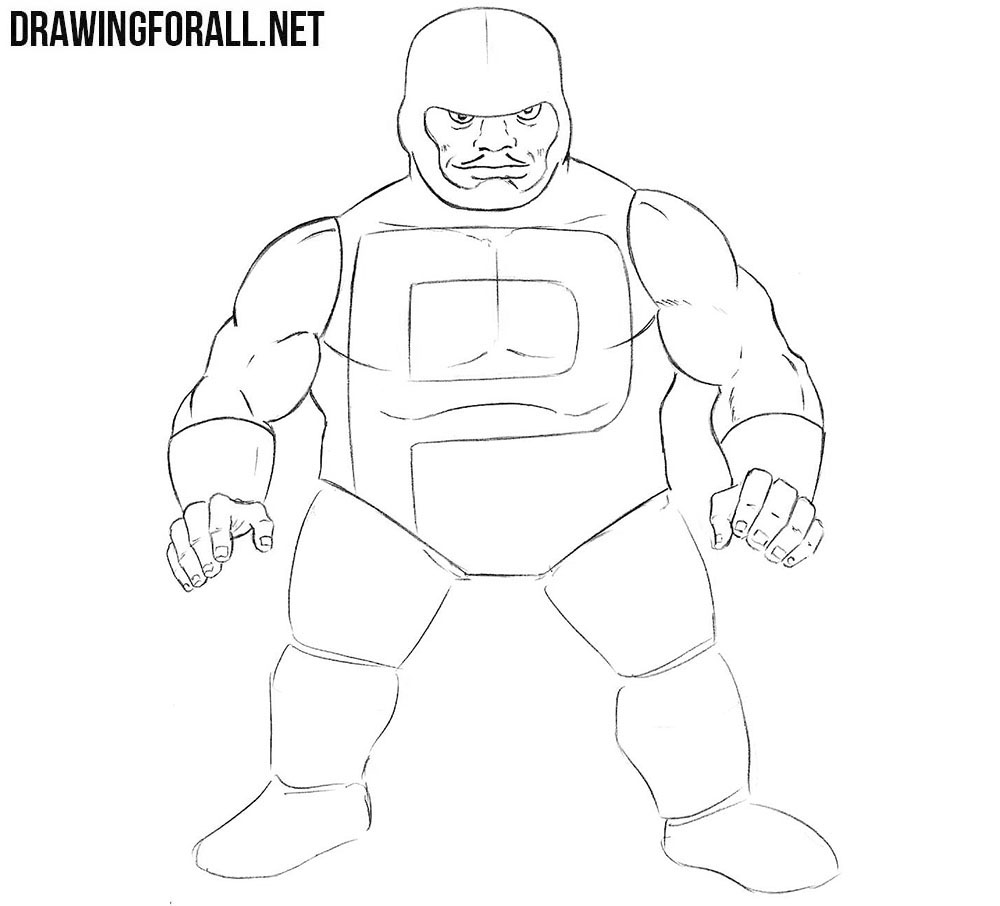 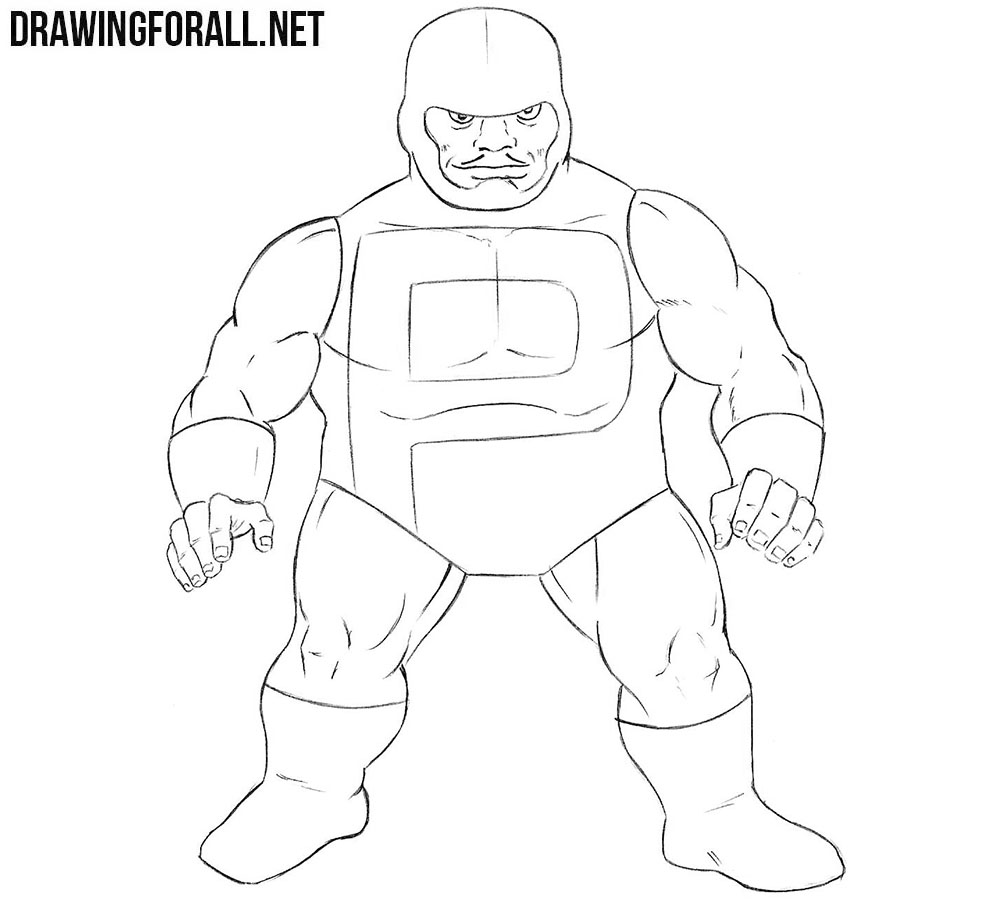 In the last step of the tutorial about how to draw Puck from Marvel we will draw shadows. With the help of short and light lines we draw hair on the arms. Next, draw out the contours of the shadows and then paint over them in solid black. To draw transitions between light and shadow use dense hatching.

We hope that our lesson was interesting and informative for you. If so, then write to us what you think about this lesson and our website in general. If you want to support us, then share this lesson with your friends and subscribe to us on social networks.