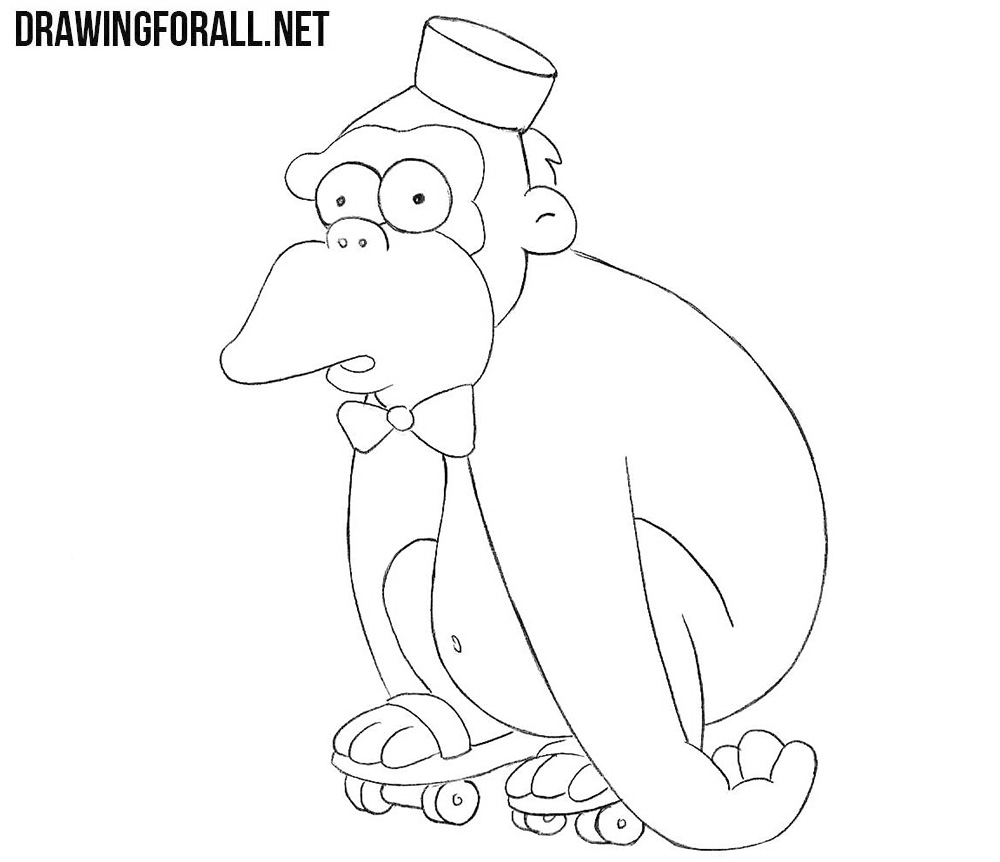 Our new lesson of drawing about the heroes of the Simpsons will be devoted to how to draw Mr. Teeny – a monkey assistant of Krusty the clown. This lesson will be very different from other lessons about the Simpsons characters, so let’s start this unusual lesson.

First of all draw round eyes and upturned nose of our little monkey. 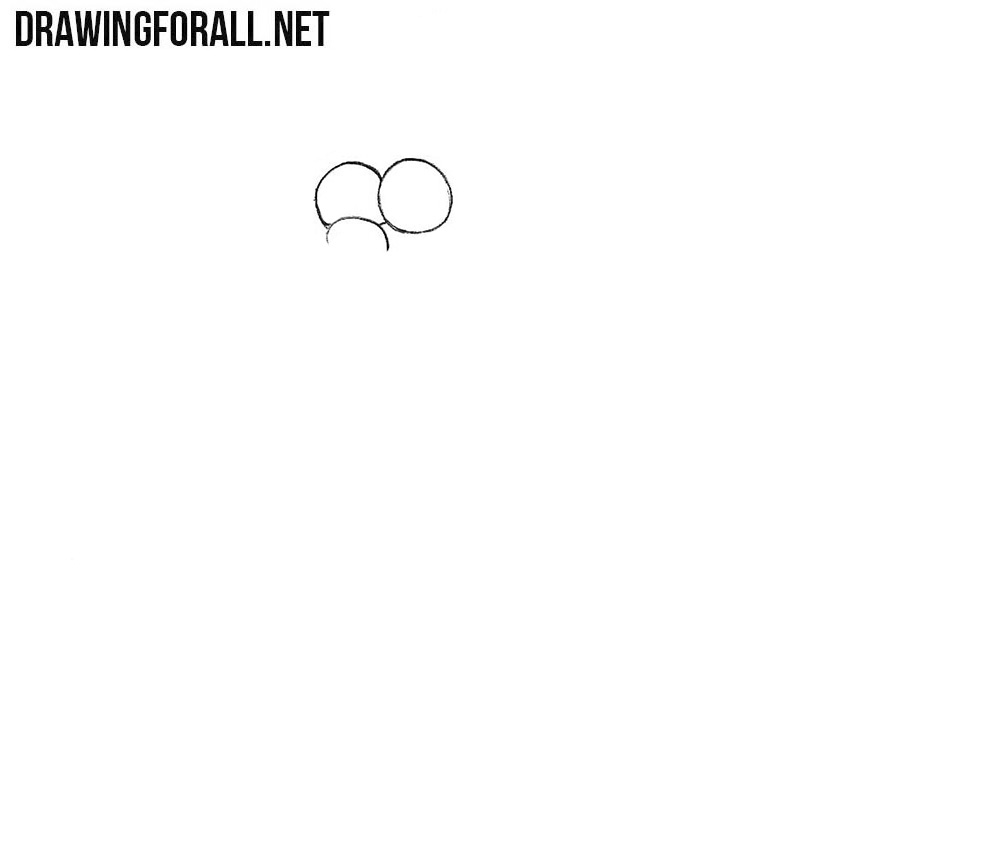 A very simple step – in it we need to draw nostrils and pupils of Mr. Teeny. 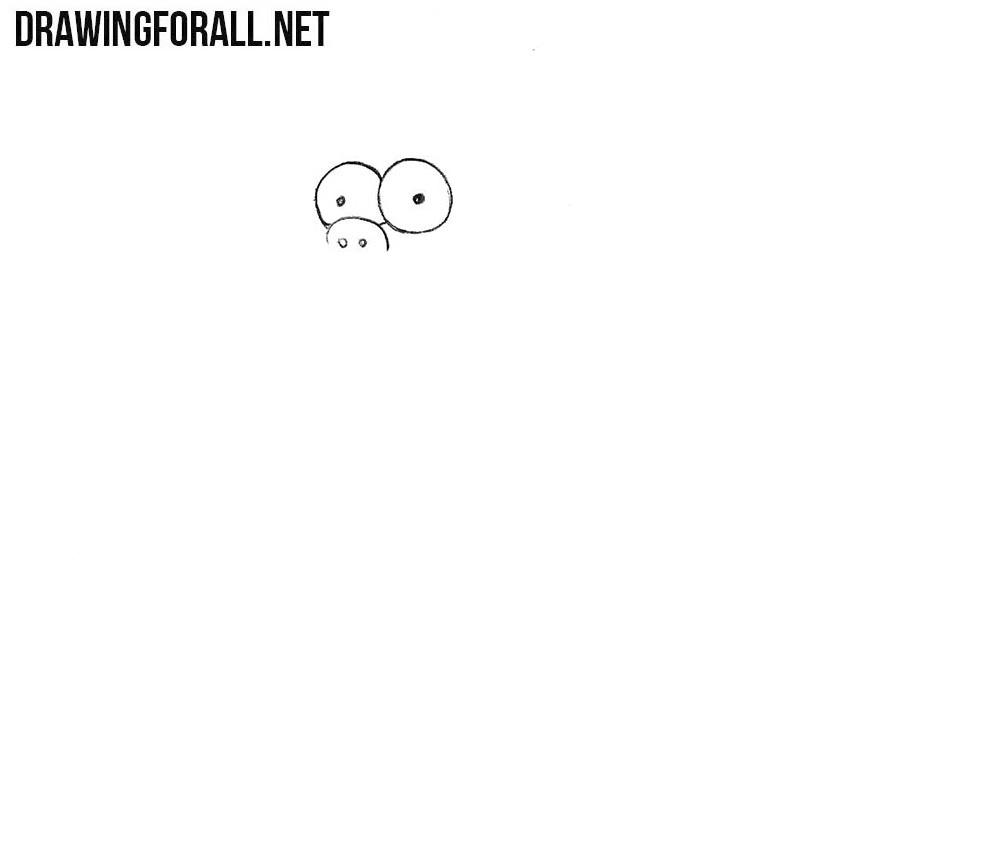 Now draw the outlines of a large muzzle and mouth of our funny character. 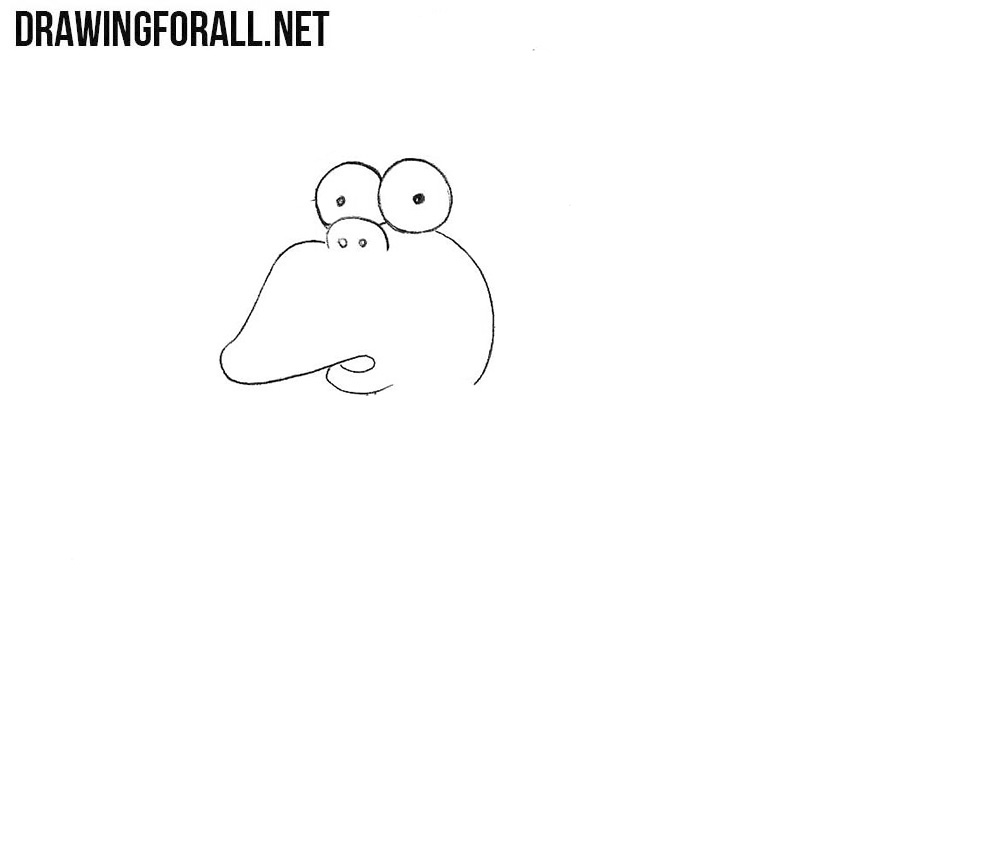 This step will be even easier than the previous steps – just draw superciliary arches. 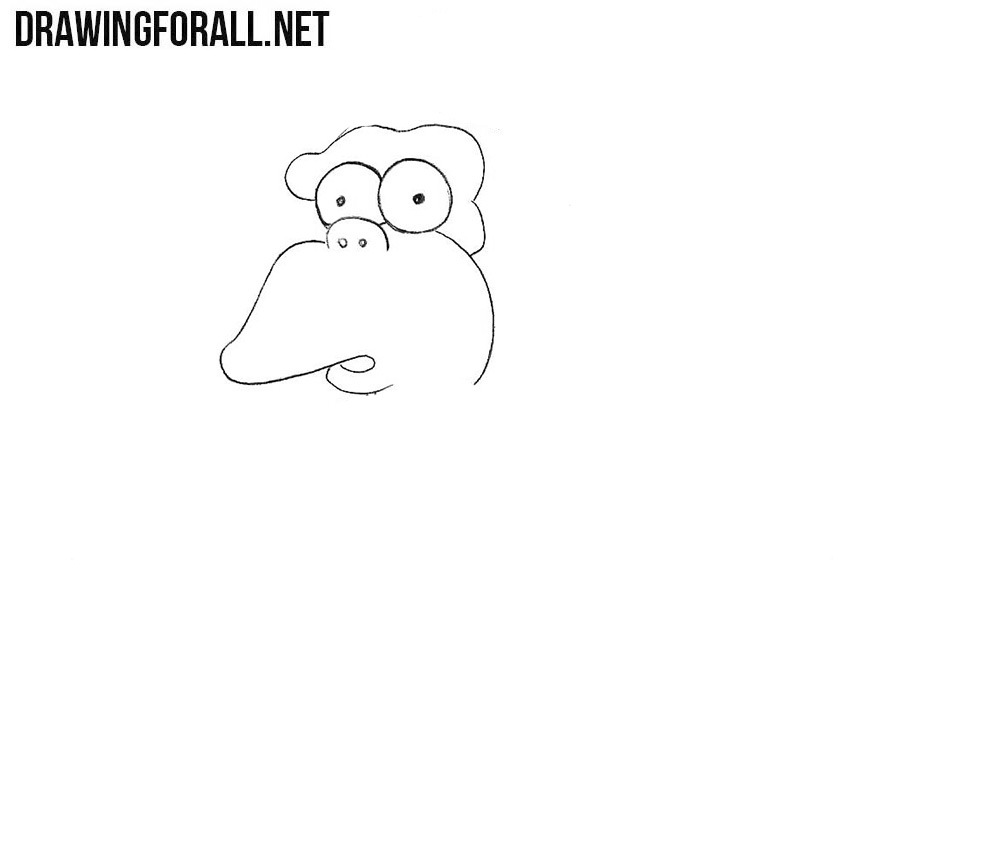 Now draw a forehead and a cylindrical hat. Under the head draw out a bow tie. 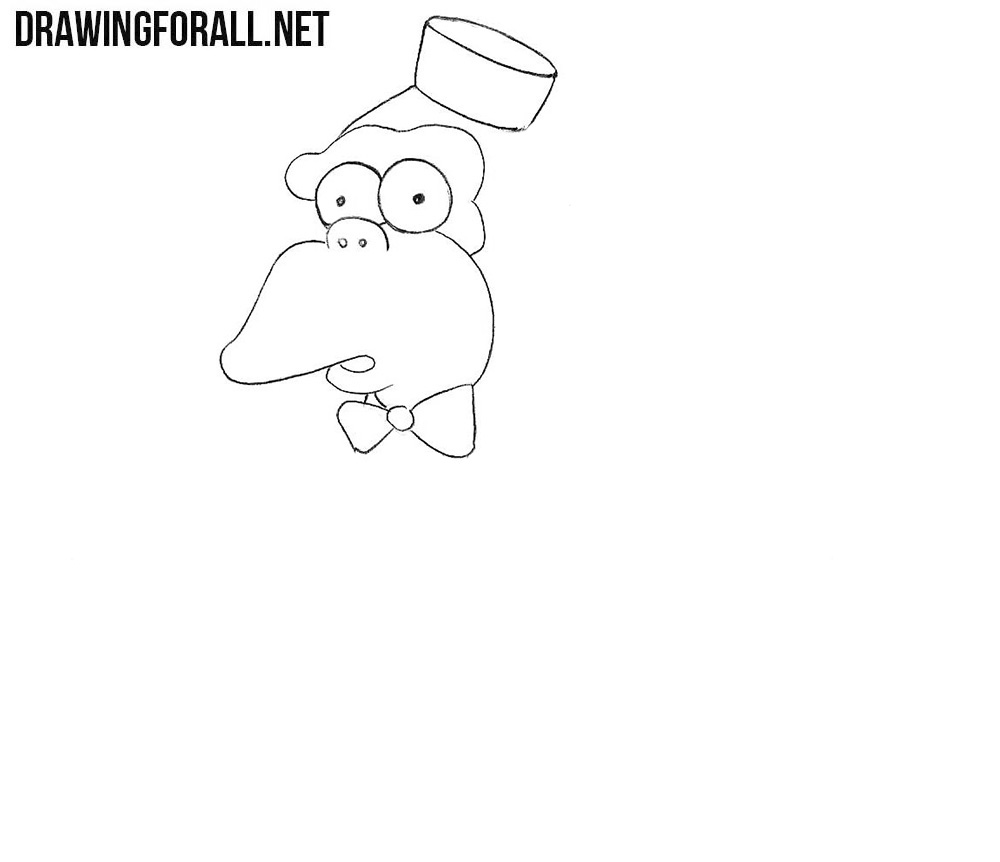 Now draw a round ear, the outline of the hair between the ear and the hat and the thread of the hat. 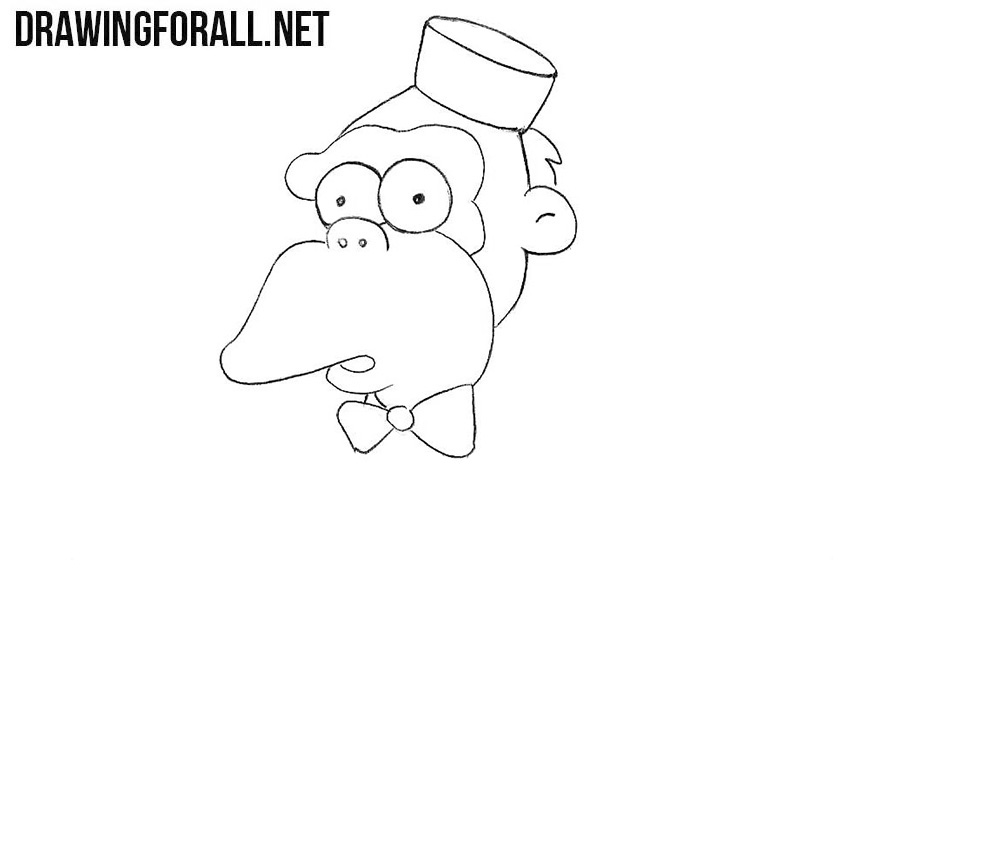 With the help of two long and curved lines draw out outlines of the torso. 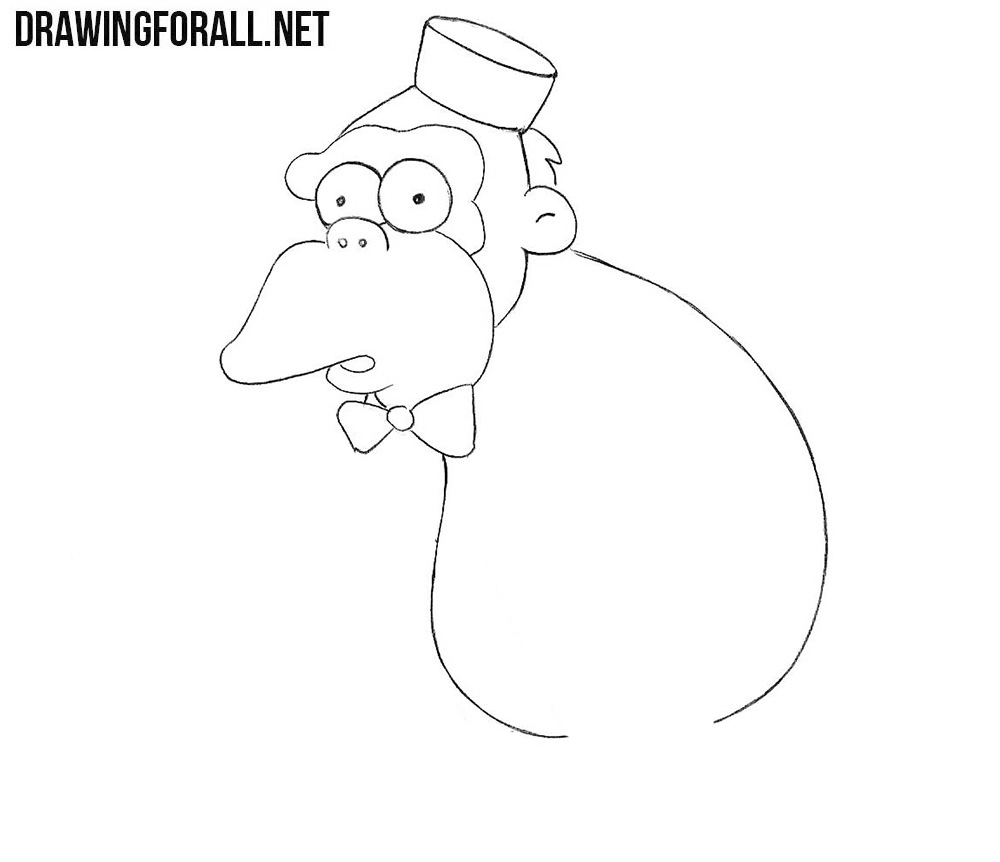 Now we need to draw out the long monkey arms with large palms of Mr. Teeny. 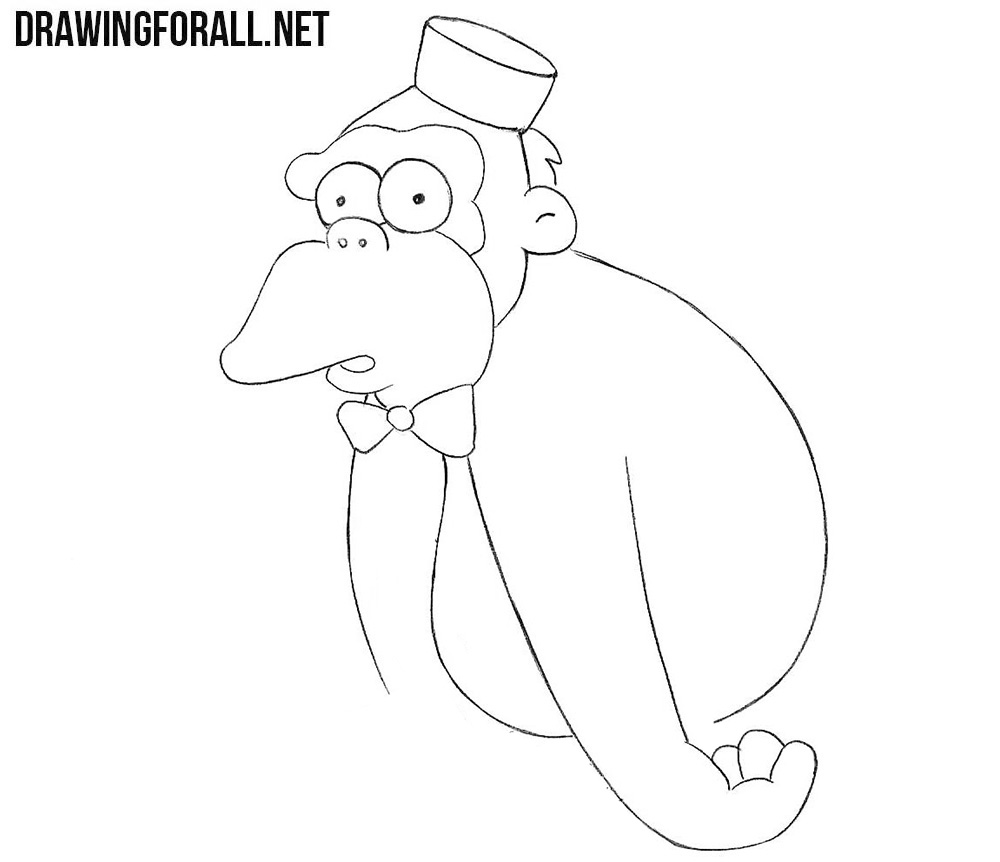 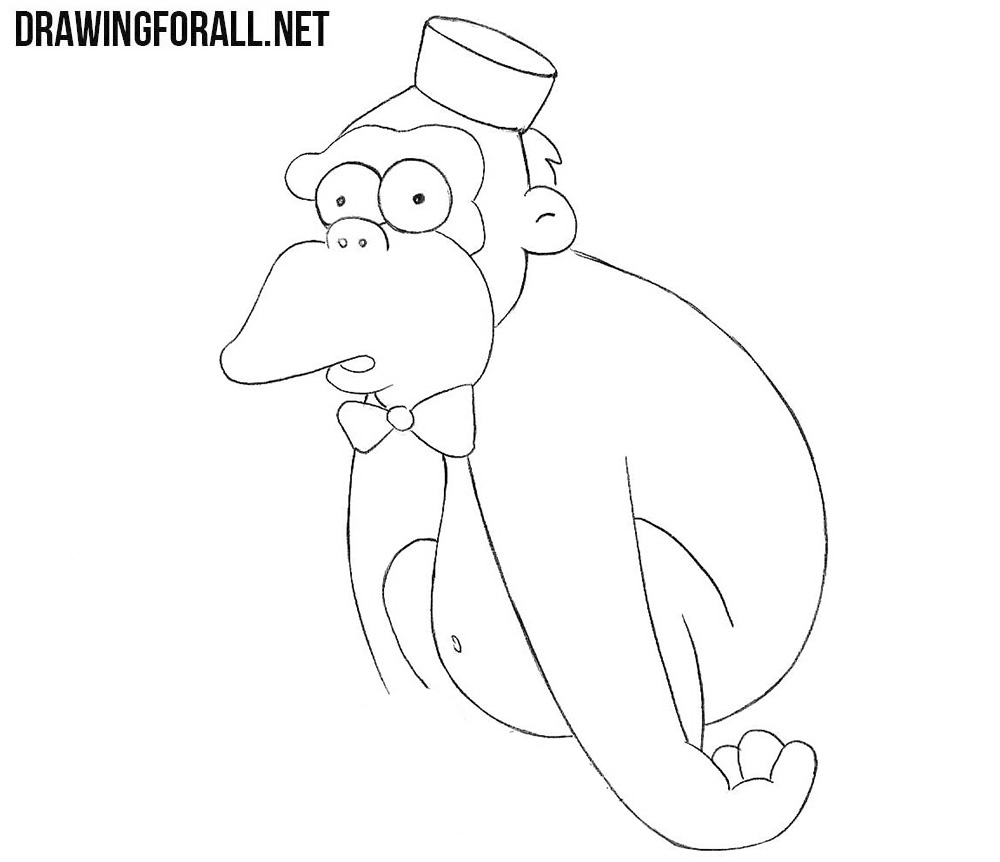 Here we draw out monkey toes and stripes of roller skates, without which Mr. Teeny can’t be imagined. 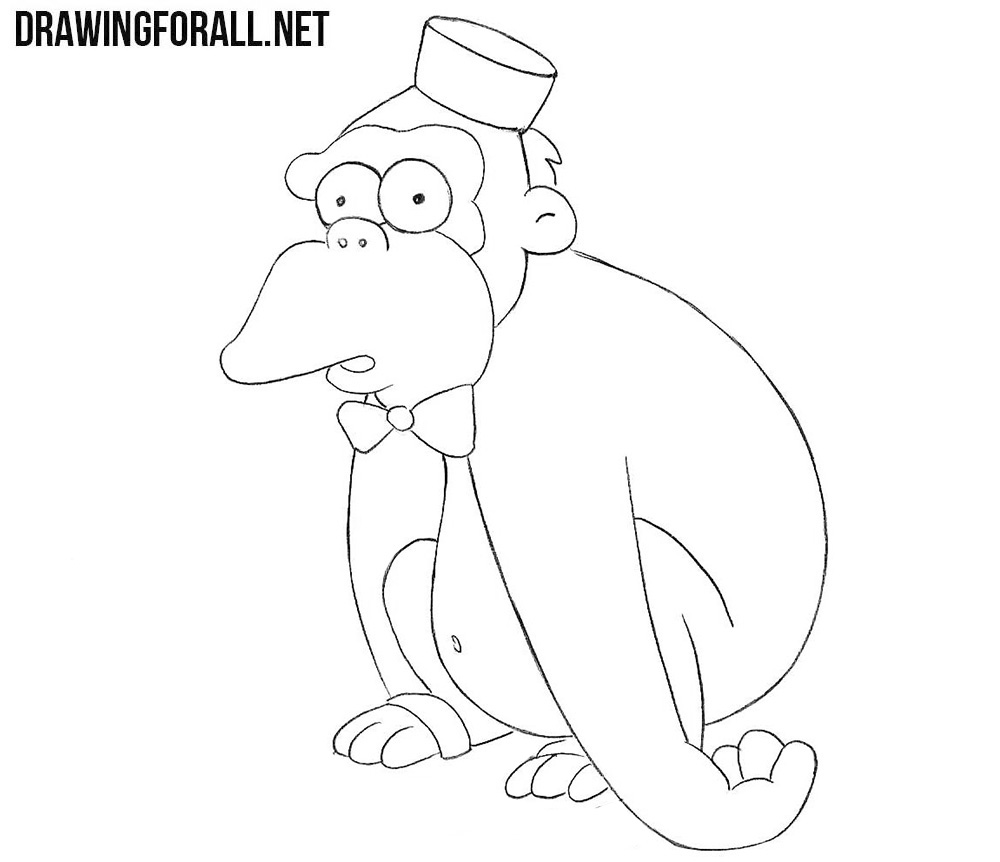 And in the last step we need to draw out the roller skates of Mr. Teeny.