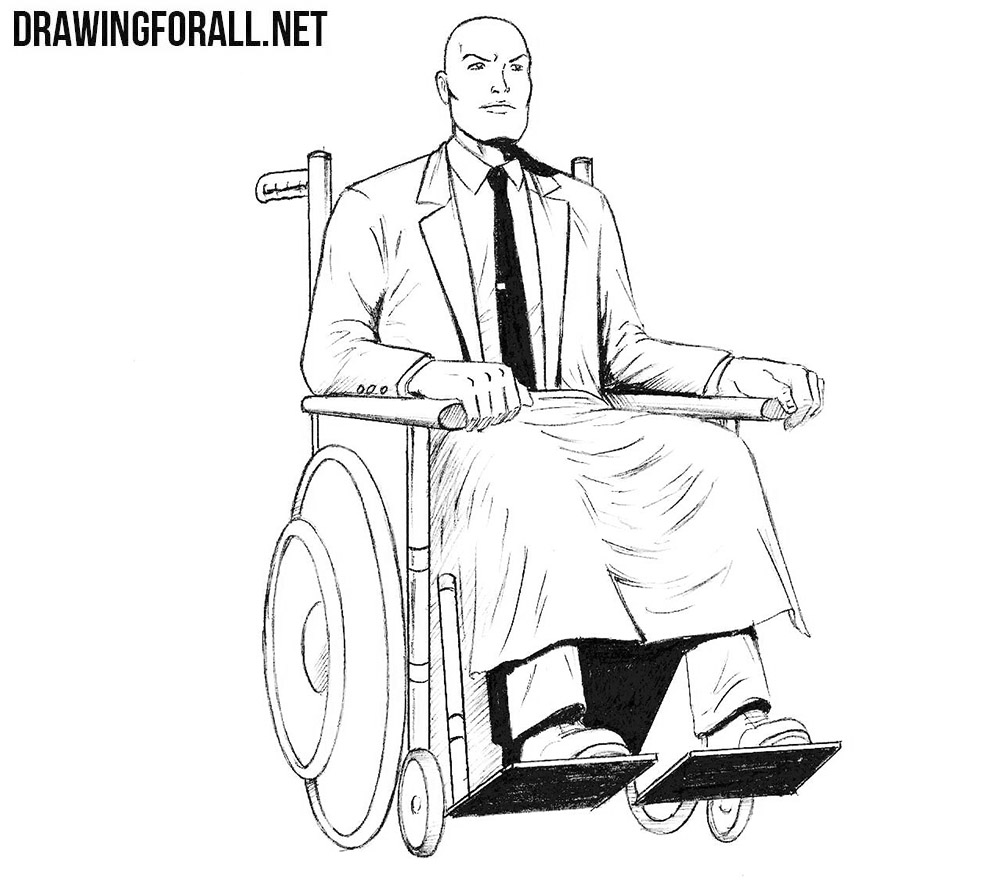 In our opinion, one of the most wise and charismatic comic characters is Professor Charles Xavier, the leader and founder of the X-Men. We have already created drawing lessons about all the famous characters from X-Men team, and today we want to show you how to draw Professor X.

Let’s start with the skeleton of Professor X. First, sketch out the head of Charles, then draw a line of the spine, on which we will sketch the thorax and the pelvis. Next, outline the bent arms and legs with very light and simple lines. It is very important to remember that the lines in this step should be drawn with very light lines. 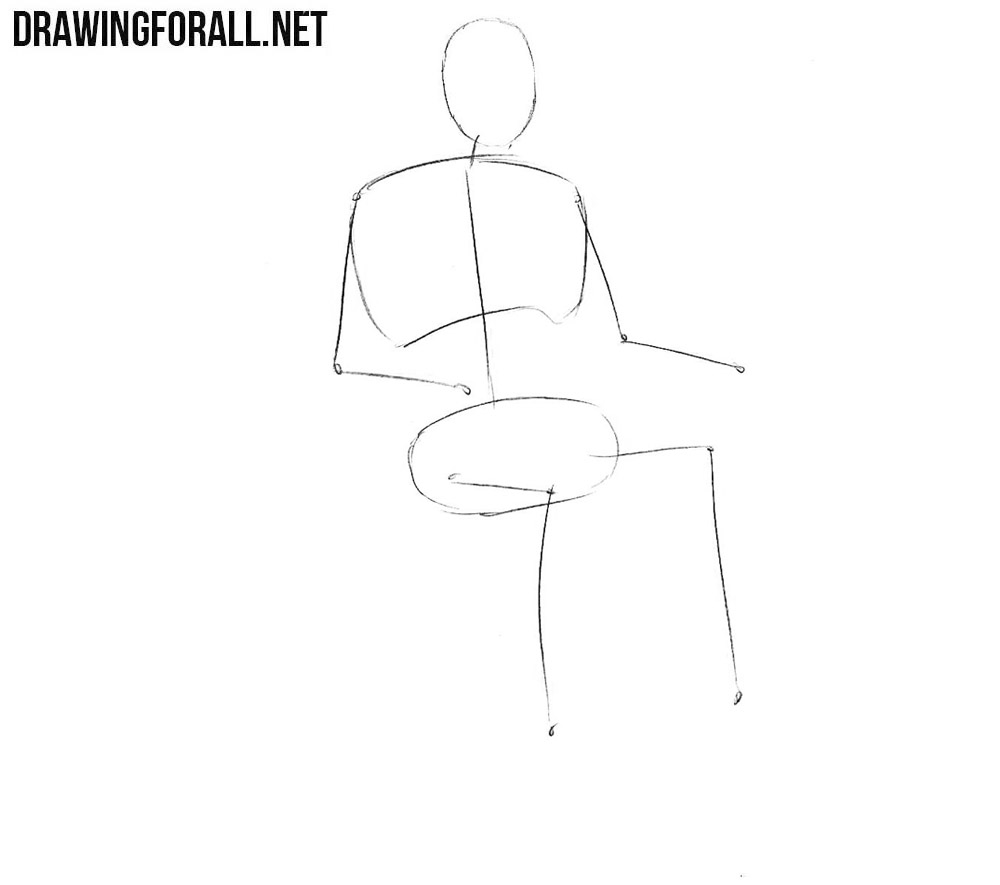 Draw two lines intersecting in the center of the face. Next, we sketch out the neck and outlines of the torso. With the help of very simple geometric shapes we sketch the outlines of arms and legs. Note that body parts should not be too massive, since Professor X does not need giant muscles to be one of the most powerfull mutant. 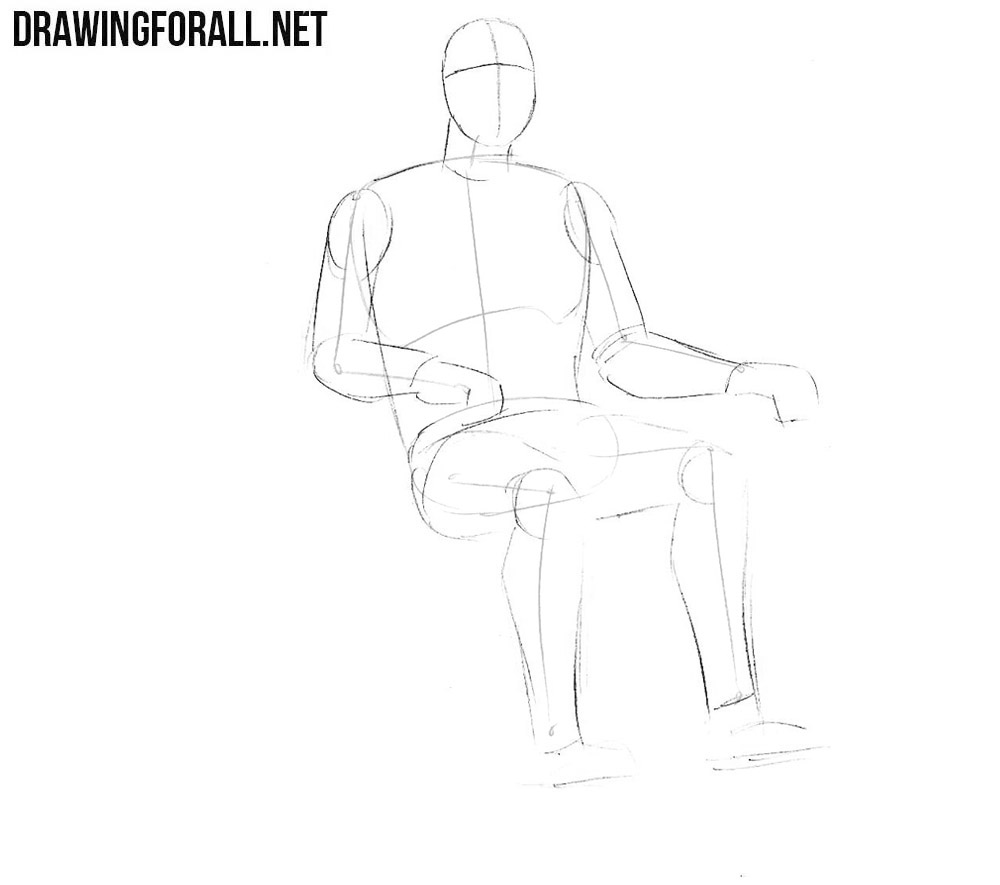 Simultaneously, a simple and difficult step. Here we will need to sketch out the outlines of wheelchair of Professor X. First of all, we will sketch out the handles behind the professor. Next, sketch the armrests under the arms and outlines of large wheels. At the end of the step, we sketch the footplates. 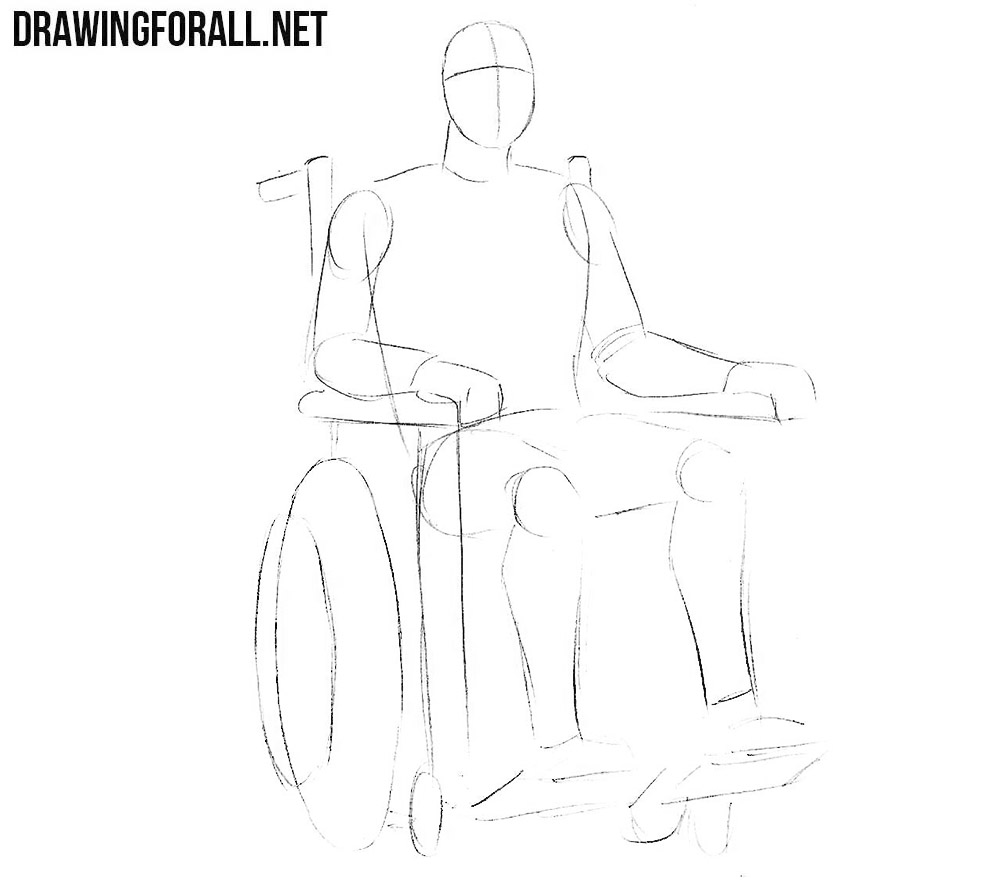 Starting with this step, we will use very clear and dark lines. Let’s start with the head, drawing the eyes on the horizontal line, which we drew in the second step. Next, we draw eyebrows, nose and mouth. 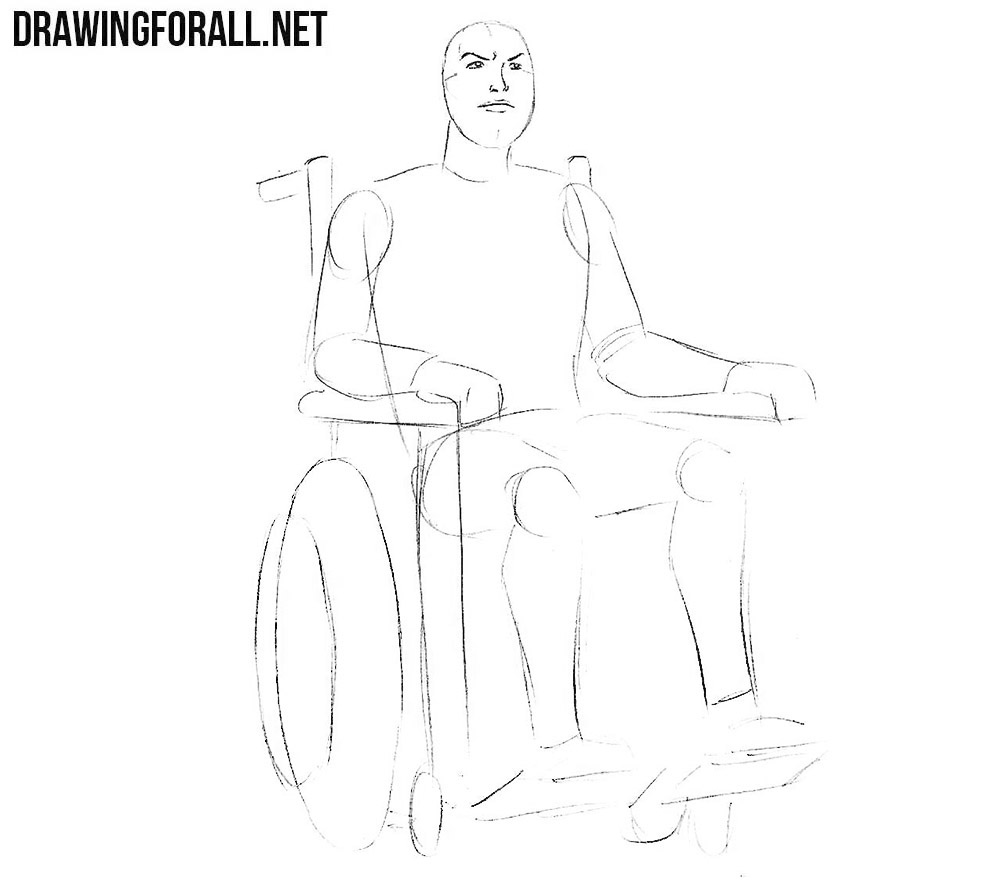 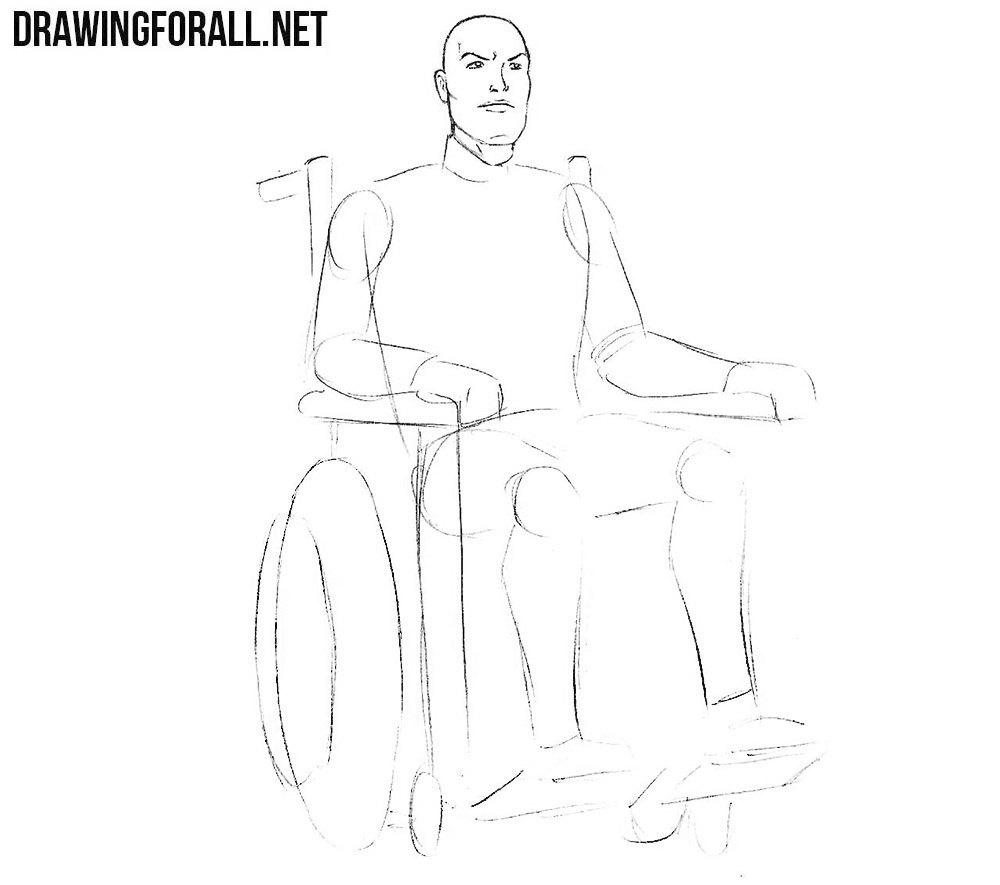 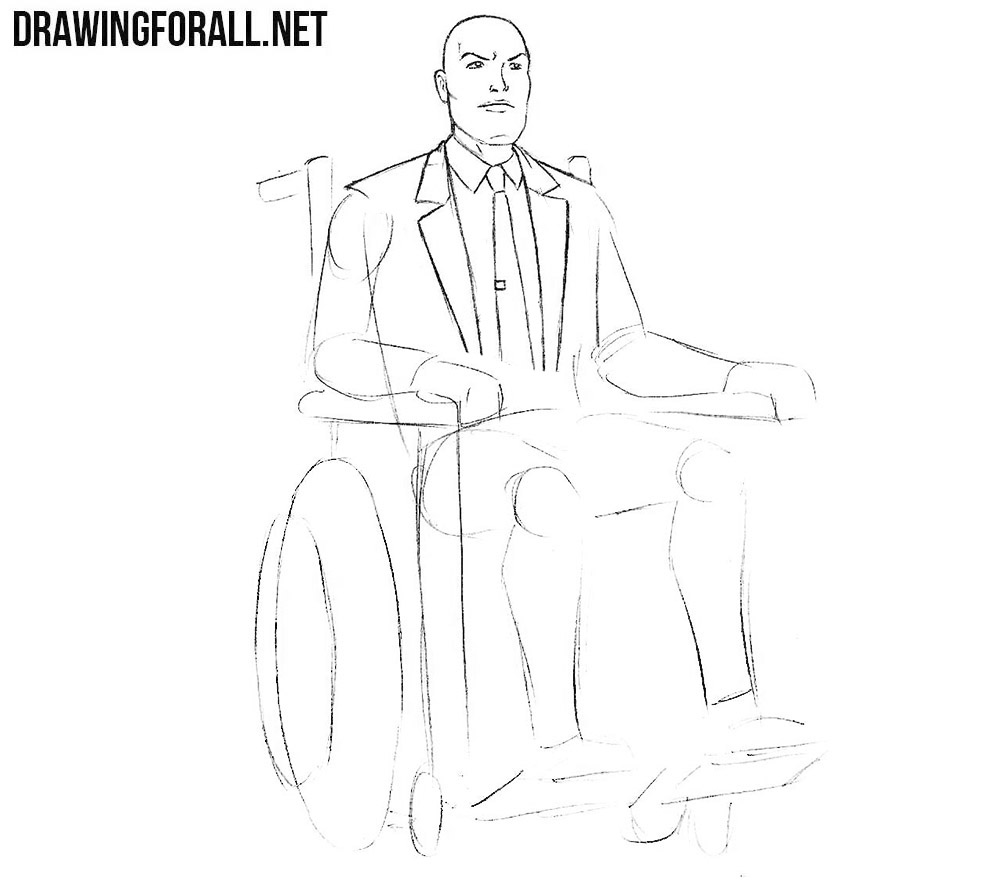 Continuing the shoulder lines, we will need to draw the outlines of the sleeves. Do not forget to sketch out the seams on the shoulders and the buttons on the sleeves. Now with the help of short lines draw the folds in the area of compression and stretching of the tissue. 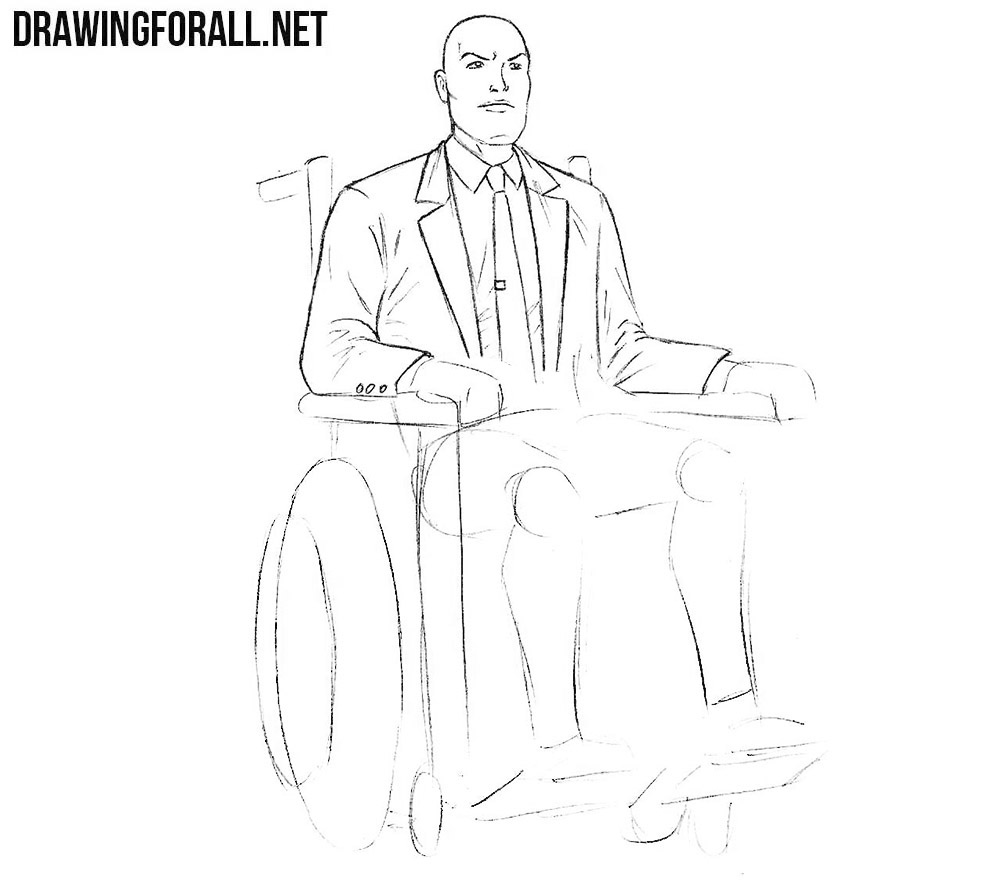 Using clear and dark lines, draw out the handles behind the Professor’s back. After that, carefully draw hands, taking into account contours of all knuckles and bents of fingers. And in order to learn more, visit the lesson on how to draw hands. 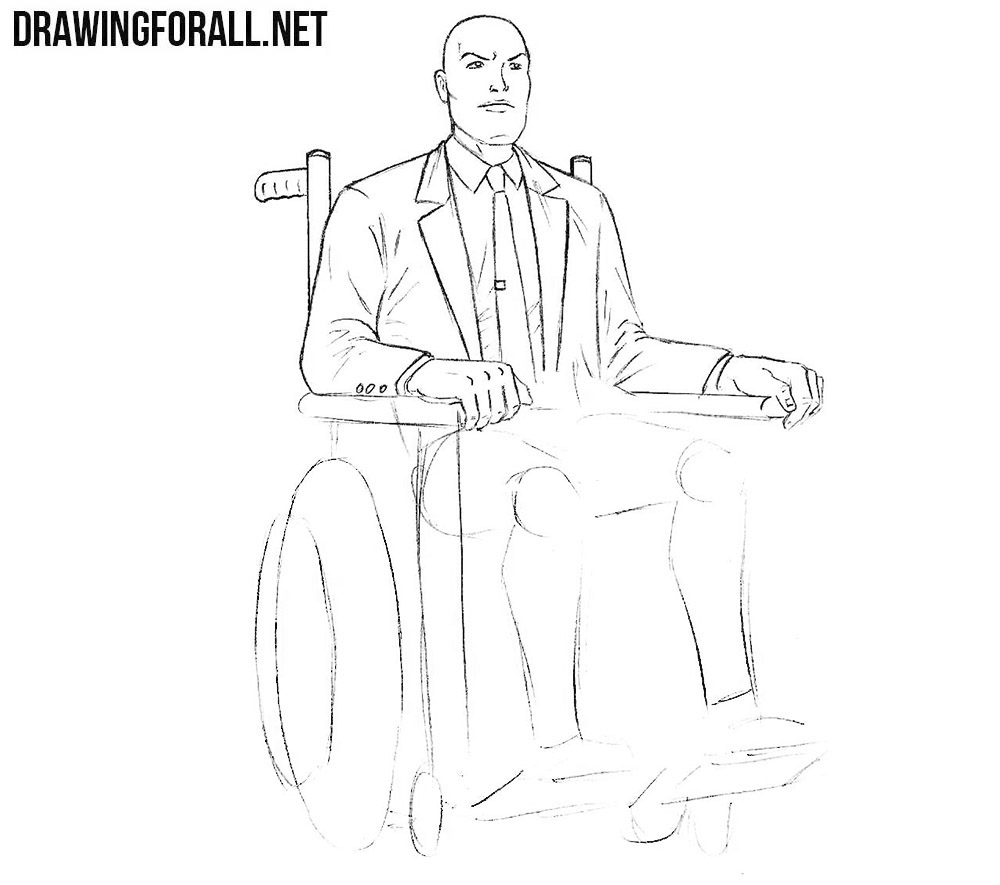 Now let’s move to the lower part of the body. Here we will need to draw a plaid that lies on the legs of Professor X. With the help of long and curved lines draw the folds of the fabric, considering the folds of the legs under the plaid. 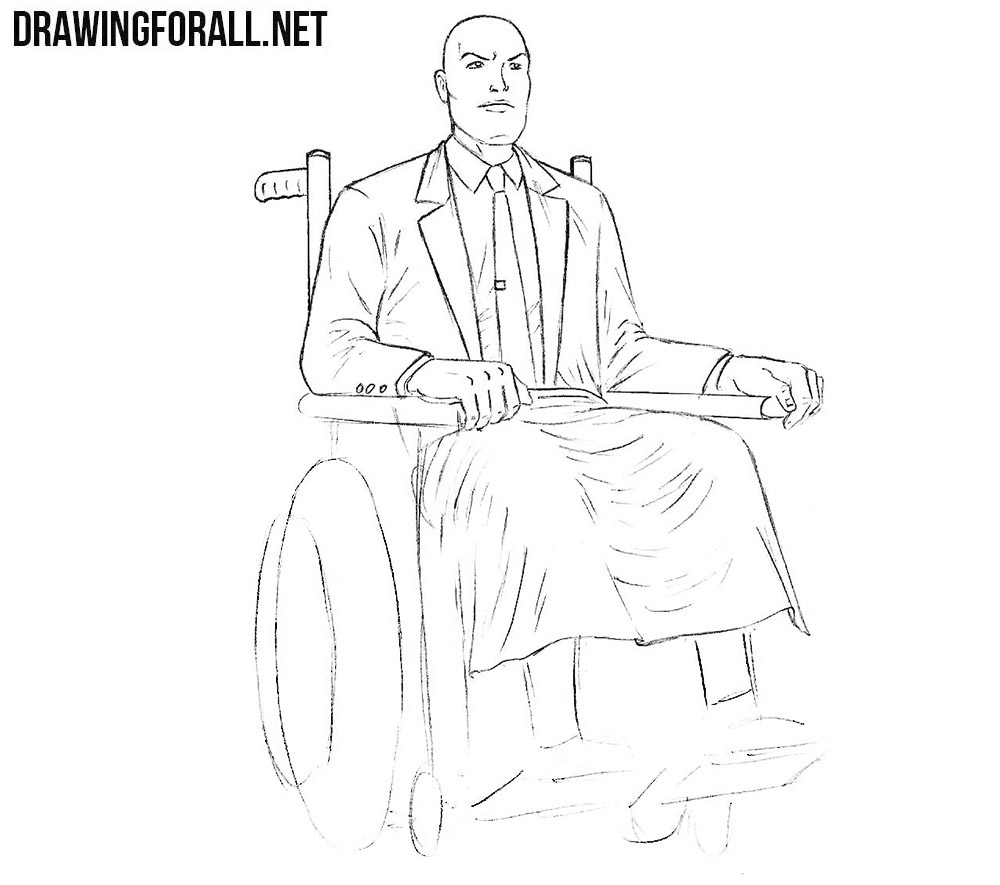 Now, using straight lines, carefully draw out the armrests and large wheels. When drawing wheels, try to make them the most smooth and rounded. In the same step, draw the bottom edge of the pants and remove all unnecessary guidelines. 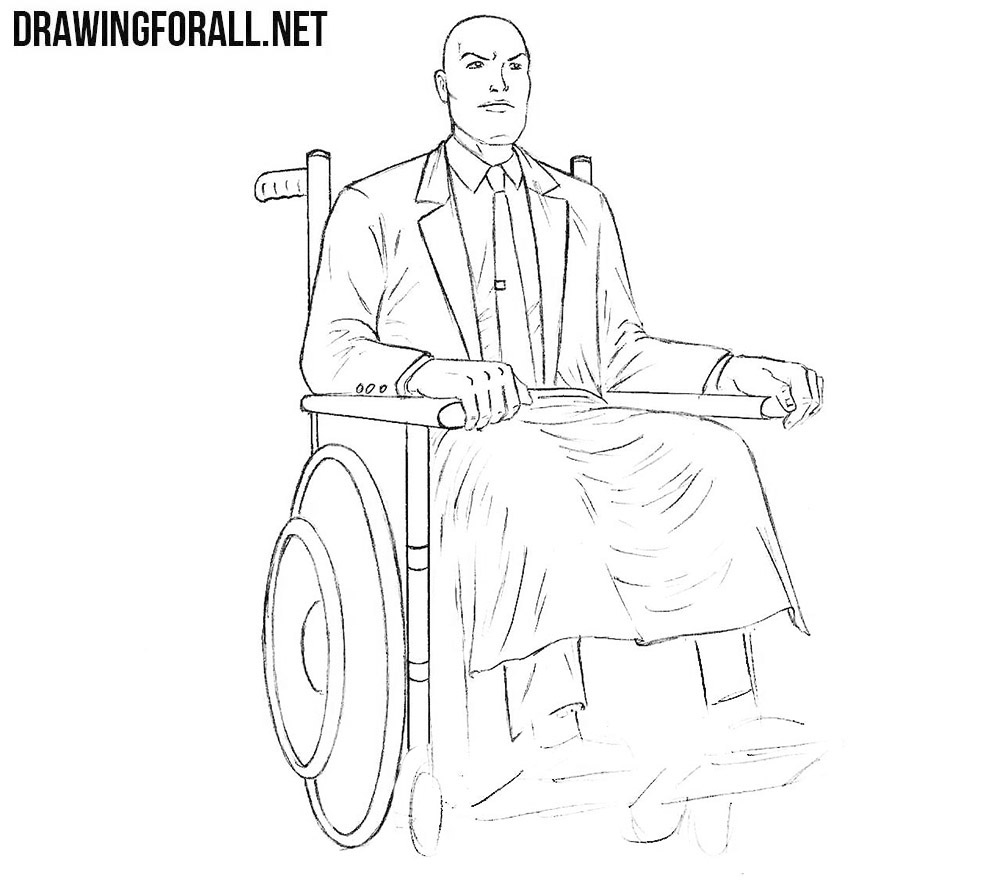 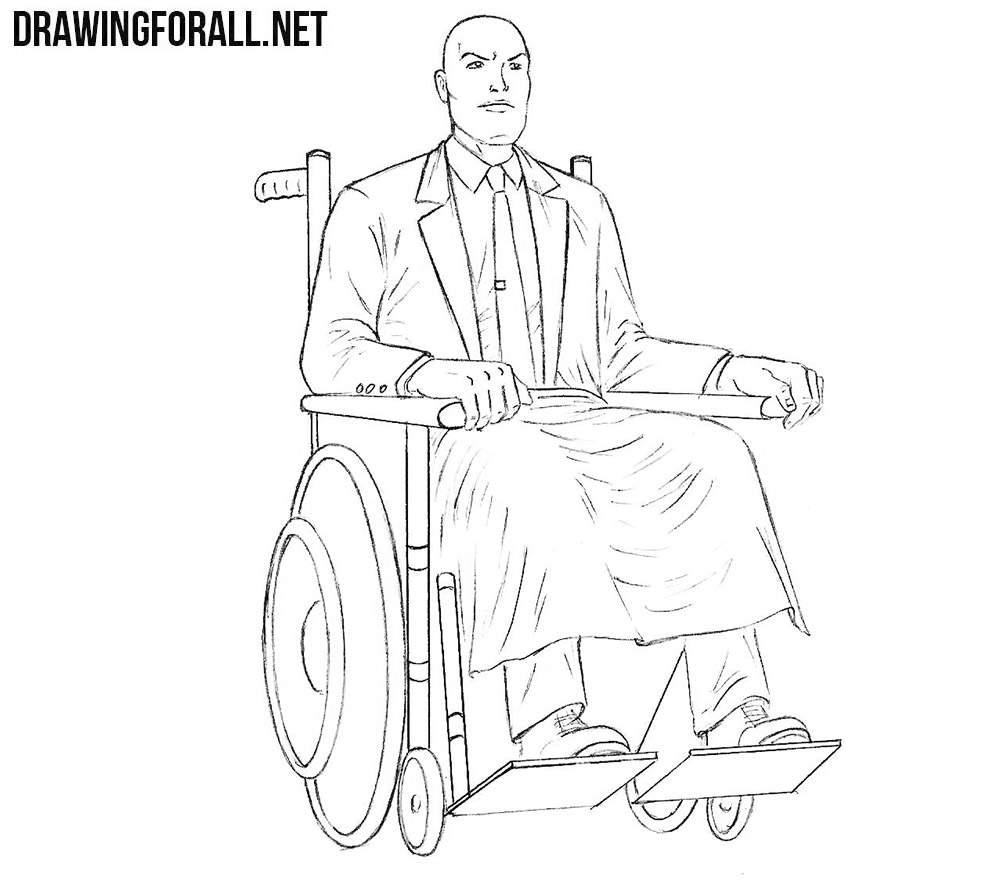 Now it’s time to draw the shadows. And we will draw them in the form of classic shadows in the style of comics. That is, the shadows here look like black and contrast areas. In order to draw lighter shadows, use classic hatching. If you did everything right, now you know how to draw Professor X.

Professor Xavier is a truly legendary character who appeared on the pages of a huge number of comics, in films and animated series. In order to learn how to draw other comic book characters, visit the category called “Comics” on our website and subscribe to us on social networks.