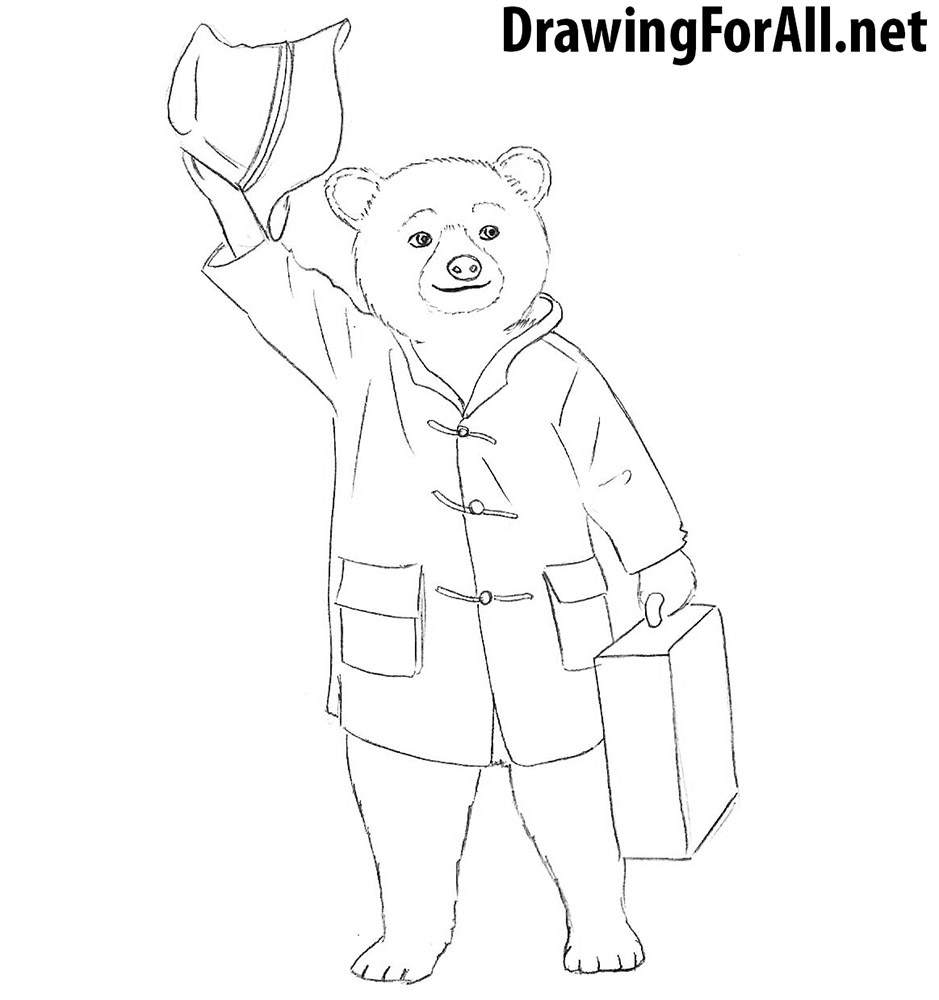 Today we will teach you how to draw Paddington Bear with this drawing tutorial. Paddington – is a character of the book by english writer Michael Bond and the eponymous children’s series. 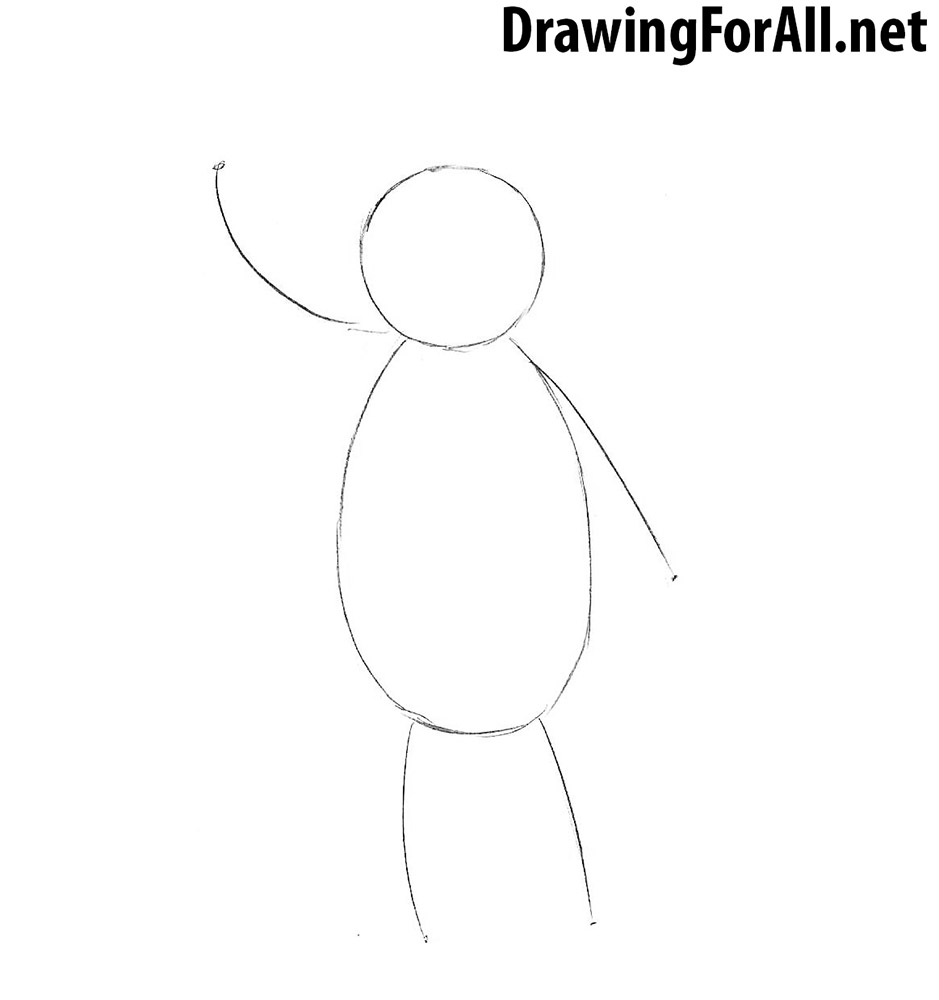 Sketch out the lines of the facial features. Using semi-circles draw the ears. Then using elongated cylinders sketch out the arms and legs. Draw the hands

and feet using circles. Sketch out the hat and suitcase. 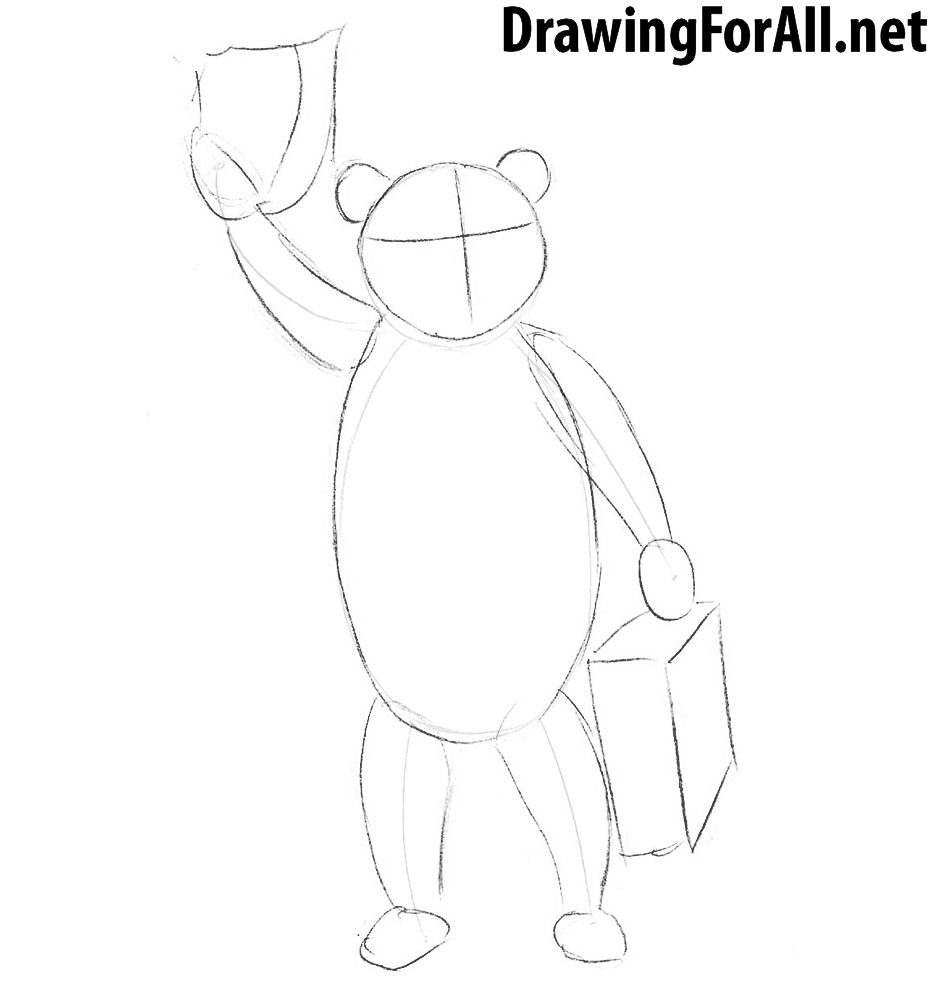 Draw the eyes on the horizontal line. Above the eyes draw the brows. Draw the nose and mouth. Using “furry” line draw out the snout. 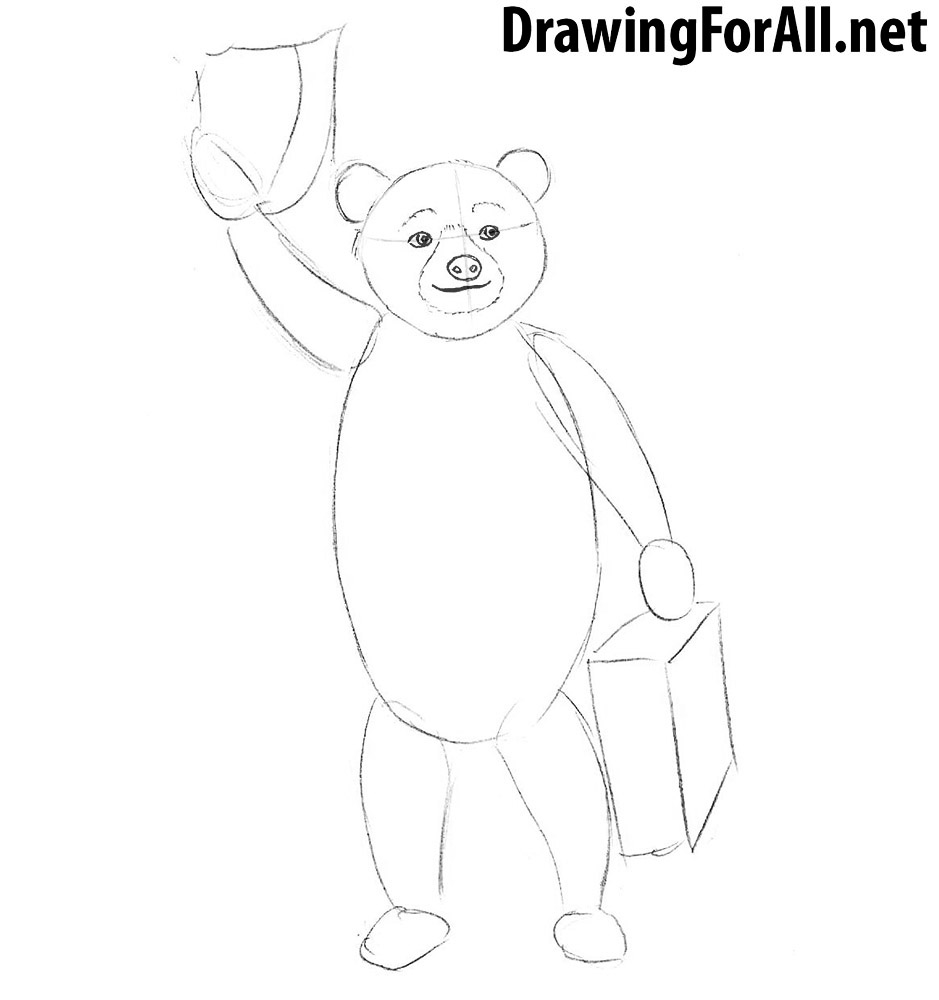 Using the same “furry” lines draw out the had of our Paddington. Draw the internal lines of the ears. 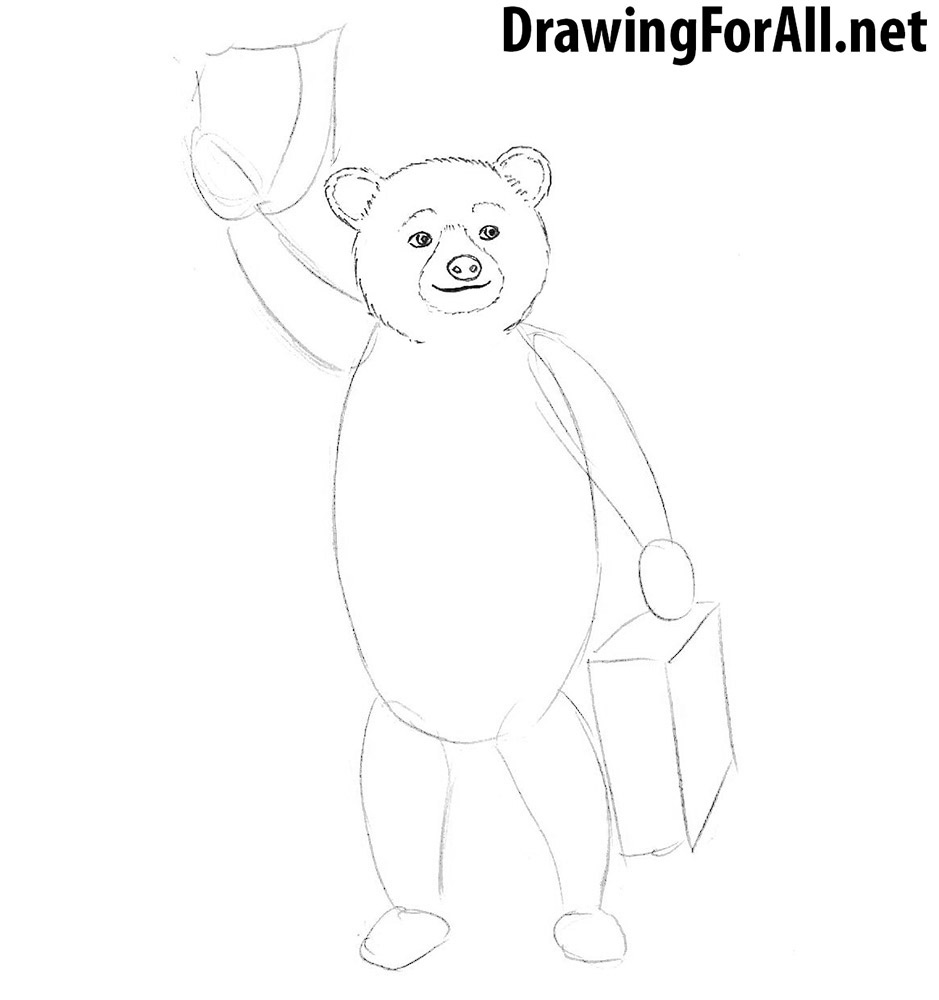 Draw the coat of our character. Note that at first you want to draw the outer lines of the coat. 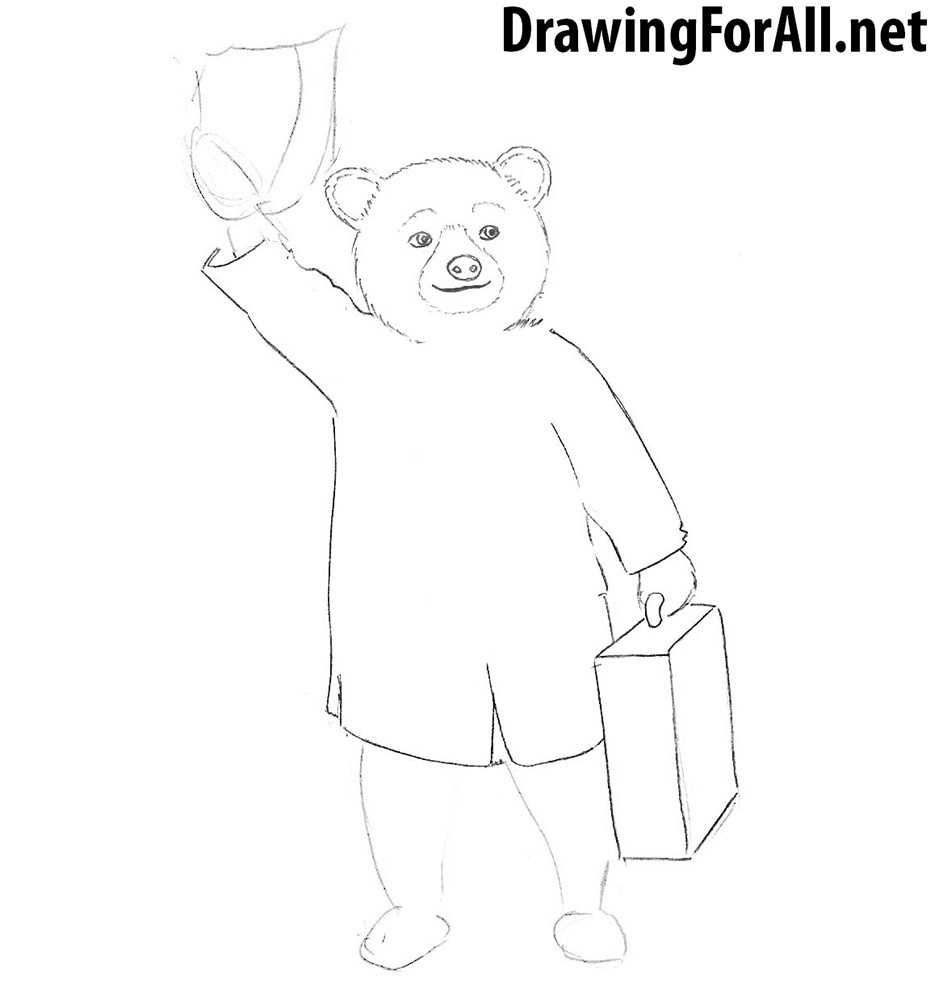 So, we come to the last step of tutorial on how to draw Paddington Bear. Here we just need to draw out the hat and legs. 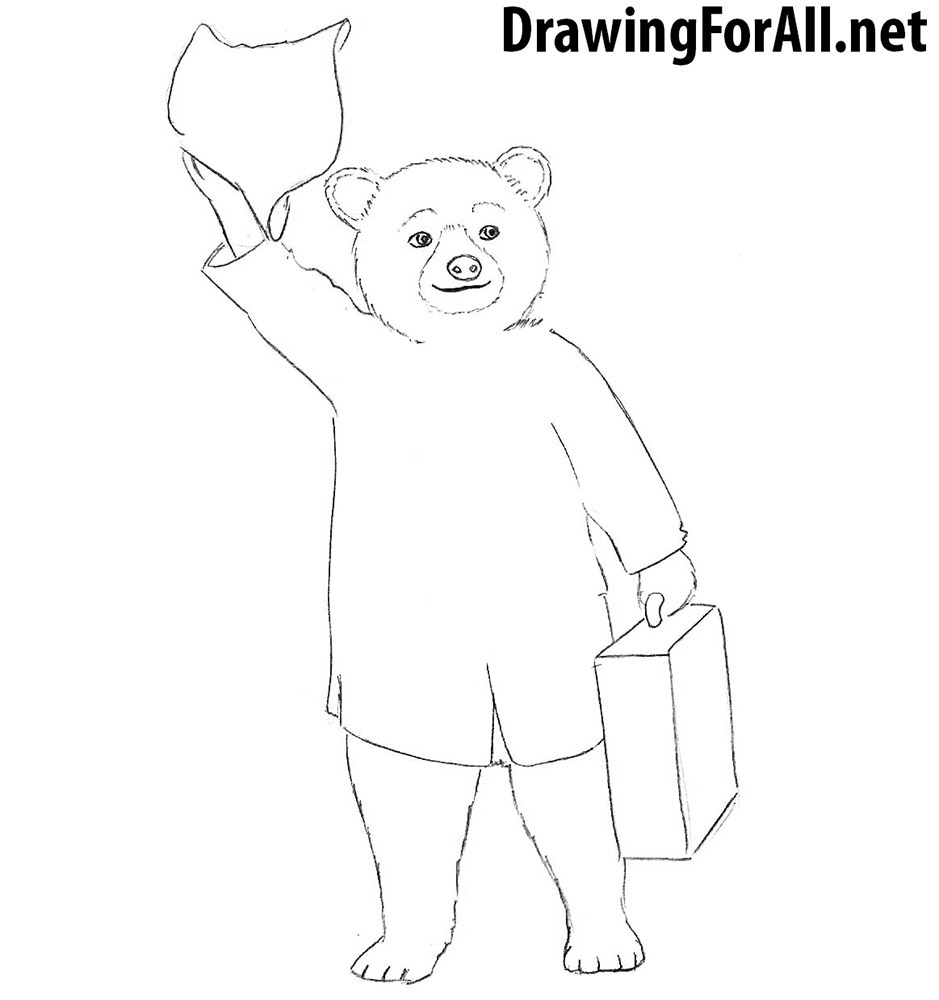 Here we draw the details. First, draw stripes on a hat. Next draw the buttons and pockets on the cloak. Add some folds as in our example.

To support us just share this drawing lesson, write your opinion in the comments below this post and subscribe to us on the social networks. By the way, in our site it is not the first lesson about bears. Visit the tutorials on how to draw a teddy bear, Winnie the Pooh, and Soviet Olympic Bear.