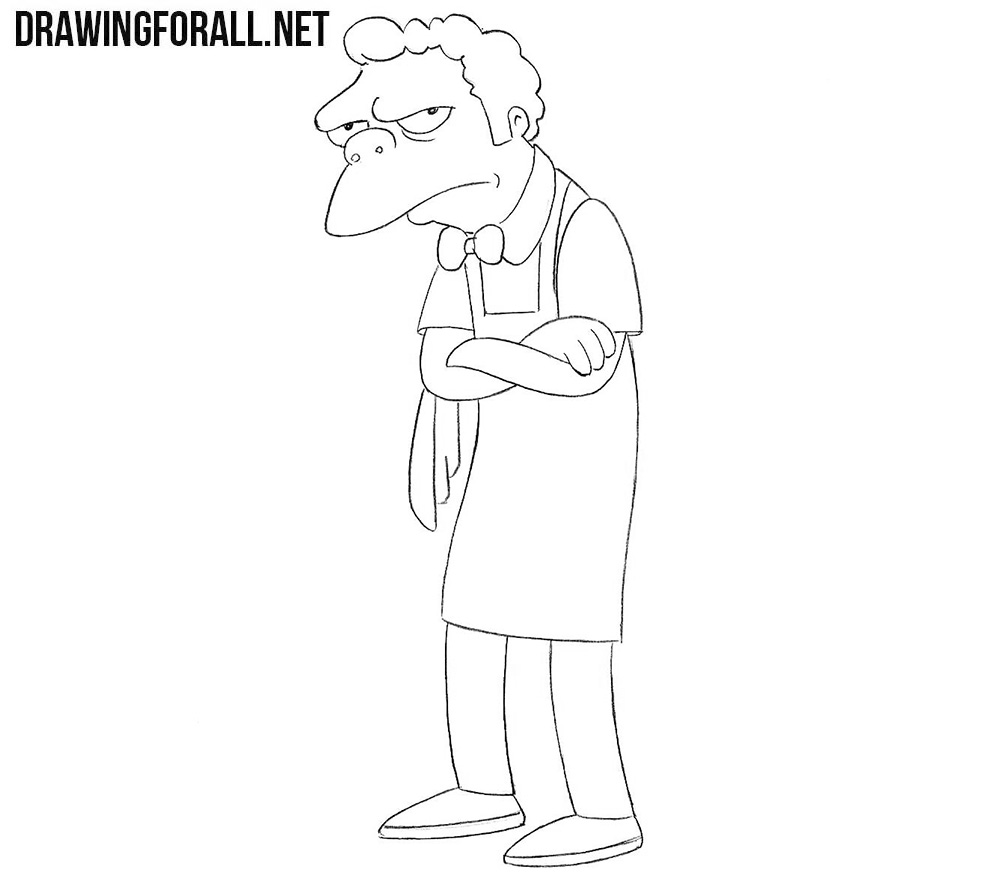 We drew almost all of the more or less well-known characters from the Simpsons series. But the list of drawing lessons about the characters from this legendary series would not be complete without Moe – a barman and the owner of a Moe’s Tavern. So, let’s get started the tutorial about how to draw Moe Szyslak.

Let’s first sketch out such a figure consisting of a head, neck and torso. Here we use very light lines. 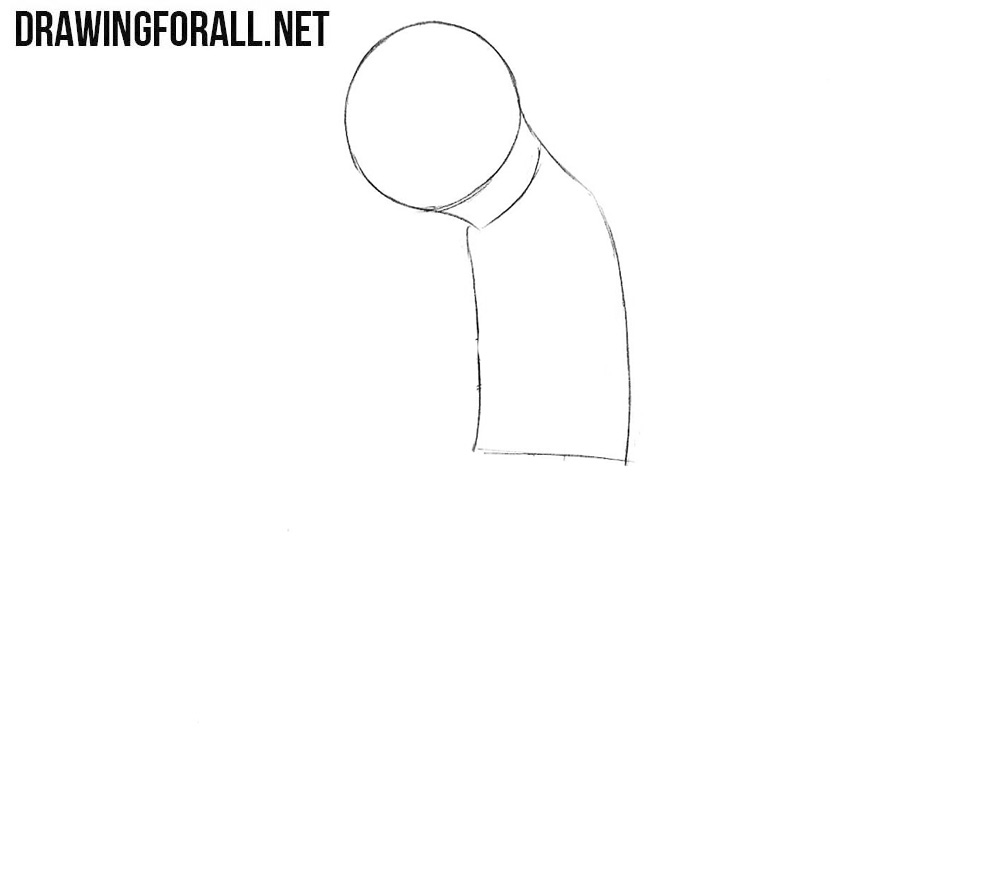 Next, sketch out the arms folded on the chest and long legs. Very light lines are also used in this step. 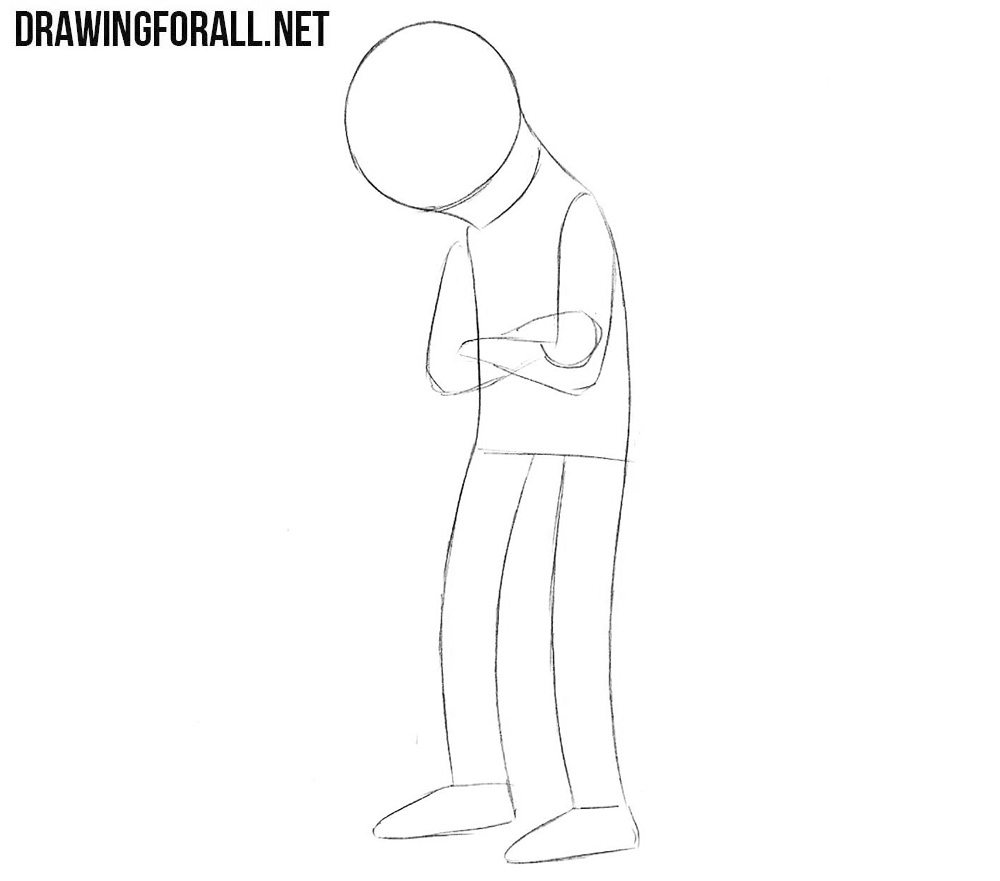 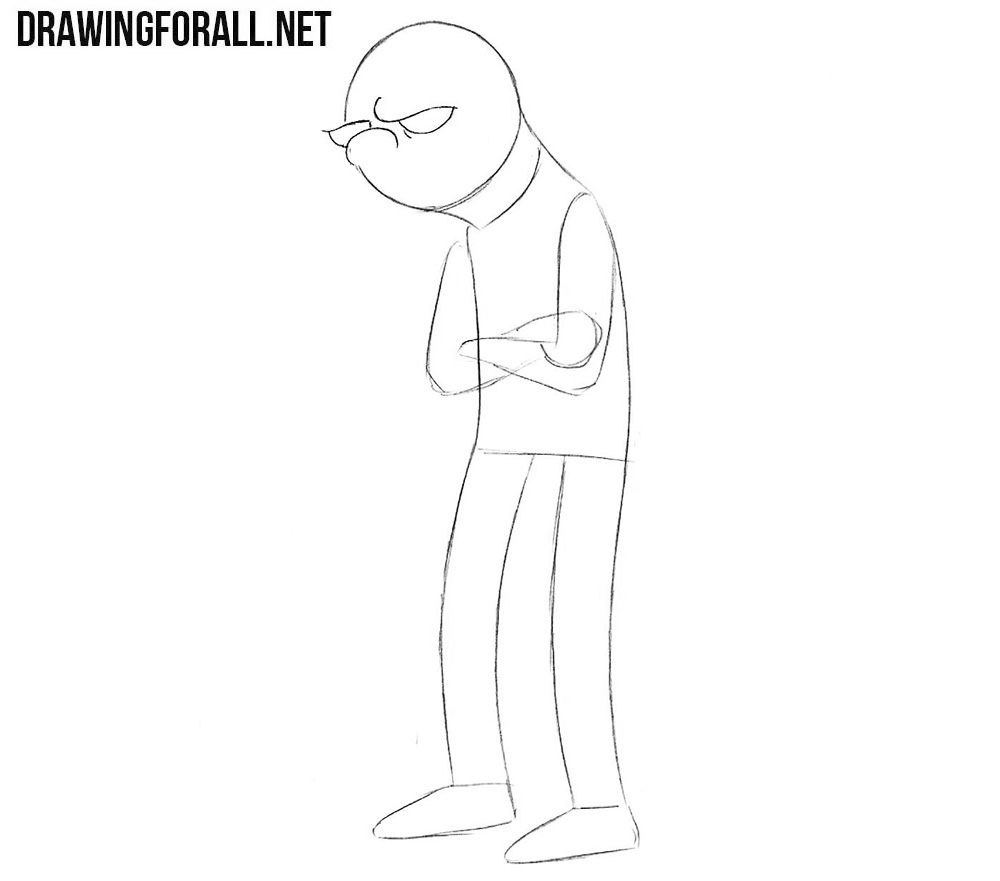 Now draw the dots-pupils, a pair of wrinkles under the eyes and the nostrils also in the form of dots. 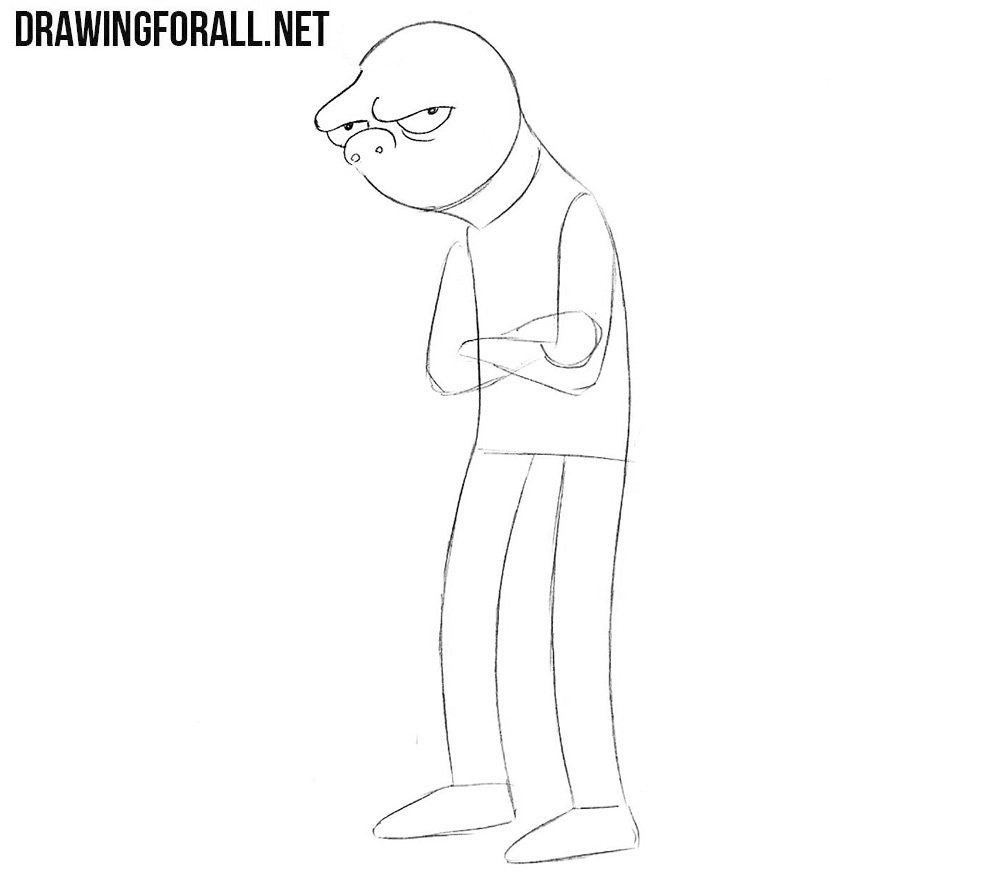 Draw a sloping forehead, curly hair, similar to broccoli and a small ear. 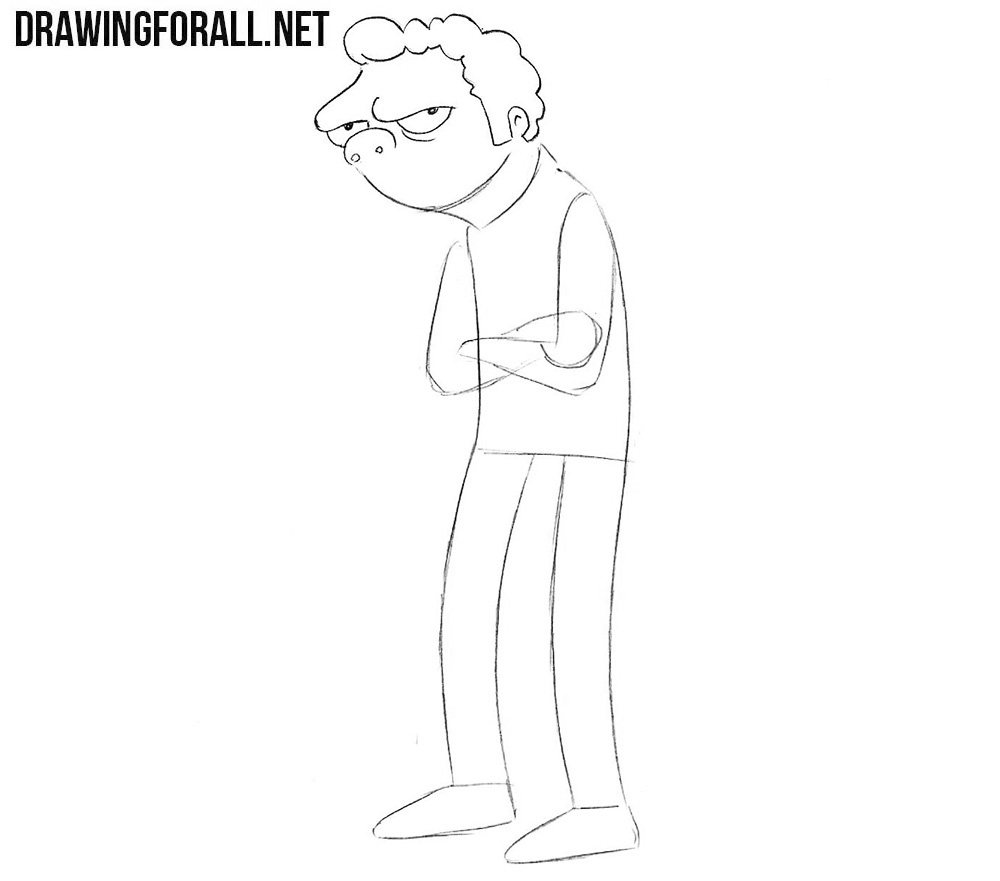 Next, draw a characteristic long and dissatisfied mouth and a very short neck. 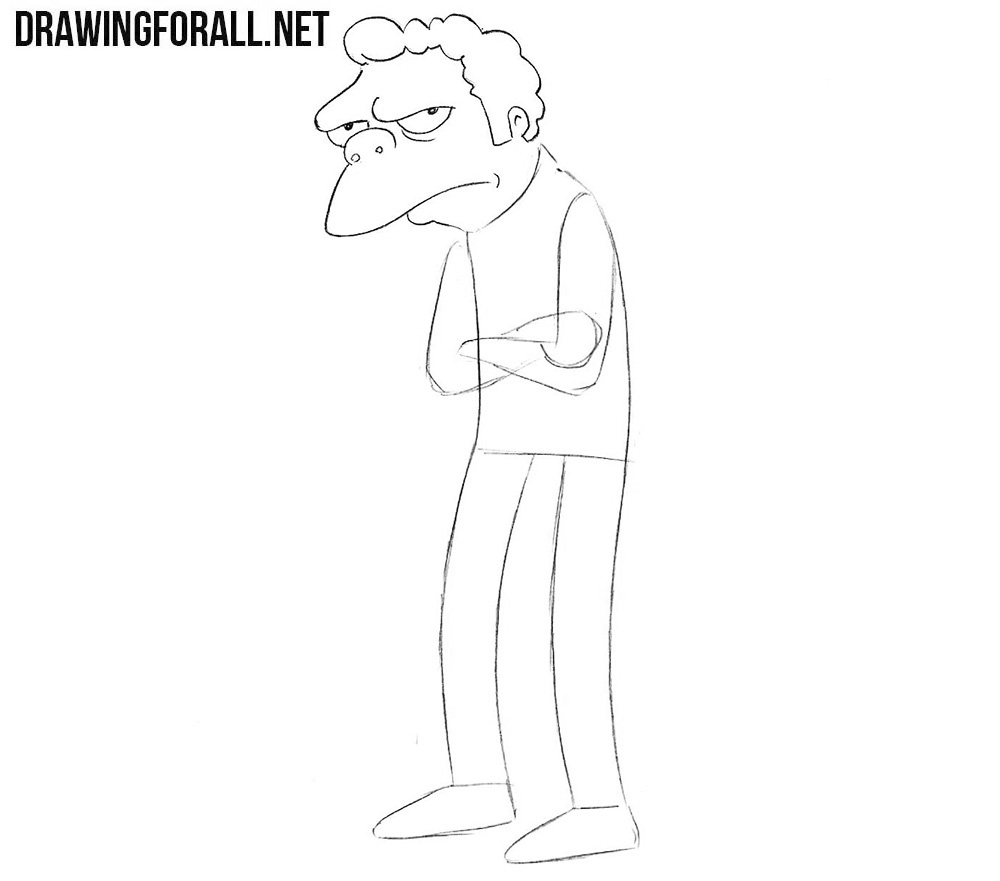 A fairly simple step in which we need to draw out a collar and a bow tie. 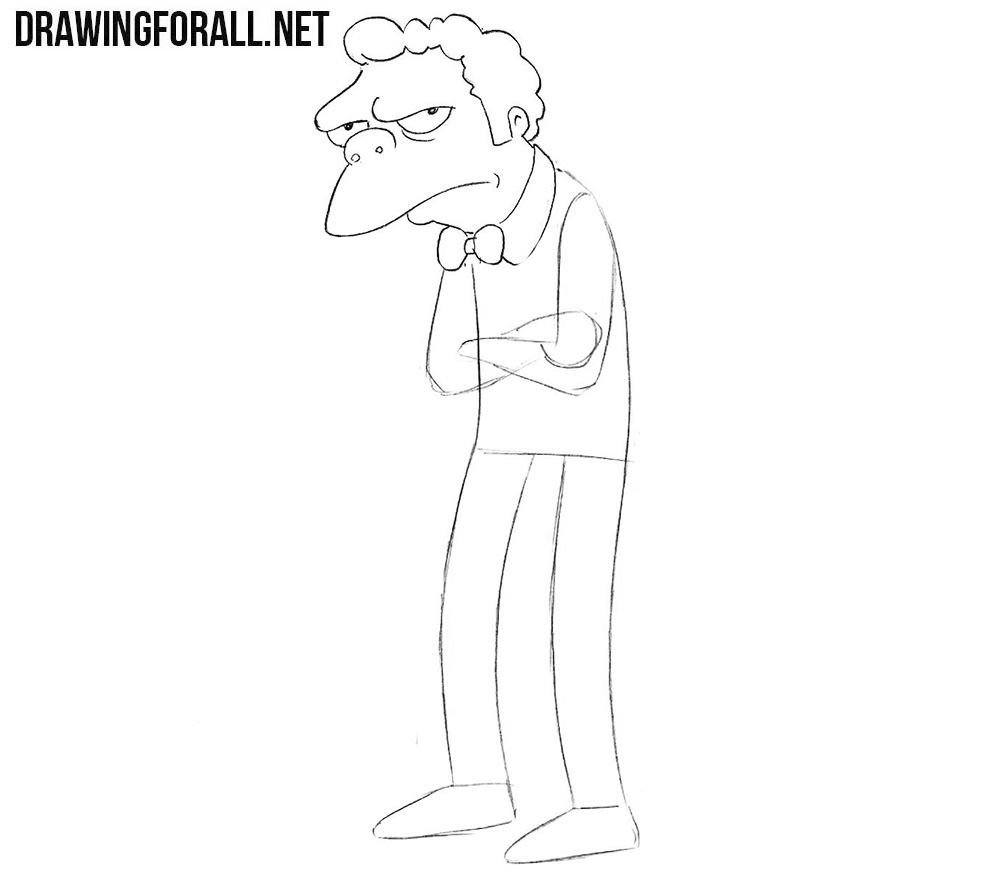 Draw outlines of the upper body, short sleeves and hands folded on the chest. 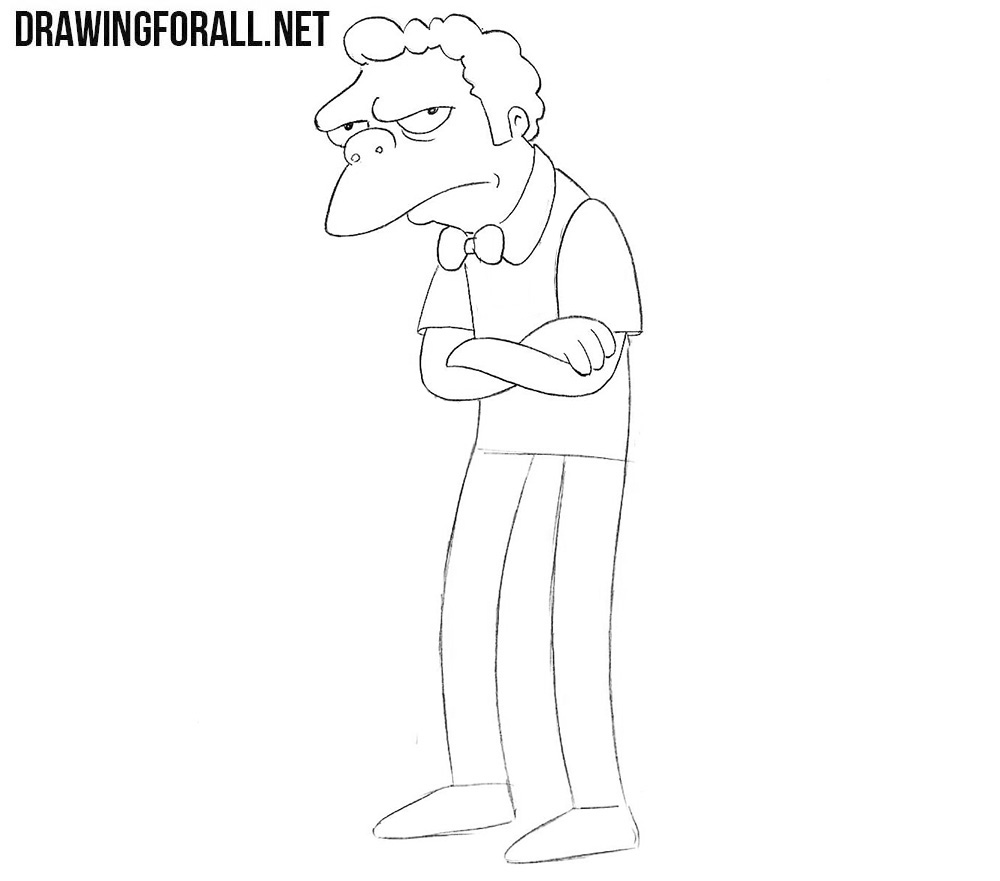 Another simple step in which we draw a rag and a lower part of the apron. 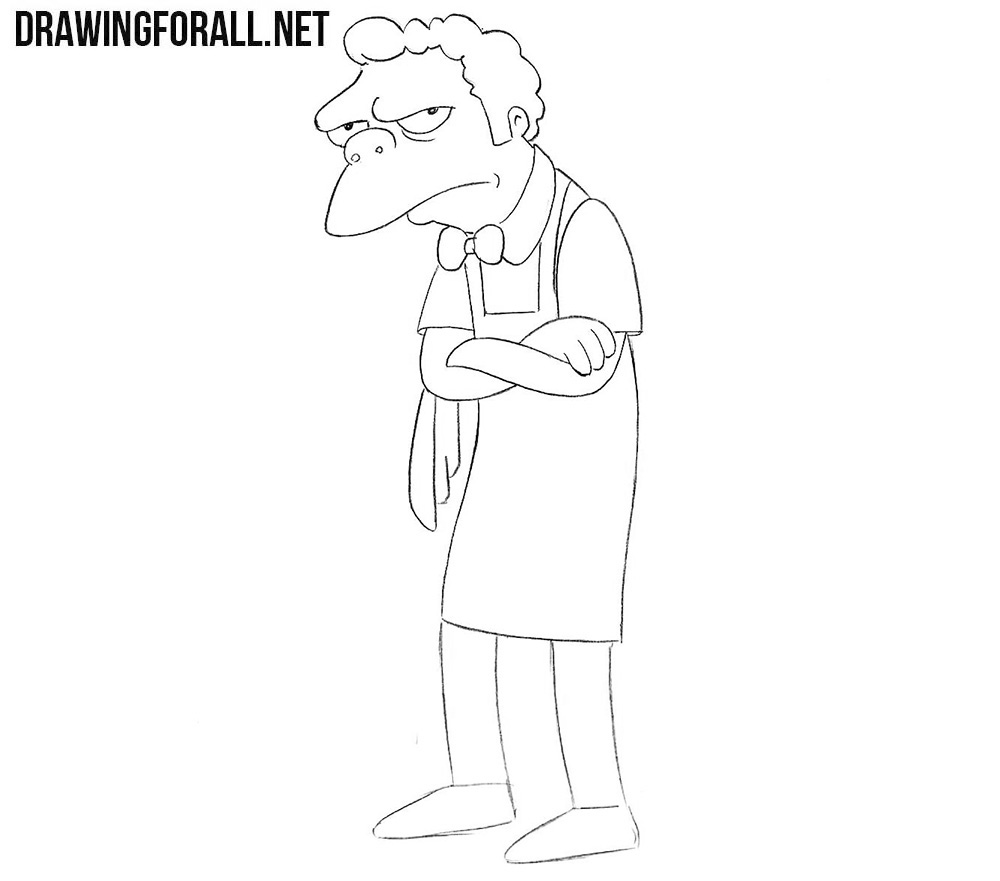 And the last step of the tutorial about how to draw Moe Szyslak in which we draw the legs.

What other characters you want to see on the pages of DrawingForAll? Be sure to write us about it in the comments to this page, in our social networks or on our email drawingforall.net@gmail.com.