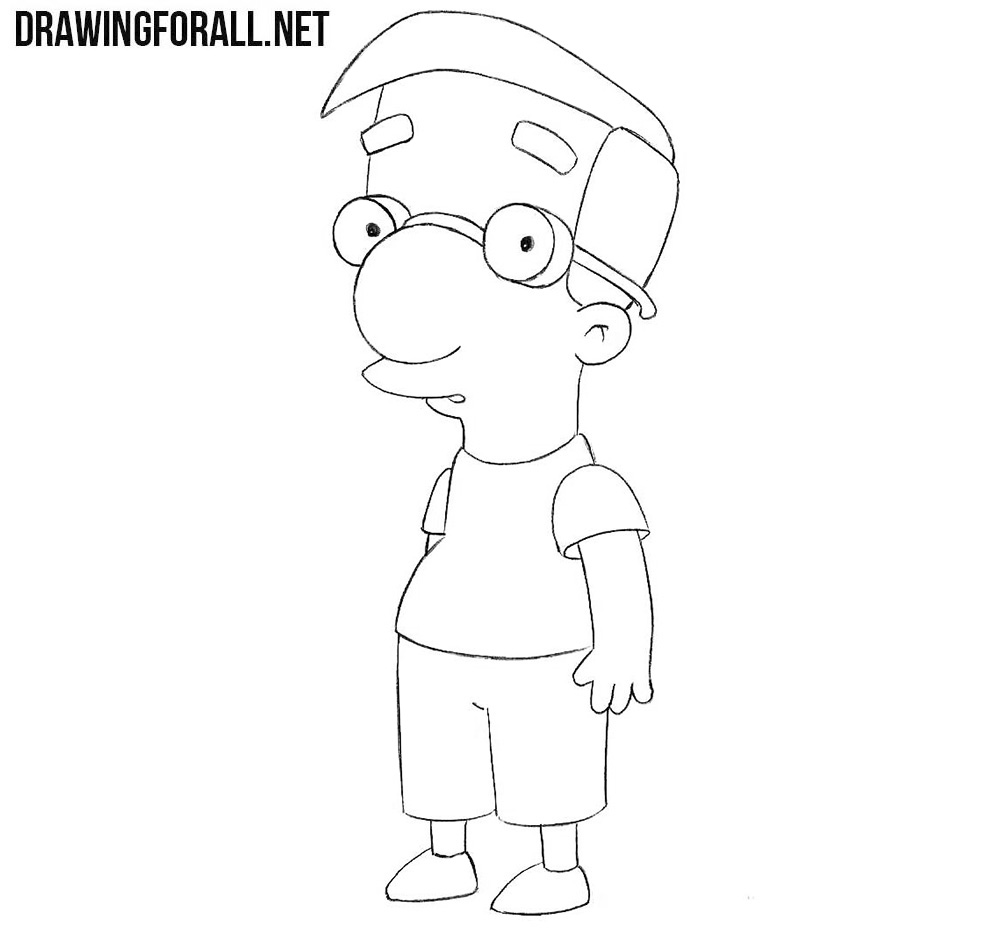 One of the most interesting characters from the Simpsons is Milhouse Van Houten – Bart Simpson’s best friend. The most prominent features of Milhouse are his extreme myopia (highlighted by his very small eyes), thick glasses and a huge nose. Also, Milhouse is one of the few residents of Springfield, who has eyebrows. So, let’s start the lesson about how to draw Milhouse.

First of all, we draw a stomach in the form of a circle. Next, draw the torso and neck with a big head. 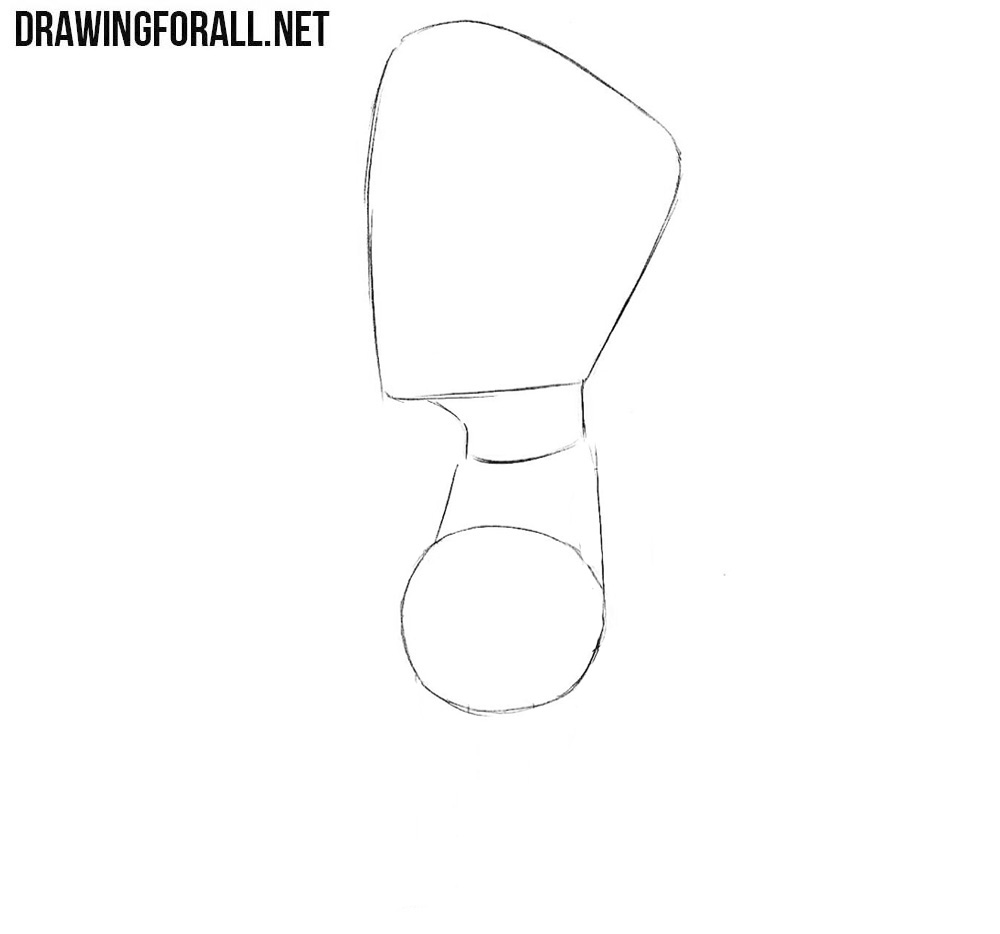 Now we sketch out arms and legs of Milhouse with very light and simple lines. 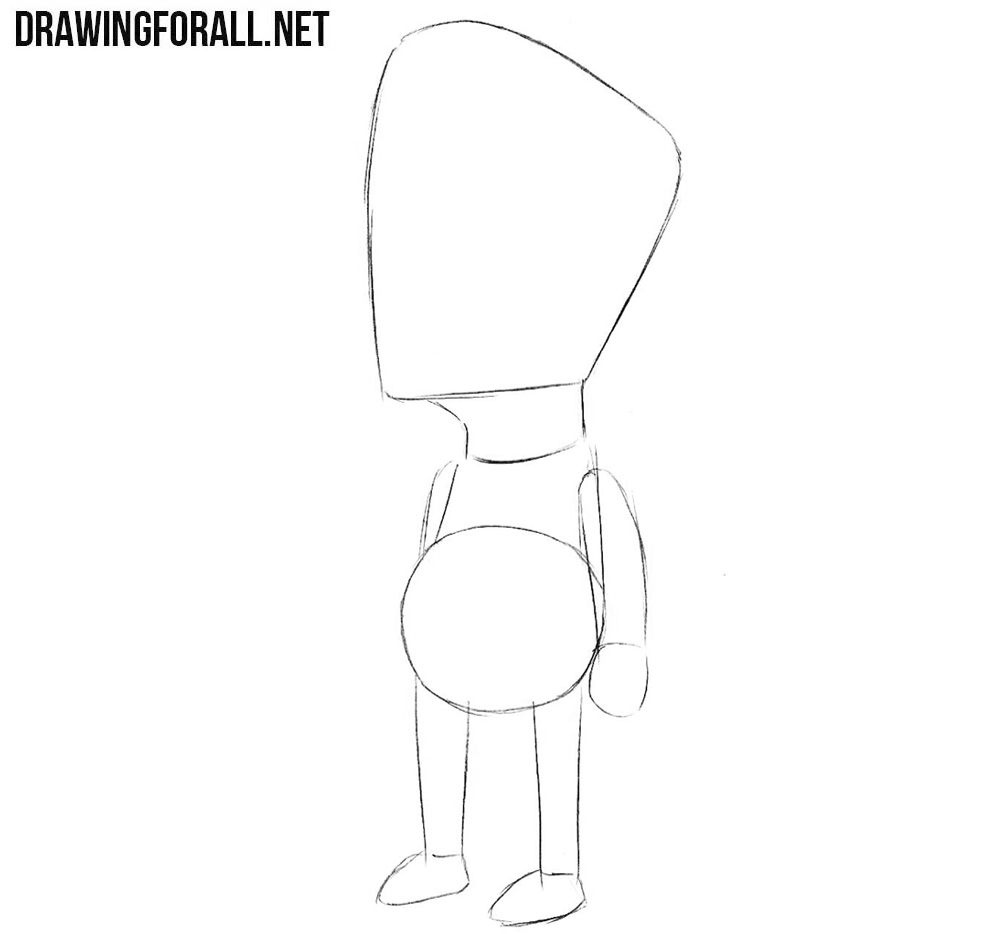 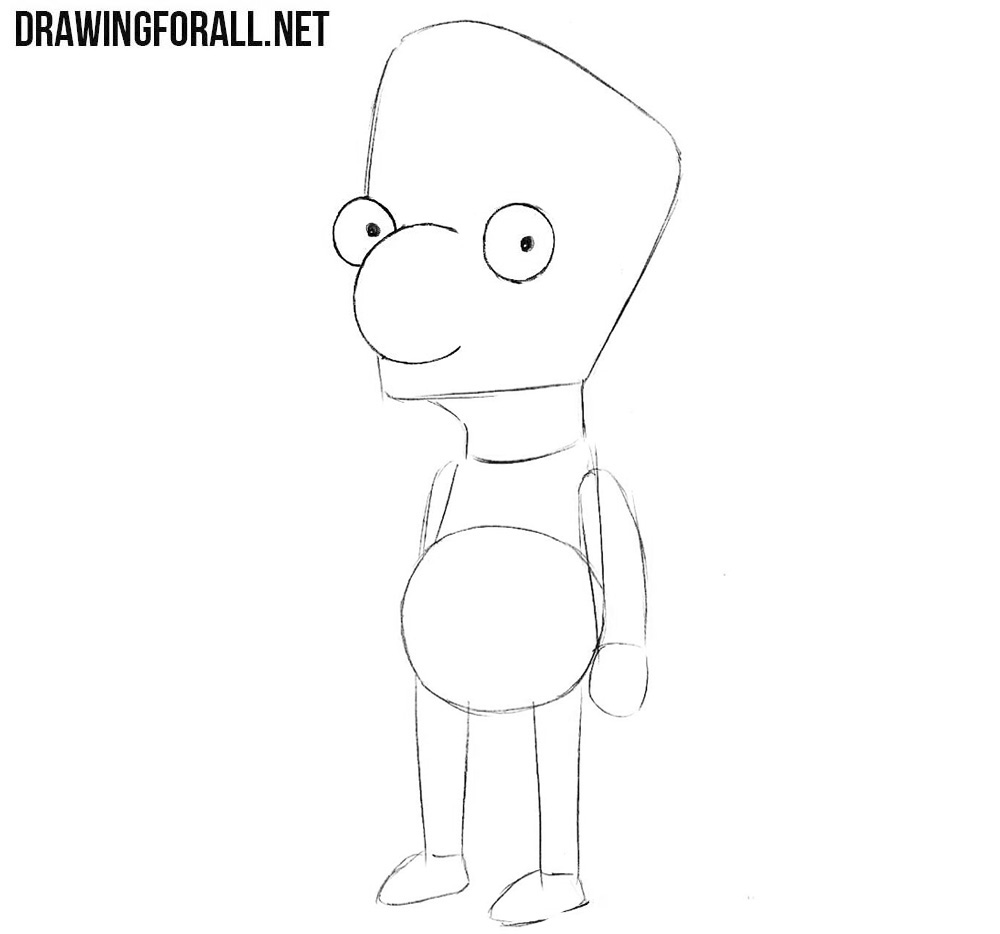 In this step we make the glasses more voluminous with the help of several additional lines. 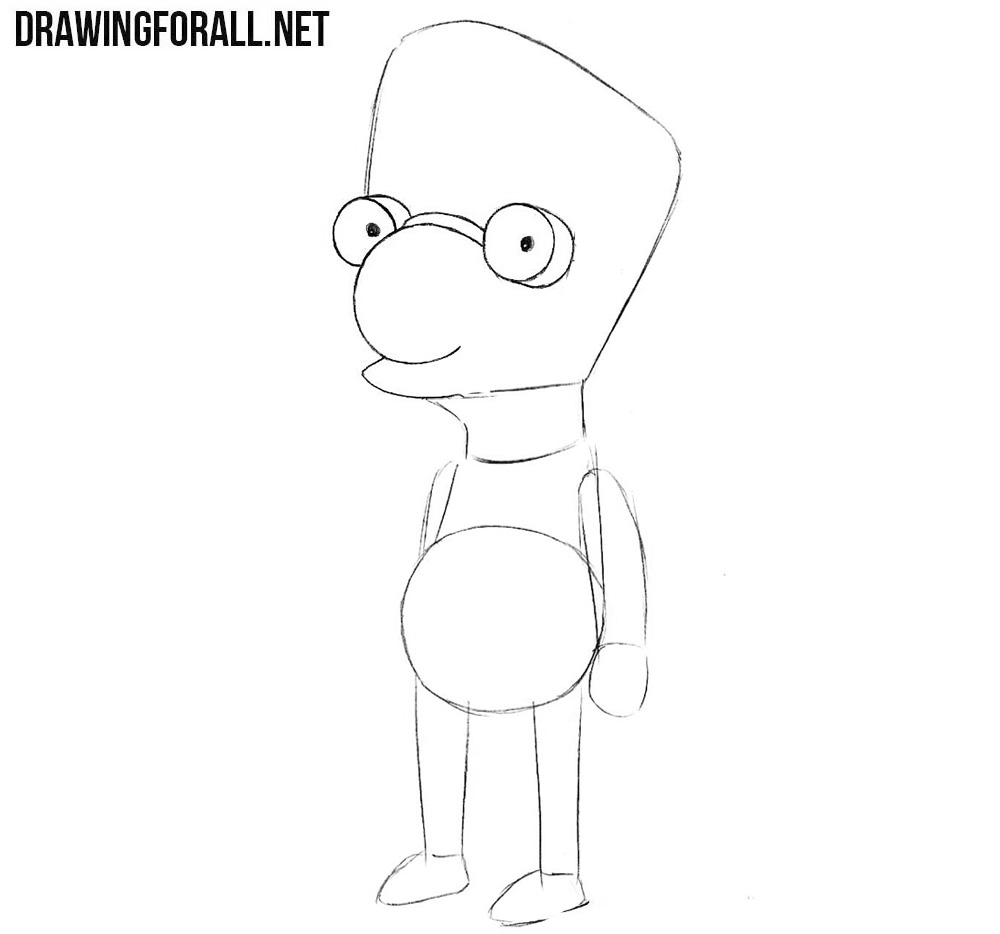 Now move a little higher and draw a forehead, thick eyebrows and a hair of Milhouse. 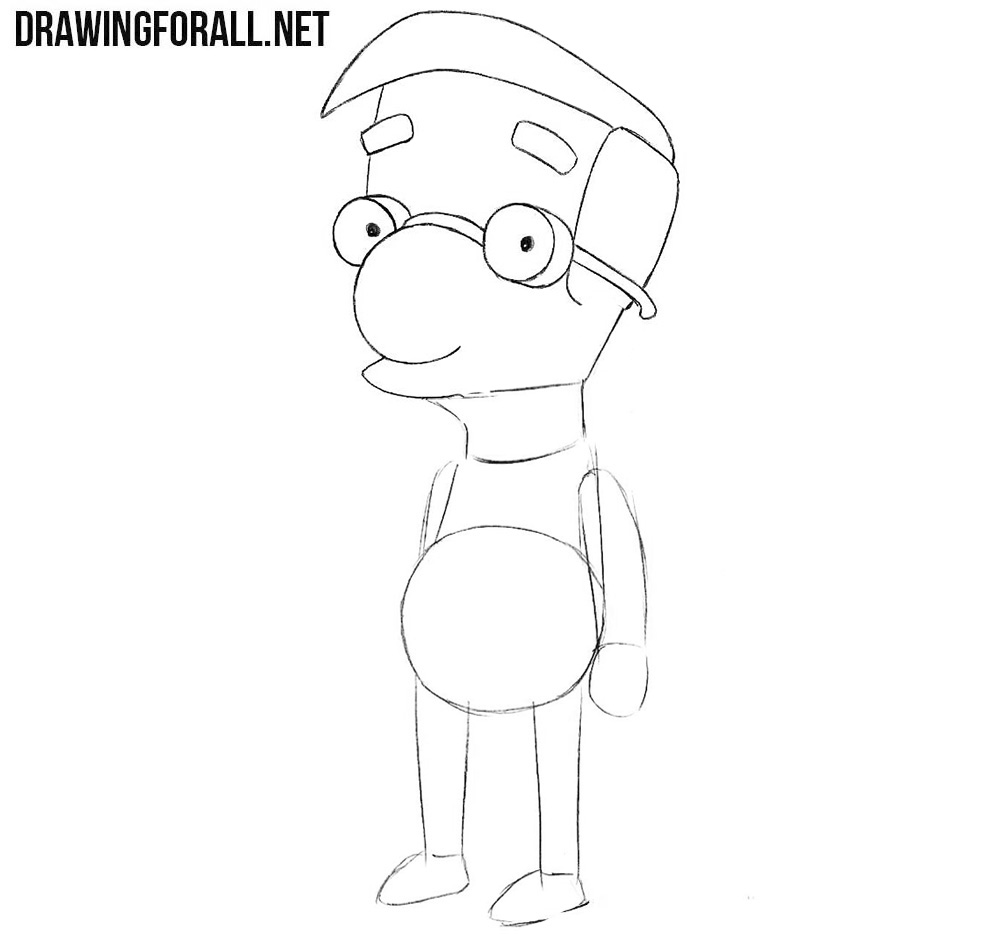 We finish the head of Milhouse drawing a mouth and the thin neck as it is shown in an example below this text. 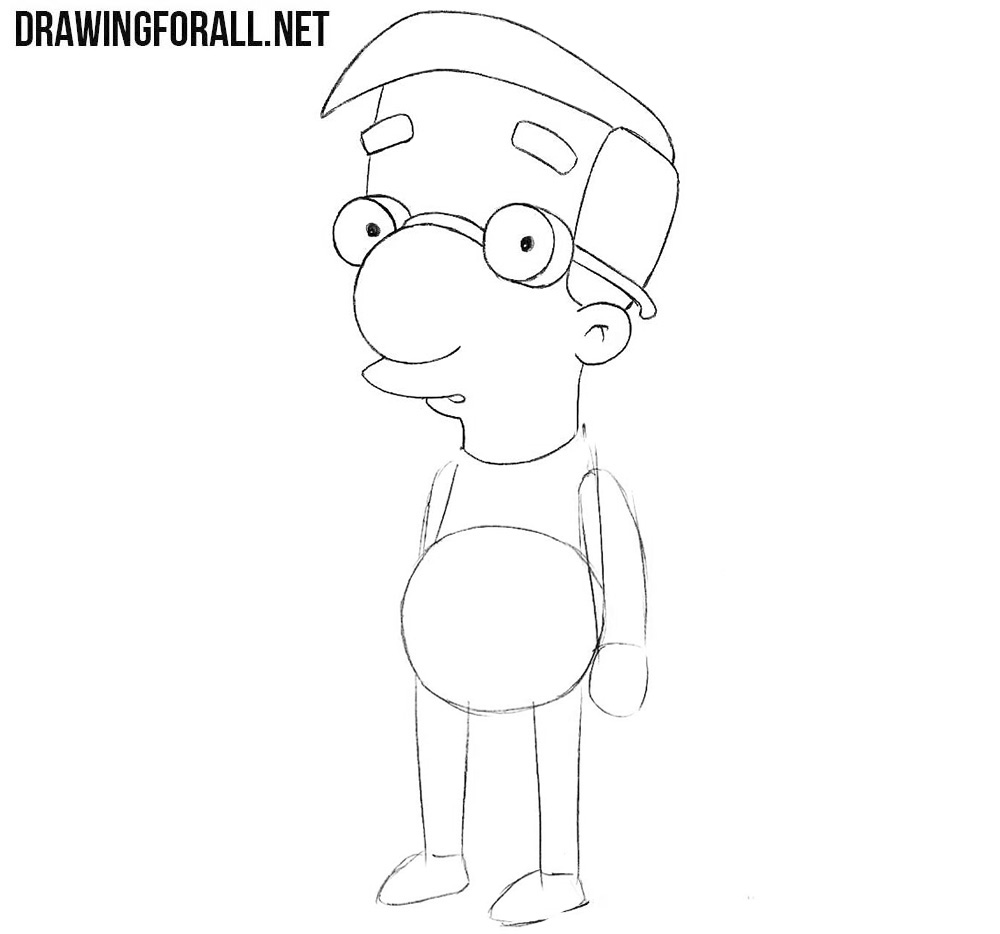 Let’s work with the torso. Draw out the outlines of a torso and short sleeves. 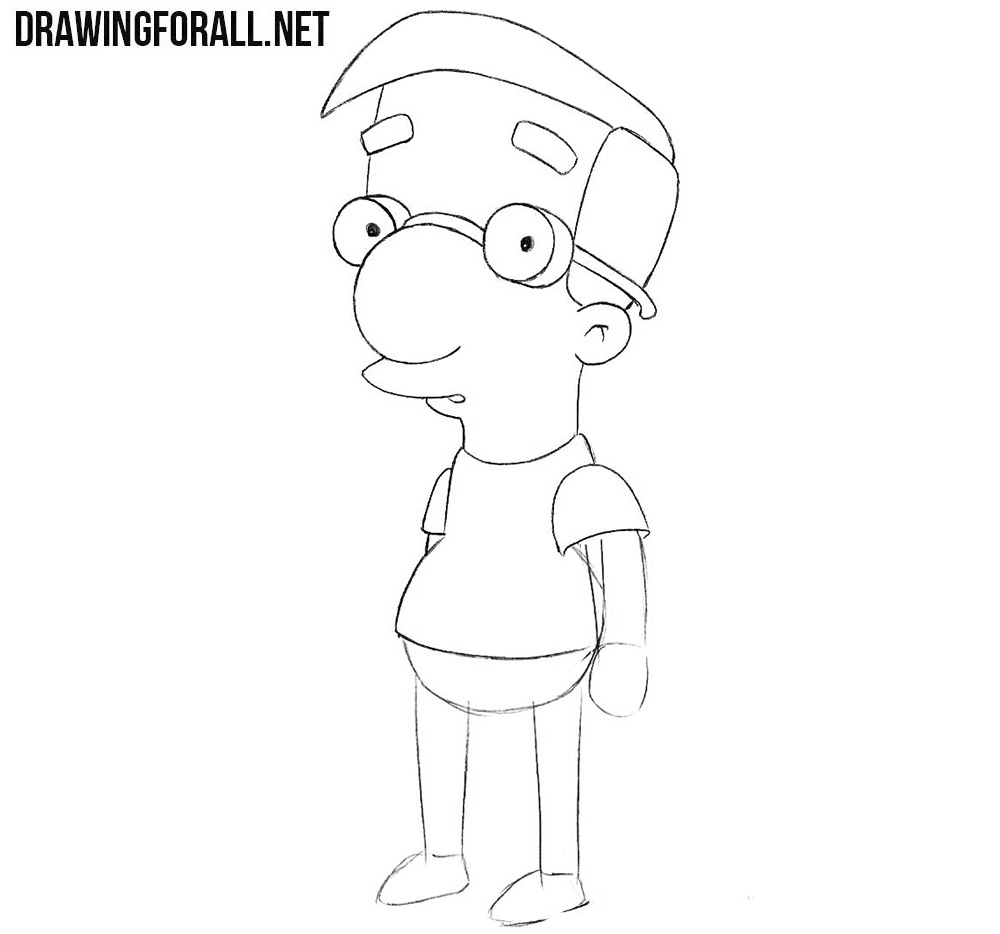 Draw out the hands. Do not forget that all Simpson characters have four fingers on their hands. 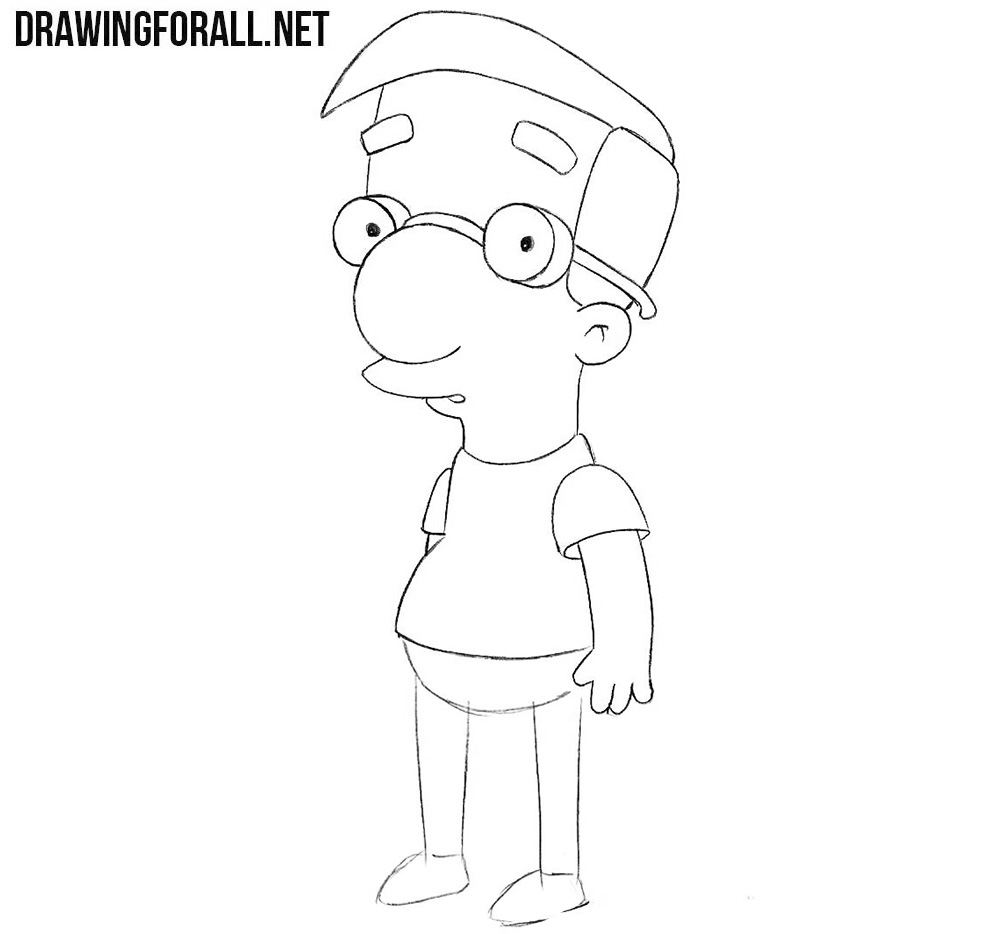 A very simple step in which we need to draw out long shorts with a few lines. 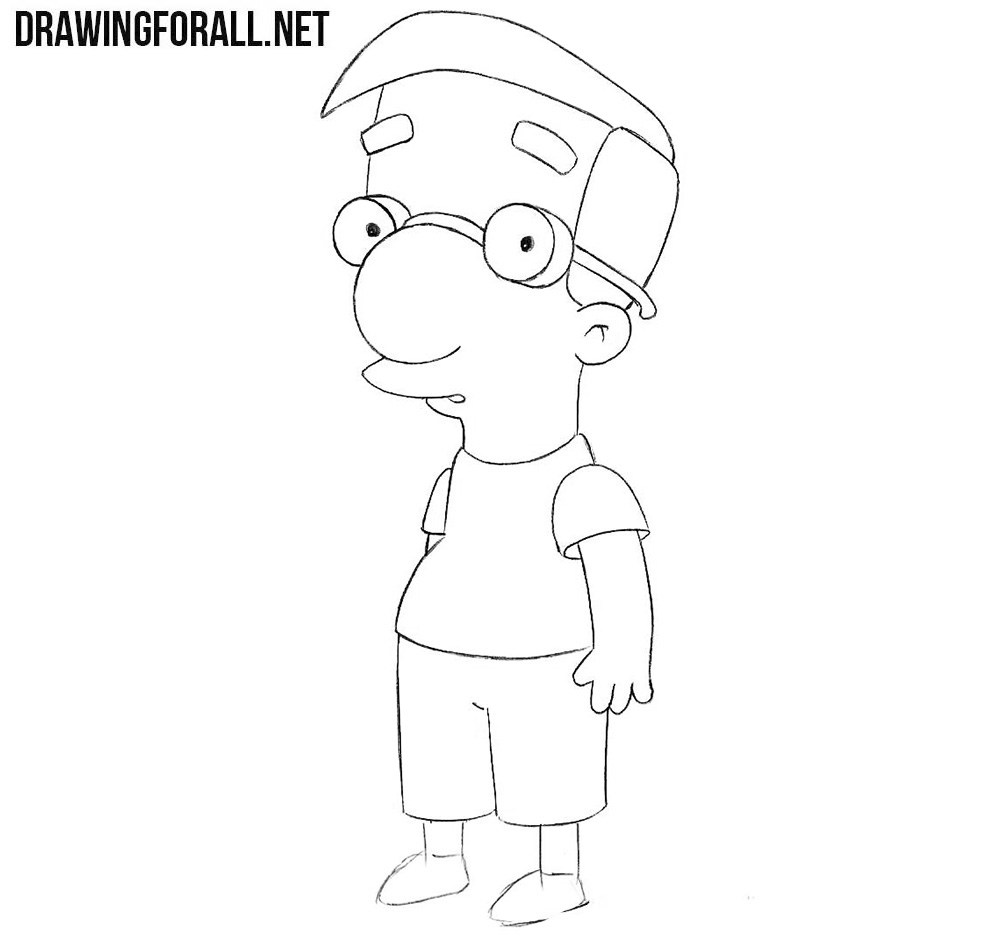 And the last step in which we draw out legs and round sneakers of Milhouse Van Houten.

The lesson about how to draw Milhouse came to its end. As we said in our other lessons about the Simpsons characters – we really love this series. And despite the fact that now this series is going through not the best of times, we still hope that it will someday again become as in the nineties..