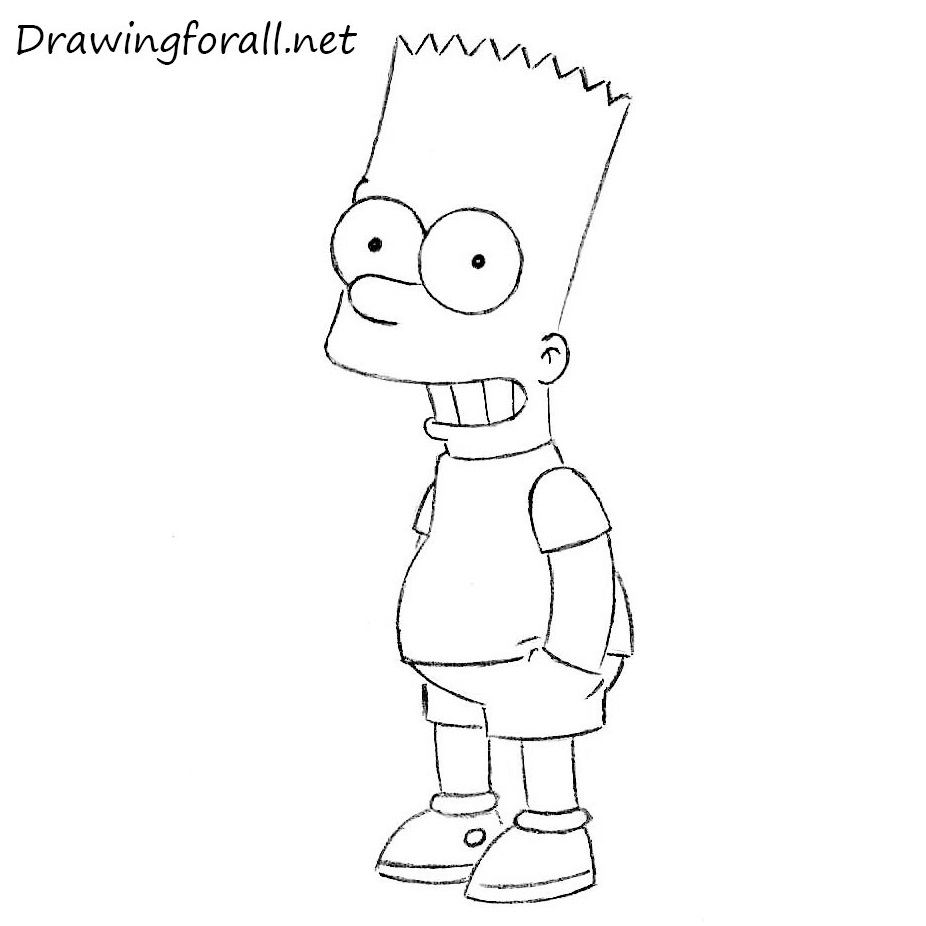 Hello! We have a new drawing lesson. The theme of this tutorial is how to draw Bart Simpson. Bart is one of several main characters from immortal cartoon known to everyone (despite the fact that Simpsons now it is very very sad). But in seasons 1995 – 2004 Bart, like all the inhabbitance of Springfield, was very vivid and memorable.

One day Homer told Lisa that it consists of circles. May be it was in the episode when Lisa had anorexia. So, we liked this idea and we created lesson drawing Bart Simpson with the help of circles. 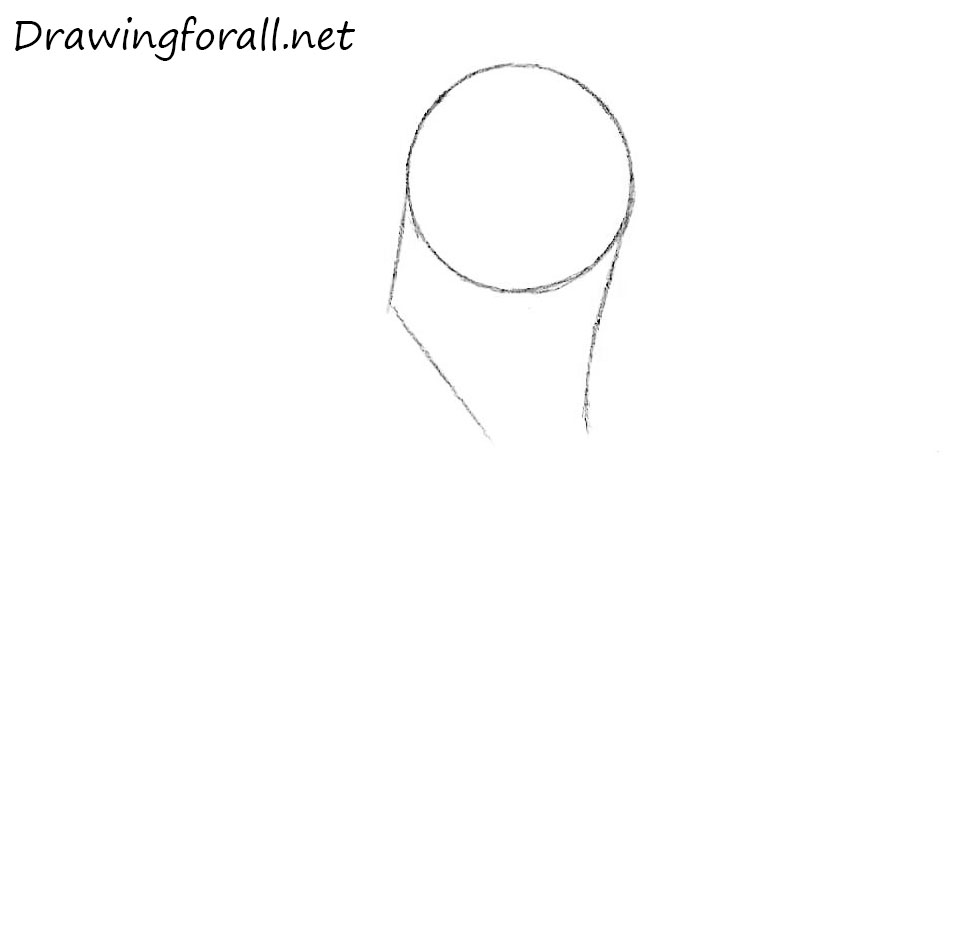 Ок, now let’s draw another circle and another two lines in the low part of the picture. Now the drawing has become more like an hourglass. 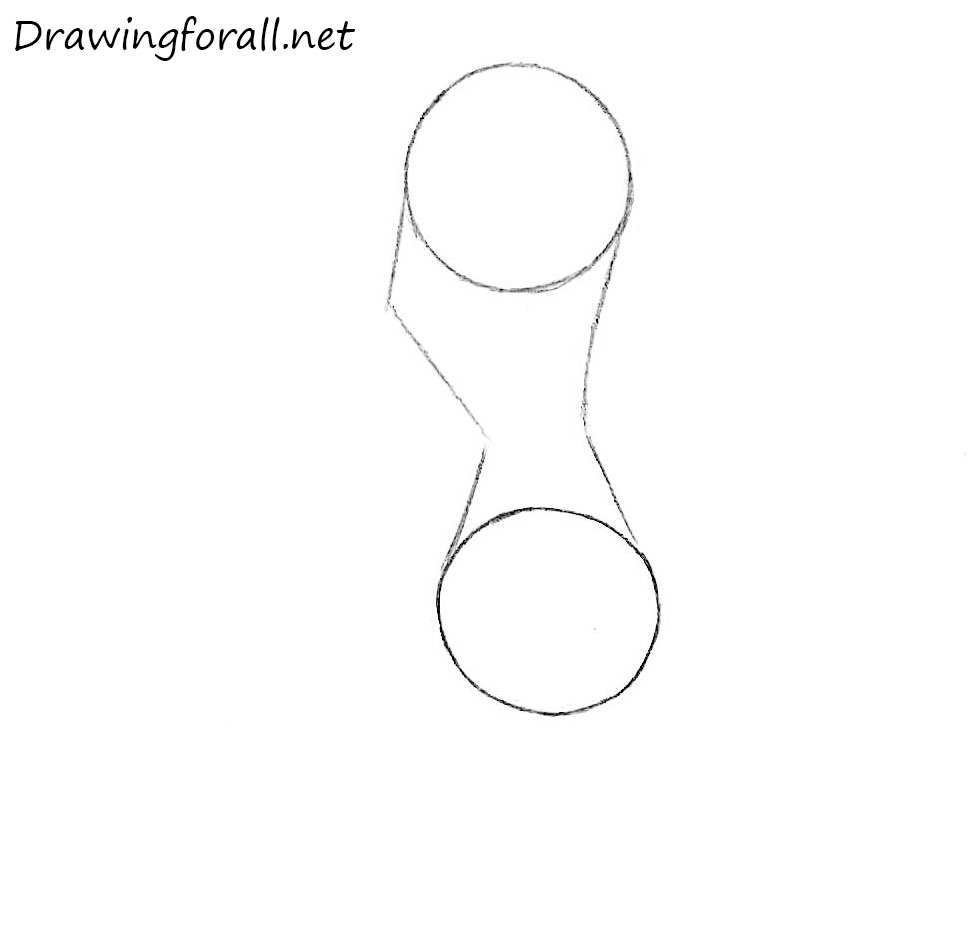 Using the circles (again) draws the eyes. After this draw the nose, it looks like the sausage. Note the location of the nose relative to the eyes. 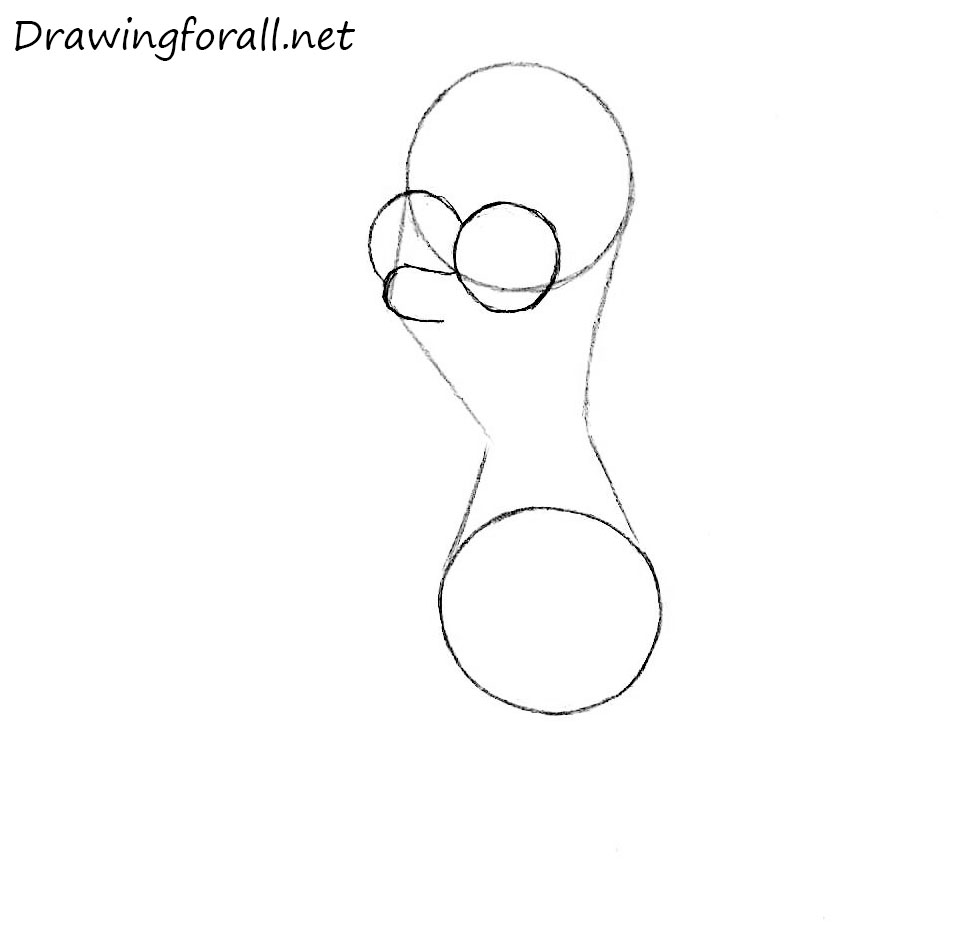 Let’s draw the contours of the maxilla and the mandible. As you can see, this parts of the face are formed by one line with smooth curves. For your convenience, we have marked it in red: 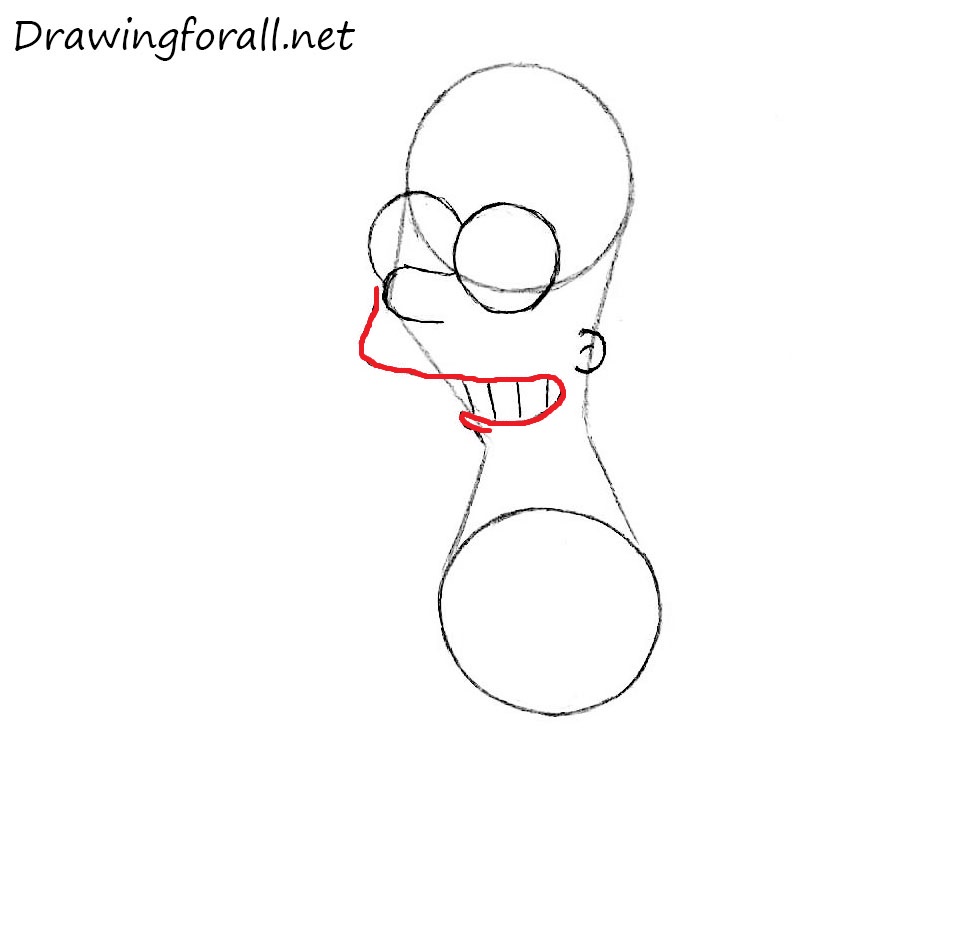 Don’t forget about the ear and teeth. The picture of this step without the marking: 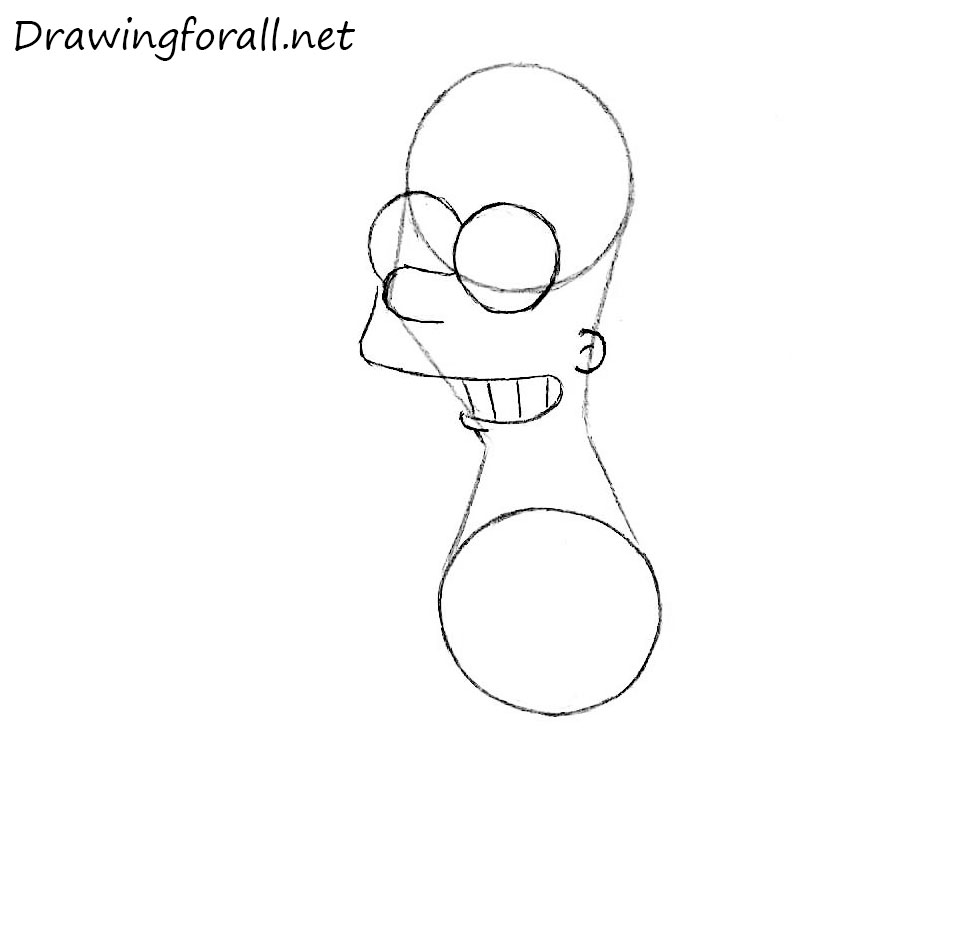 Erase the unneсessary lines from the Bart’s face. Draw the upper part of the head and the torso. Don’t forget the pupils. Also in this step we draw the hands look like the mushrooms. 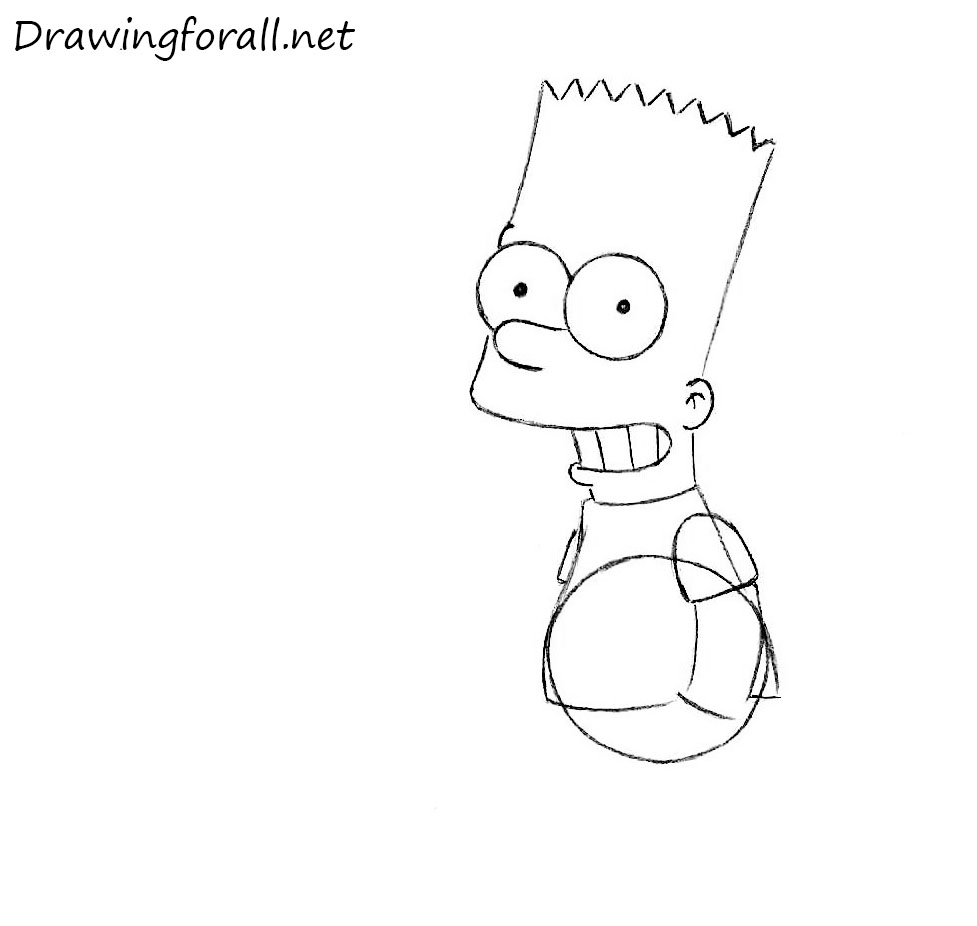 In this step we draw the legs of our hero. First draw the short, the contours this piece of clothing is formed by straight lines. After this draw the shoes. 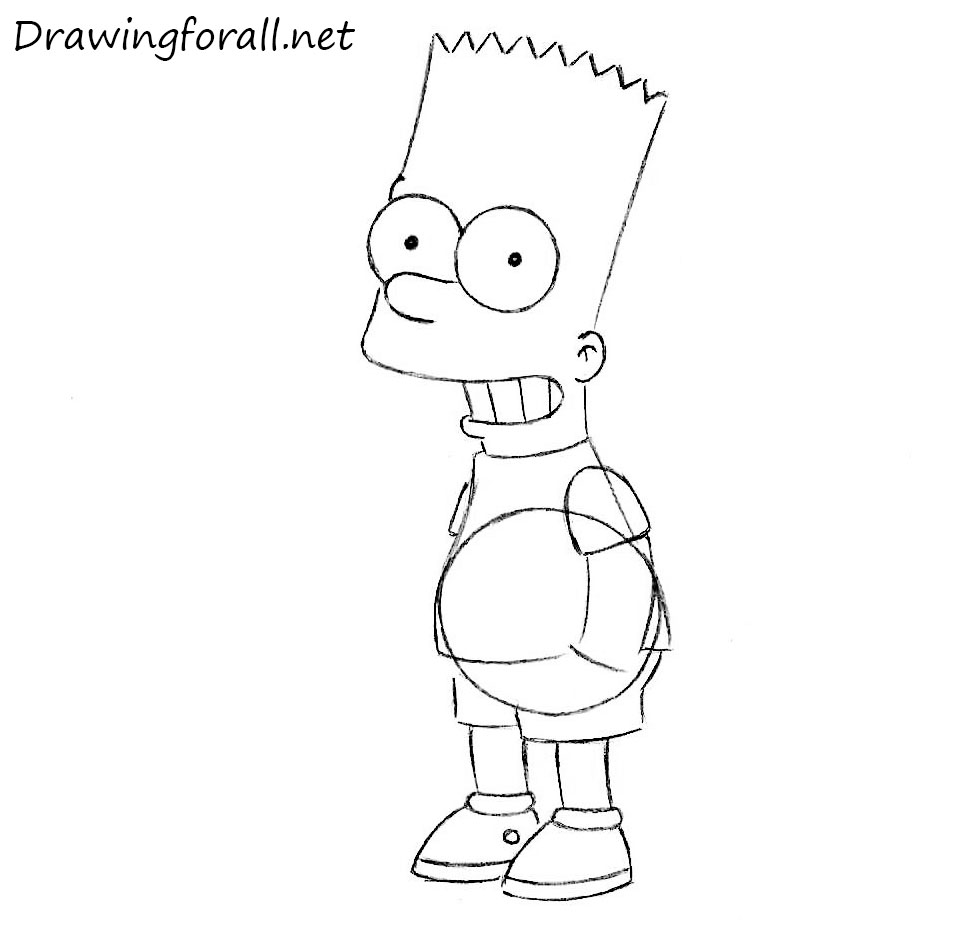 In this step we have a completed picture. To get this you should only erase all needless lines from previous steps. 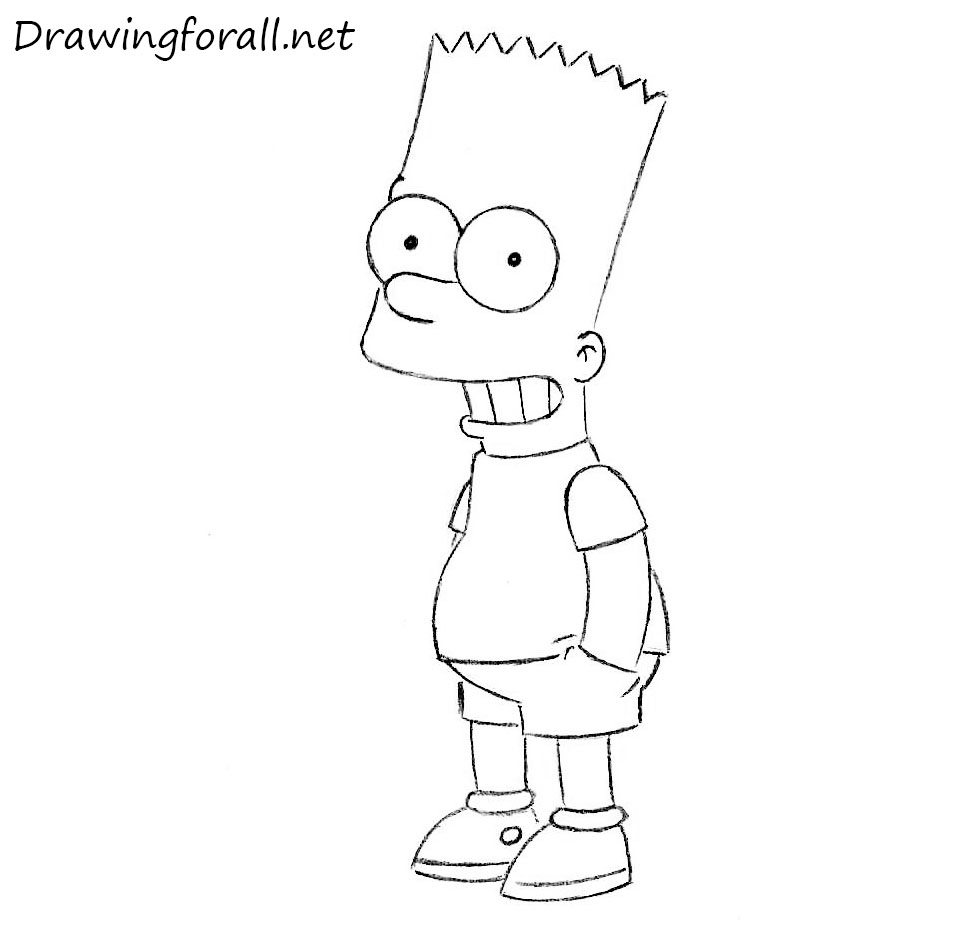