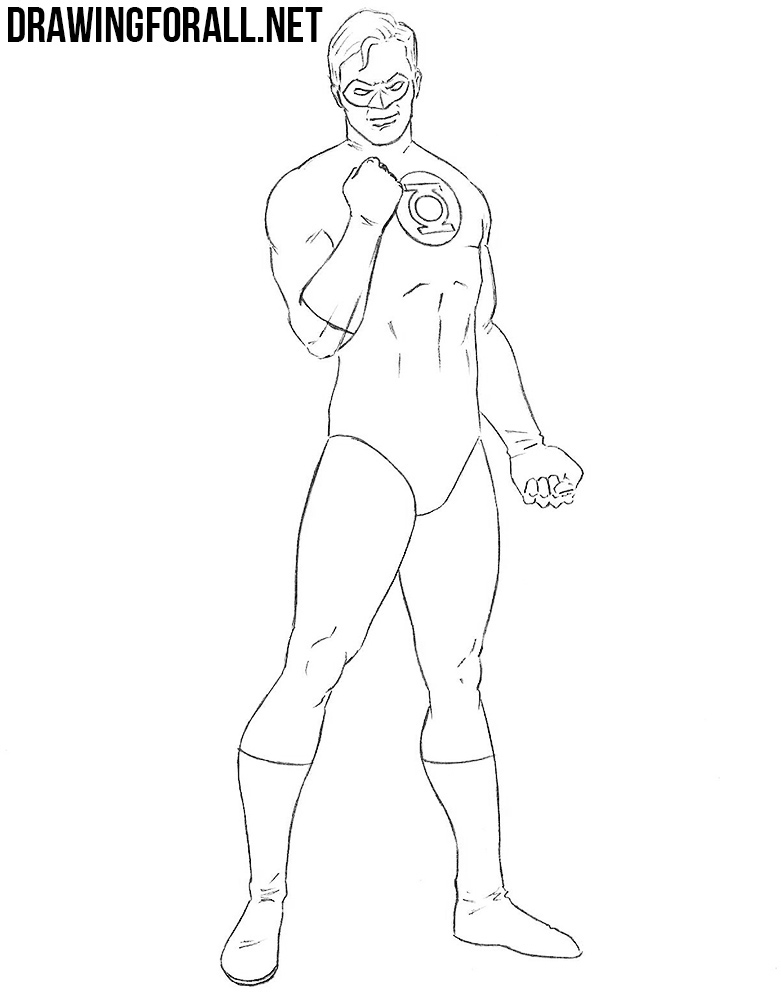 Hello dear artists and comic book fans. Today we have prepared for you a drawing lesson on how to draw Green Lantern from DC. In fact, unlike Wolverine or Thor,Green Lantern is not one person. The fact is that under this name at different times there were different people, the first of which was Alan Scott.

The green lantern in our lesson stands in a static pose, so it will be easy for us to draw his skeleton. Thus, we sketch out the head in the form of an oval, then we draw the spine on which the thorax and pelvis are located. And at the end sketch out the arms and legs. Recall that the length of the body of an adult man is approximately equal to the length of 7-8 heads. 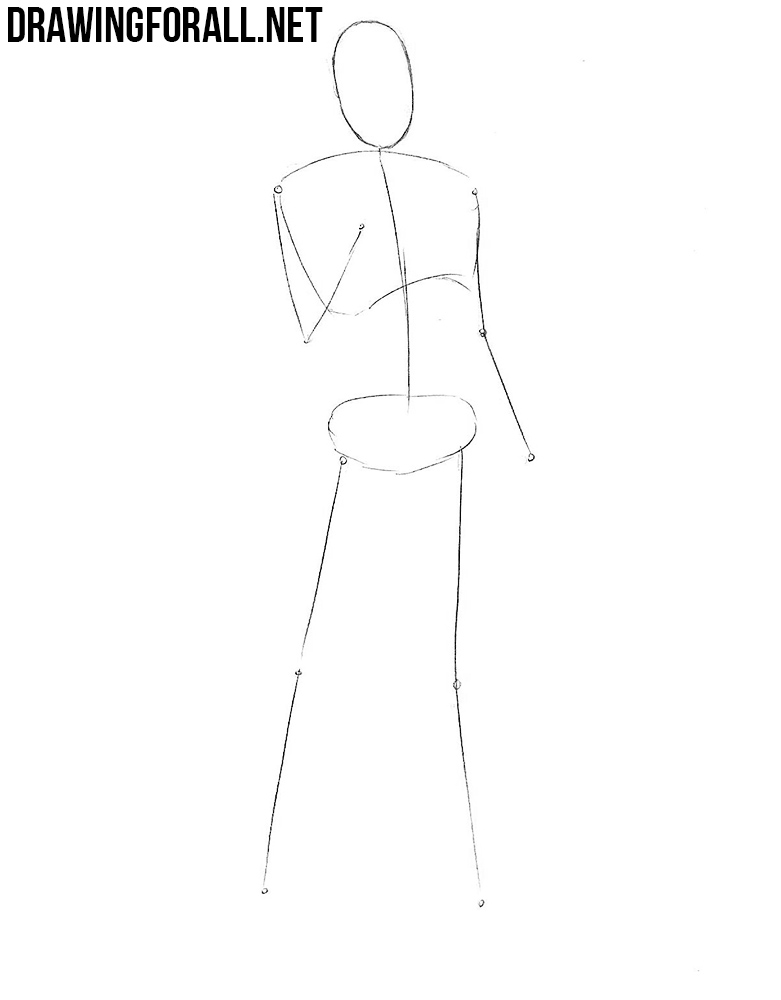 So, we move further in the tutorial about how to draw Green Lantern. Here we sketch out the lines of the facial features. Next, we sketch out the neck in the form of a cylinder. Draw the torso which narrows from the shoulders to the pelvis. Then add volume to the arms and legs with the help of simple cylindrical shapes. 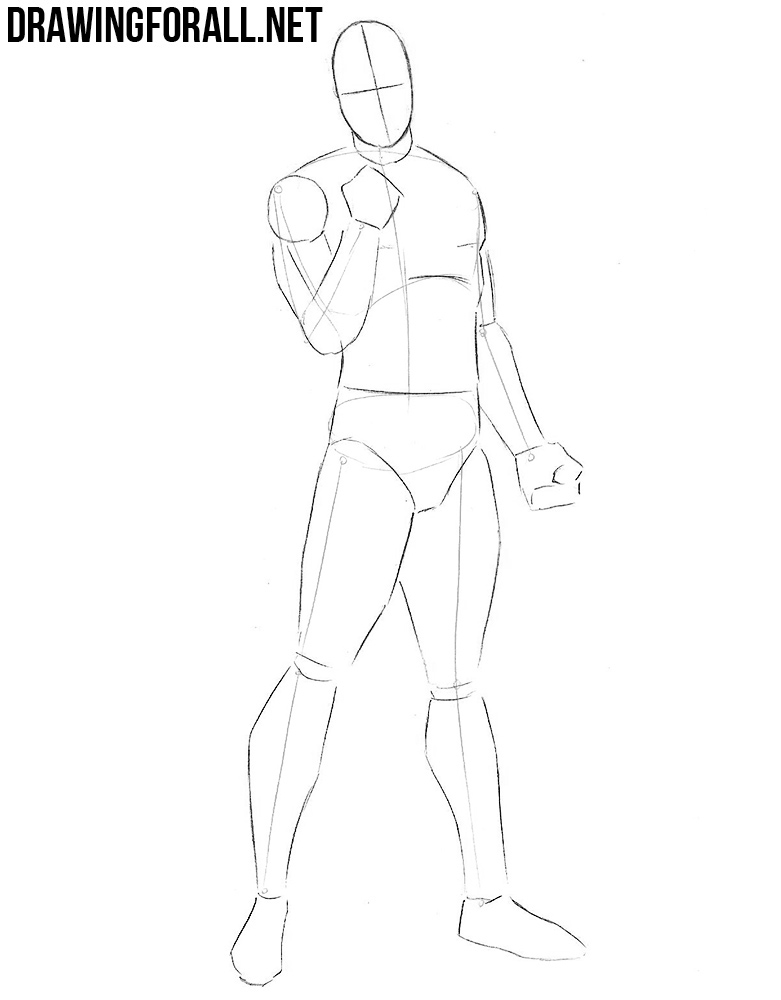 The dummy of our Green Lantern is ready, and we start adding details. Sketch out the eyes on the horizontal line from the previous step. Around the eyes draw out the mask that completely covers the nose. Under the mask draw out the slightly smiling mouth and the outline of the lower lip. 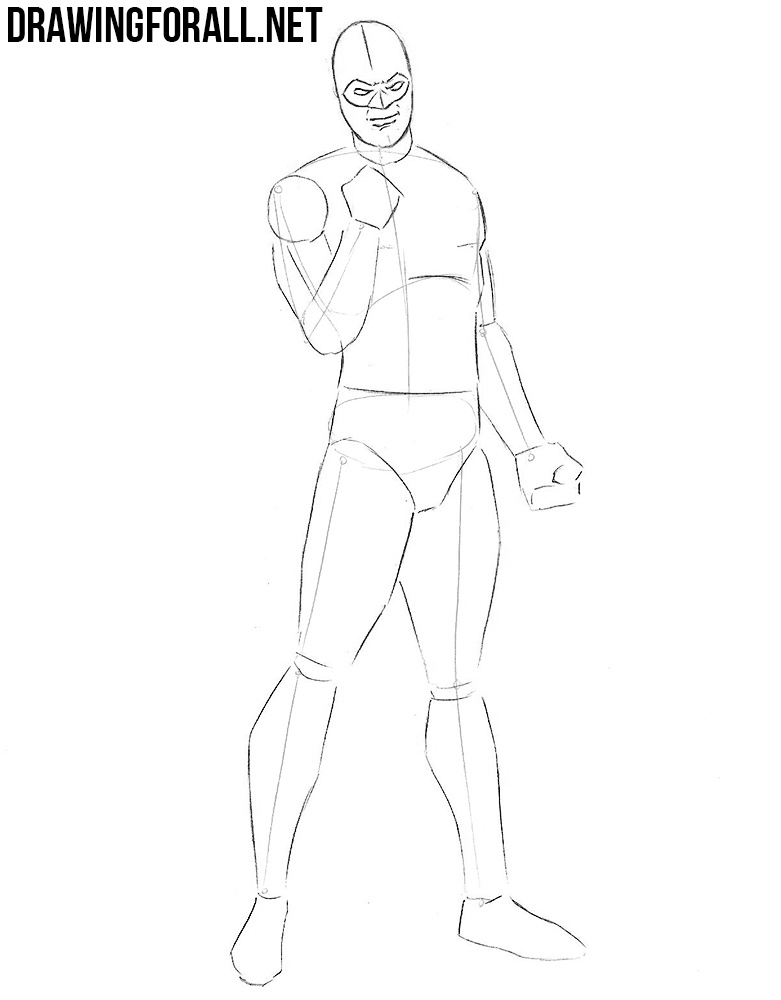 Here we continue drawing the head of Green Lantern. Using curved lines draw the hair laid in the hairstyle, which was popular in the middle of the 20th century. Then draw out the ears and outlines of the jaw of our superhero. By the way, don’t forget to erase from the head all guidelines that we sketched out in two first steps. 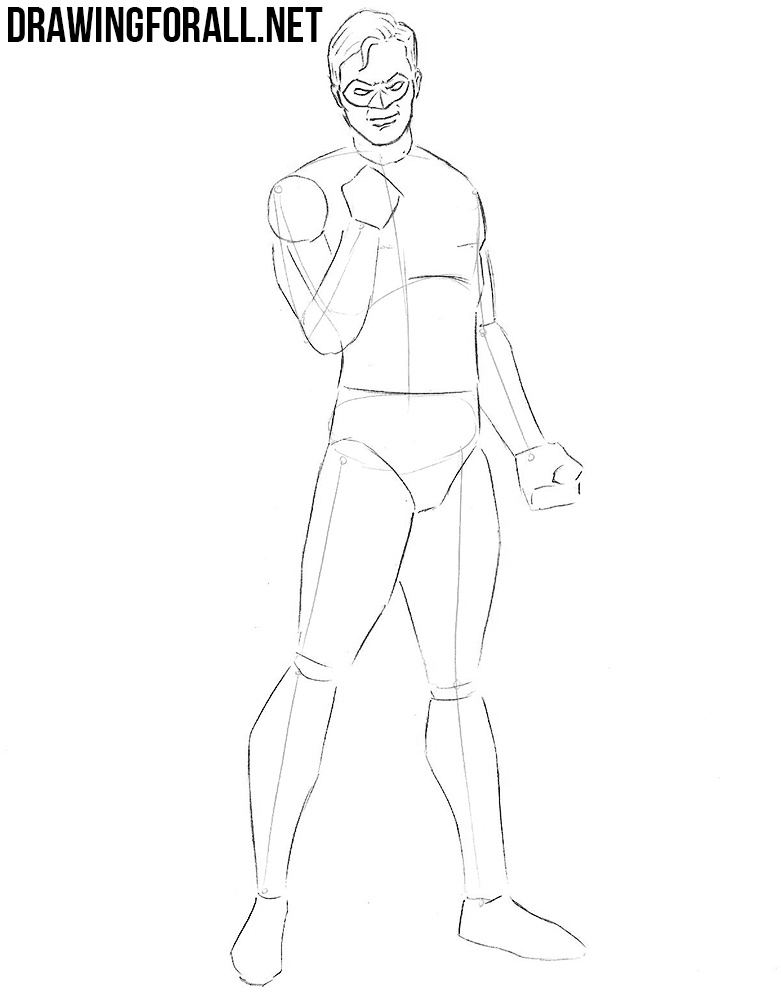 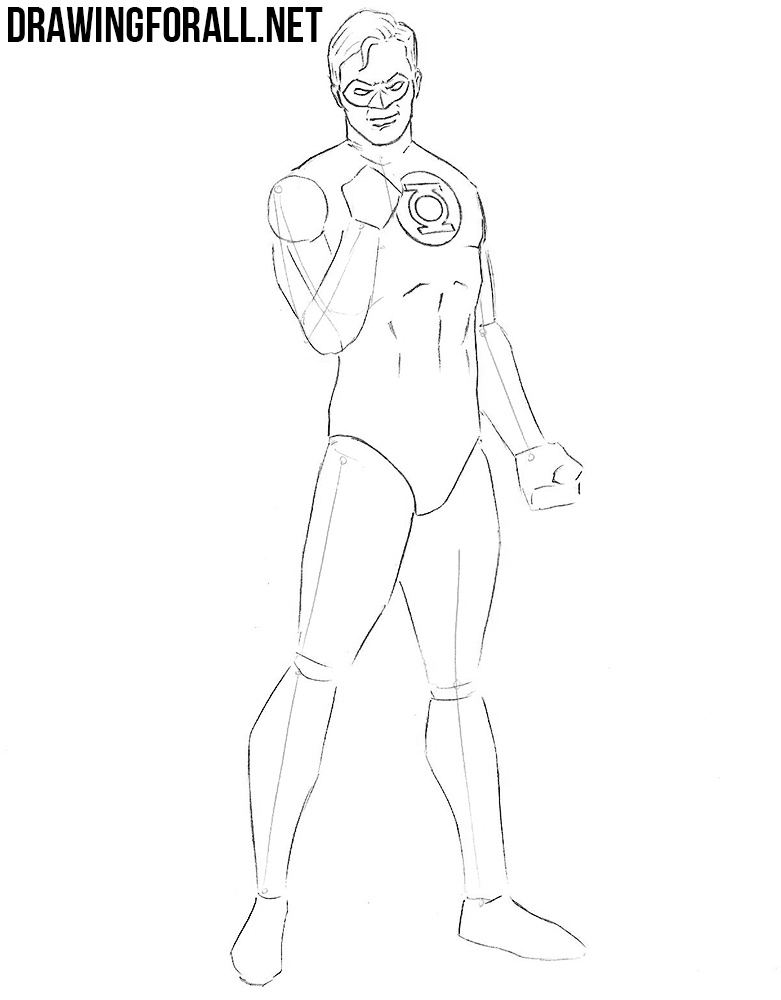 Carefully draw lines of biceps, triceps, forearm muscles. Next we draw out the hands clenched into fists (in order to learn more about this part of the body, visit the lesson on how to draw hands). At the end of the step draw the lines of the gloves and add some folds.

It was quite difficult, but it was worth it. Today we drew classic Green Lantern, but using this drawing lesson you can draw any superhero, because the principle of drawing is the same, the differences are only in details.