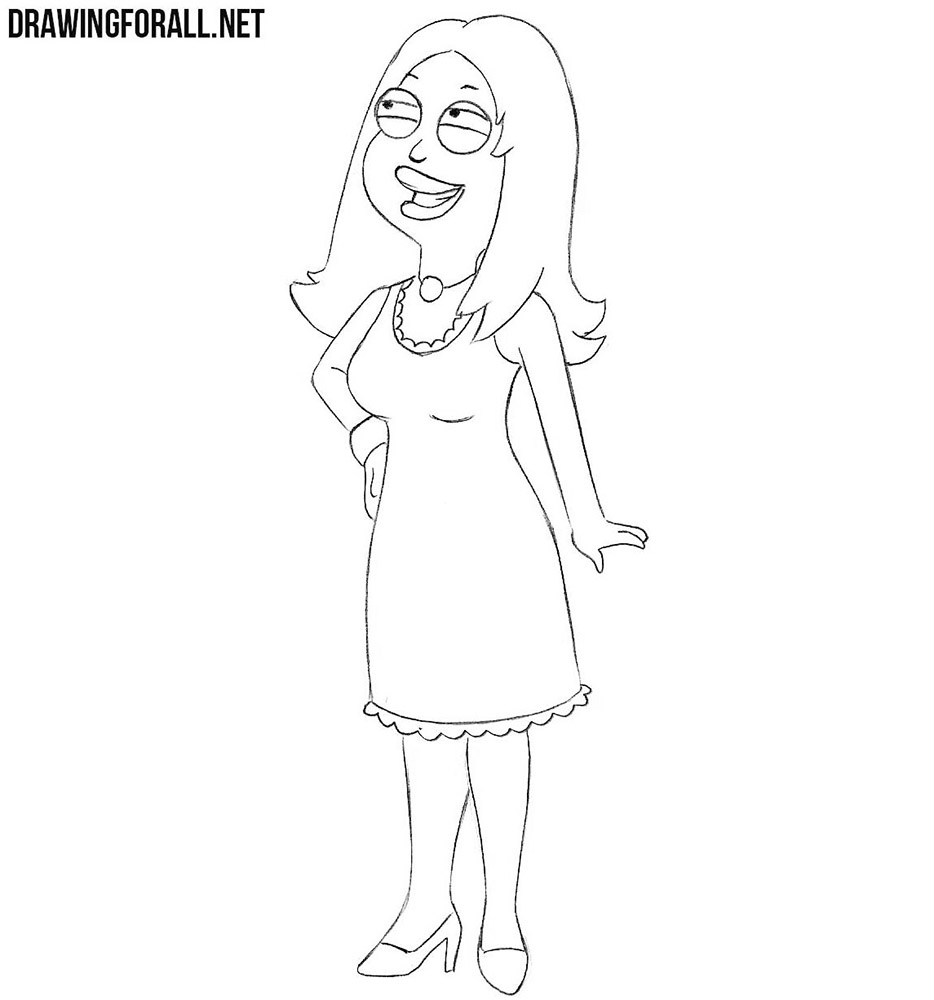 The lesson about how to draw Francine Smith begins with the fact that we draw two eyes with simple circles. 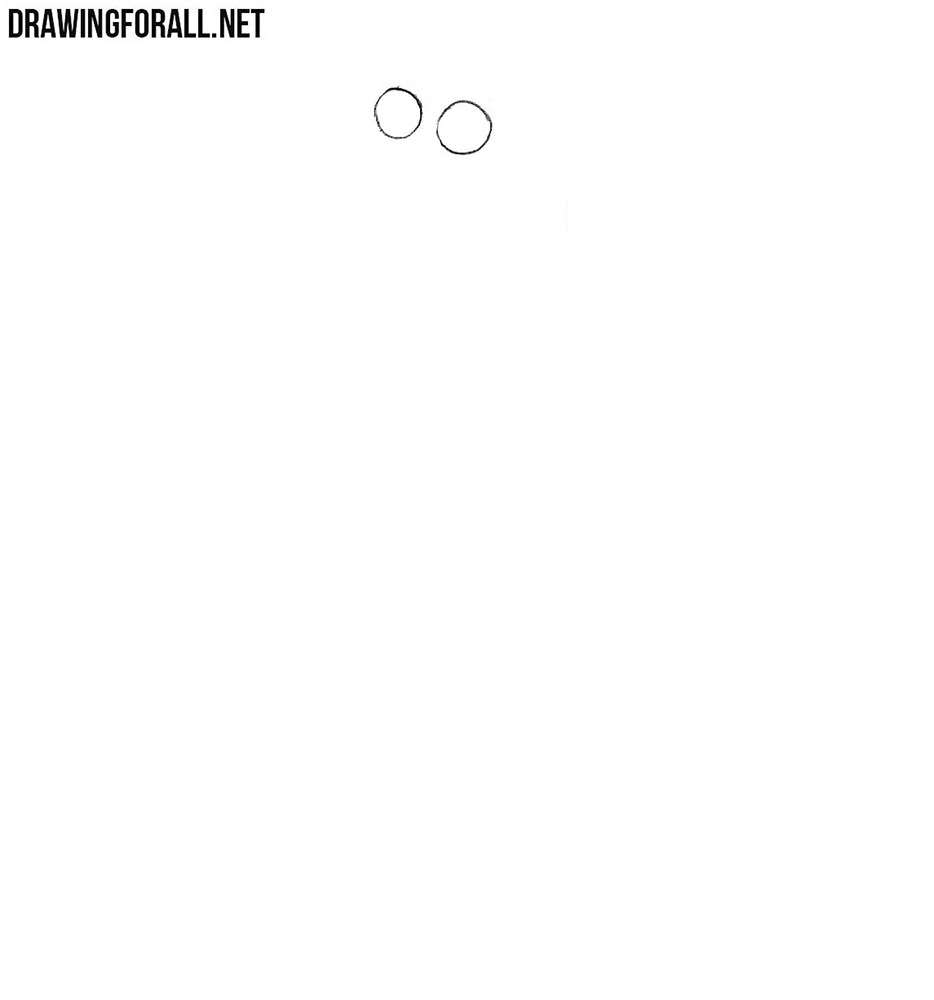 Now draw the eyelids with simple lines and pupils in the form of dots. Sketch out the nose and move next. 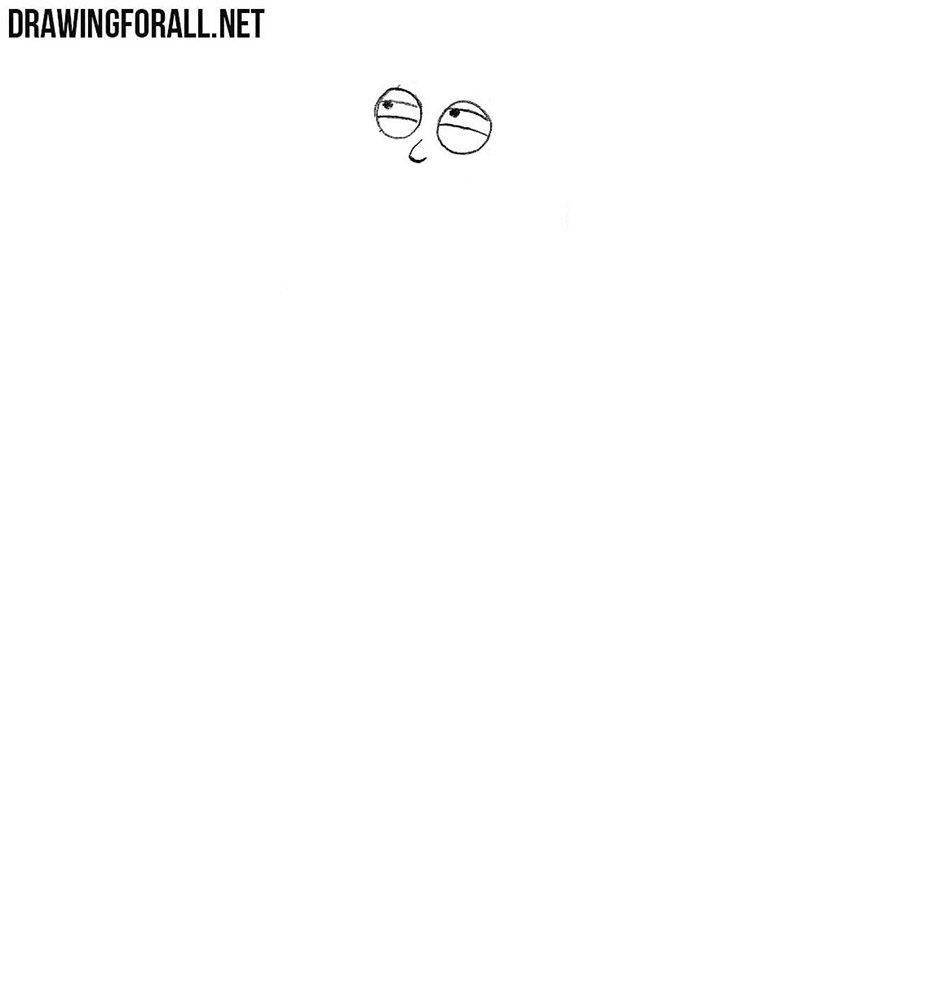 Draw out the outlines of the cheek and forehead. Next, draw plump lips and the eyebrows lines above the eyes. 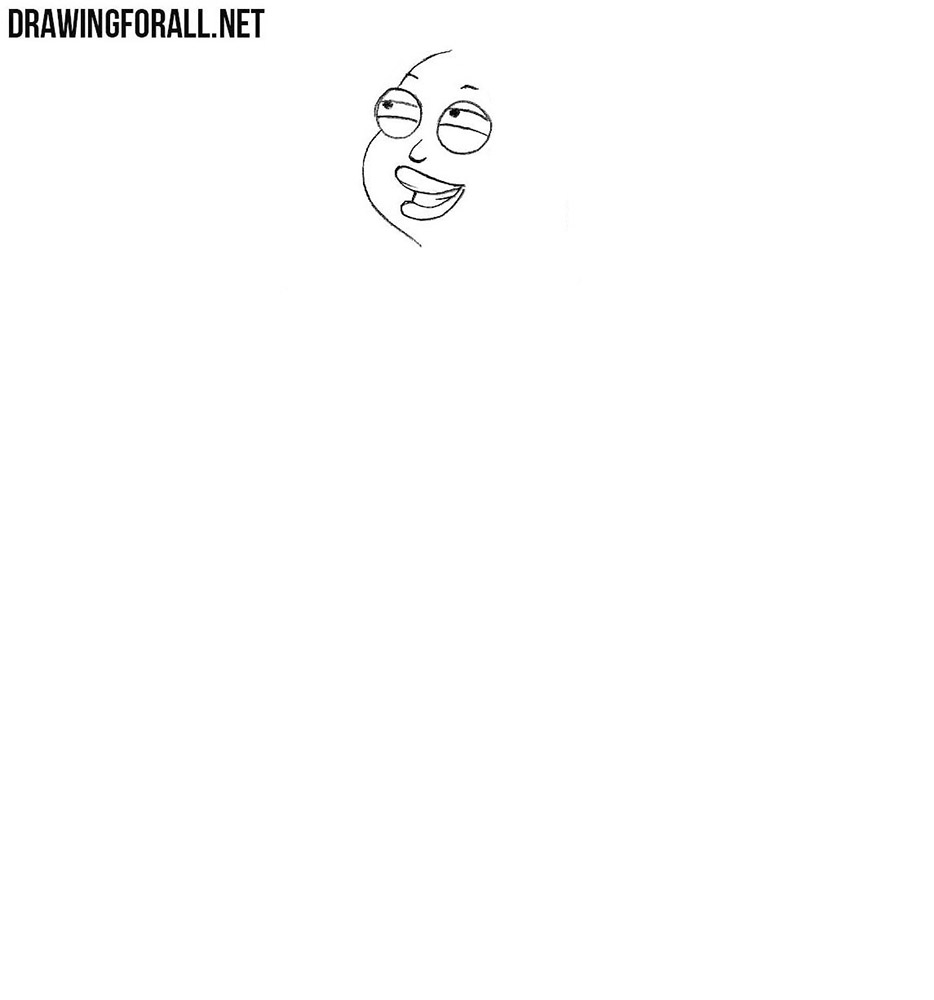 Now it’s quite a difficult step – here we will need to draw Francine’s long hair. 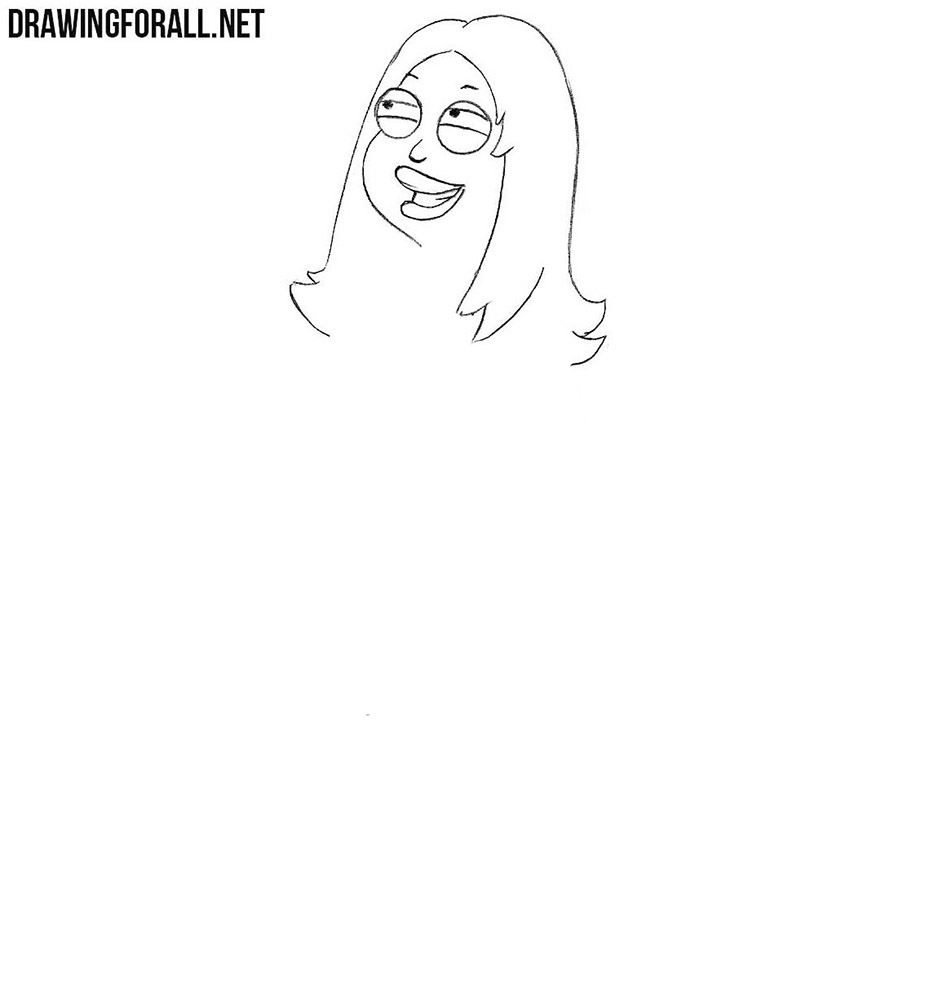 Draw a thin neck with an amulet on it. Next draw the neckline of the dress. 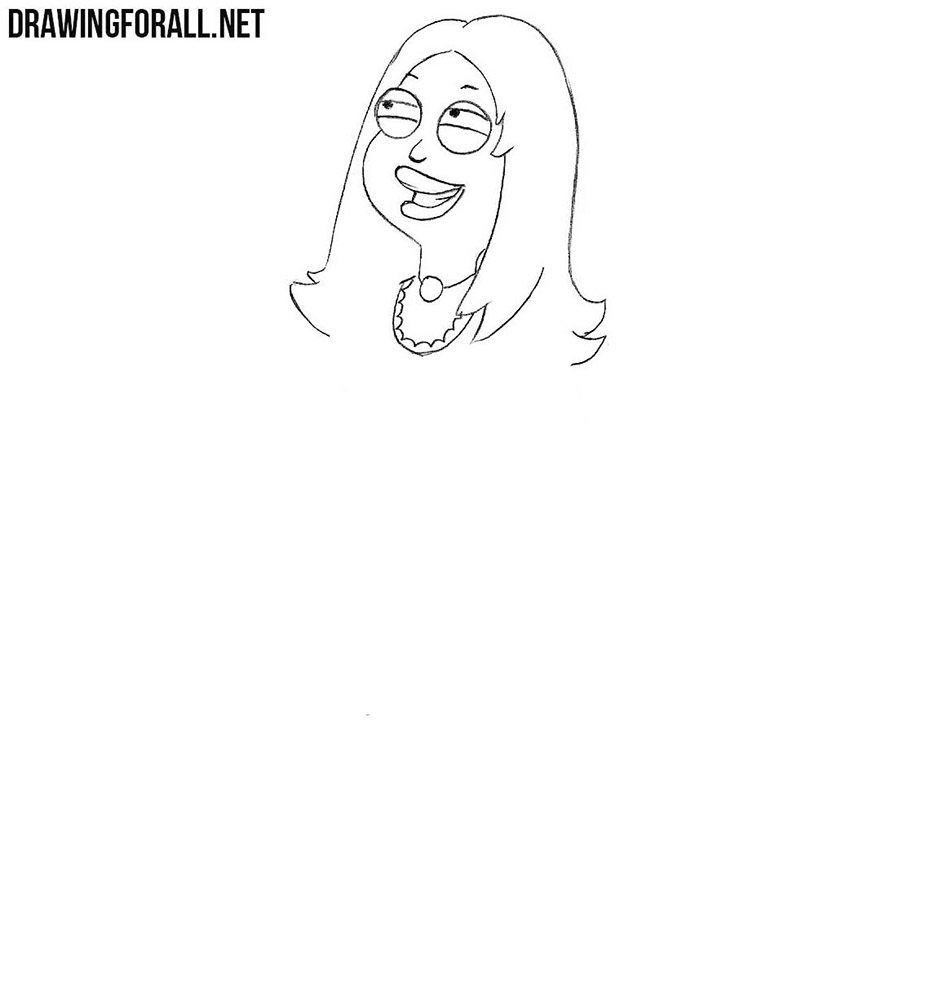 Now carefully draw out the outlines of the dress, taking into account the curves of the body. 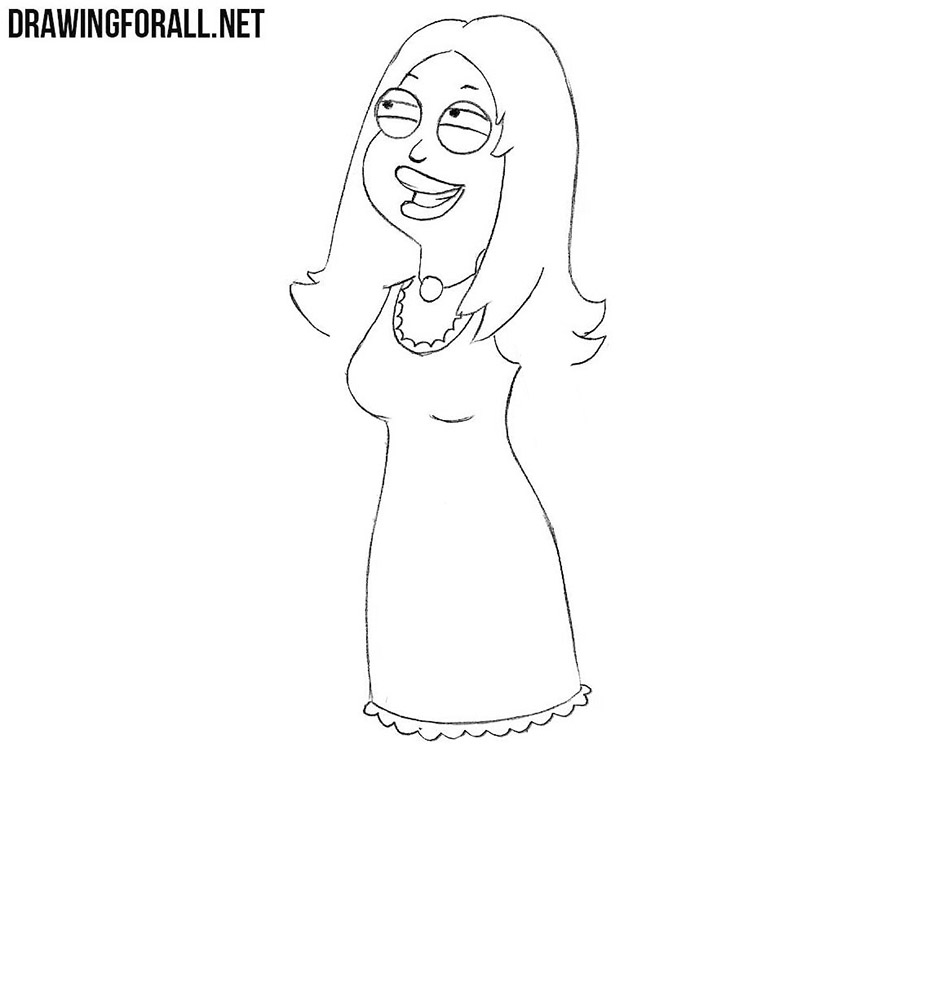 Using clear and dark lines, carefully draw out the arms. Do not forget to draw a bracelet on the wrist. 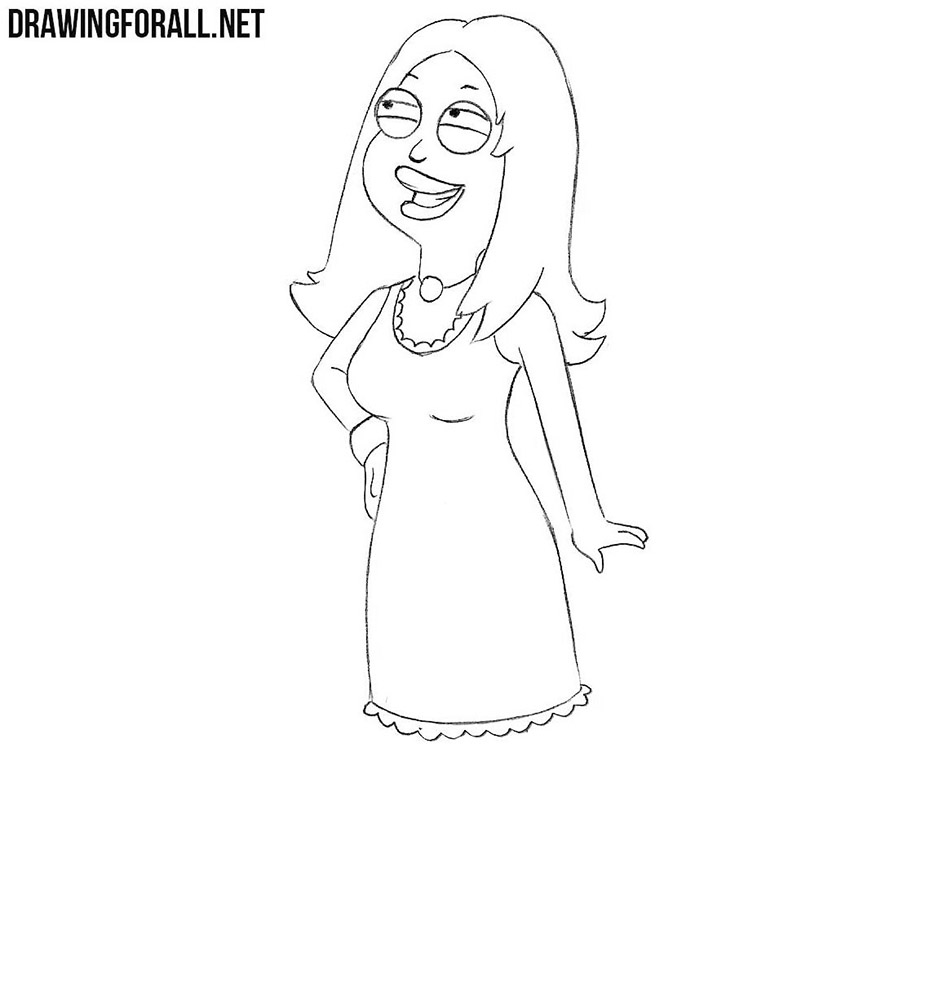 And in the final step of this tutorial we will draw the legs and shoes of Francine Smith.

We drew a lot of, but not all of the characters from the series American Dad. Write to us what lessons about the characters from this famous series you would like to see on the pages of DrawingForAll. Also be sure to write us your opinion about this article and our website in general, it is very important for us.