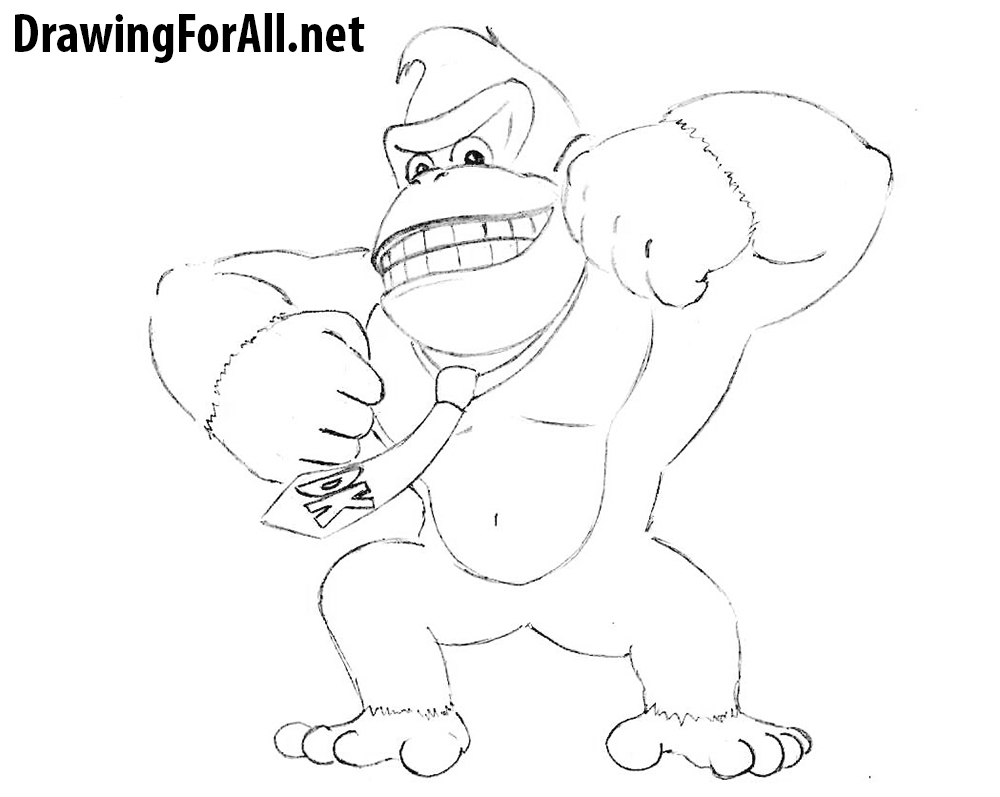 First sketch the outline of a gorilla with a few rounded shapes. The largest and longest of which is the torso. Draw the vertical lines of the face simmetry. 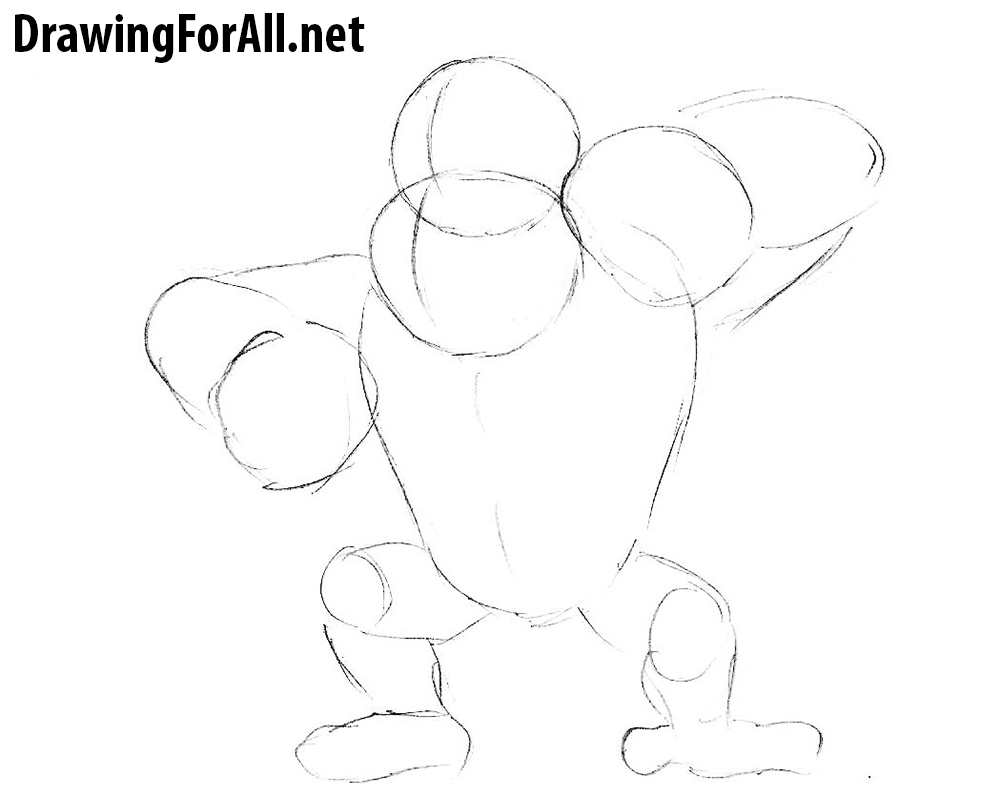 So we have a very small step, but small error in this step can bring big problems with Donkey Kong’s appearance in the next actions. Let’s start. The face of a cartoon’s gorilla looks like a grotesque human face. Draw massive eyebrows that formed obtuse angle (we marked this angle): 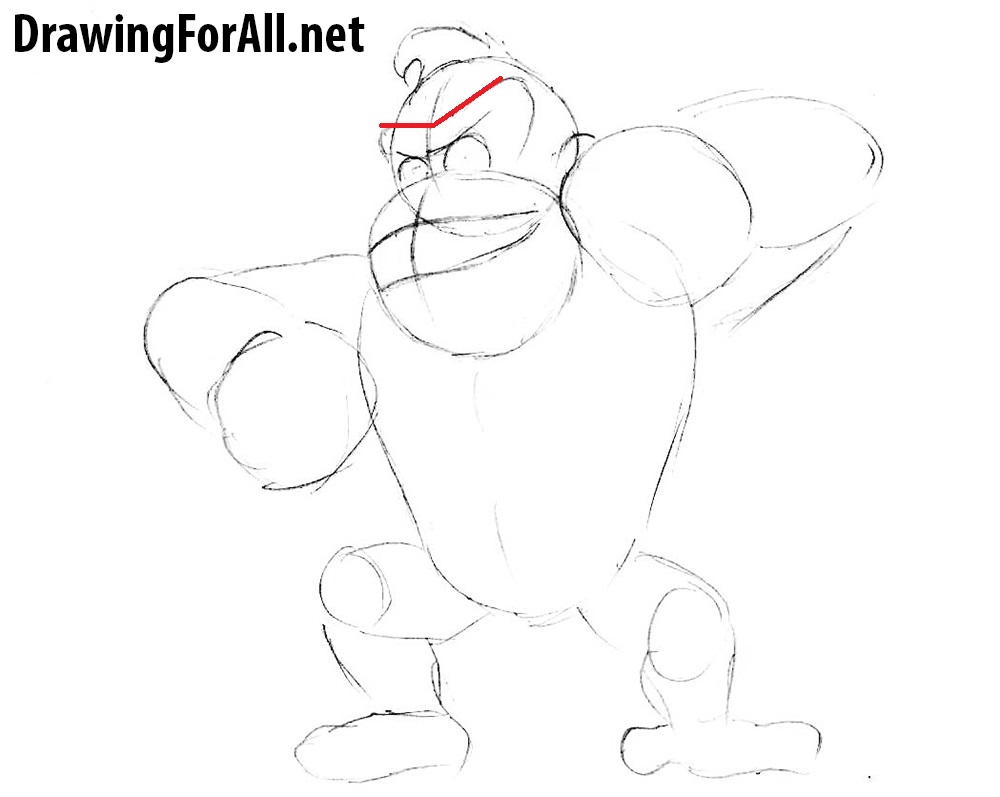 Then draw the eyes. In the our exemple the eyes is a a couple small circles. A very important thing – be sure to use the face lines from the previous step as a guide. Also in this step you should draw the edge of the ear.

Ok, now we have a silhouette, so let’s draw the details of the face. We should draw:

Draw the fingers. Donkey Kong’s fingers are large and massive. Also in this step we should draw pectoralis major muscles. 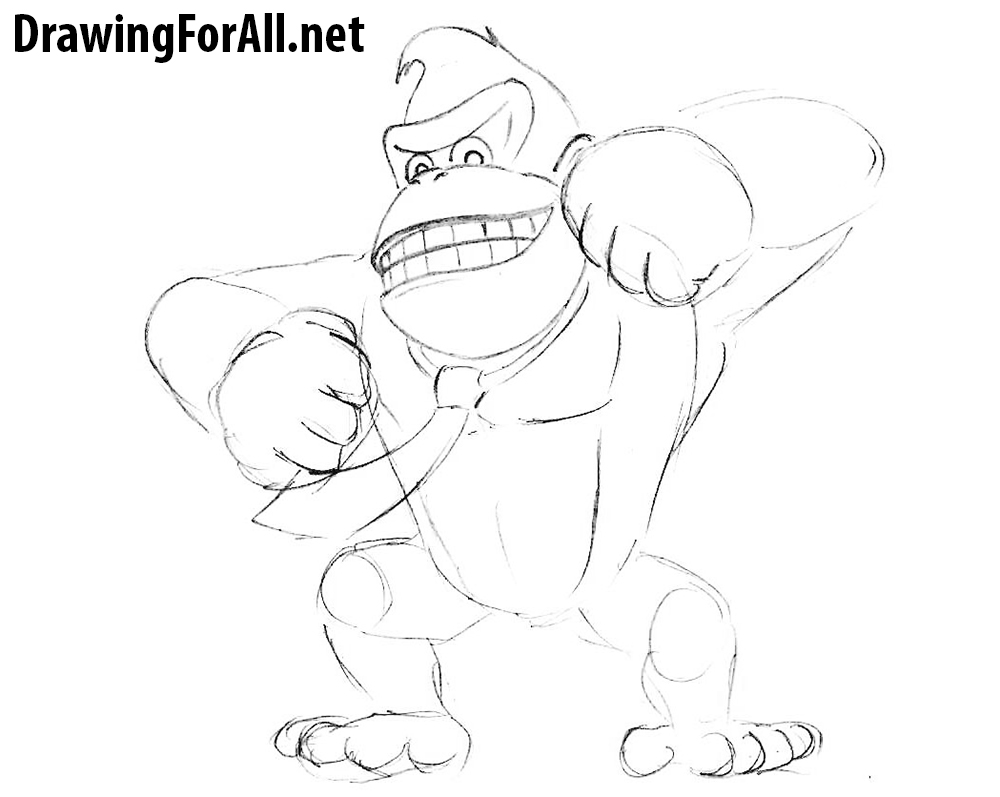 So we have a final step. If your paint looks similar to our paint, you can do the final actions. If Donkey on your picture has any distortion, you must return to a specific stage and fix them.

When your final result will be quality, you can erase all unnecessary lines and darken the contours.