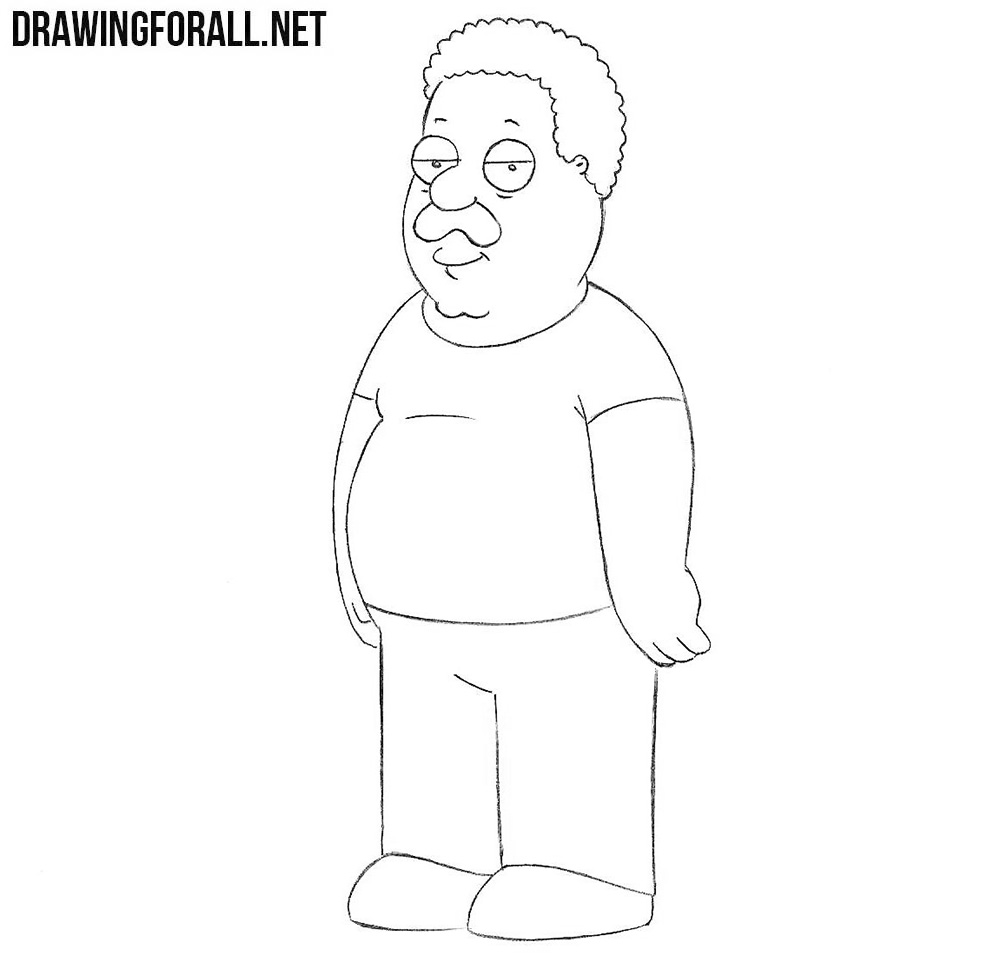 In previous drawing lessons we showed how to draw Peter Griffin and almost all of his best friends. But this series of lessons would not be complete without a lesson on how to draw Cleveland Brown – the neighbor of the Griffin family and one of the best friend of Peter.

The very first thing we do is outline the head and torso of Cleveland with the help of two figures similar to a pear. 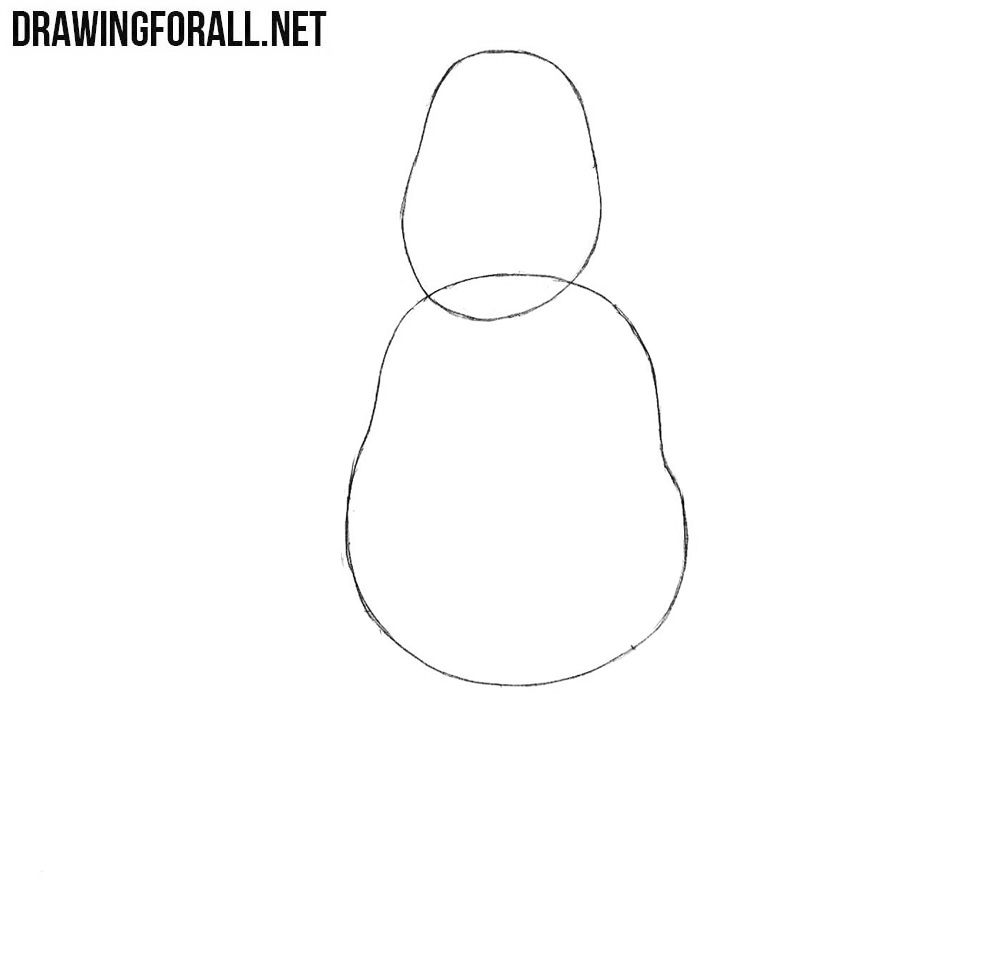 Now with the help of light lines, we sketch out the arms and legs of our character. 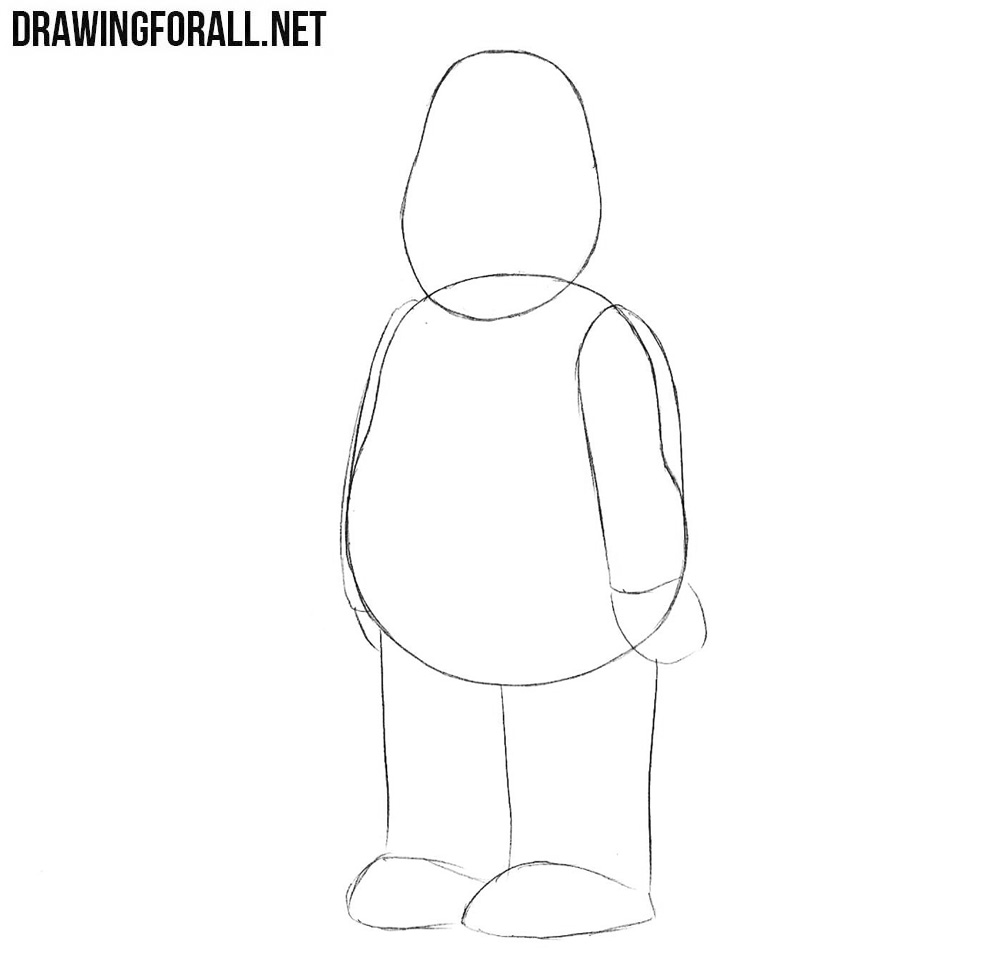 Using two very simple circles draw out the eyes of Cleveland Brown. Then we draw the nose and move to step number four. 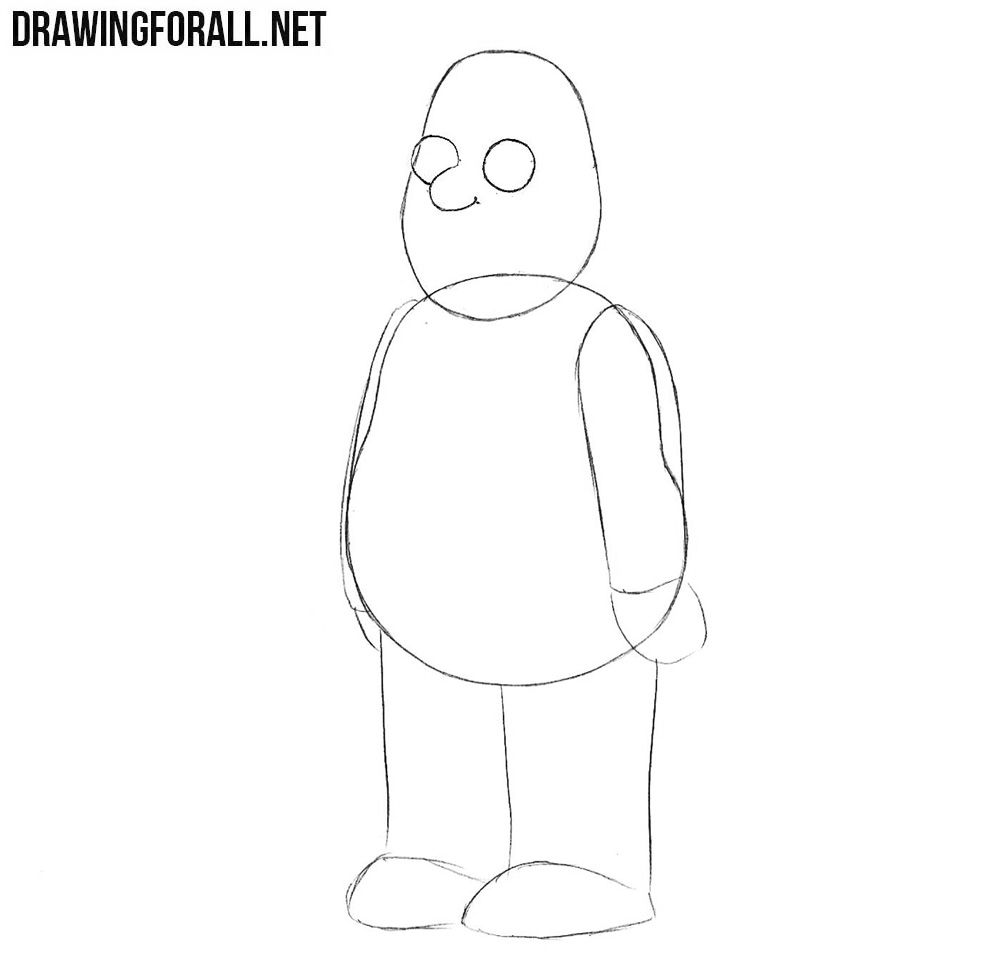 Draw out eyelids and pupils. Next, draw out the eyebrows over the eyes, wrinkles below the eyes and mustaches below the nose. 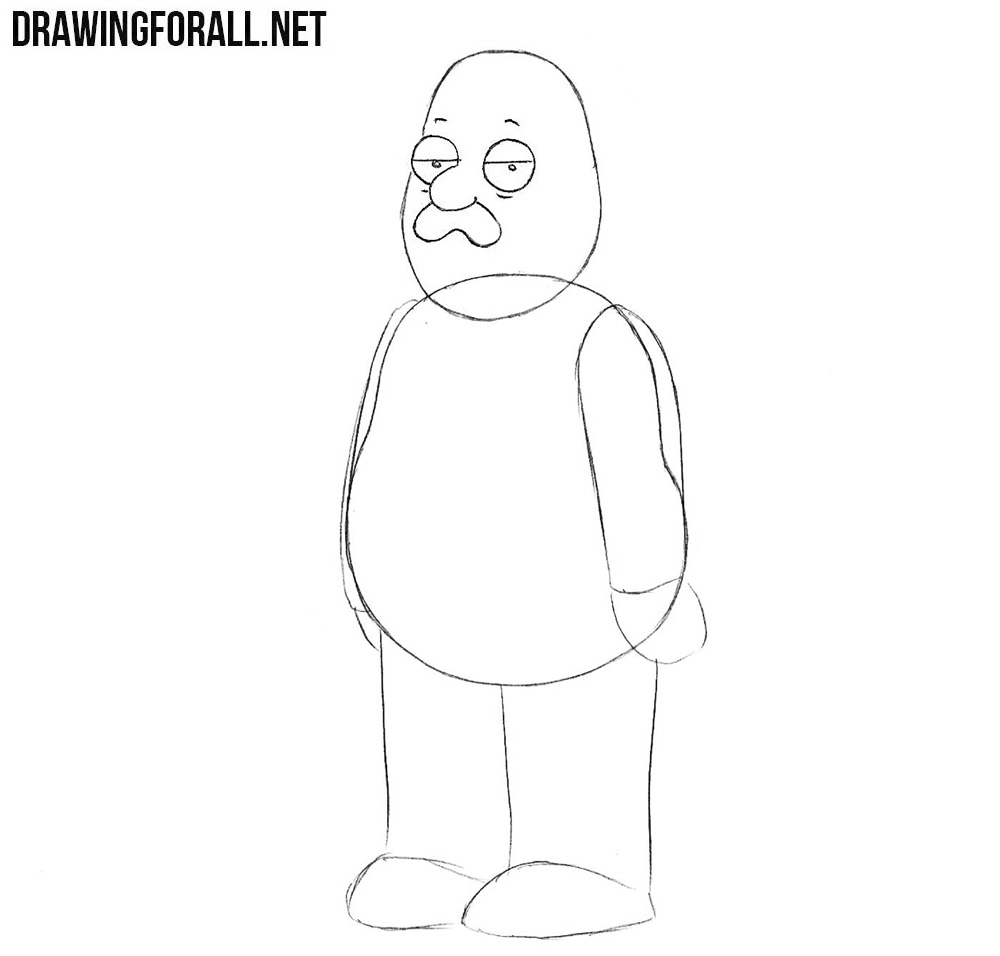 Using smooth lines, draw a cheek and chin. Next, draw a smiling mouth and move to the sixth step. 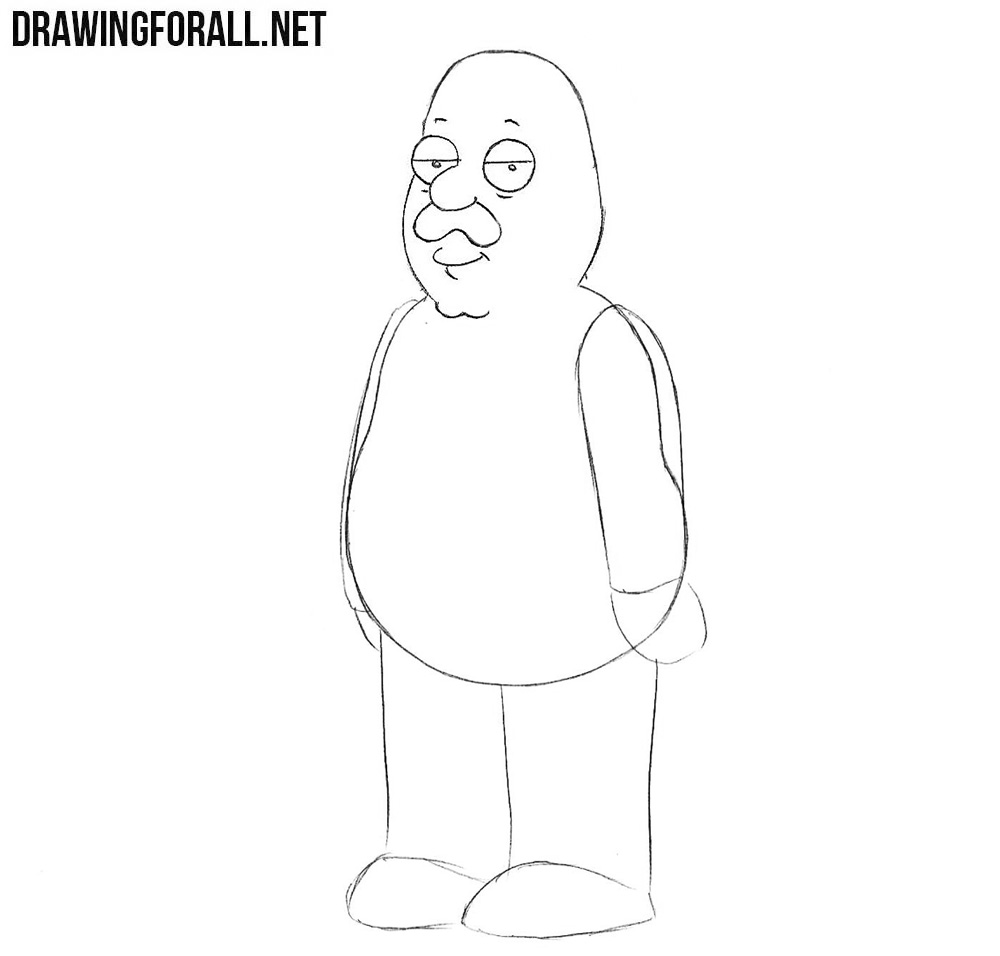 A fairly simple step in which we will draw the ear and curly hair with the help of wave lines. 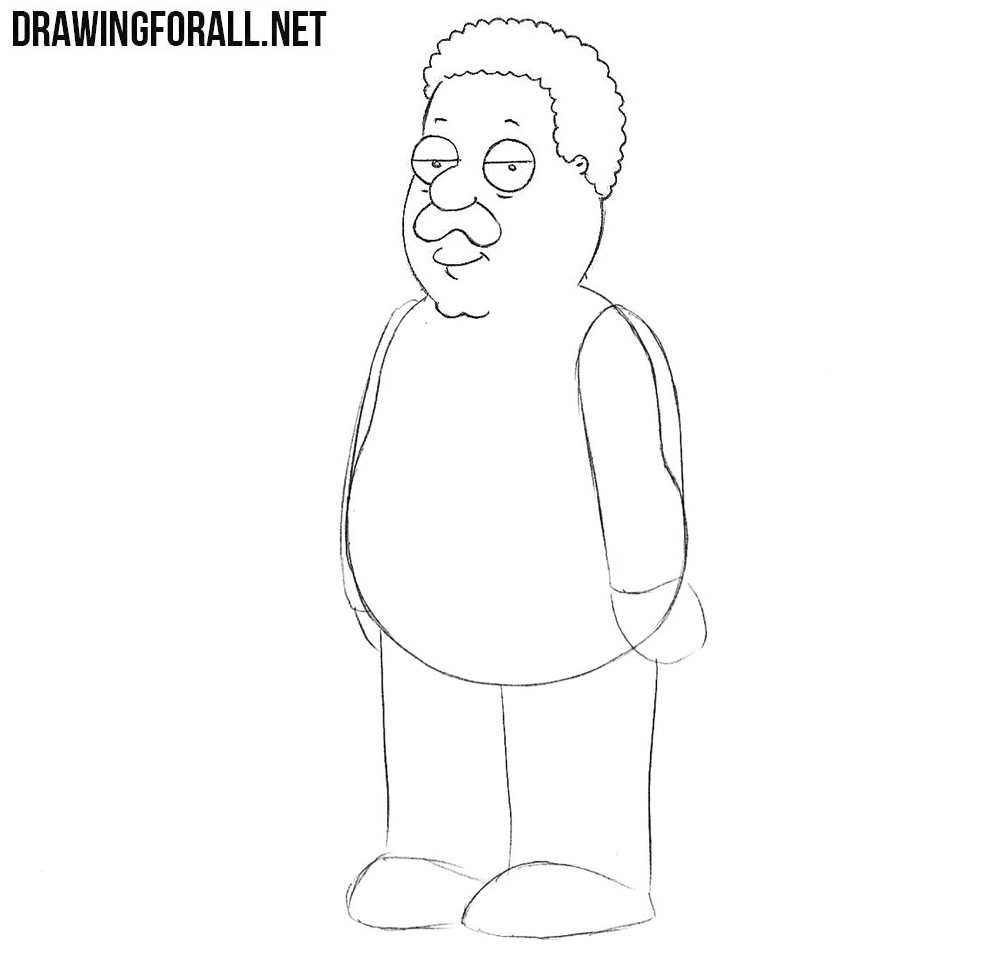 Here we draw a line of neck and outlines of the torso of Cleveland Brown. 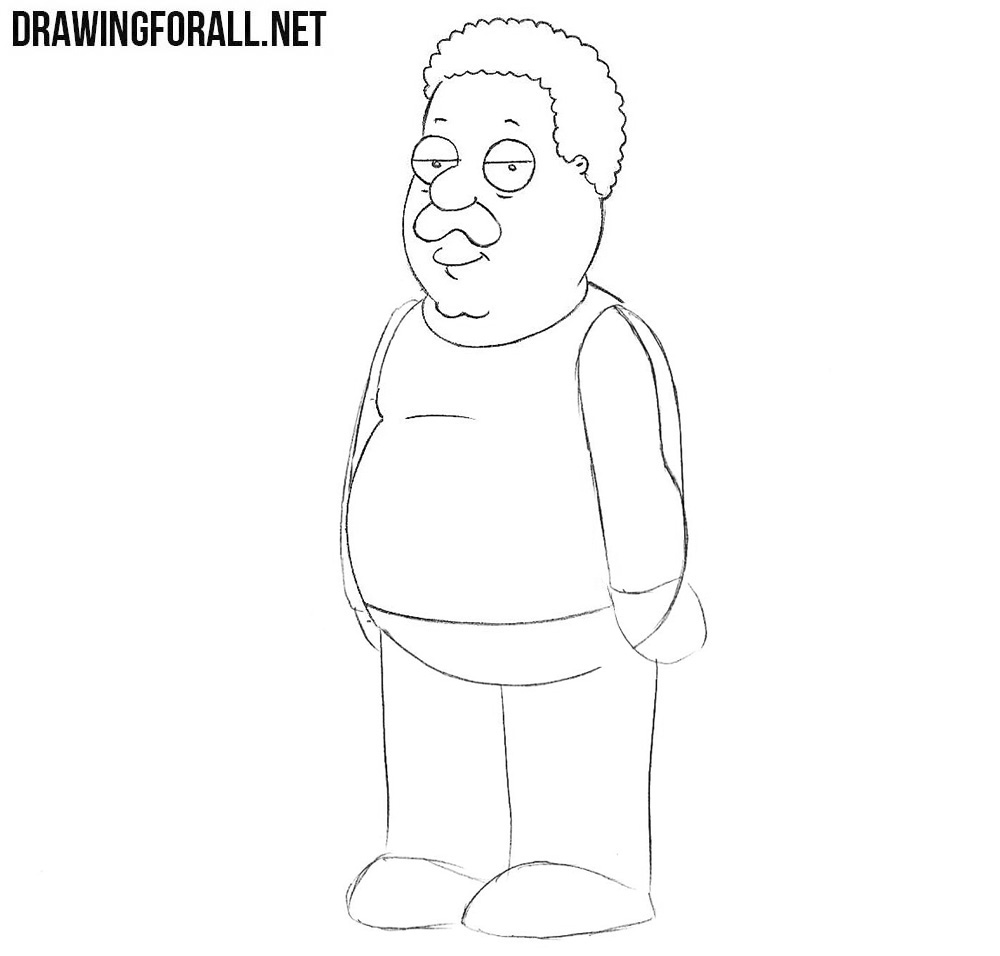 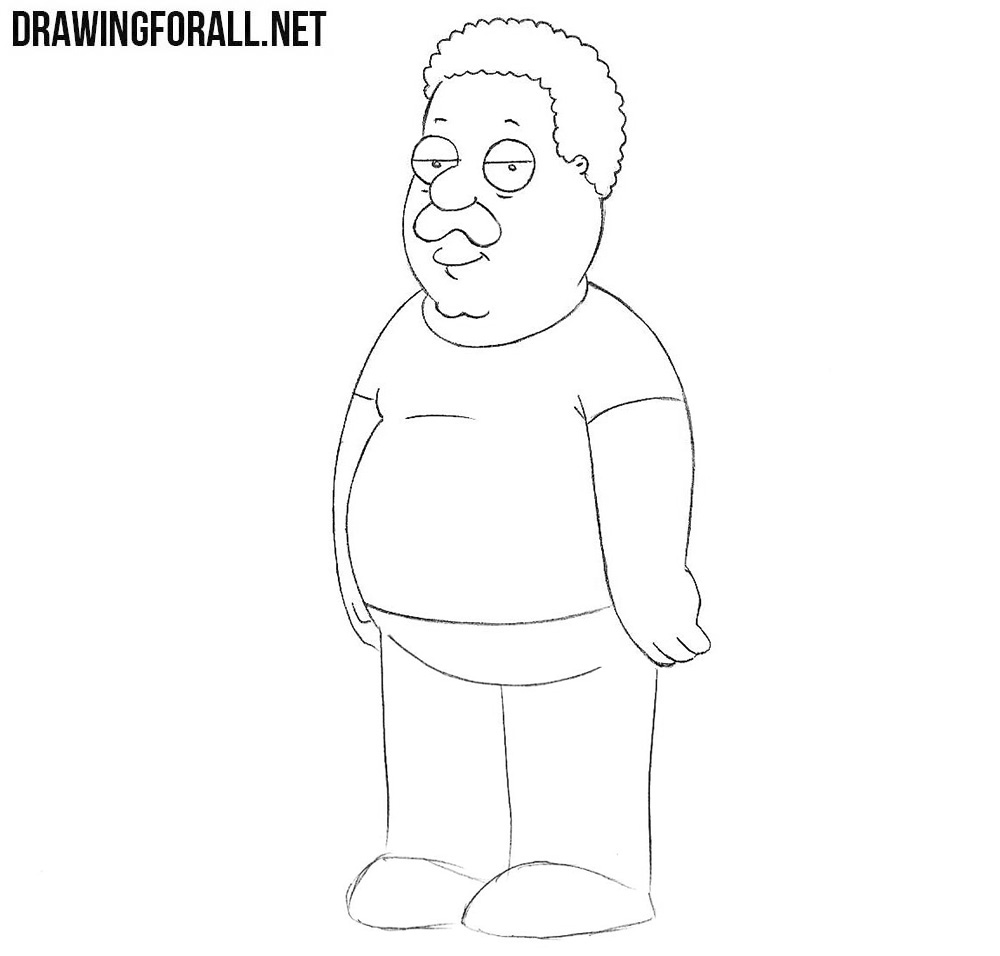 And the very last step of this lesson in which we draw the legs and shoes. Also here we remove all the remaining guidelines.

Who is your favorite character from the series Family Guy? Find this character on our website and learn how to draw it. If we still don’t have this character, then let us know about this, so that we can create such a lesson.