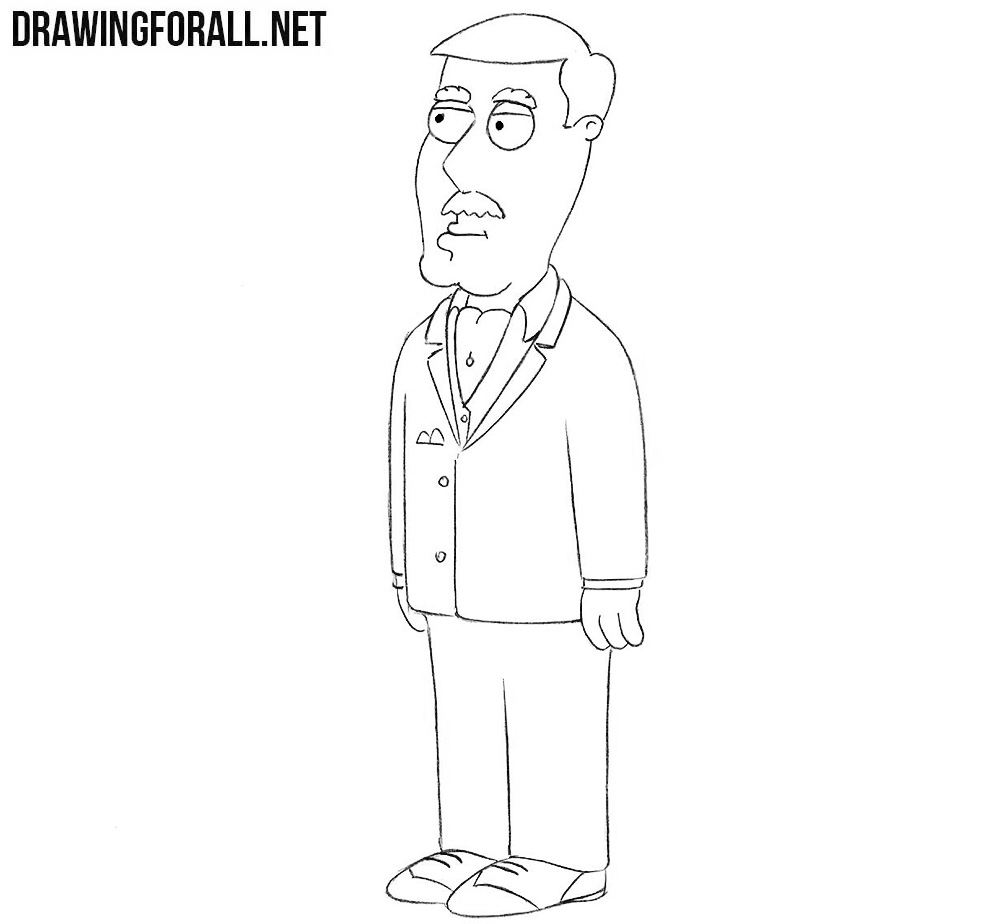 In this drawing lesson the team of Drawing For All will show you how to draw Carter Pewterschmidt – father of Lois Griffin, a wealthy industrialist and a minor character of Family Guy.

First of all sketch out the oval head and the shape of the torso. On the head draw two intersecting lines. 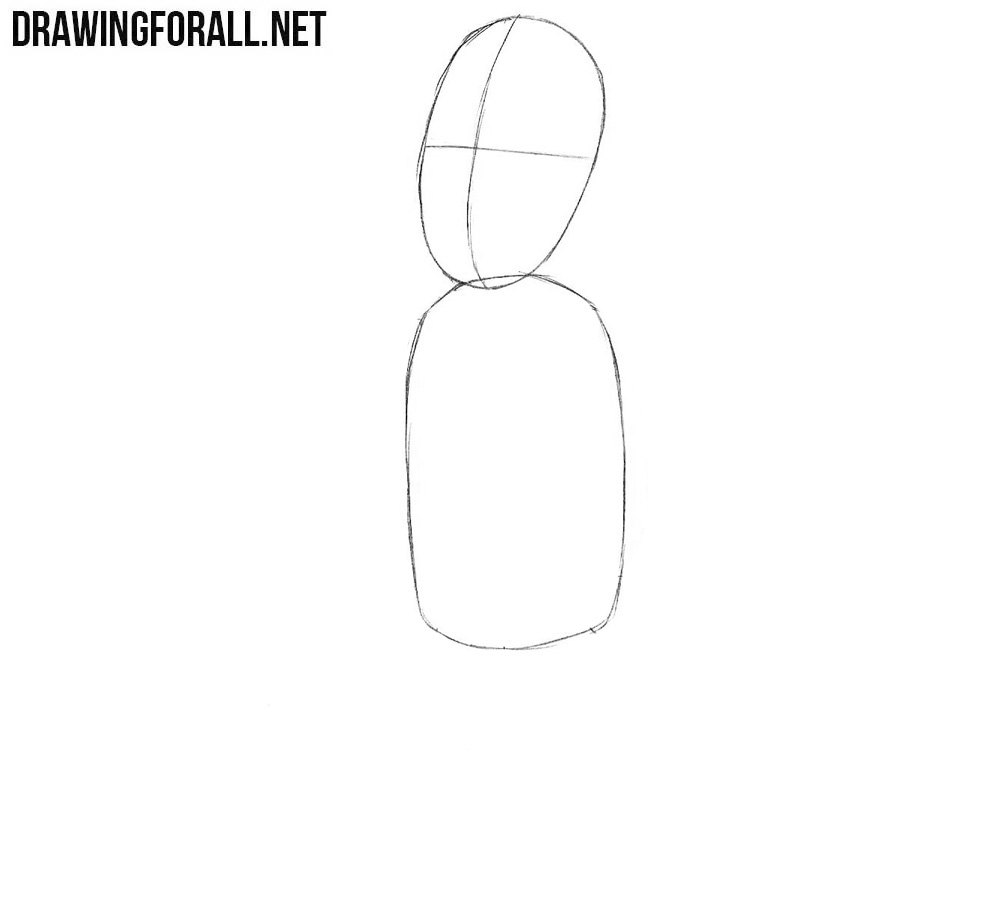 Next, using simple geometric shapes sketch out the outlines of arms and legs. 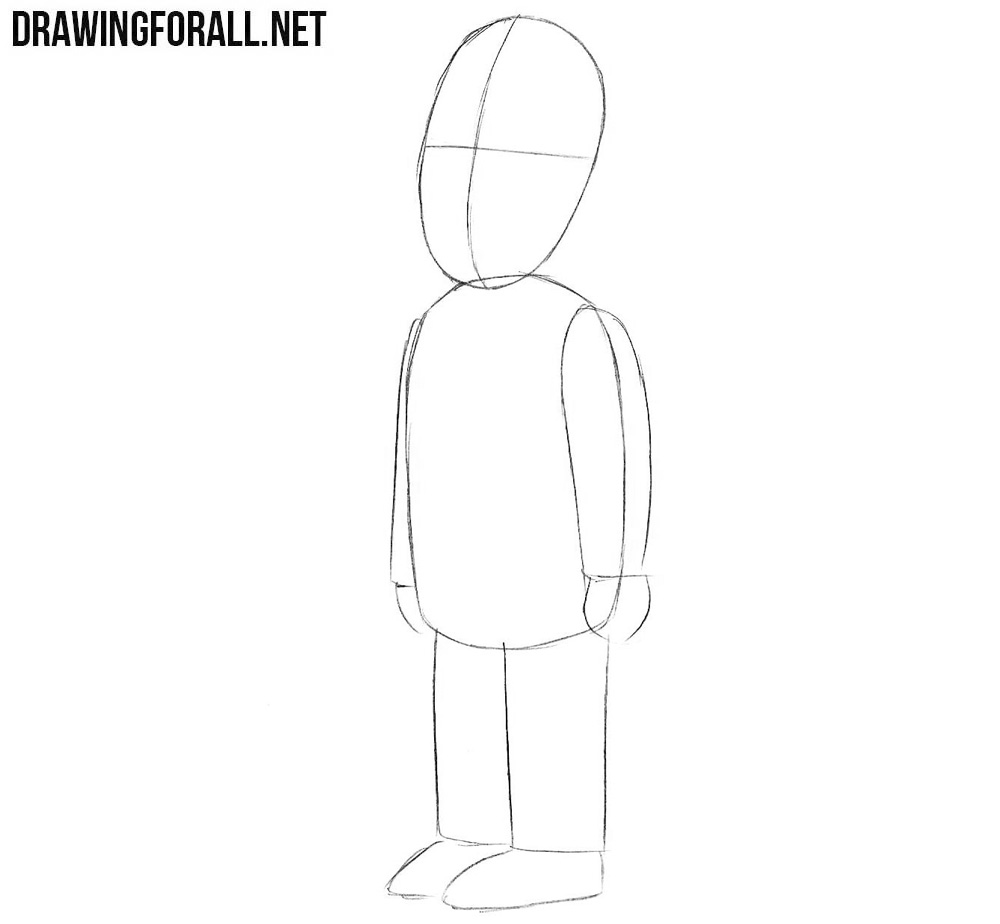 Now draw round eyes, eyelids and pupils in the form of dots. Draw a sharp nose and move to the nest step. 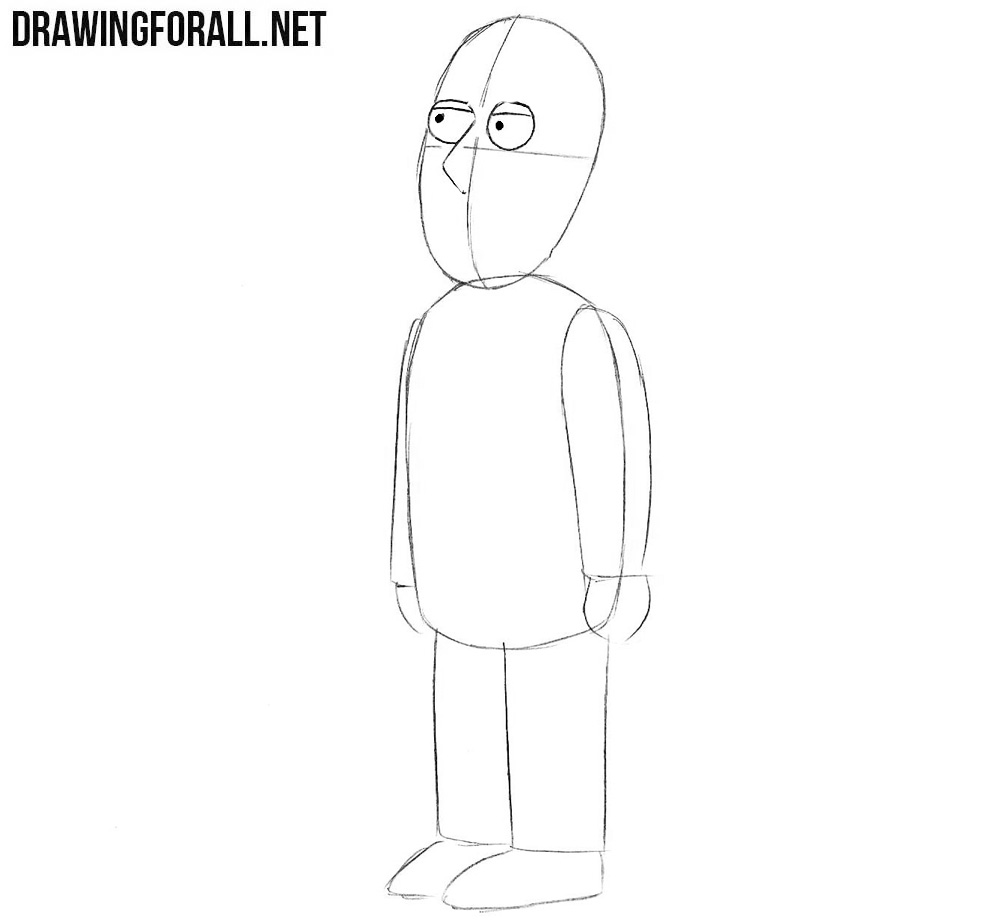 Above the eyes draw shaggy eyebrows and below the nose draw no less shaggy mustache and mouth. 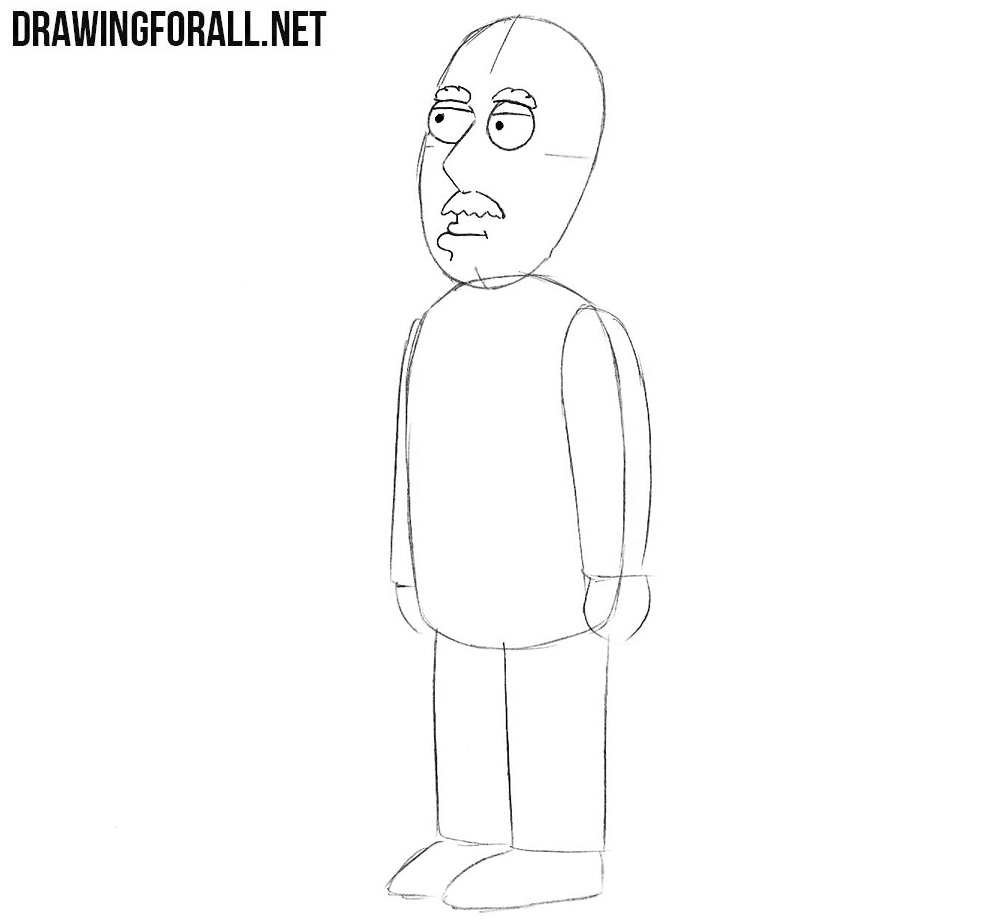 Here we carefully draw out the outlines of the hairstyle. Next, draw the ear, the contours of the face and chin. 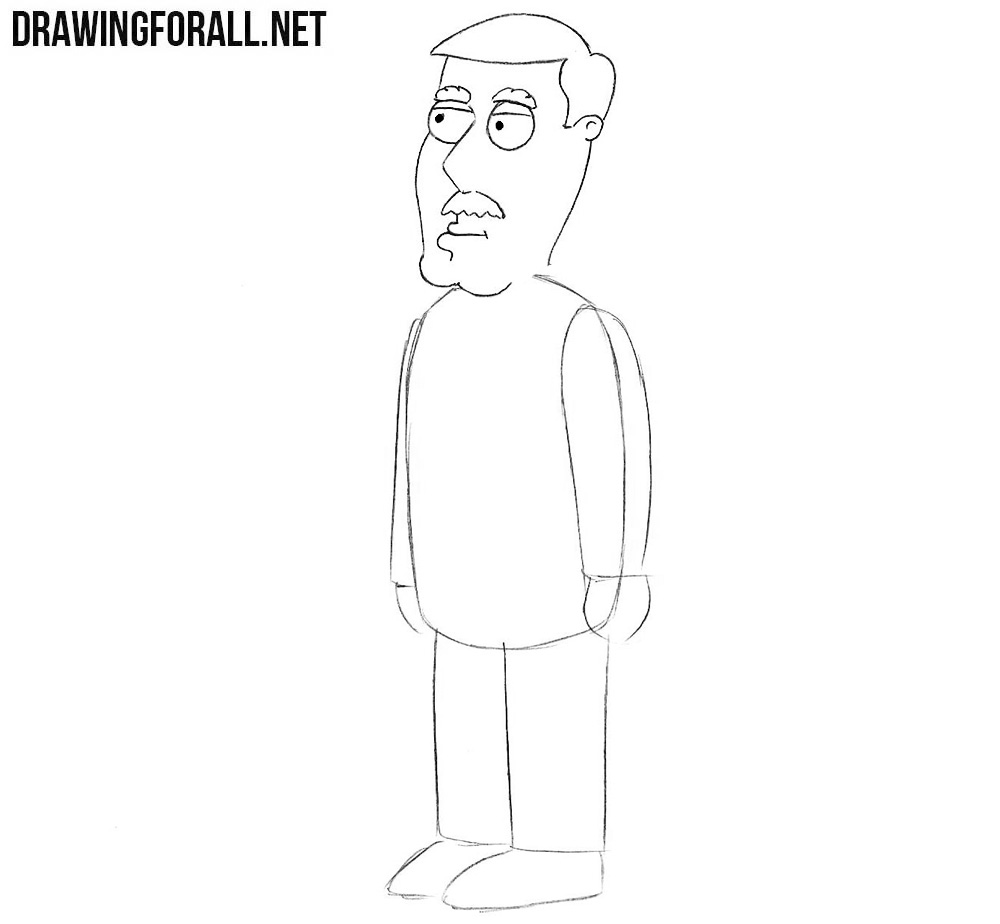 Let’s work with clothes of Carter Pewterschmidt. Draw numerous elements of shirt, jacket and tie, as in our example. 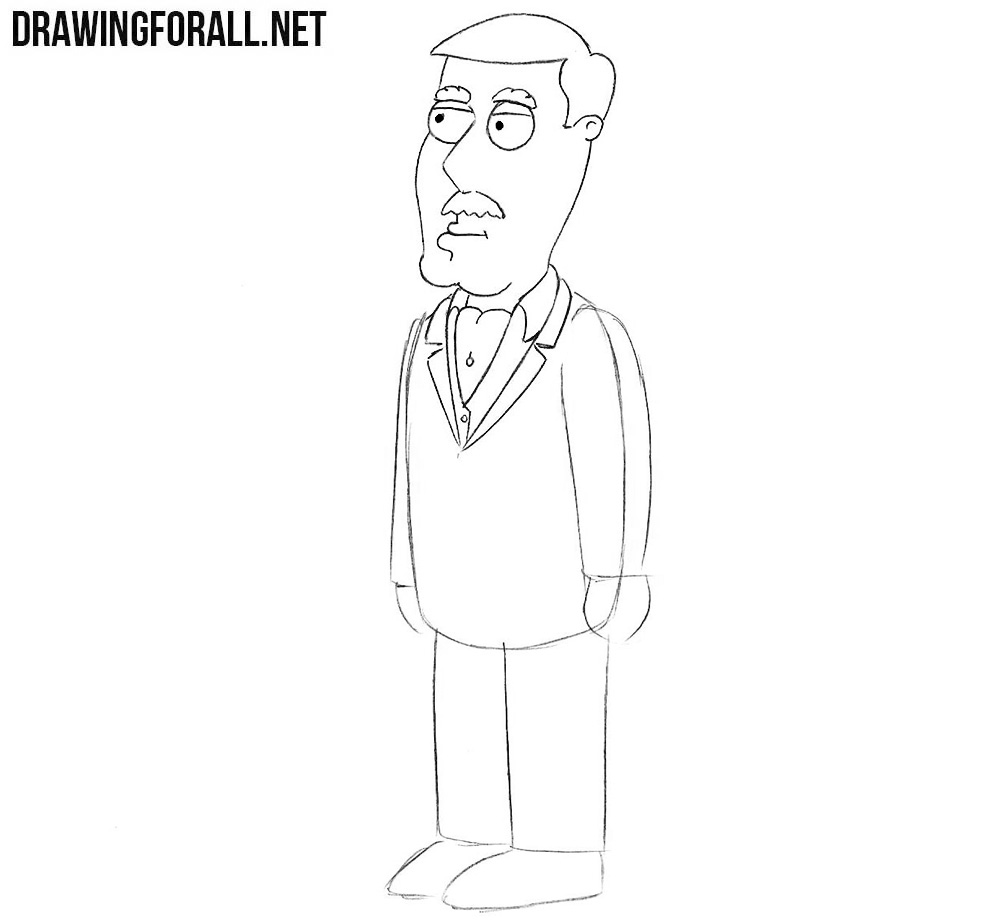 Now with the help of straight lines draw out the outlines of the jacket. On the chest draw a handkerchief and buttons. 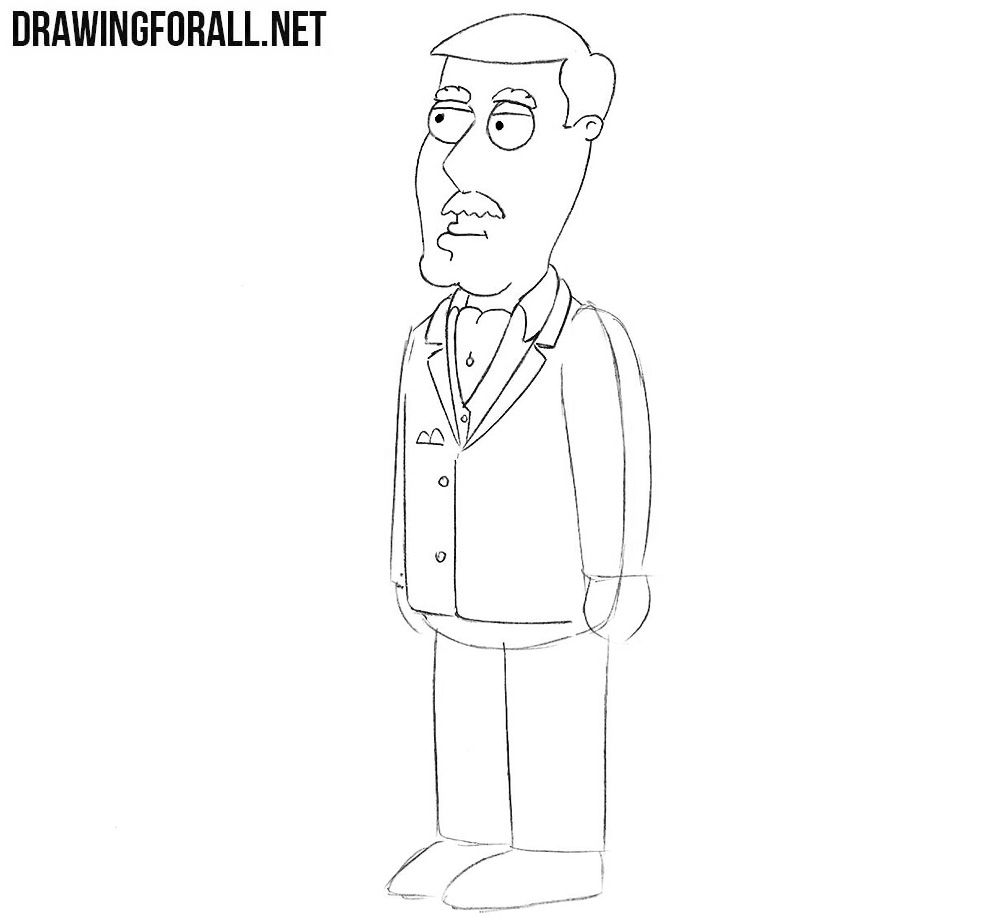 Let’s move to the arms and legs, drawing them with straight lines. Draw the hands and move to step number nine. 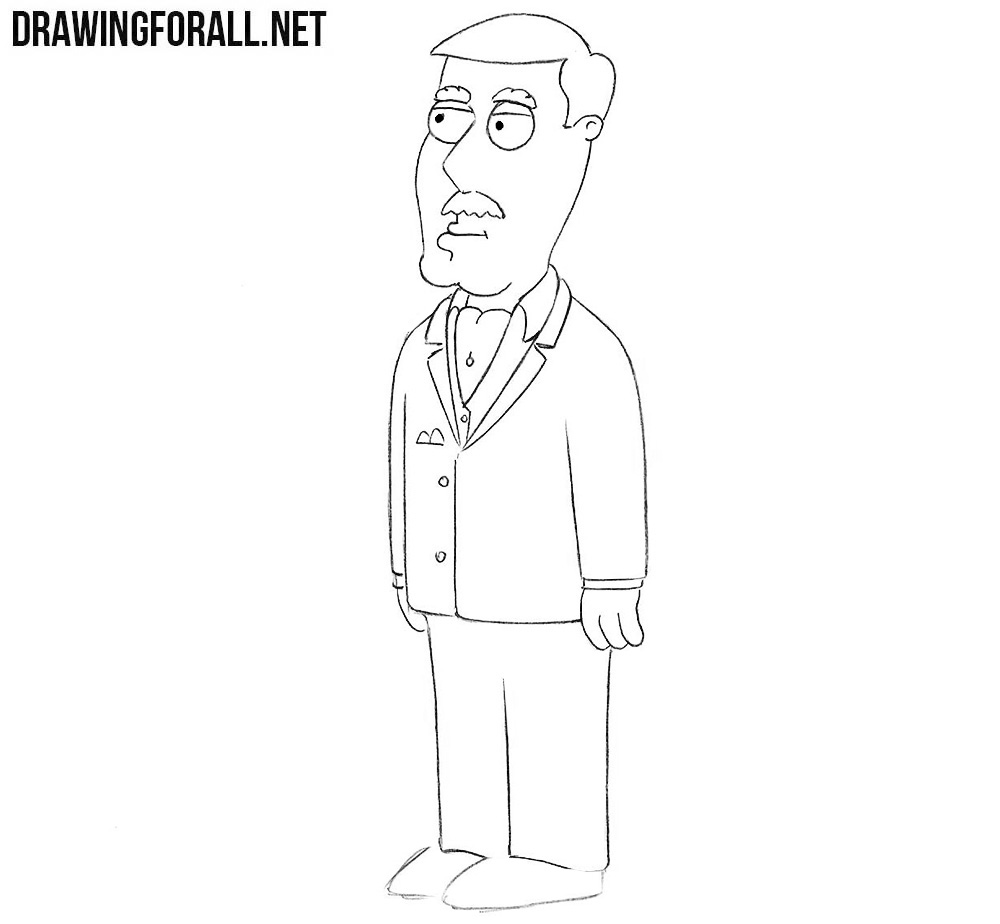 Now draw out the shoes and all the details and lines as in our example.