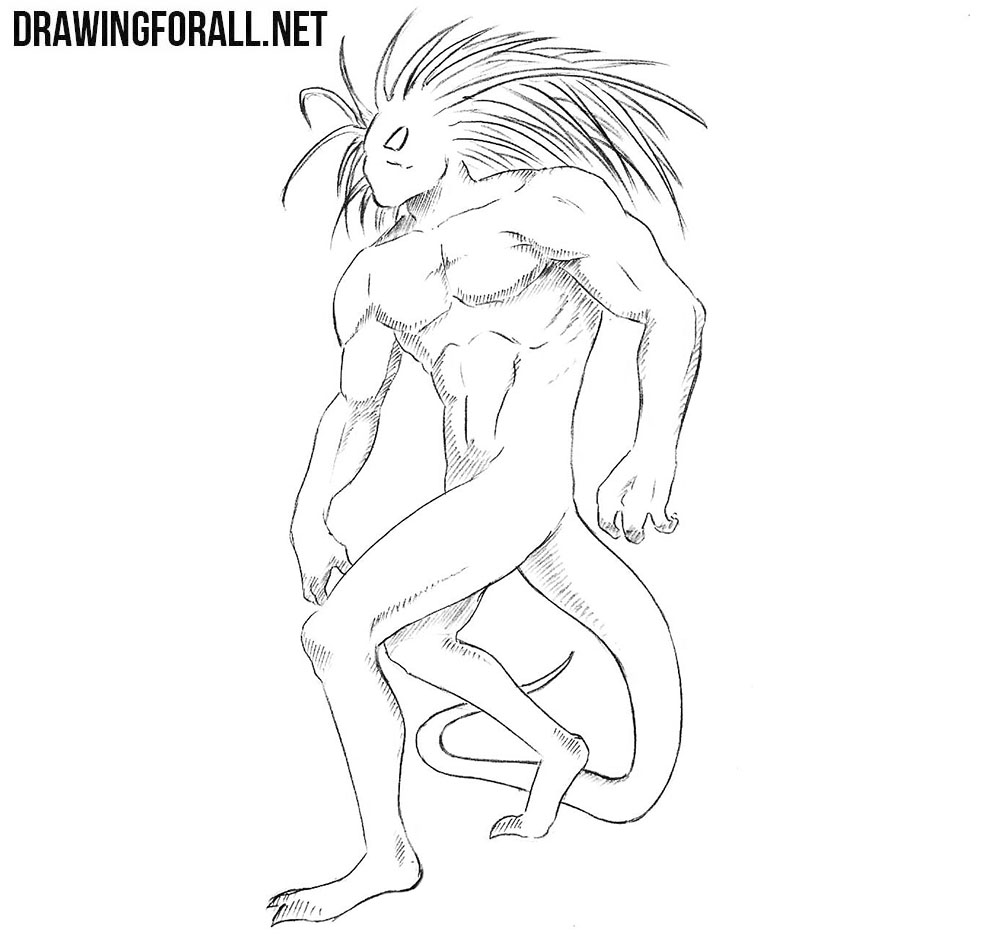 In Marvel universe there are a huge number of very popular characters that are known all over the world. But among the characters of the Marvel there are also less well-known characters, among whom such a villain as Blackheart. And today we want to show you how to draw Blackheart.

By tradition we begin with the skeleton of the character, sketching first of all the head, then the line of the spine, on which we sketch out the outlines of the thorax and the pelvis. With the help of very light lines we outline the outlines of arms and legs of Blackheart. Try to correctly draw all outlines, taking into account the proportions of the character. 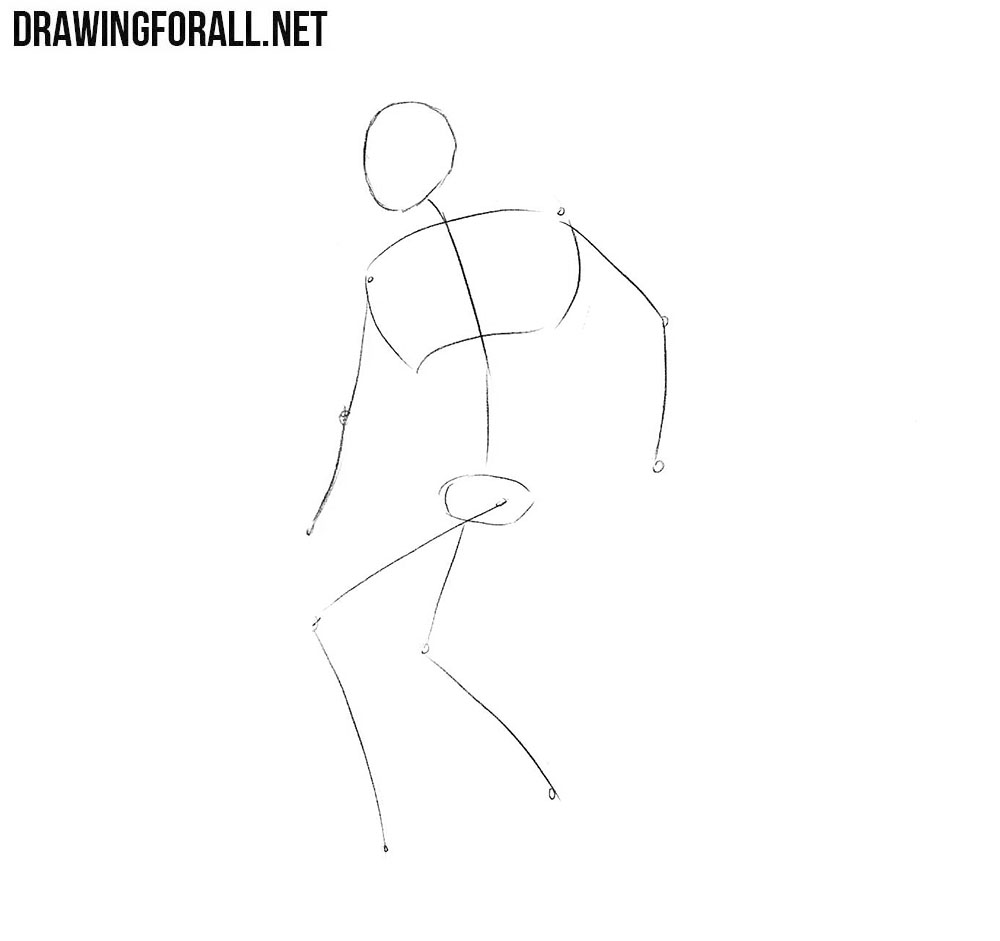 Now we need to add a little bit of volume to our drawing. First of all, we will sketch a horizontal line on the head, which denotes the location of the eyes. After this, we outline the neck and torso of the torso, which tapers strongly at the waist. Next, sketch out the outlines of arms, legs and tail. Note that all the details must be drawn using very simple geometric shapes. 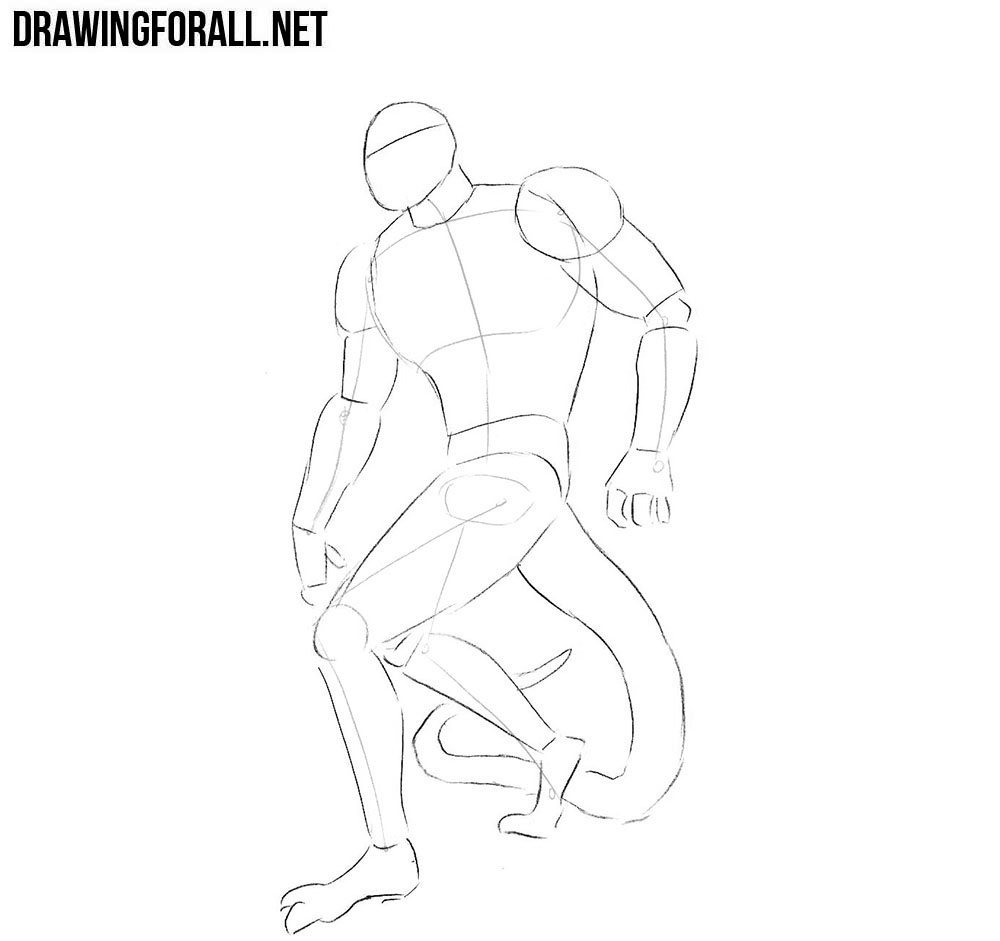 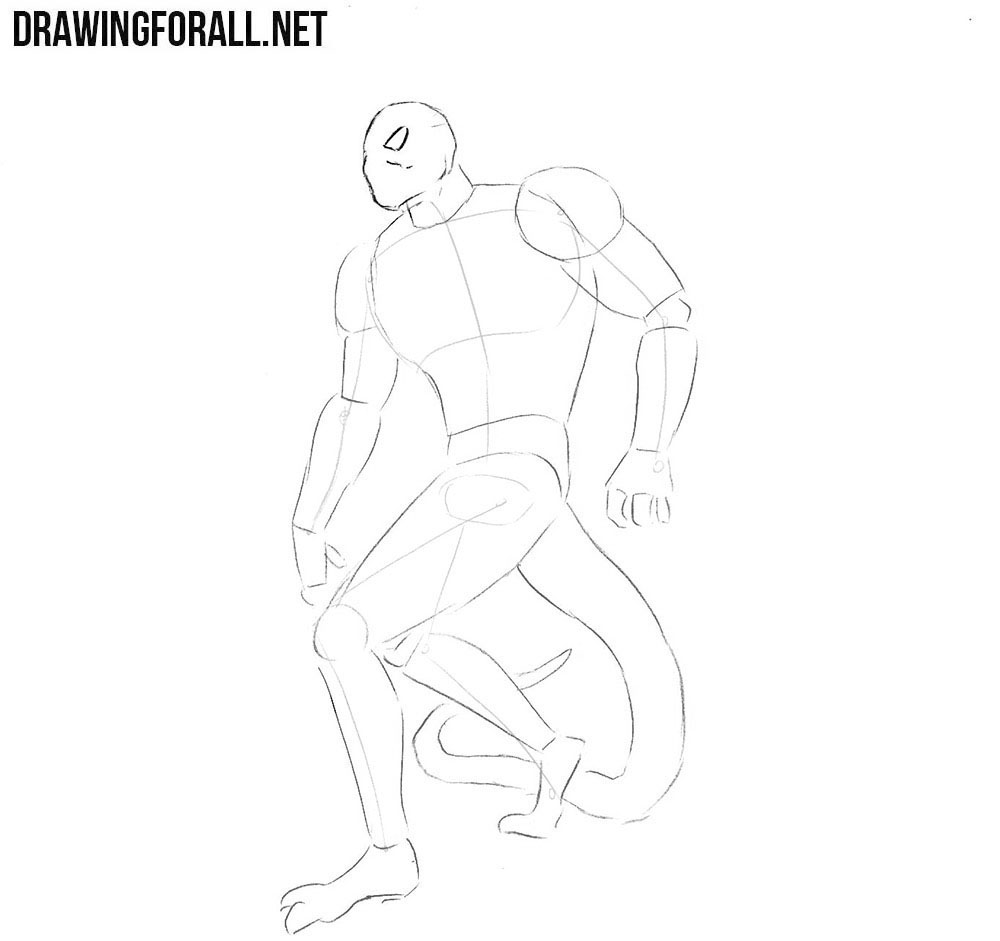 We continue to draw details on the head of Blackheart. This step will be very simple. Using long and slightly curved lines draw out long and sharpened hair-thorns on the head. Remove unnecessary guidelines from the head and move to the next step. 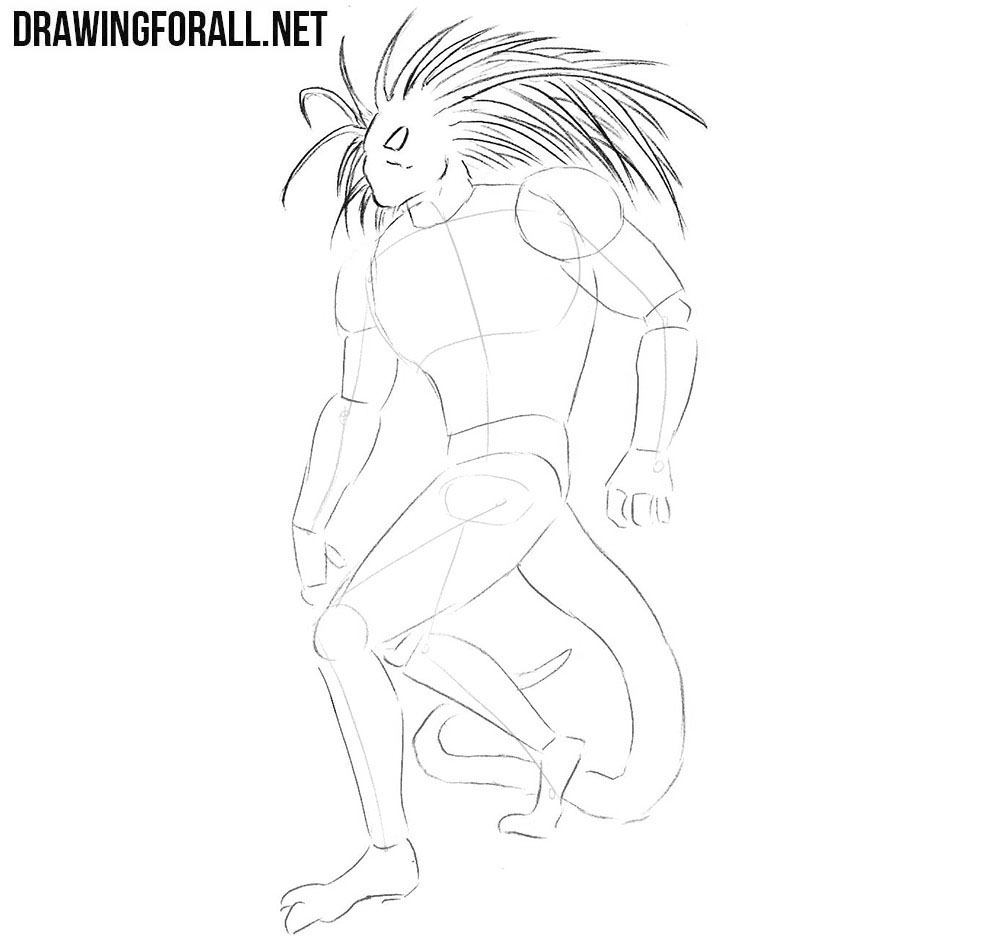 Now let’s start the process of drawing the torso. First of all, draw out the outlines of the neck and shoulders. Next, draw large pectoral muscles and the shape of the torso. Draw the lines of the abs and remove all unnecessary guidelines from the torso. 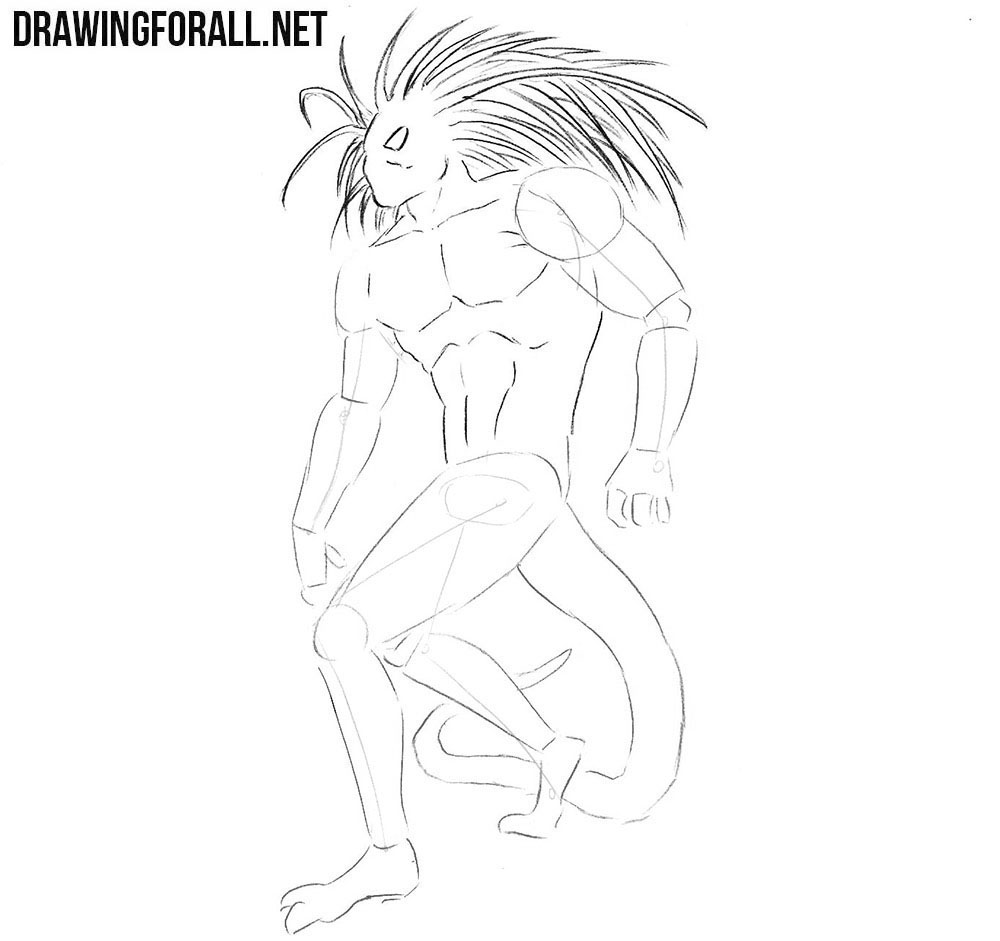 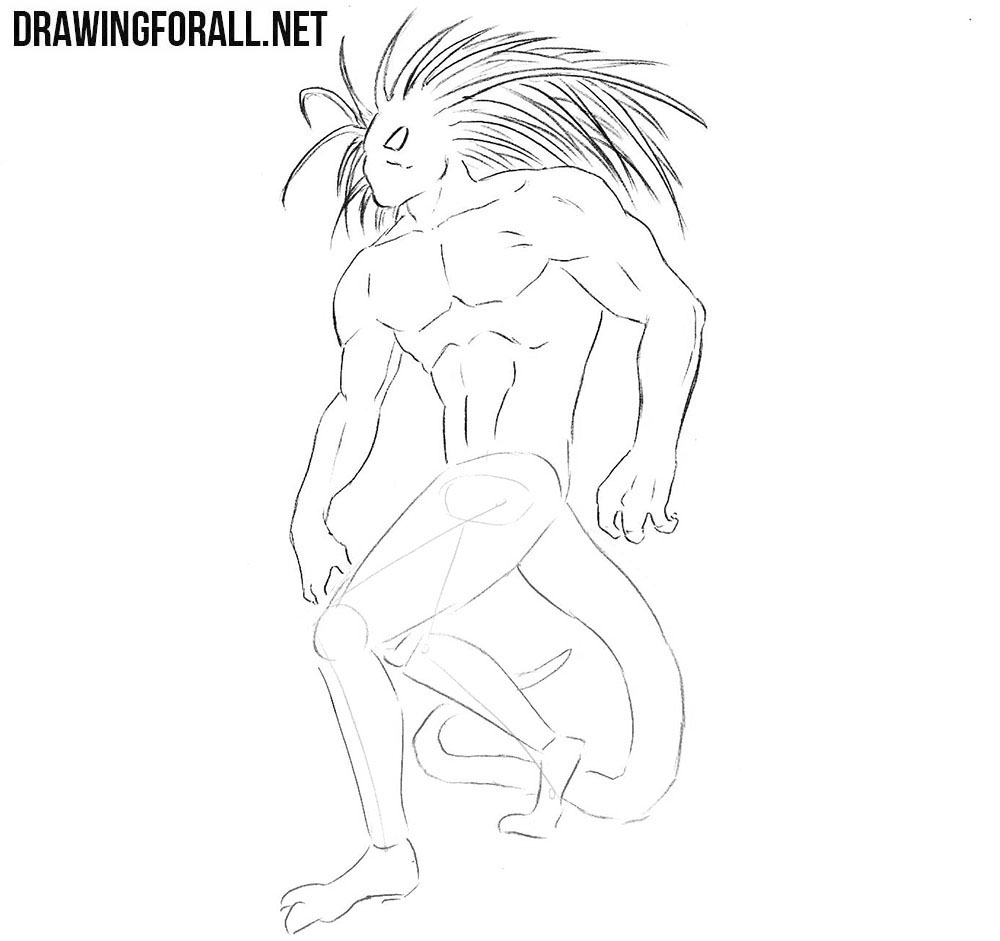 The top part of our character is ready, now it’s time to draw out the lower part of the body. Let’s start with the fact that we draw the outlines of the upper and lower legs. Next draw out the contours of the feet and long tail. Now take an eraser in the hand and remove all the remaining unnecessary guidelines from the drawing. 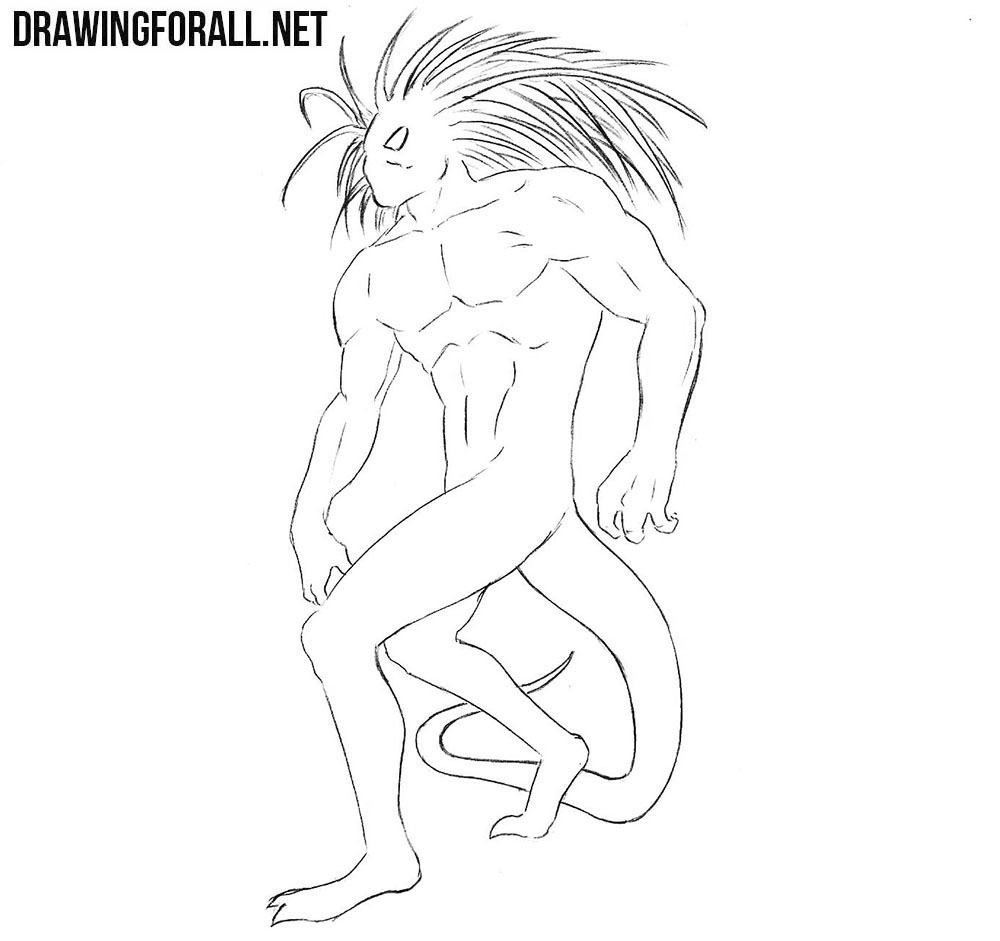 The drawing is almost done, and now we only need to make it more voluminous. For this we will use shadows as always. By hatching, add shadows in those areas where the shadow falls the least. To make the shadows darker, use a denser shading. If you did everything right, now you know how to draw Blackheart.

What is your favorite comic book character? Write to us about this in the comments to this article, and we will make a lesson about this character. Also do not forget to visit our social networks and share our drawing lessons with your friends.