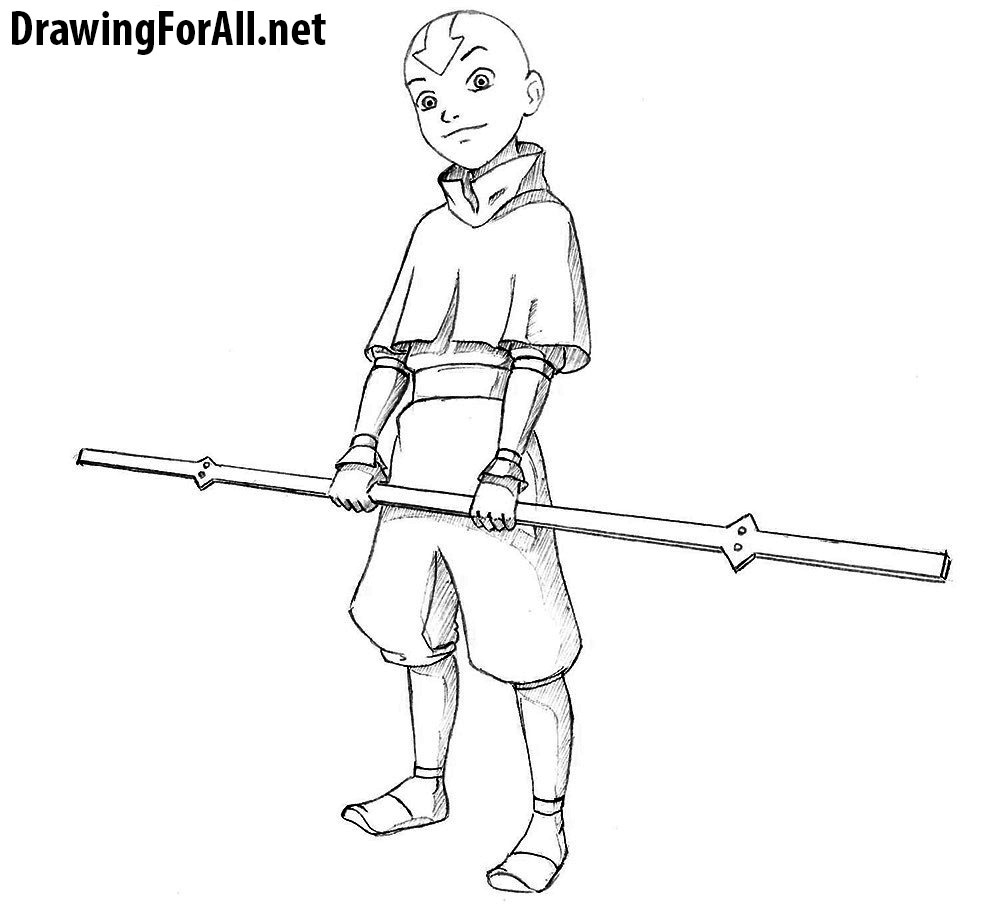 Hello, dear artists! In this drawing tutorial you will learn how to draw Avatar Aang, from the well-known cartoon.

Very entertaining and high-quality anime, dedicated to the adventures of the boy Aang, which controls the air with the help of magical powers, was published in 2005. Although the story lasted a relatively short time, three seasons, it left colorful and fond memories. Drawing tutorial about Avatar Aang would not be very difficult, or rather, no more difficult than any other drawing tutorials in the style of anime on our website. Let’s start, and learn how to draw Avatar Aang with this step-by-step tutorial.

The first step is not particularly different from the first stages of drawing lessons of other people not related to anime. As you could  know, in the first steps we draw a stickman. Due to the fact that we draw anime character, his head a little more than the head of an average man. As for the rest, we draw the usual stickman – first the head by means of an oval, then the “skeleton” of the body with simple lines. 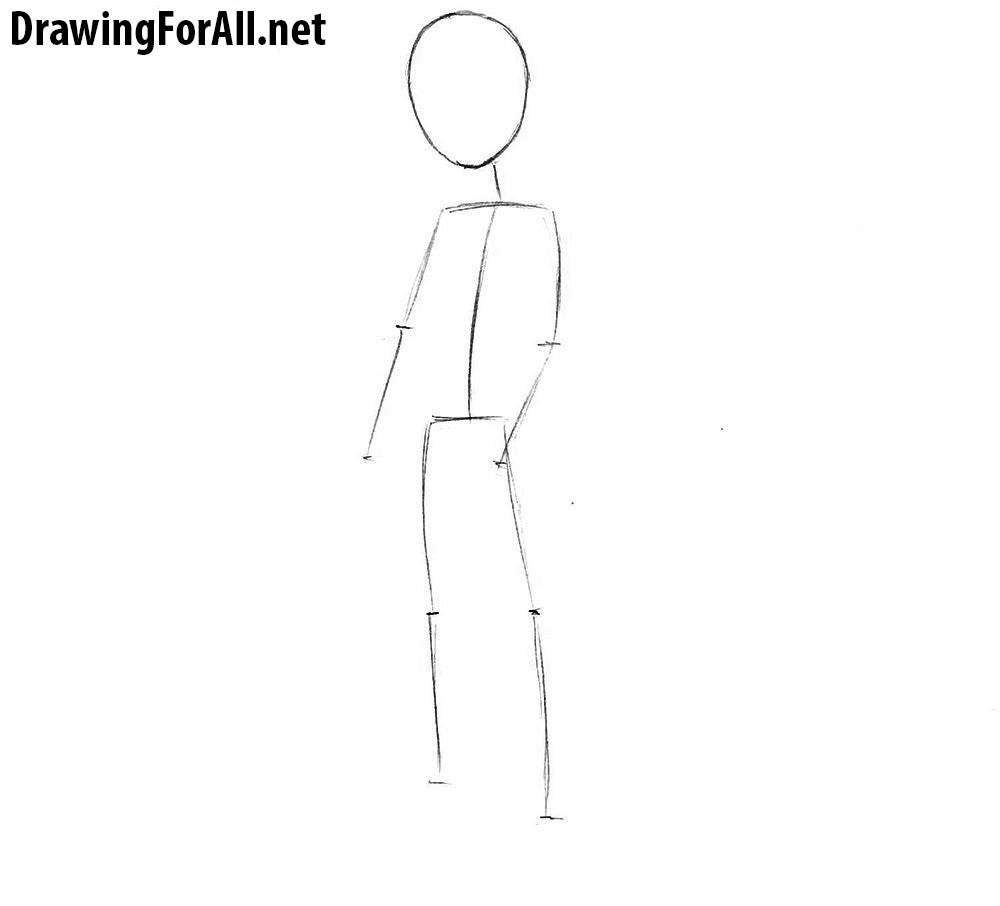 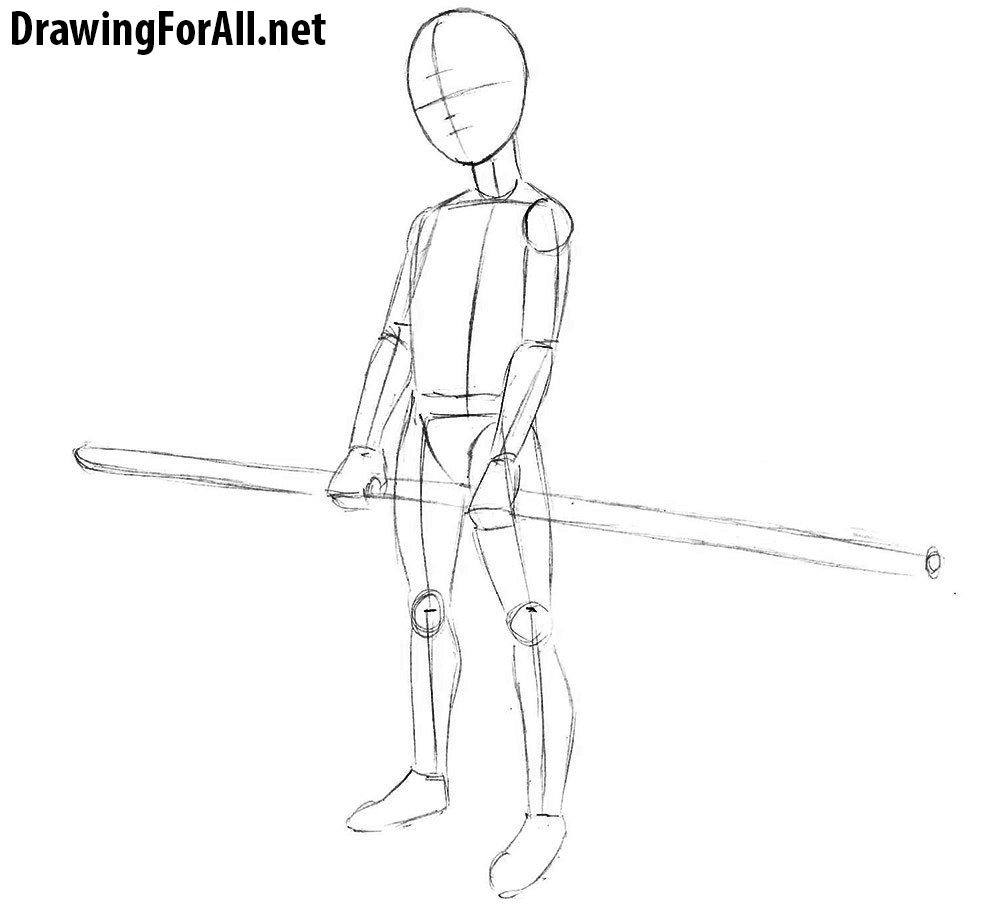 Now it is a short step. Once you have done all the preparatory steps, you need to start adding the details to Avatar Aang. We always start drawing from top to bottom, and this phase of the tutorial will be no exception. Focusing on the face lines from the previous step, draw the main features and, of course, do not forget about the arrow in the forehead. 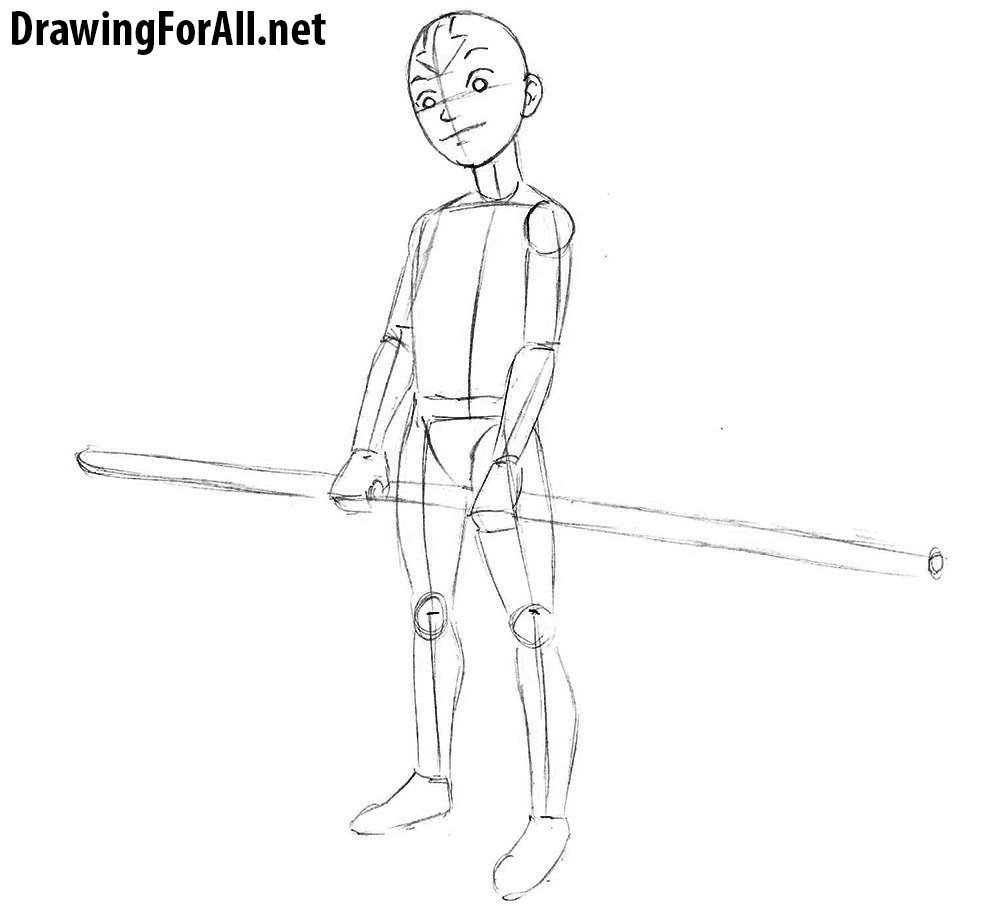 In this step we will finish adding details to the face. Erase guidelines from the face, draw the eyes. It should be something like our example: 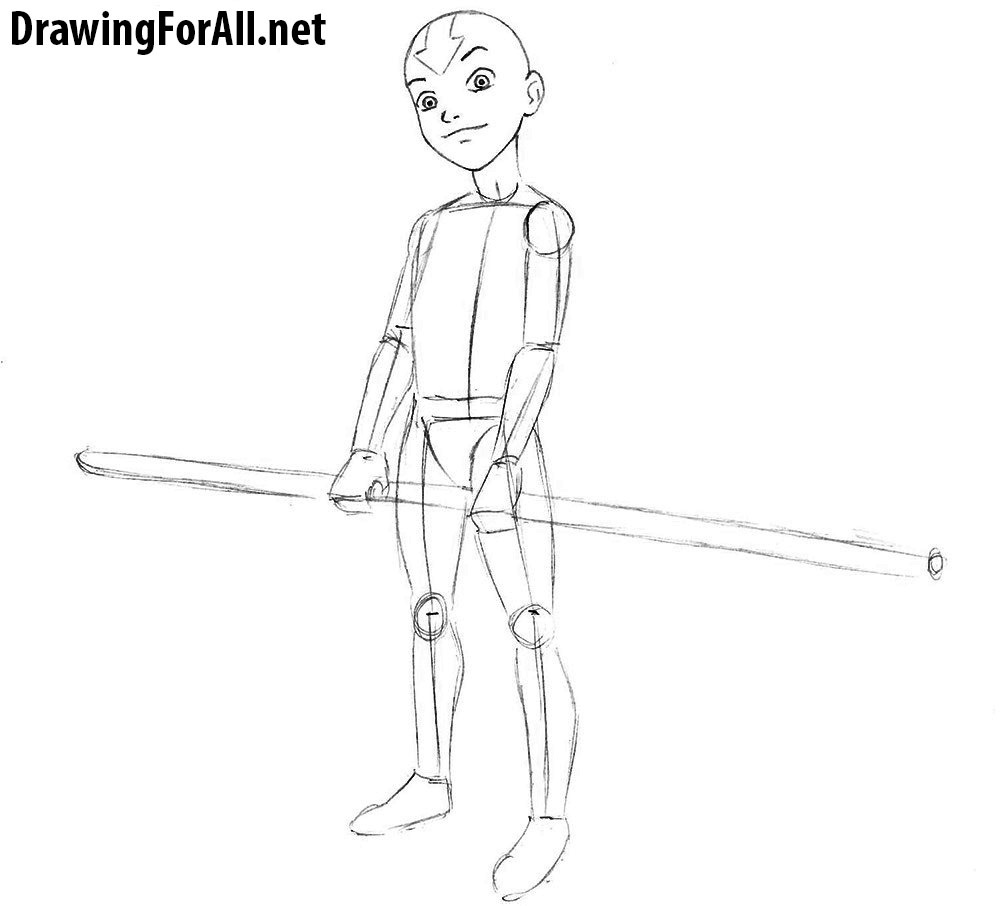 Ok, now we outline the cape of Avatar Aang. The collar should not be close-fitting neck – as you can see, between this part of the cape and the neck there is a considerable distance. The very same cape should loosely fall down. Use light and wavy lines to draw the cape.

In this same step draw the pants of Avatar Aang. They also should be loose, as well as the upper part of the garment of Aang. 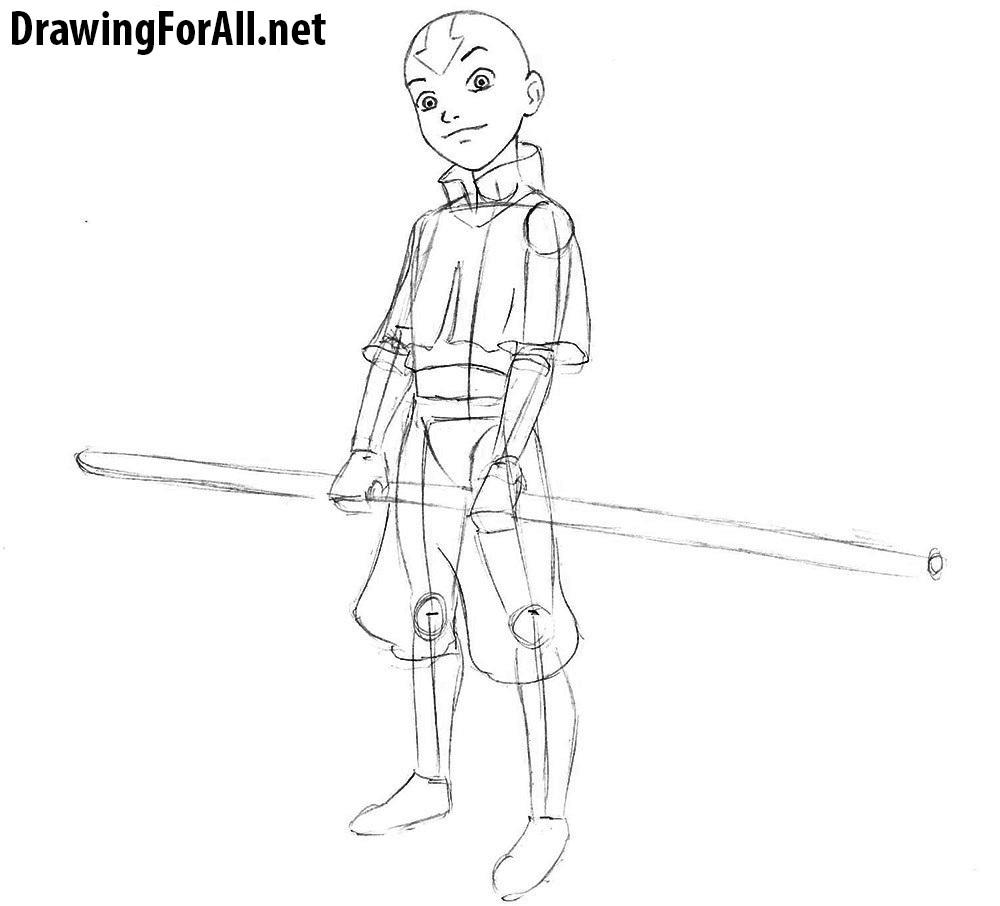 This step draws the hands of Avatar that tightly grip the rod (to learn more about hands, visit drawing lesson on how to draw hands). Then circle entire upper torso using confident and precise lines, erase all unnecessary guidelines. Also do not forget to add some fold of fabric. 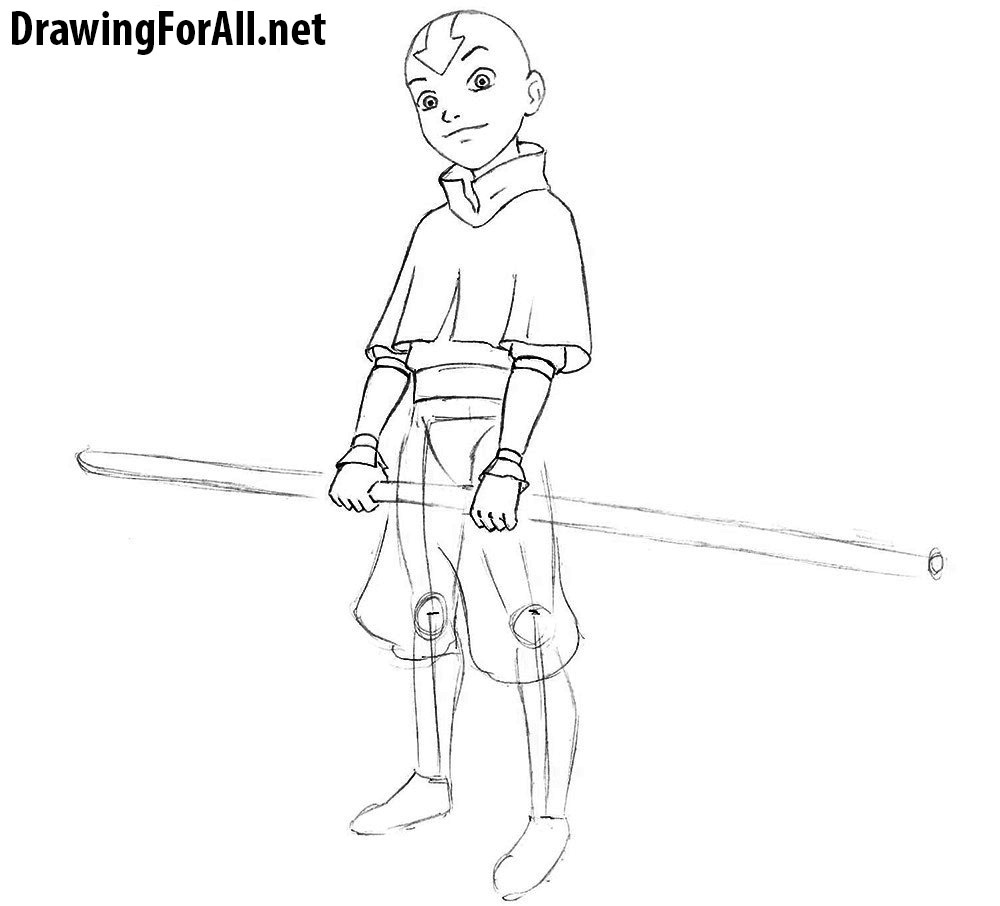 Draw the same actions with the lower part of the torso and legs of Avatar Aang. Erase the guidelines of the previous steps, cleans the drawing, erasing guidelines, and you will get something like our example: 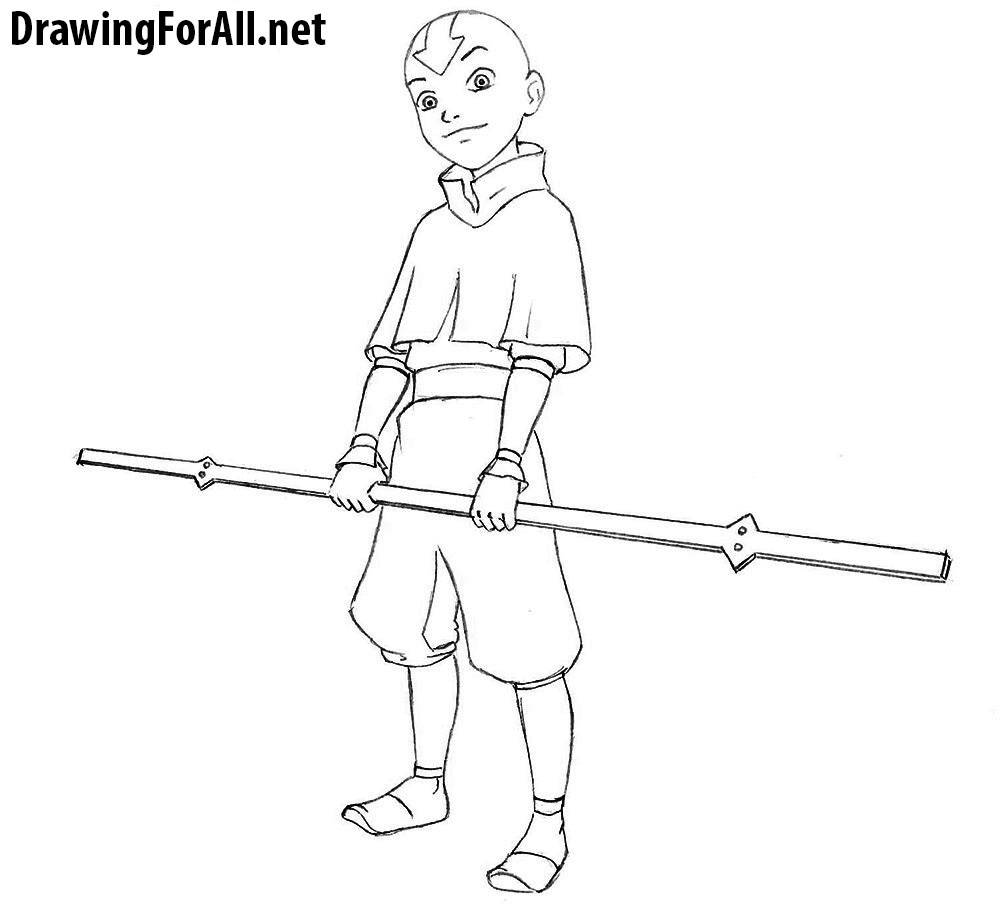 And we continue to draw Avatar Aang. Actually, the shadows in this step are very simple – they are presented by single-layer hatching with medium intensity. You can see them on the neck, under the collar, the right of us on the sleeve, and in other areas. It is best to first outline the areas of shadows and then paint them, or rather, to hatch in a single layer. 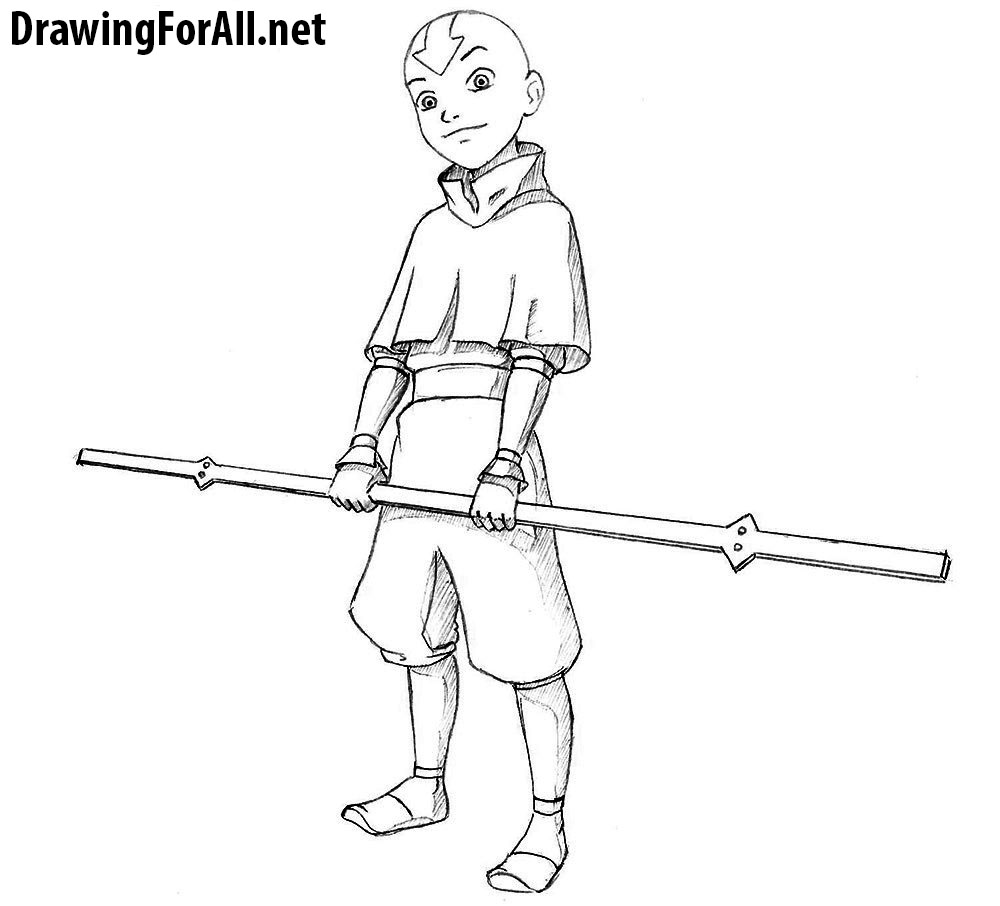 Drawing tutorial on how to draw Avatar Aang: The Last Airbender came to an end.