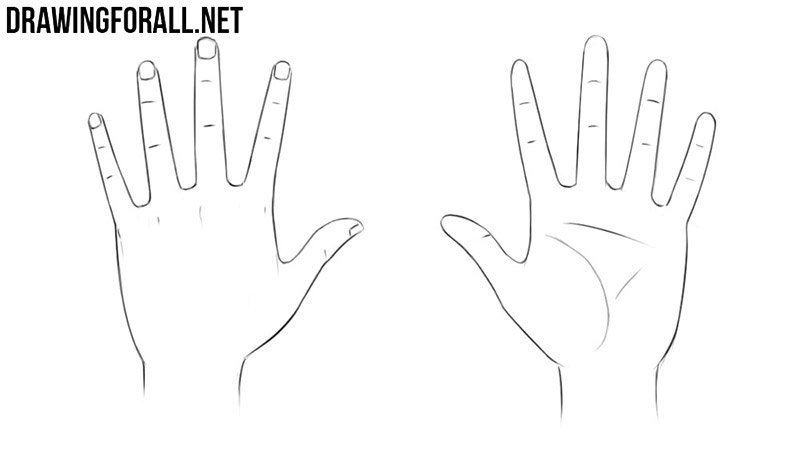 In order to properly draw an anime body, you must be able to draw all the parts of an anime character’s body, for example you need to know how to draw anime hands. In fact, hands in the style of anime are drawn almost in the same way as in any style of visual art, but nevertheless, there are some differences that we will cover in this article on how to draw anime hands. We divided this instruction into two parts, in each of which we gave two examples. In the first part of the instruction we will show how to depict an open hand from the back and the inside.

To correctly depict an open anime hand, we start with the palm. This part of the hand at this stage looks like a simple trapezoid. 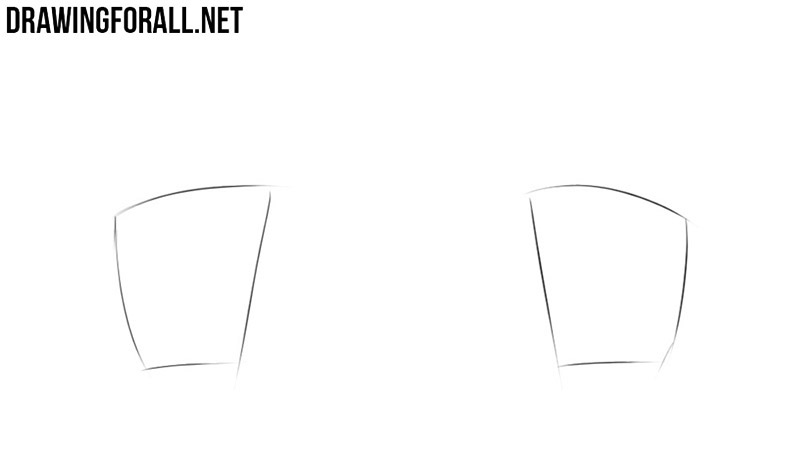 Now draw four fingers as the artists of Drawingforall.net did. The middle finger is the longest, the index and the ring finger a little shorter, and the little finger is the shortest and thinnest. 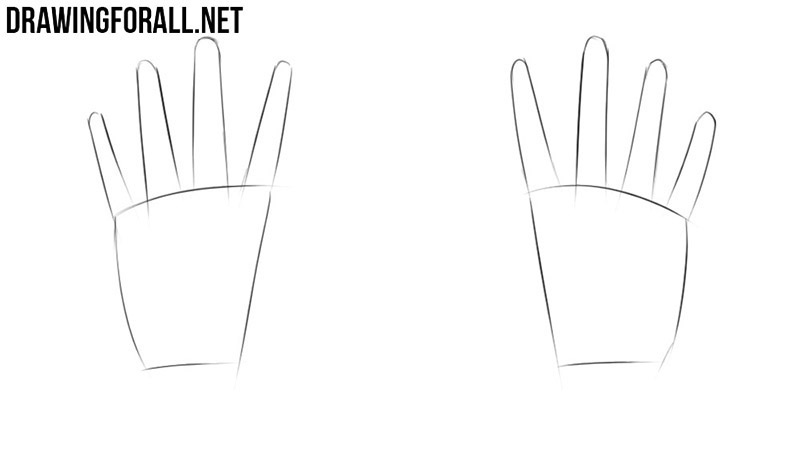 Now depict a thumb, which is very different in location and shape from the other four fingers. The basic anime hand sketch is complete, and starting from the next stage, we’ll go into details. 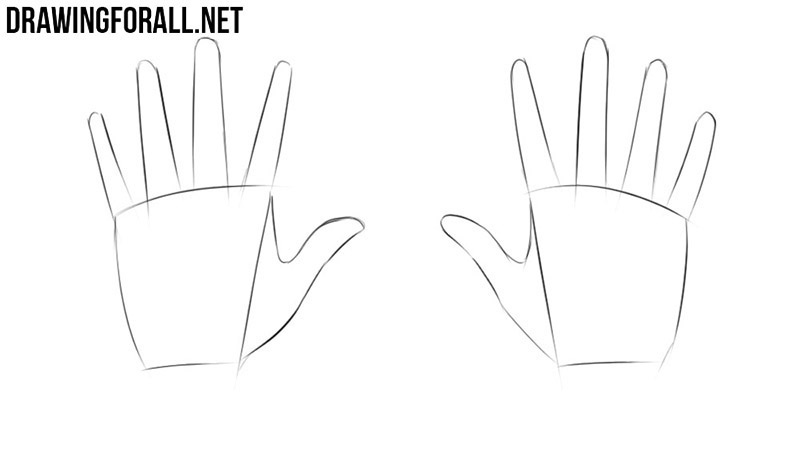 So now let’s see how to depict anime hands from the sides. Here you will also observe both sides of the hand.

The palm from the side also looks like a trapezium, but thinner. Depict these light geometric shapes, like the artists of Drawingforall.net did. 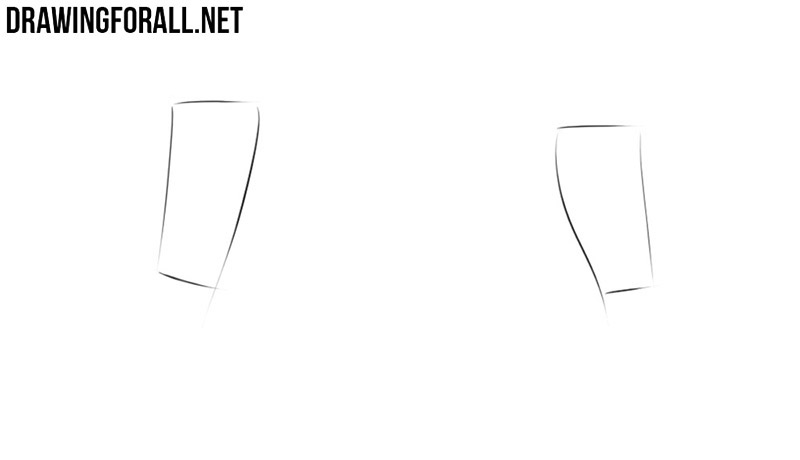 Now mark the fingers. Note that at rest, the little finger is more prone to bending than the index finger. 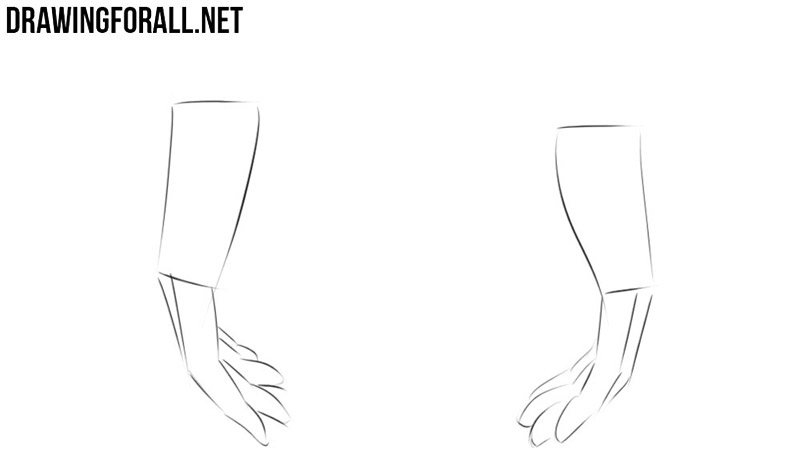 Now add the thumb, which again, quite different from the rest of the fingers. Try to repeat the shape and curve of the thumb as closely as possible. 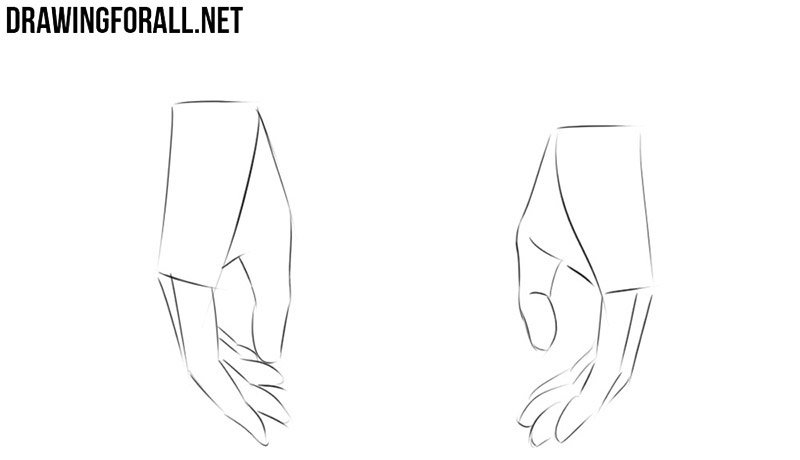 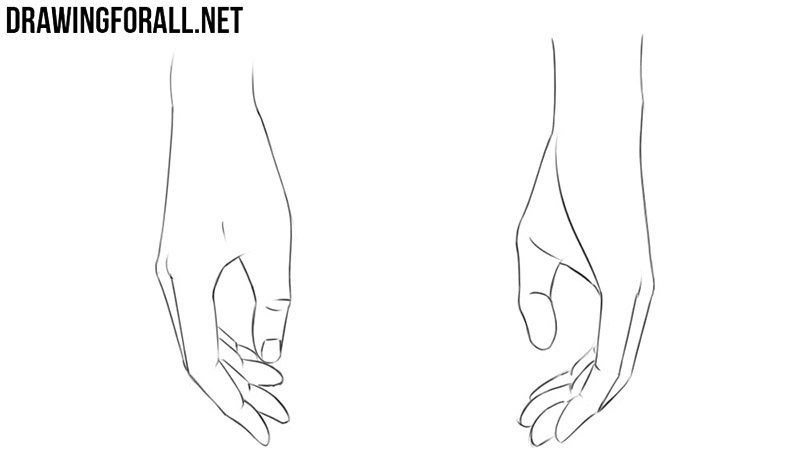 So above, we described you how to draw anime hands. You have received the most basic knowledge and tips. Now your task is to practice and depict anime hands in a variety of poses and from different points of view. Try to depict hands, both at rest and in a tense state using the above steps. Below we give a few examples that you can try to draw using the gained knowledge. 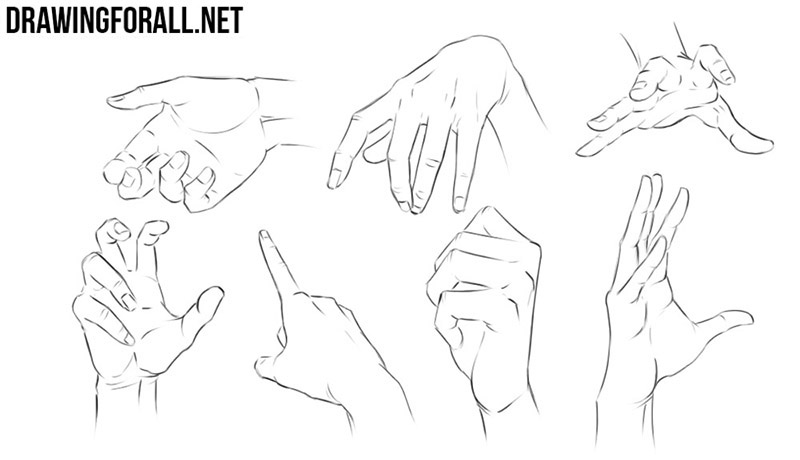 Once you have mastered how to depict empty hands, you need to learn how to draw anime hands with objects. Below, we gave you some examples of anime hands with various objects. Try to repeat them using your newly acquired skills. 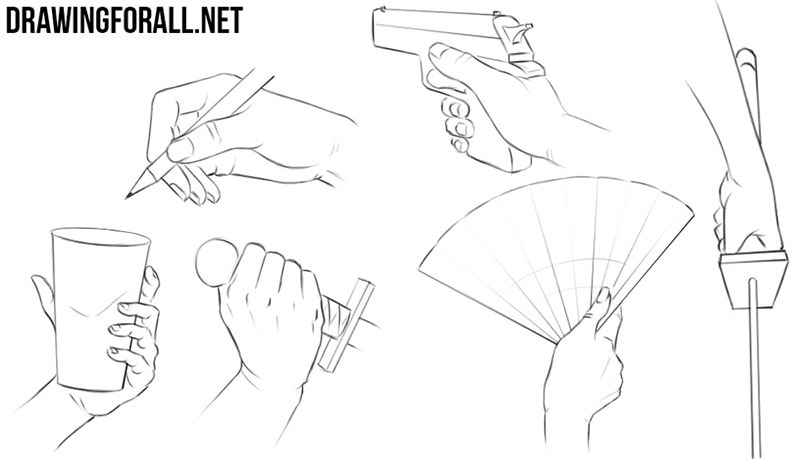 This article was part of a series of basic instructions about anime. Go to our category called “Anime” to master all the nuances in working in this beautiful art style.