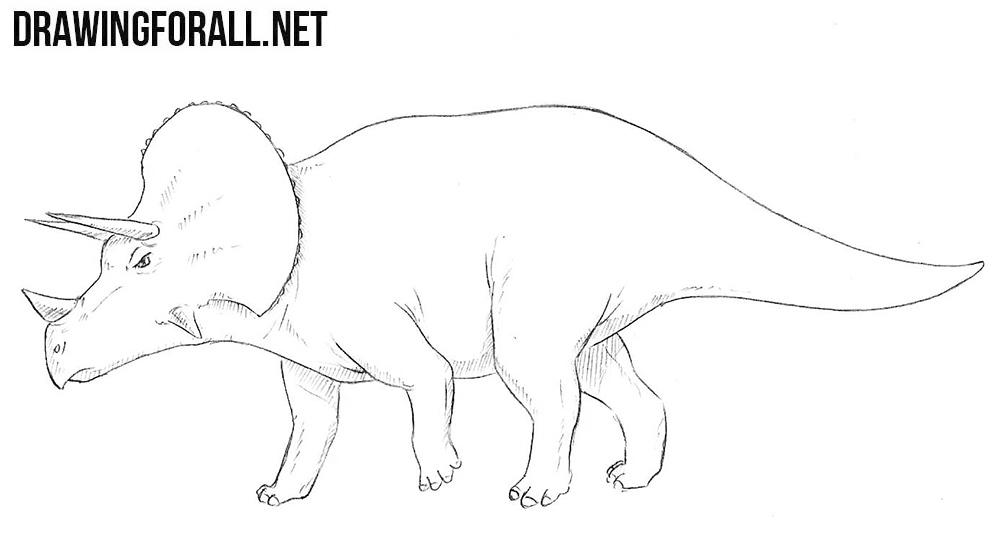 So, first of all we sketch out the skeleton of our ancient animal. Draw the head. Next draw a long spine that goes into the tail. With the help of two ovals sketch out the thorax and the pelvis. Next outline the limbs and go to the second step. 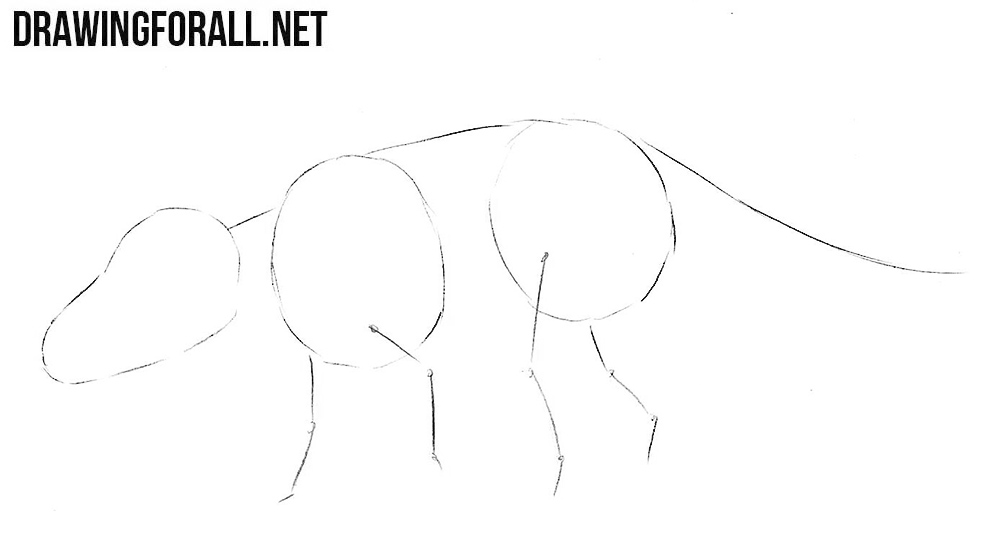 Sketch out two long horns on the head and one short horn on the nose. Sketch out the large frill. Next sketch out the neck and torso, which passes into the tail, which is becomes thinner to the tip. At the end of the step sketch out the limbs using simple geometric figures. 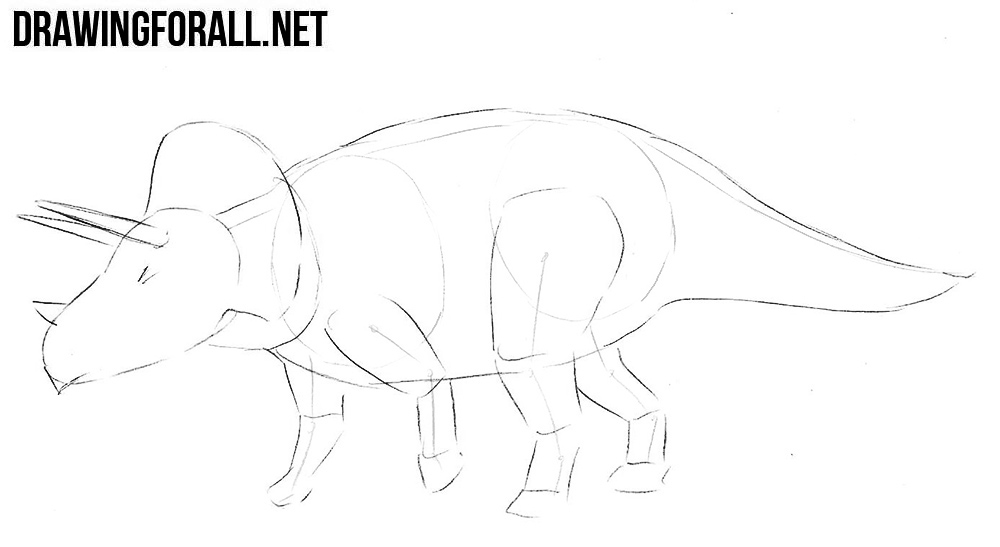 Let’s work on the details. Carefully draw out the outlines of the head, sharp horns and a small eye. Draw a mouth with a pointed upper lip and large frill with points on edges. Don’t forget to erase all unnecessary guidelines from the head. 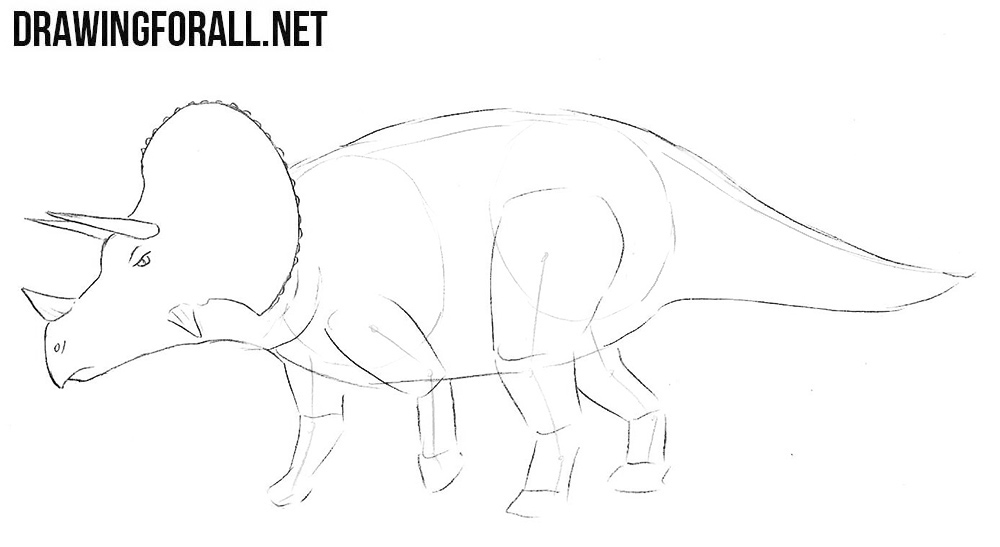 Continue the tutorial on how to draw a triceratops. Carefully draw out the neck, torso and the front paws. Draw small fingers with nails. Note that triceratops here looks like a rhinoceros. 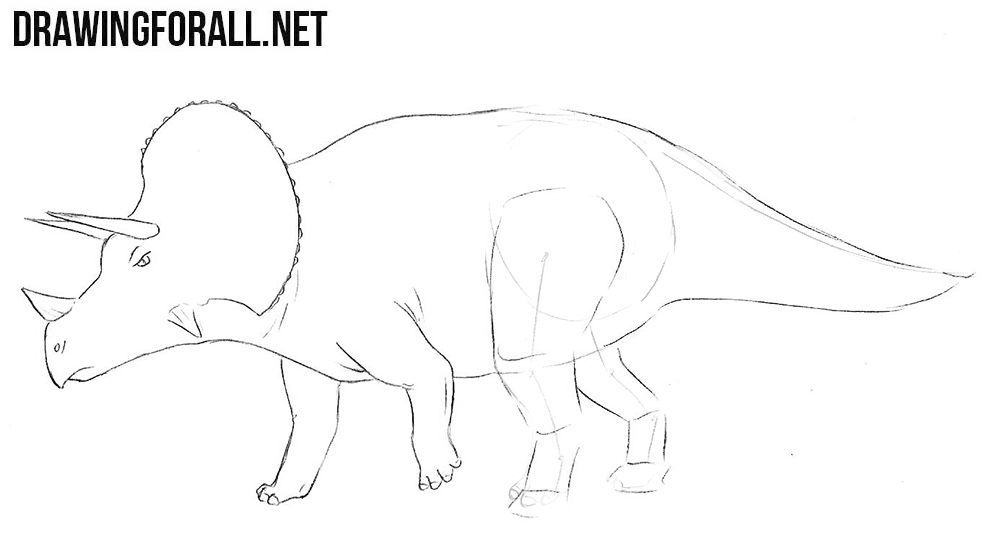 Continue the lines of the torso and draw the long thick tail, which is thinner to the tip. At the same step draw out the rear legs that are slightly larger than the front. 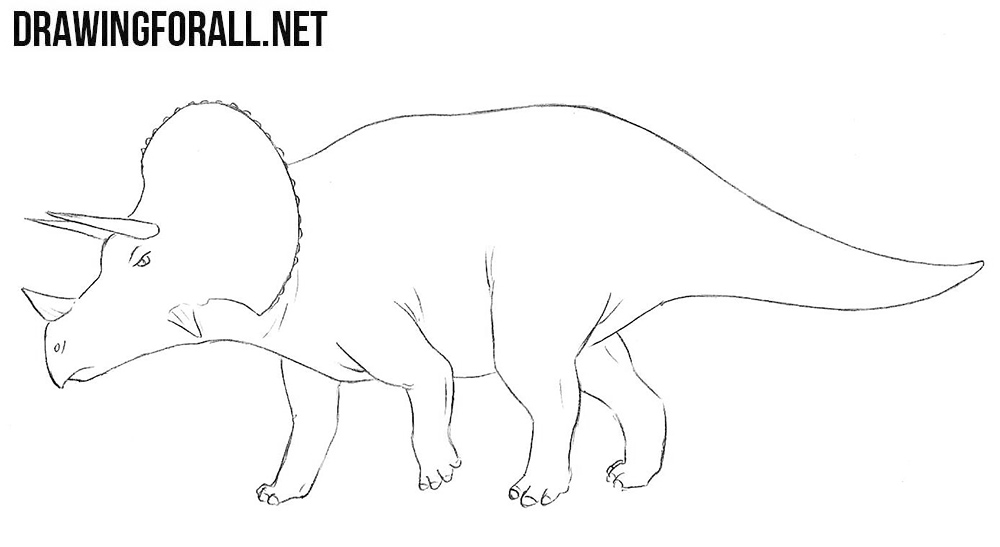 The drawing lesson is almost ready. It remains only to make our lesson more realistic by adding shadows. In order to make it easier to draw shadows, you can first draw the outlines of the shadows and then shade them.

Today we showed you how to draw a triceratops. Your opinion is very important to us, and if you have anything to say about this lesson, write about it under this article.