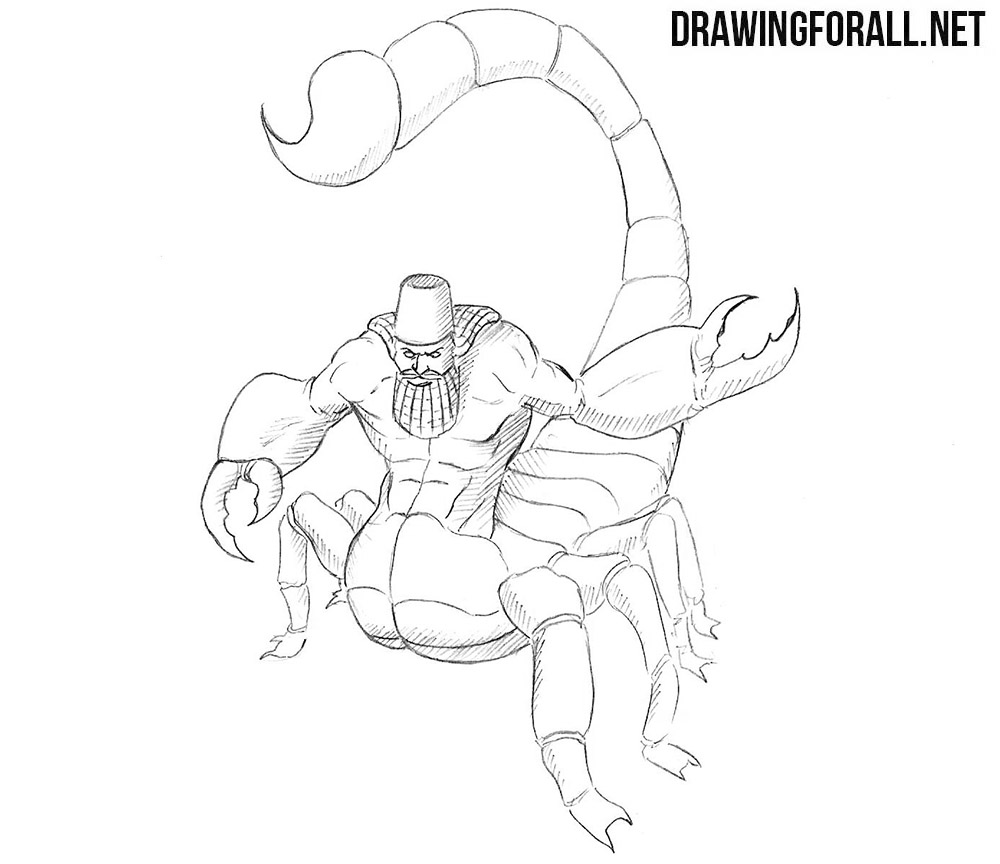 We begin with the skeleton of our scorpion man. Please note that this is the most unusual skeleton of all that was drawn on our website. Try to repeat all the lines and details as shown in our example. 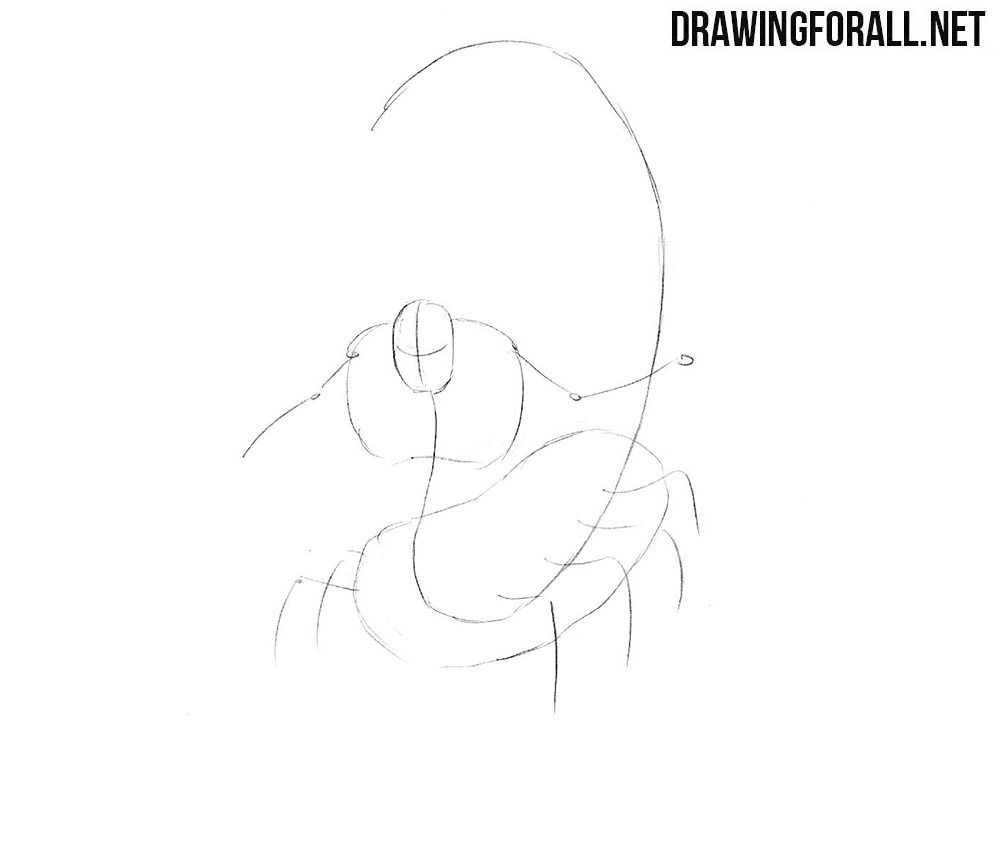 Now let’s make our scorpion man more voluminous. Note that the forearms and pincers must be very large. Recall that all lines must also be extremely light, as in the previous step. 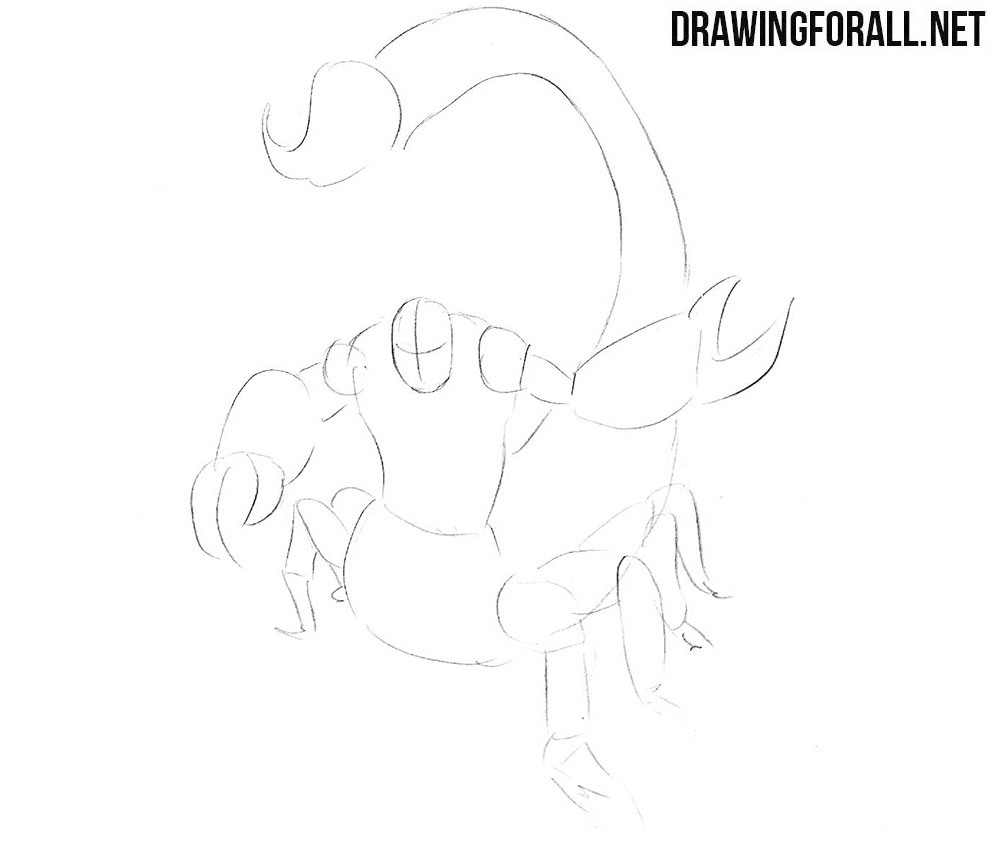 Now let’s work with the details. We need to draw out the details of the head here. The head should turn out in the style of the ancient Babylonian and Akkadian myths. 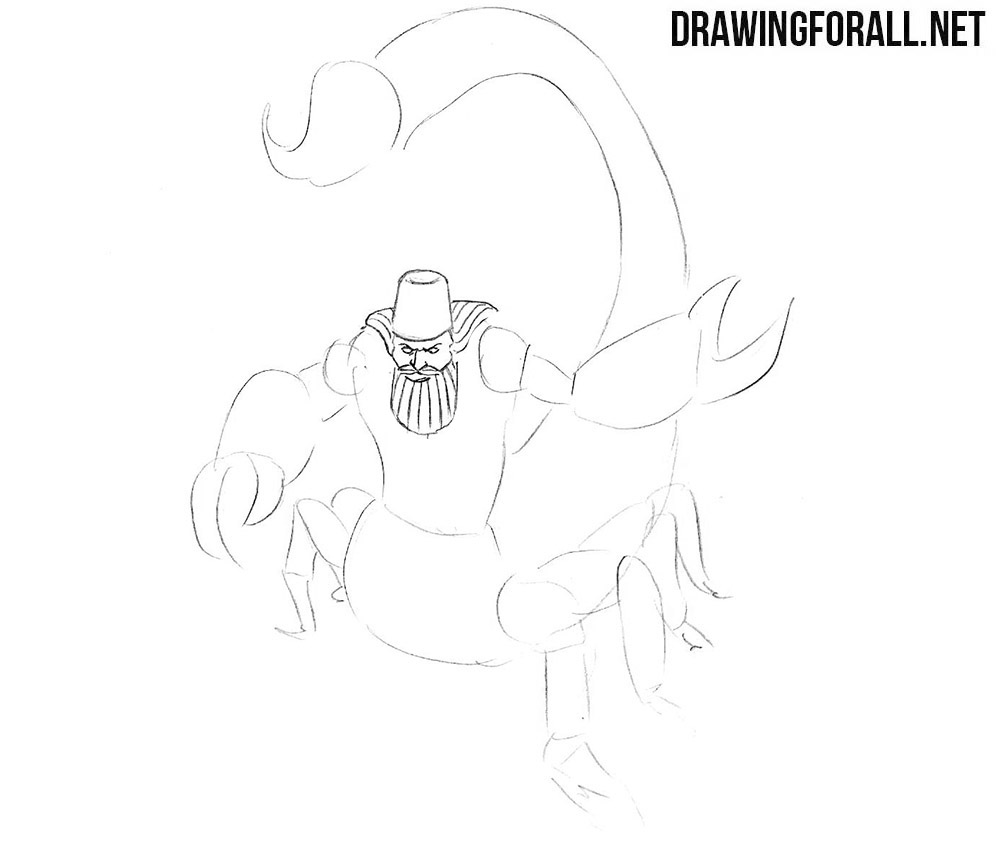 Now we will work with the torso – with the help of clear and smooth lines draw out the outline of the muscles on the body (rather on the shell). 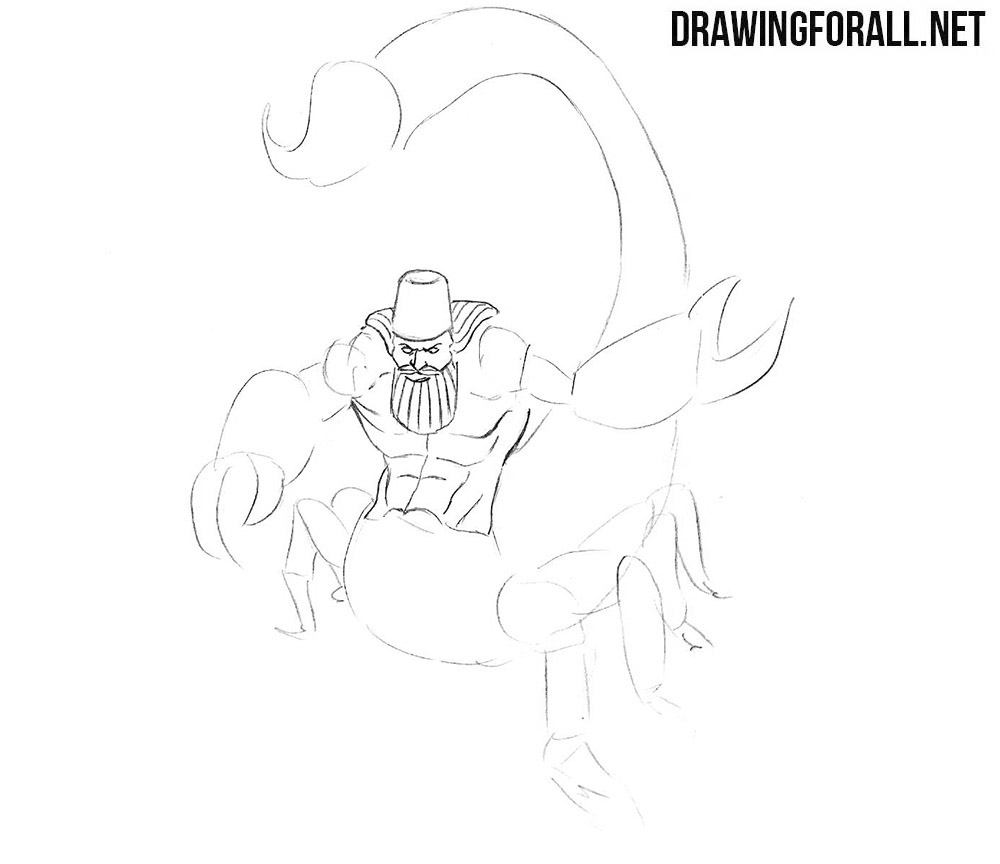 Now let’s do the same, but with the arms of out scorpion man. Draw out the arms with huge pincers, as shown in our example. 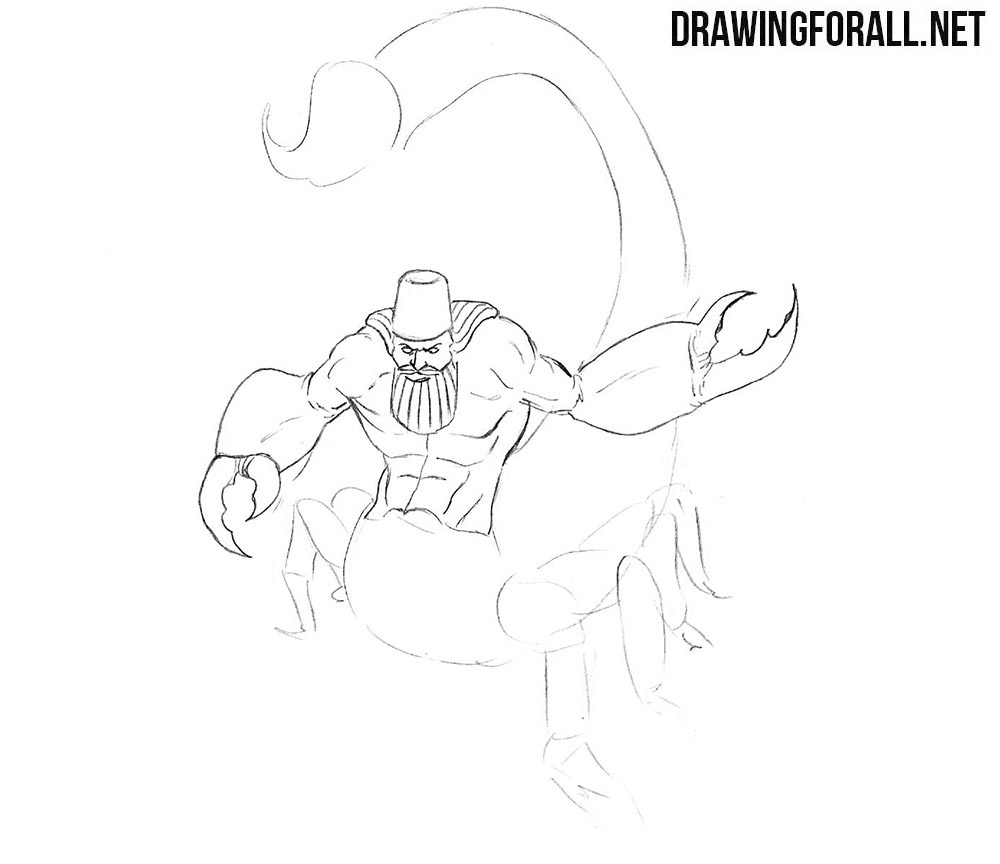 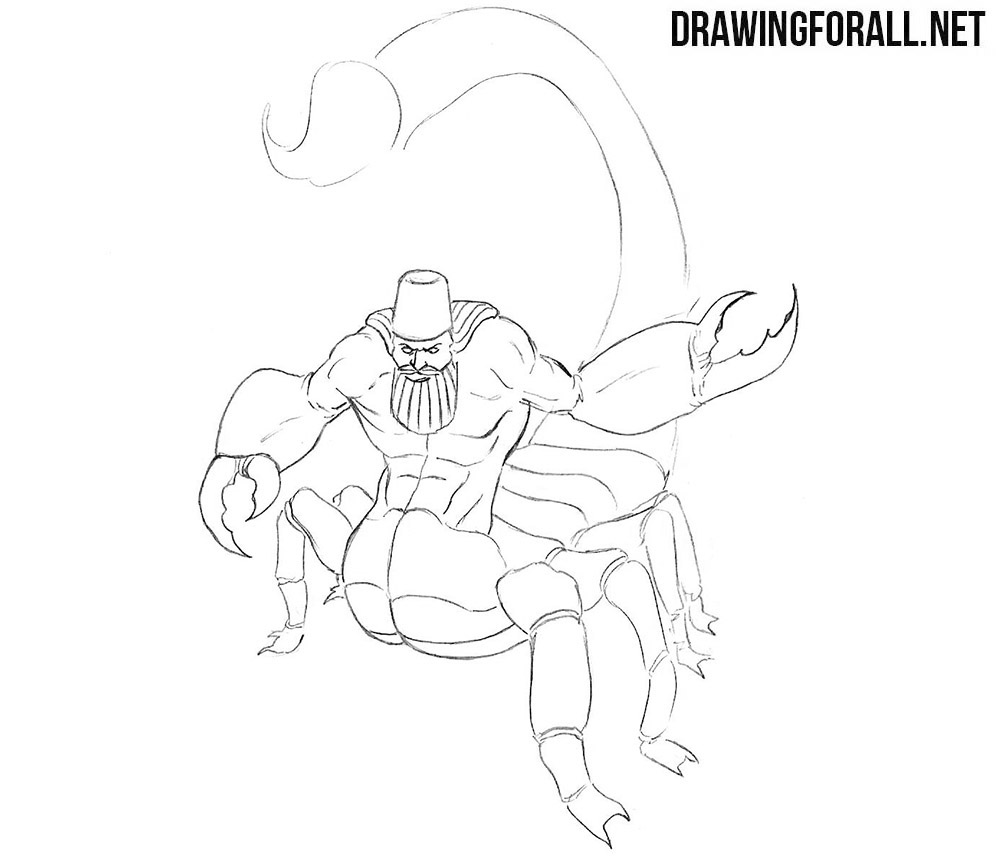 In this step we finish drawing the body of our scorpion man. Draw out a long tail, divided into many sectors and ending with a sharp sting. 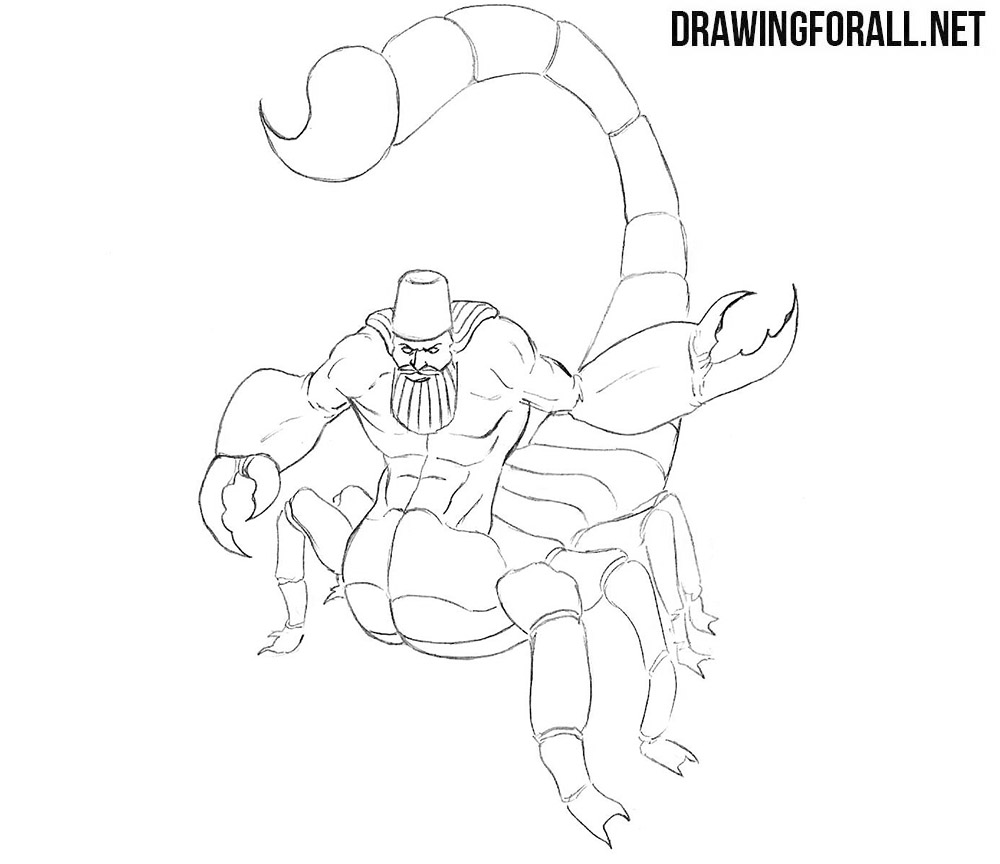 If your scorpion man is like ours, then let’s work with shadows. Using clear, dense and uniform hatching, draw shadows, as is done in the drawing below this text.

This character, which appeared in ancient myths, appeared in many modern books, films and games. In all these works, the external image of the scorpion man is slightly different, so draw your version of this character using the tips shown by our artists in this article.