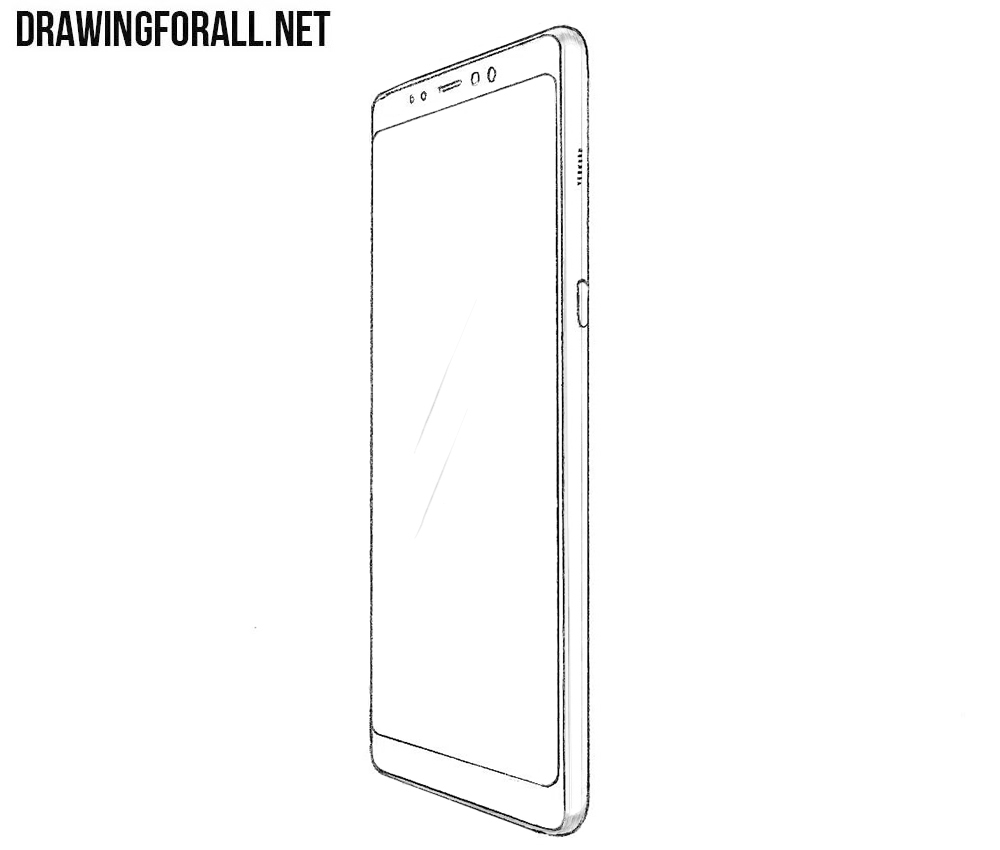 As in all our other lessons, we’ll start with a rectangle, drawing it with straight and clear lines. 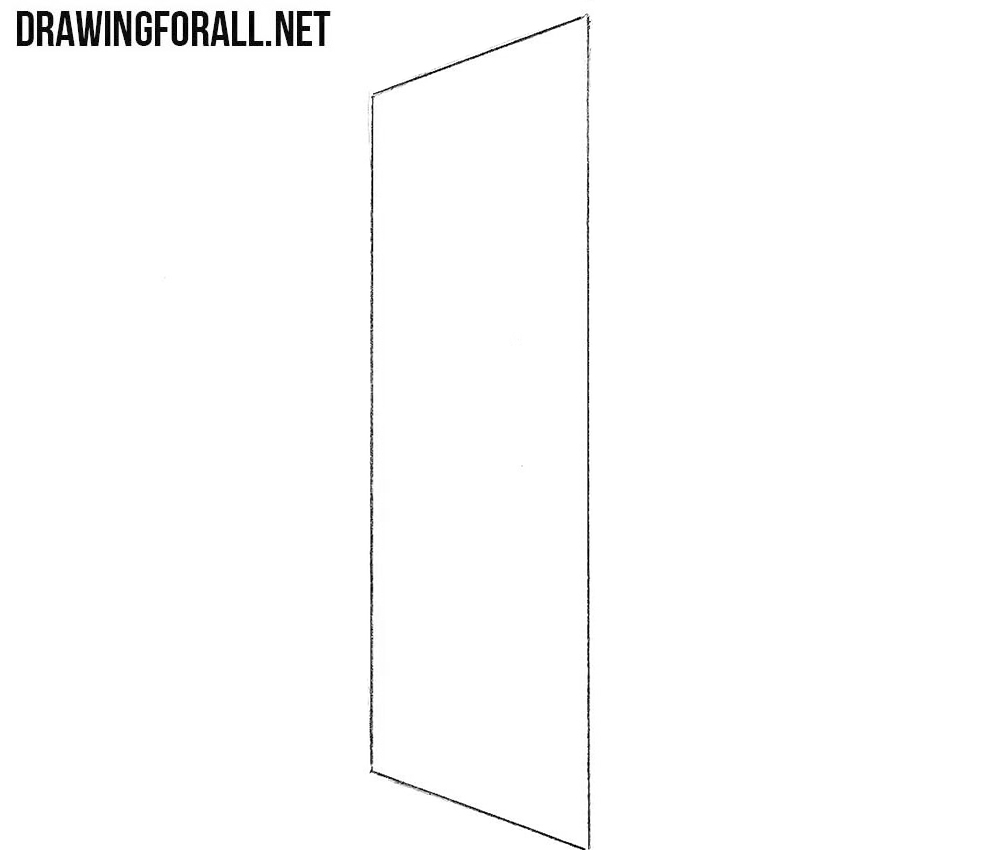 Now we need to round off the corners of the smartphone, as shown in the example below. 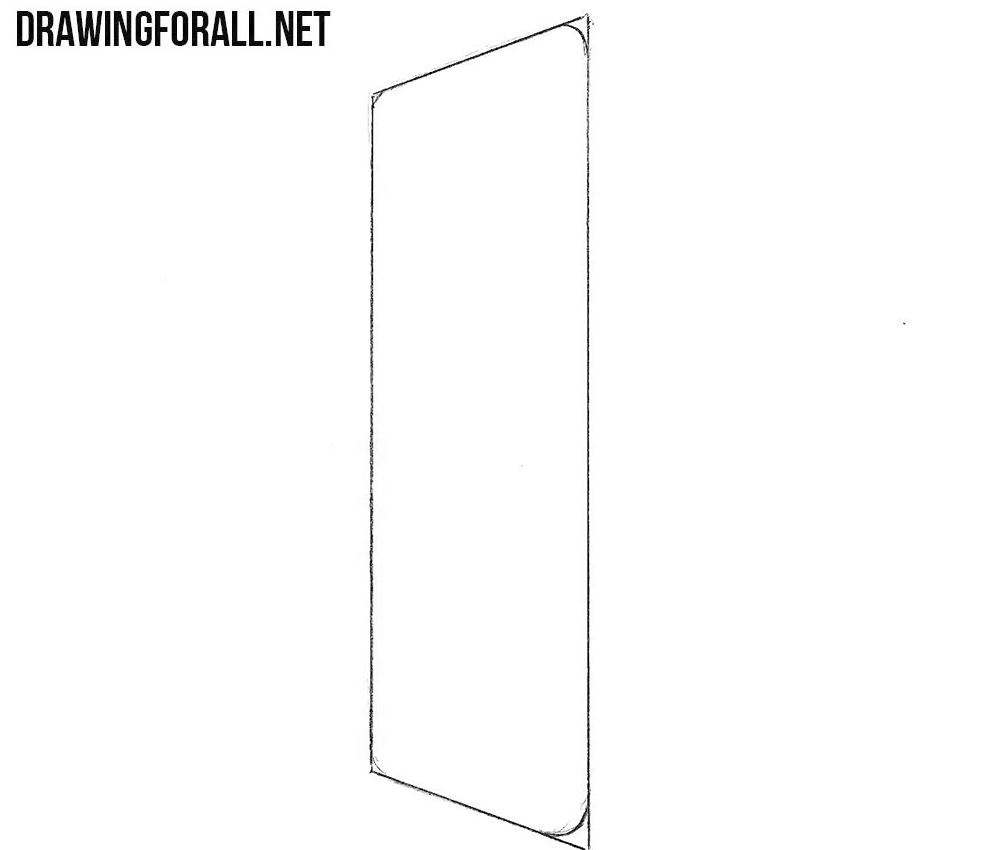 Now let’s take an eraser and remove all four sharp corners, leaving only round corners. 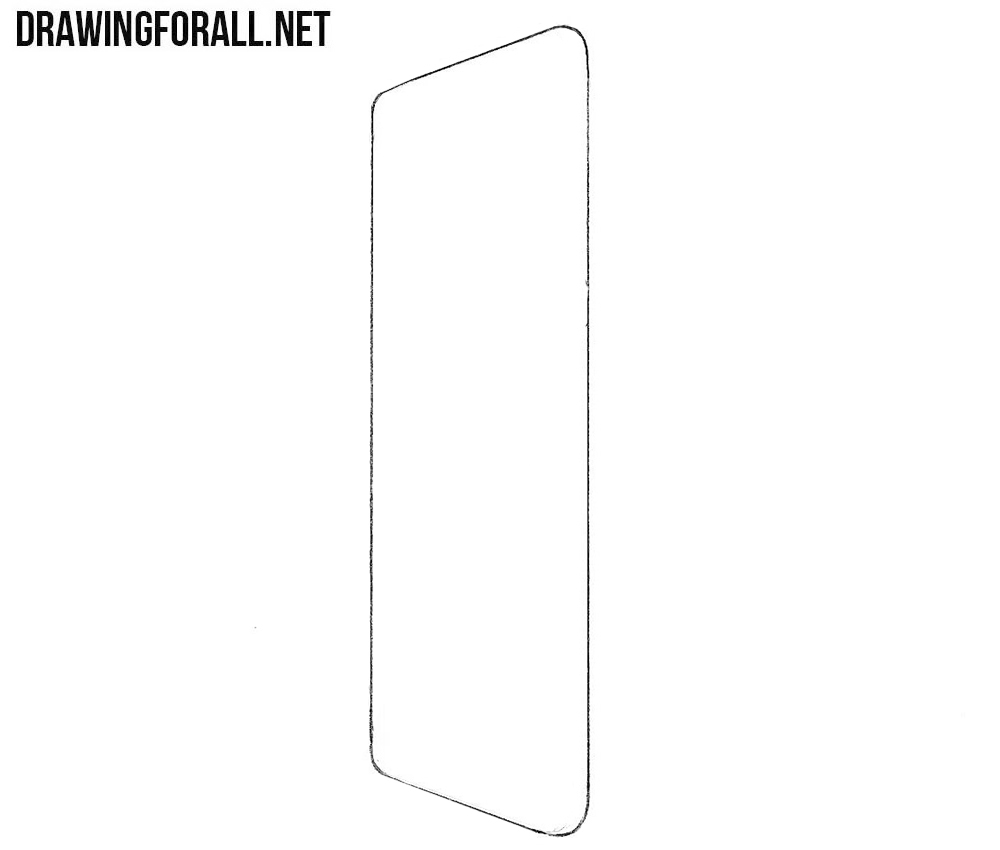 Now draw the edges and screen of the smartphone. Note that the screen also has rounded edges. 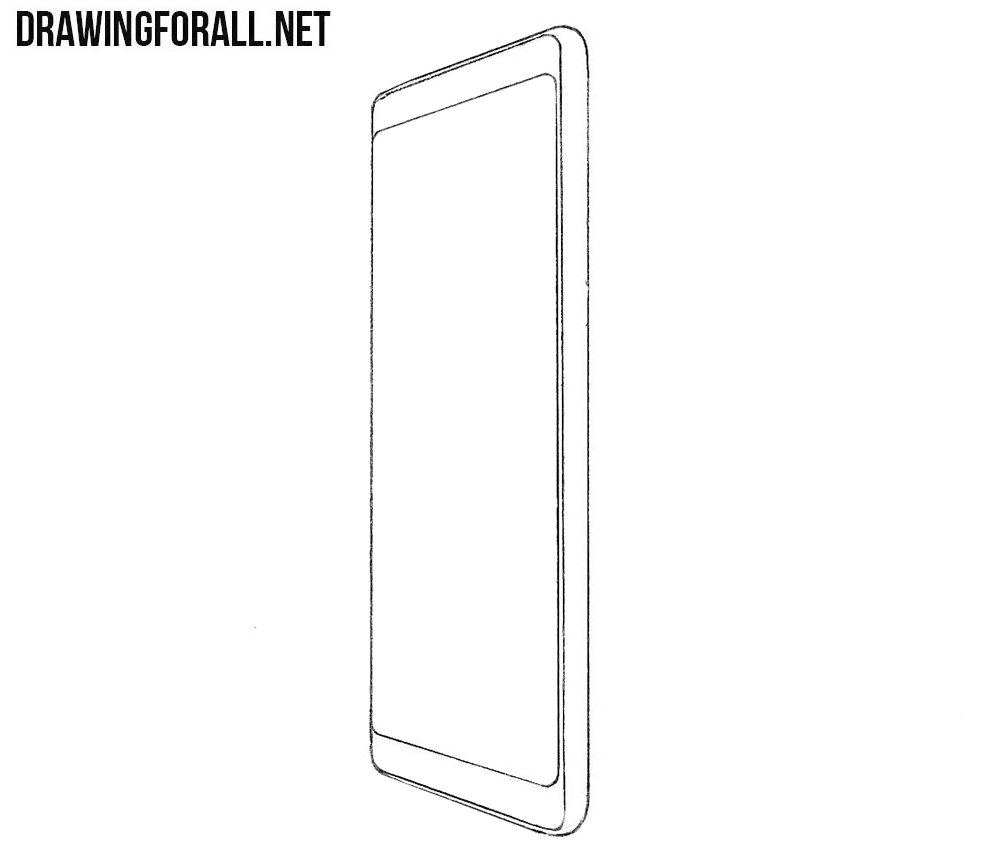 Above the screen we draw the speakers, sensors and camera. In the side of Samsung Galaxy draw buttons. 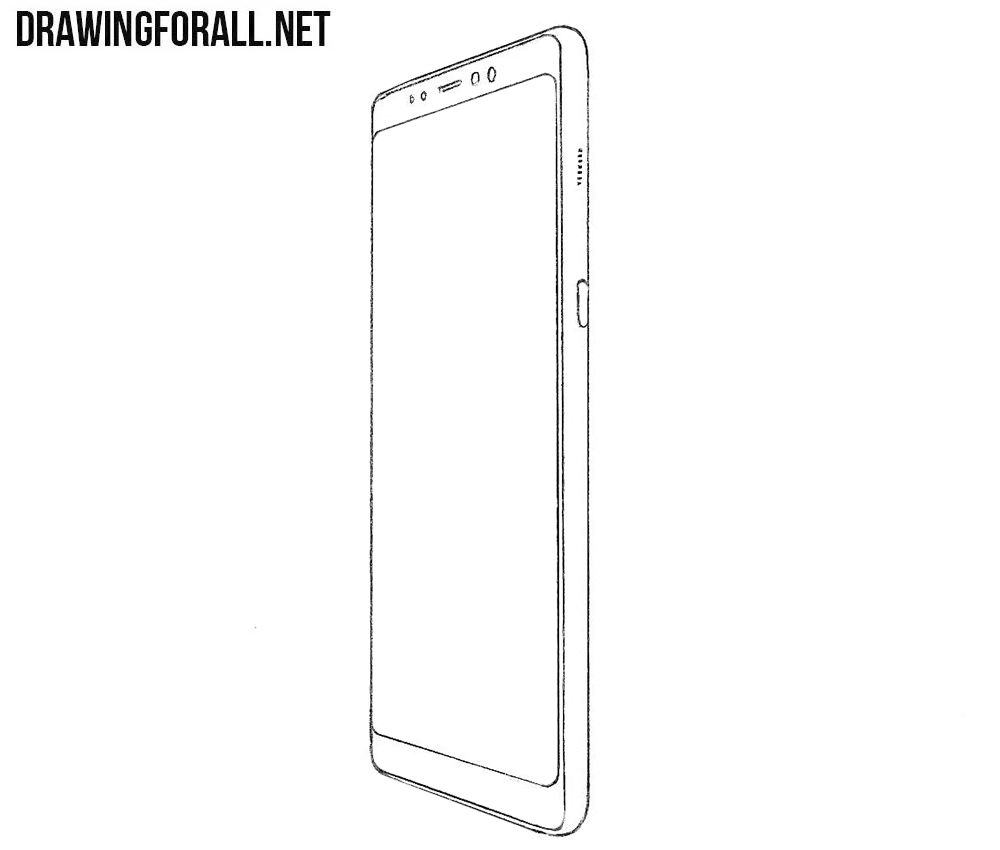 The last step is in which we will need to draw shadows in order to make the drawing the most voluminous and beautiful.