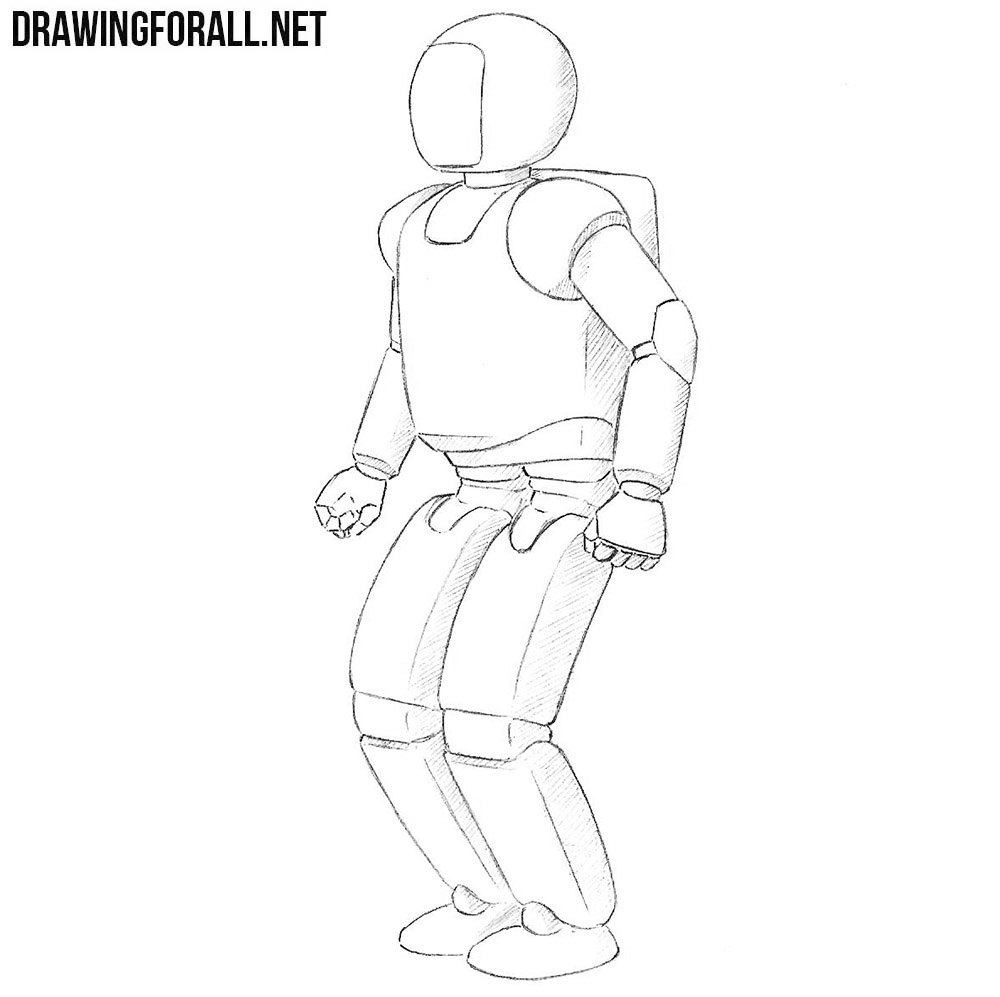 In one of our previous drawing lessons, we showed you how to draw a robot for kids. That lesson was very simple, and many of our readers asked us to make a lesson about a more complex and realistic robot. And so we created a lesson on how to draw a robot.

First of all, sketch out the head and torso of the robot in the form of a circle and an oval. Next, we sketch the arms and legs using simple lines. Note that the “skeleton” of the robot is quite different from the skeleton of an ordinary human. 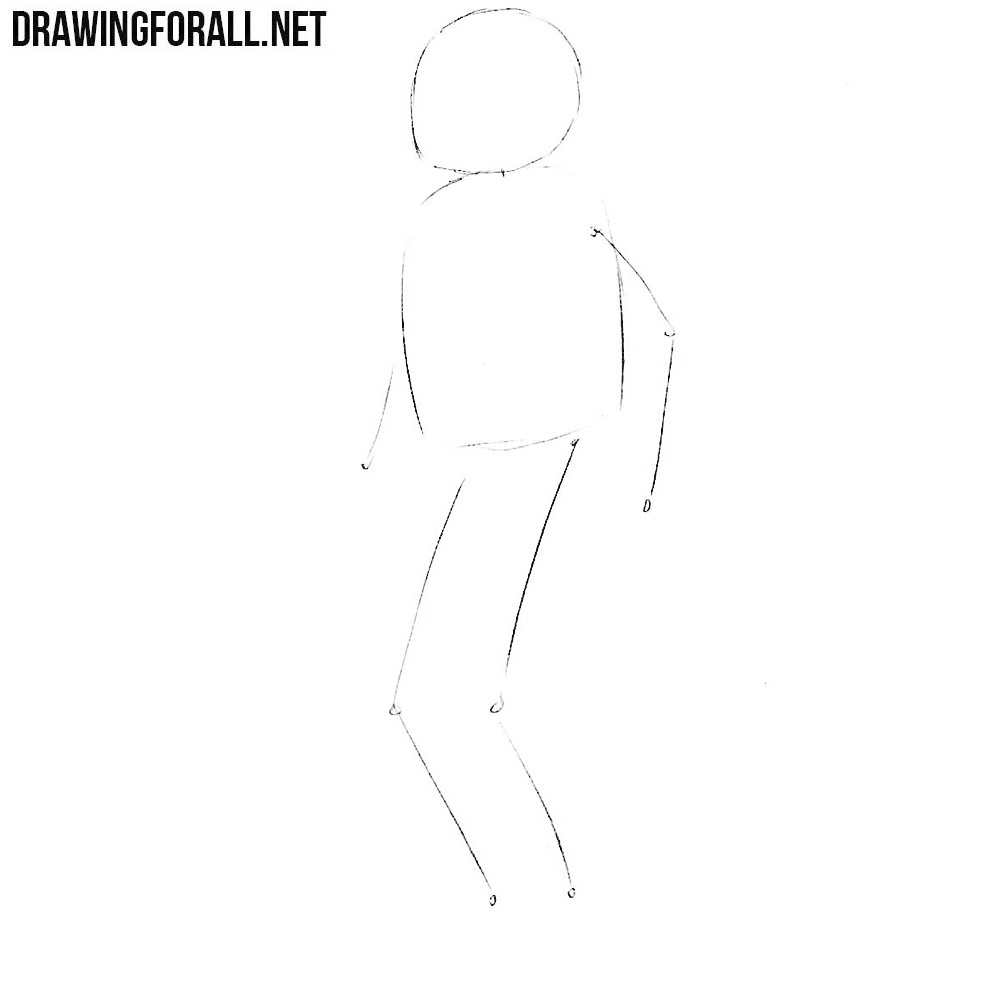 Now let’s add the volume to the limbs of our robot as shown in our example. Be sure to outline the connections in the form of circles. 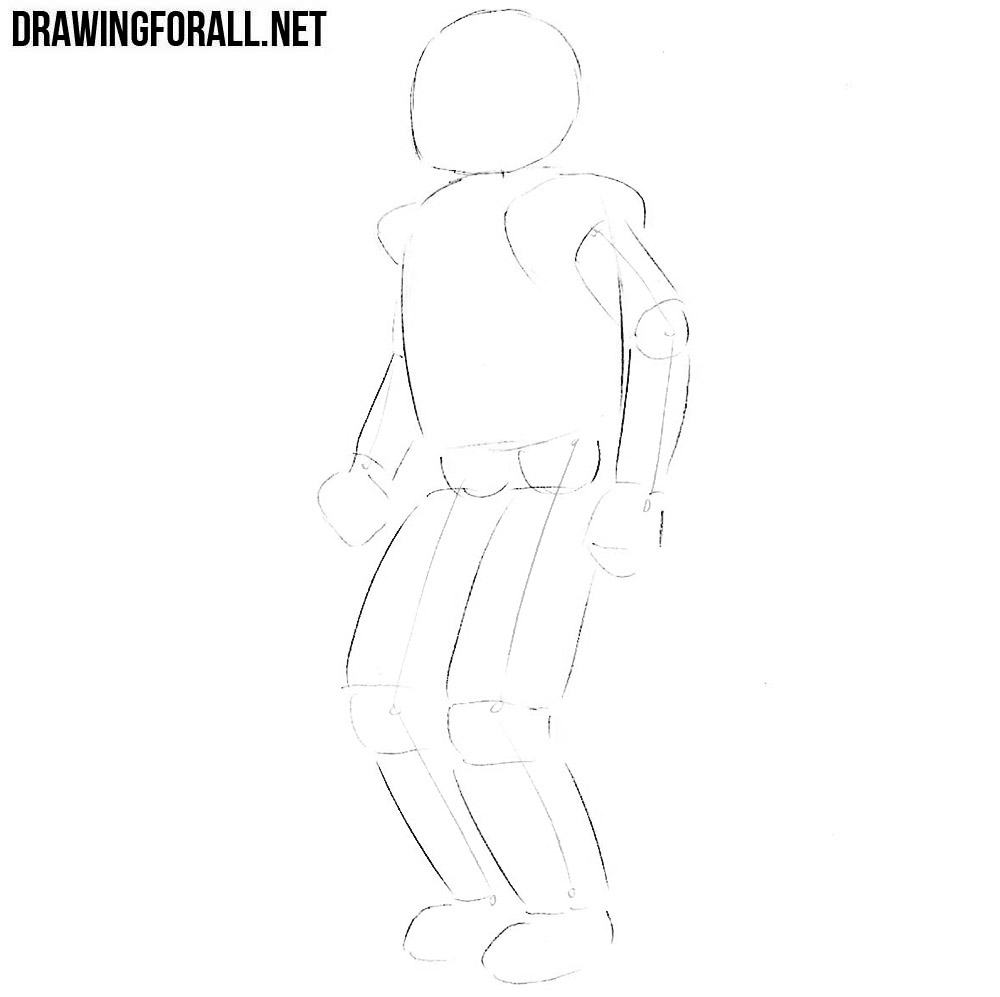 Now using the clear and dark lines carefully draw out the contours of the round head of the robot. At the front of the head draw a contour of the glass. 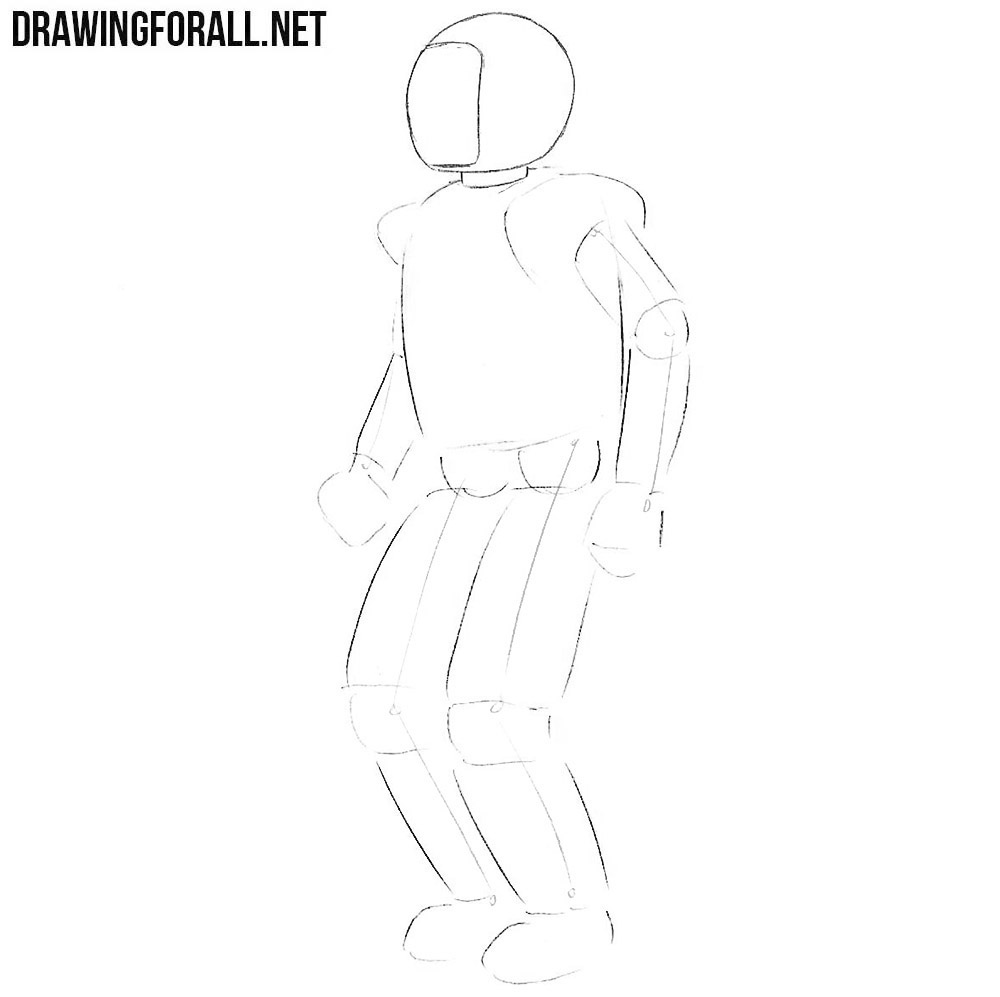 Now move to the torso, drawing it with clear and dark lines. Try to repeat the outlines of the robot’s torso as shown in our example. 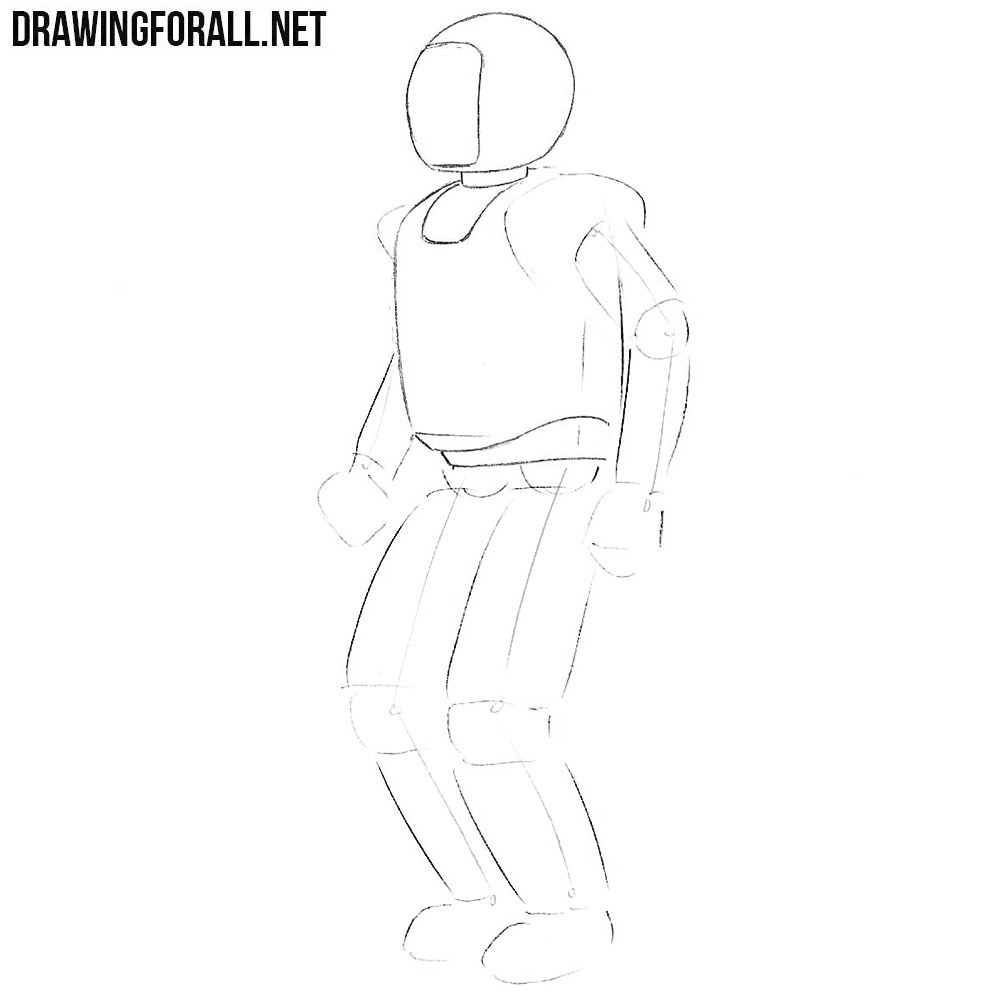 Draw the outline of the round shoulders, then go to the arms and draw out them in the form of cylinders. Draw out the hands and the elbow joints. 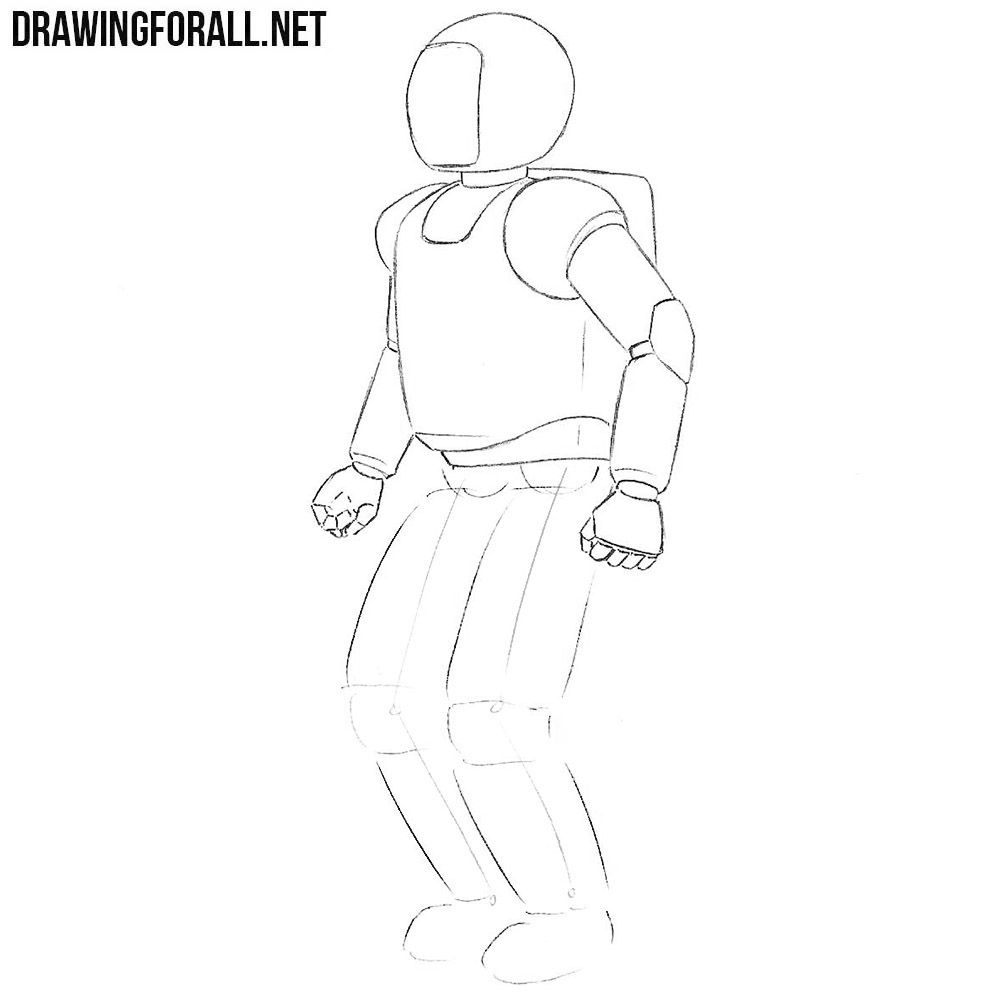 Now we need to draw the robot’s legs. Note that they are slightly larger and angular than the arms. Repeat all connections and parts as in our example. 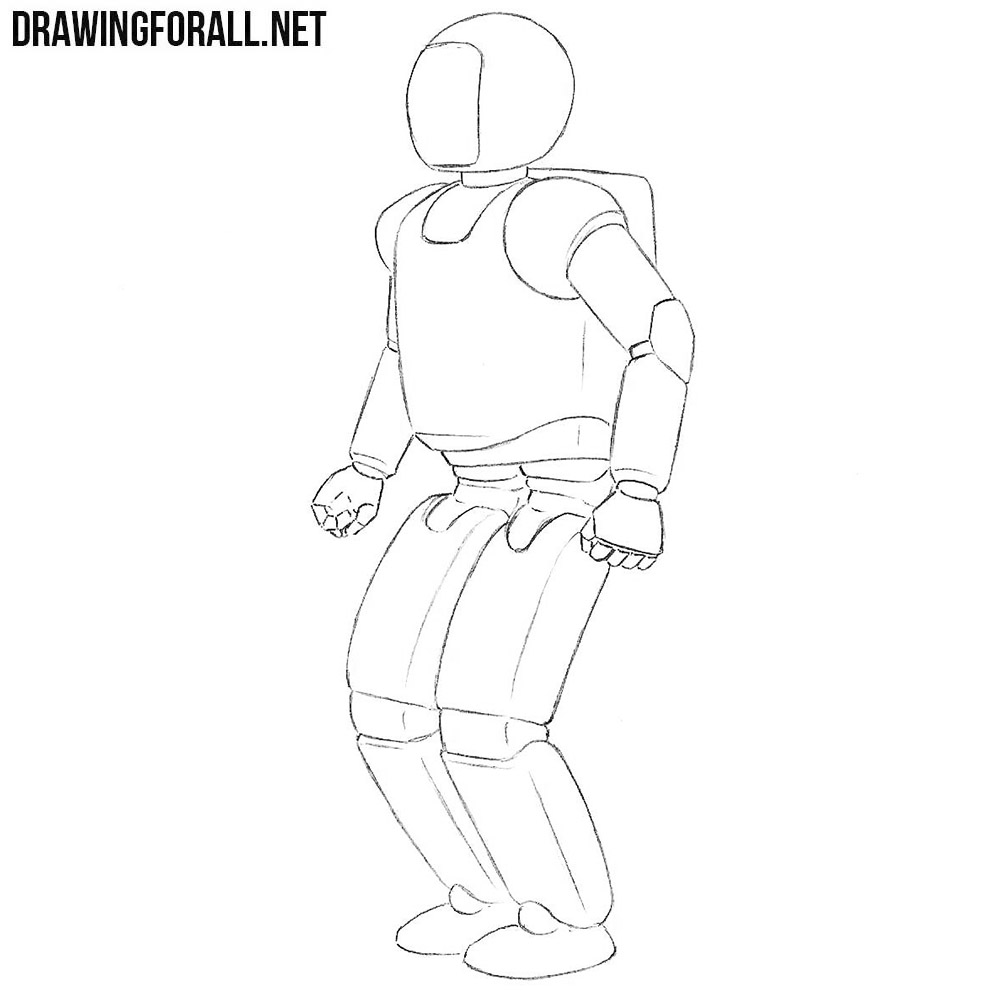 If you understand that all lines are made correctly, and the result you like, then proceed to the process of drawing shadows. Draw shadows using dense and uniform shading, as in the example below.

In this lesson we showed you how to draw a robot using the example of a very famous Japanese robot. But with the help of our tips, which were shown in this lesson, you will be able to draw any robot. Note that this robot very slightly reminds a man. But there are other robots that exactly match the appearance of a human. For drawing such robots use the tips from our drawing lessons about human. Also we are waiting for your wishes and criticism in the comments to our article or in our social networks.