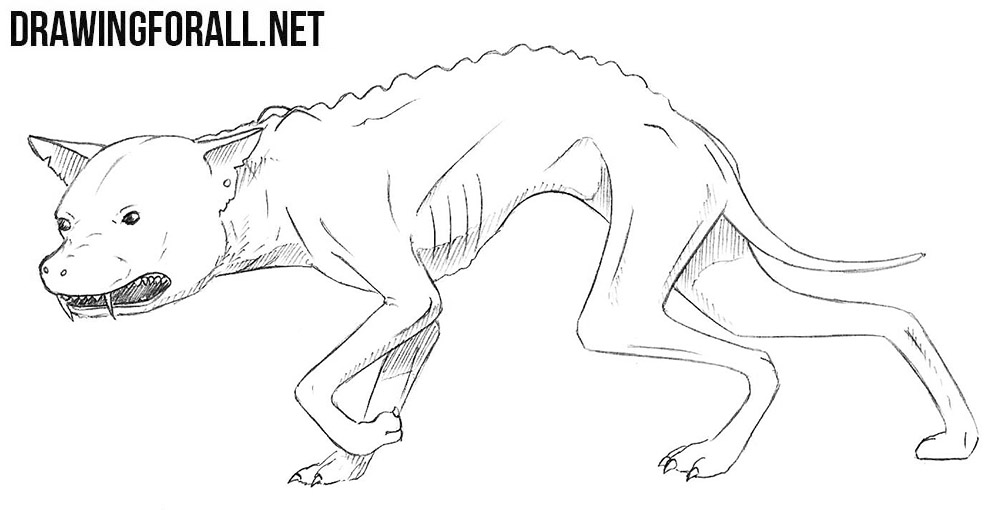 In this drawing tutorial we will show you how to draw a chupacabra – a creature unknown to science, a character in the city legend. According to legend, Chupacabra kills animals (mostly goats) and drinks blood of them. Chupacabra often becomes a hero of feature films, serials, books, videogames and even cartoons.

There is no clear image of Chupacabra, so we decided to draw it as we imagine it. So make a skeleton of the creature, as if you are drawing something that looks like a dog or other similar animal. Using very light lines, repeat our drawing. Note that the line of the spine should be curved.

Now add some volume to the body of our chupacabra. On the head sketch out the ears, eyes and muzzle. Next, sketch out the neck and torso with a very thin belly. At the end of the step, sketch the paws and tail. 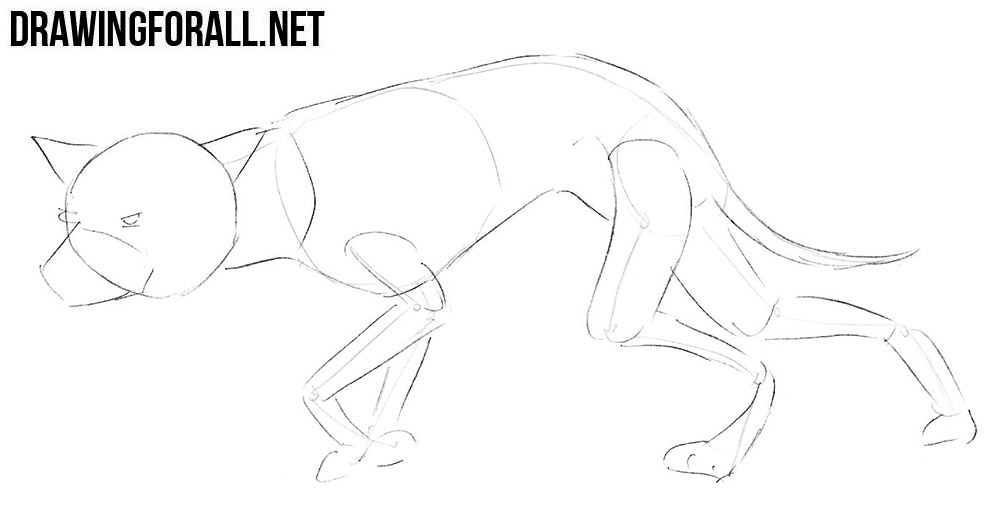 Starting with this step, we will use clear lines and draw the final details. With such clear lines, draw out the contours of the head of the Chupacabra with small evil eyes, sharp teeth and wrinkles. The ears should be torn as in our example. 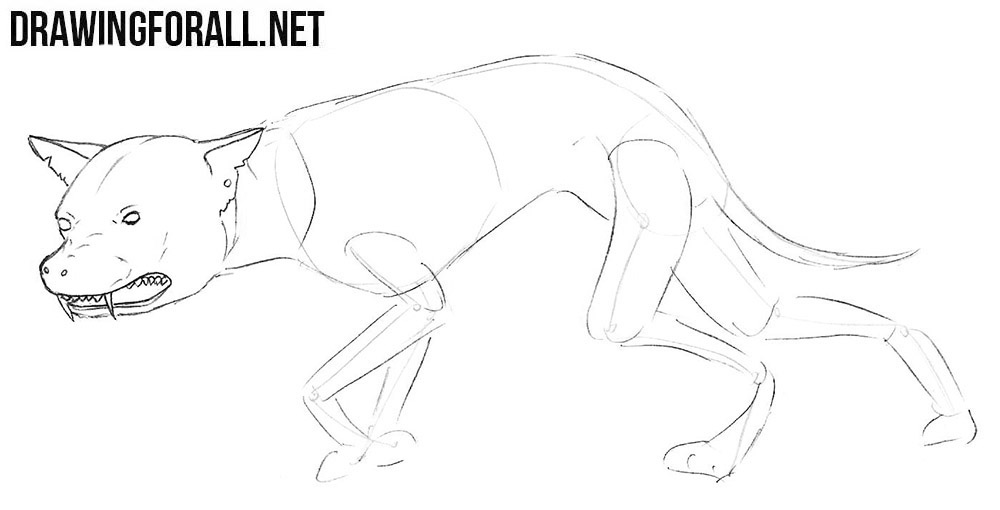 Now let’s move on to the torso of our chupacabra. Carefully draw out the torso, taking into account the outlines of bones, ribs and the spine under the skin. We do not know exactly how this creature could look, but we present it as a thin and terrible creature, as in our example. 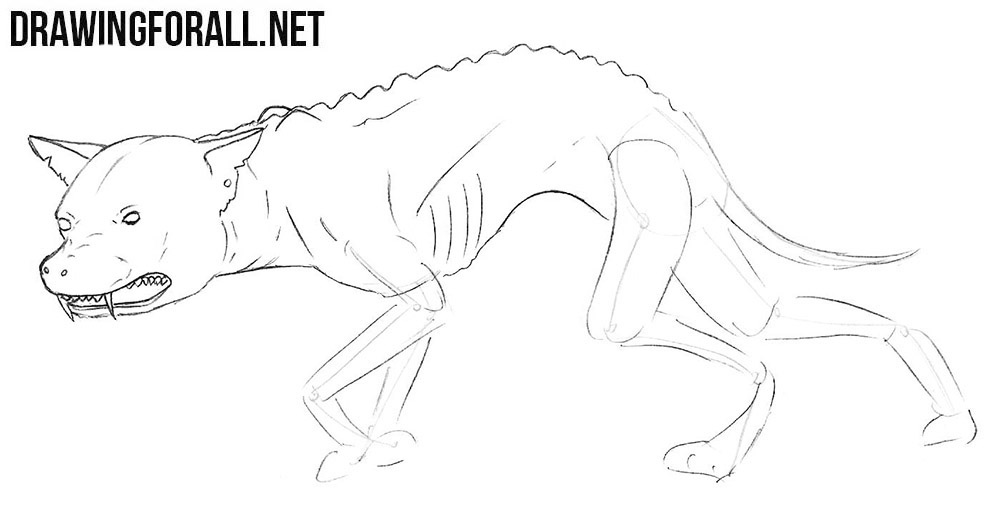 On the body of the Chupacabras it remains to draw only the paws. Draw outlines of thin paws considering all the bones and tendons under the skin. Do not forget to draw sharp claws on the paws and lines of wrinkles in the fold areas. 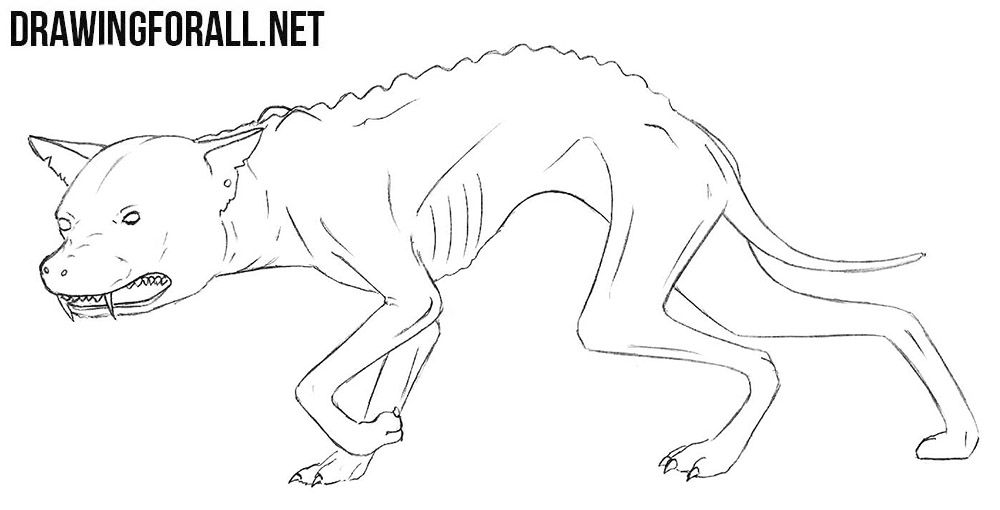 If the Chupacabra figure is ready, then it’s time to work with the shadows. Use dense hatching to draw shadows in the least-lit areas. By changing the hatching density, draw more dark or light shadows to give the drawing a more voluminous look.

The drawing lesson about how to draw a chupacabra has come to an end, but we have for you a lot of different lessons of drawing about monsters and not just about them.