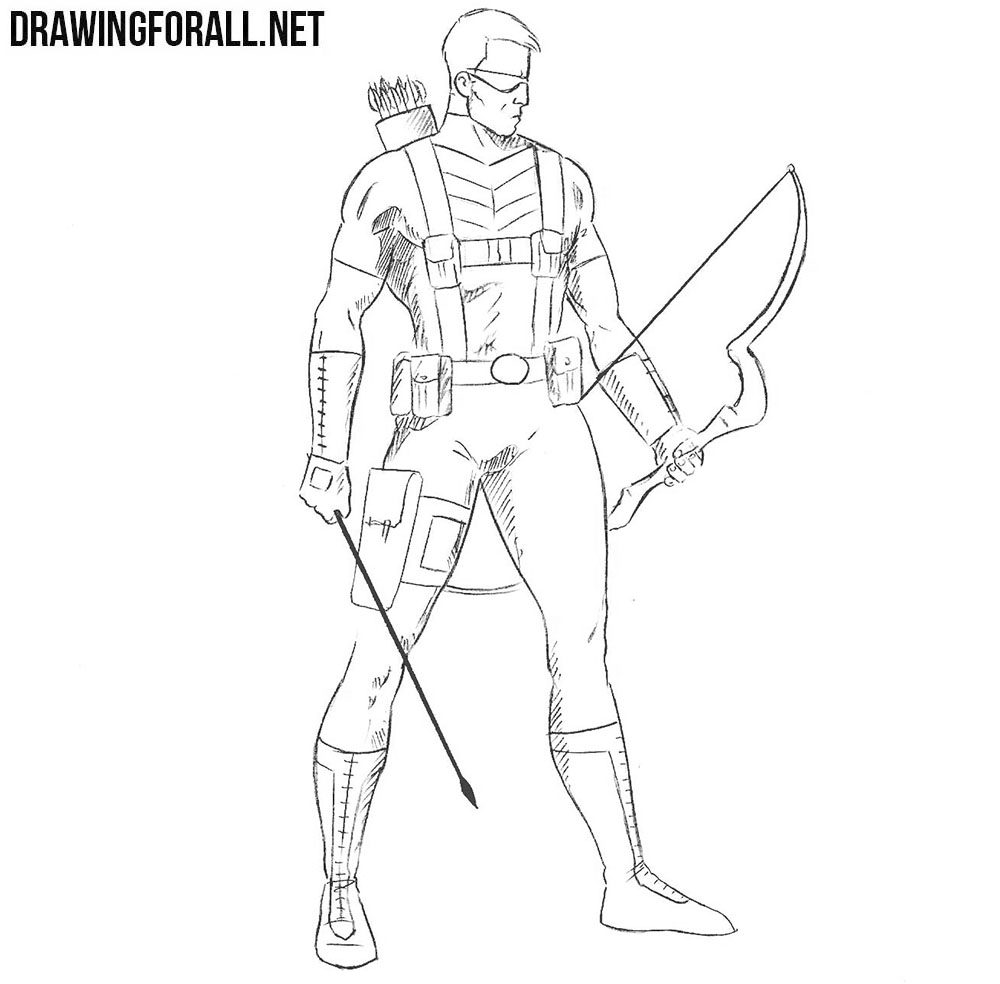 Hello! Today we will tell you about how to draw Hawkeye from Avengers. As you probably know, Hawkeye is not one of the founders of the Avengers team. But he became very popular because of a series of movies from Marvel Comics.

We begin to draw Hawkeye with stickman. Stickman is a figure consist of circles and sticks. We draw it to outline the basic proportions, its position and location on the paper.

In this step don’t press down too hard on the pencil. Draw this draft using the light and smooth strokes.  First draw an oval, then outline the body, hands and legs using the lines. Do not try to draw these lines ideally, because it’s just the guidelines, and it will be erased in the next steps. 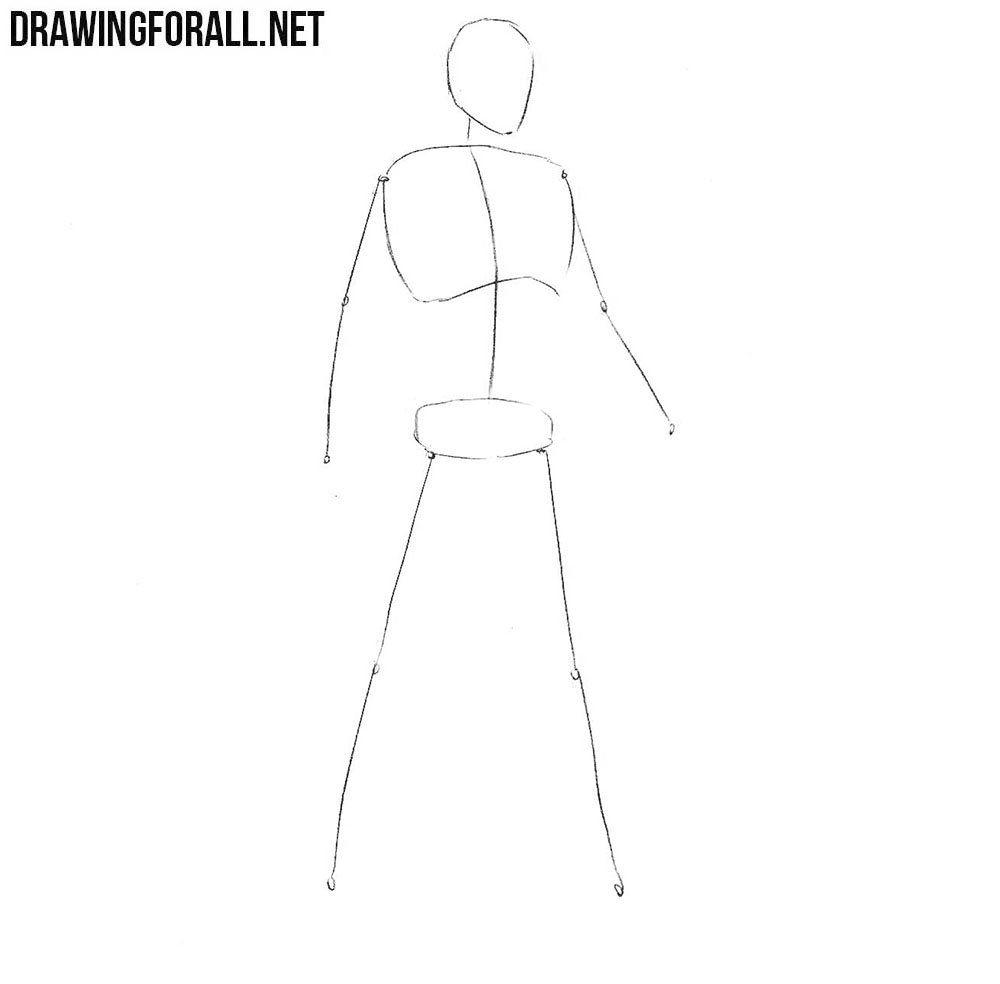 In this step we will add some “meat” to the “bones” to the stickman. First draw the horizontal line inside the contour of the head. This line will help us to draw eyes.

After that, using the lines from the previous step sketch out the parts of the body. Using cylindrical shapes draw the torso, arms and legs. Draw shoulders and knees using circles. At this step you also do not need to press down on the pencil too hard. 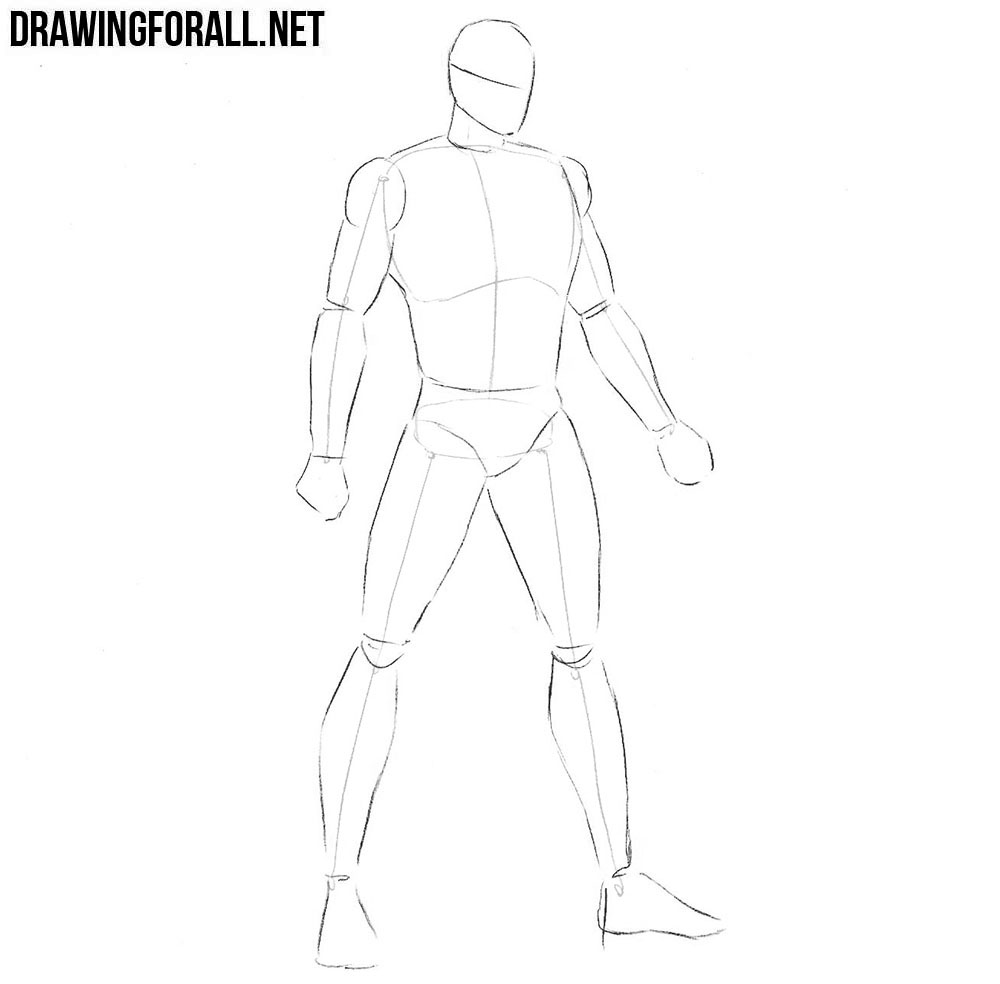 Ok, now let’s draw equipment’s outlines. Sketch out belts and clasps on the body. Don’t forget to draw bow in the hands. Another important thing is drawing the contours of the hair and glasses. 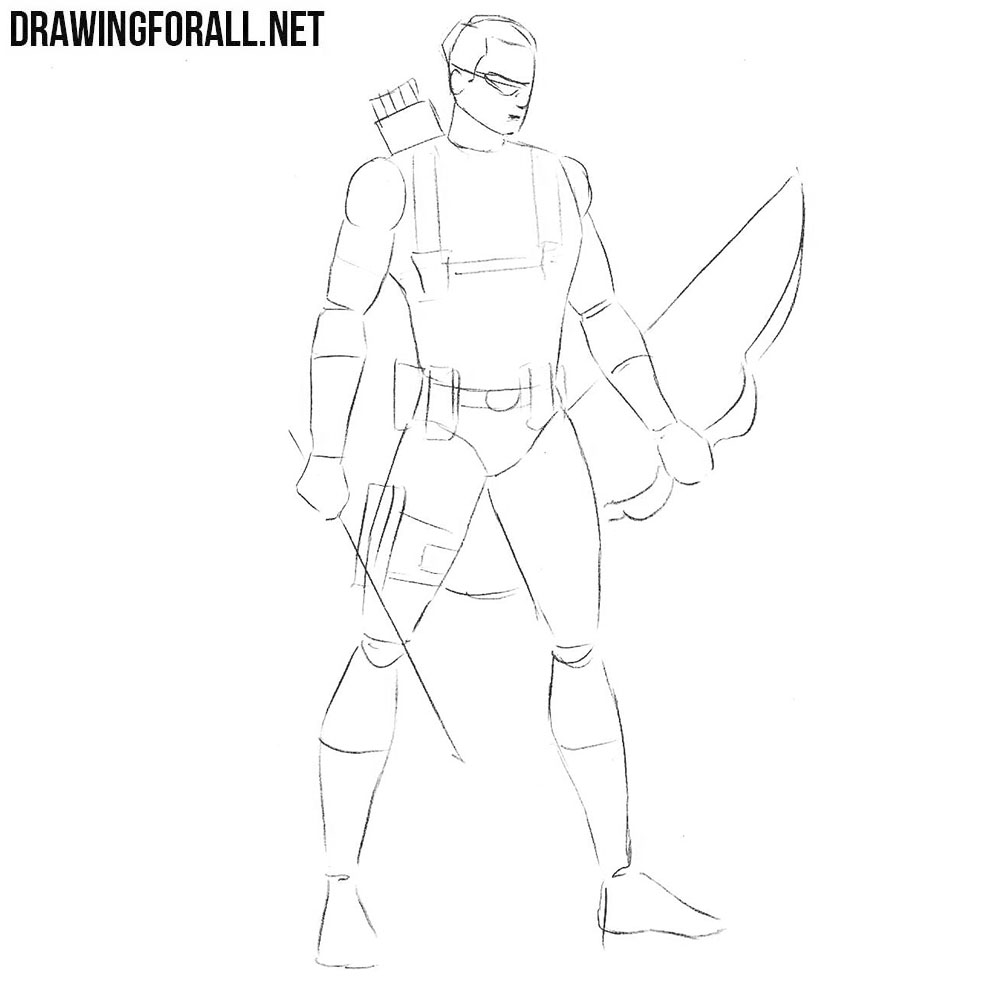 The first thing that we draw in details is the eyes (in this case we draw the glasses). After that sketch out the nose and mouth. With the help of simple lines, we sketch out hair and ears. You can make hair more detailed than in our sample. Also, you can draw a bristle or a beard. 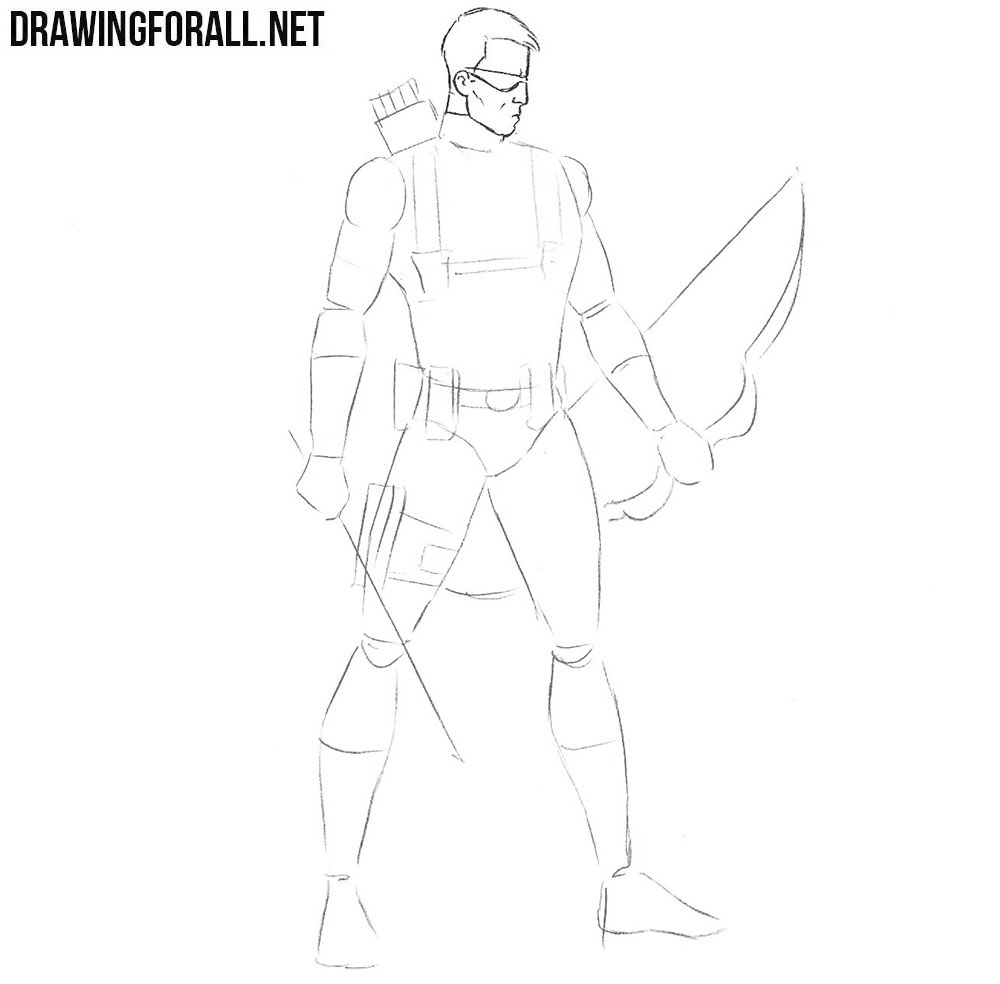 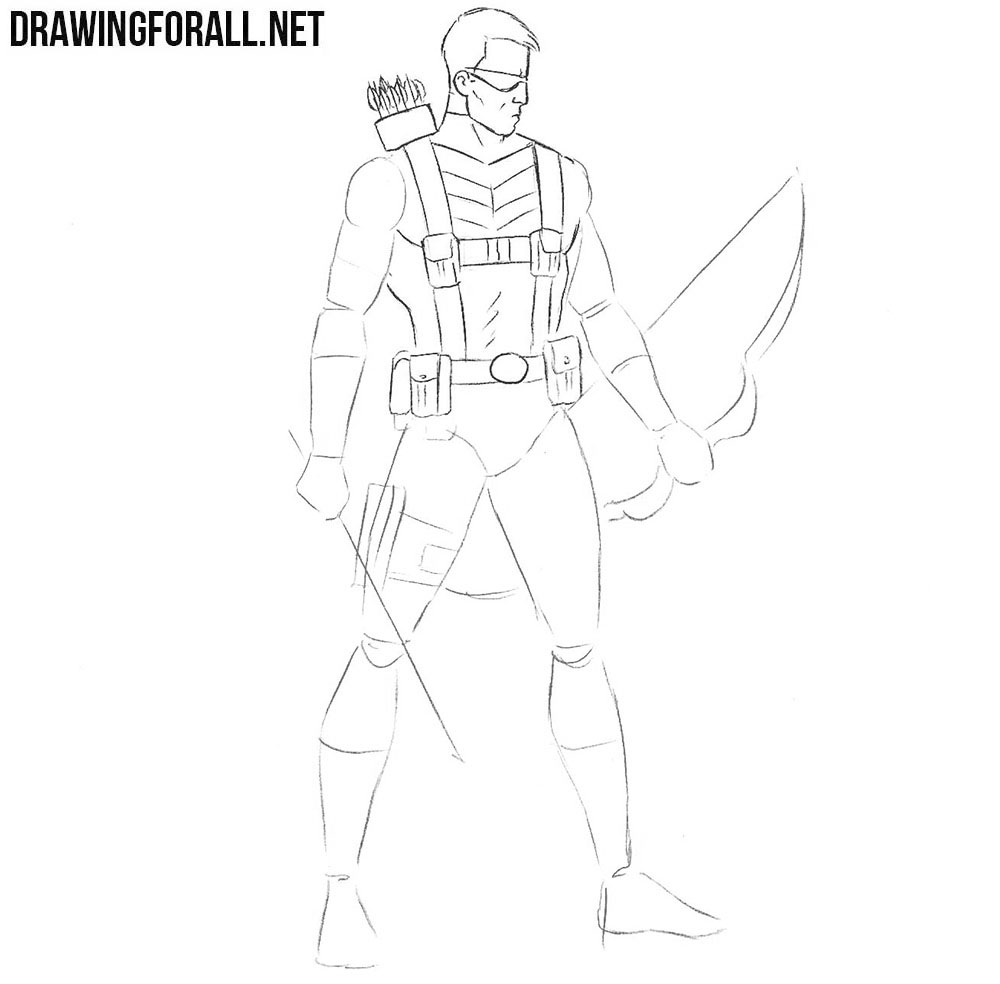 Now it’s time to draw out the arms. Here we will also use clear and smooth lines for detailed drawing. Draw out the outlines of all the muscles as in our example and delete unnecessary lines.By the way, we have a special drawing tutorial about how to draw hands. 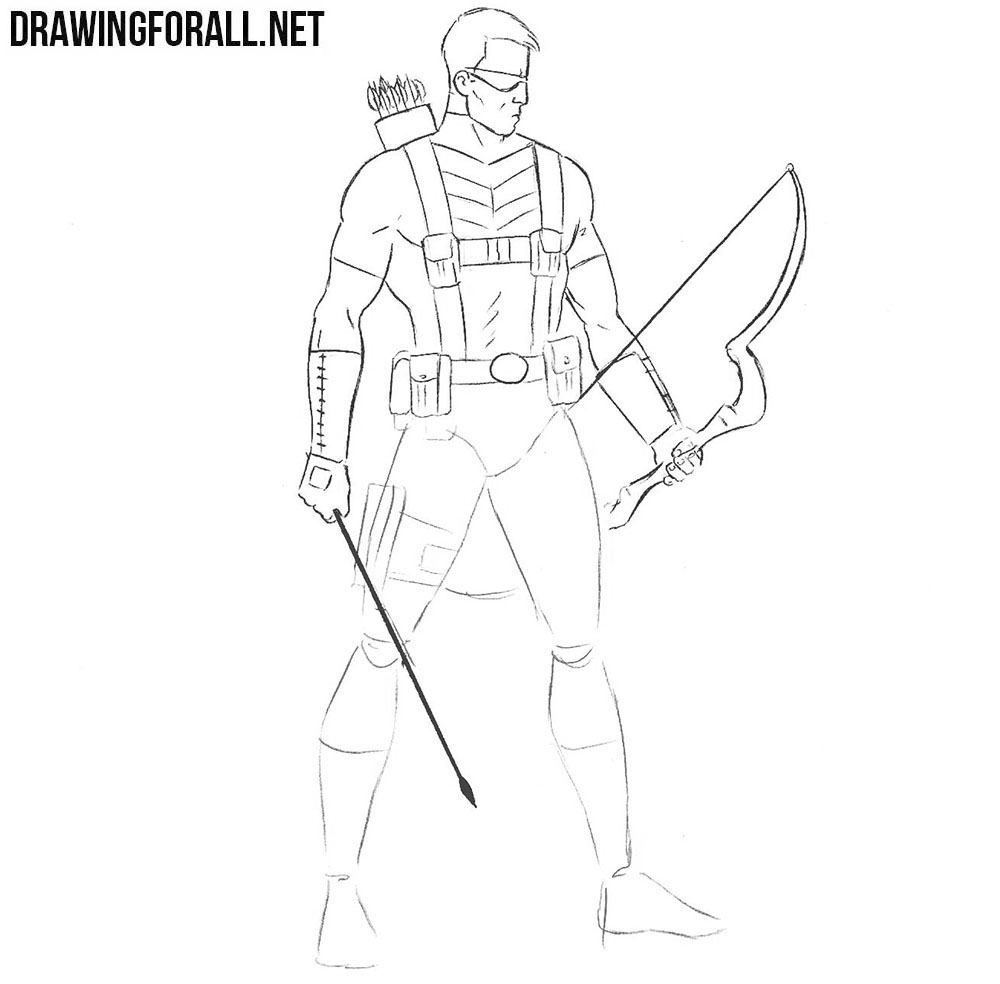 So we almost completed this drawing lesson. Now we will draw the leg area in details. We will draw this stage from the top to the down. And first thing we will draw is folds in the pelvis area. After that we draw a large combat pocket. This pocket is fixed to the hip. The final step in this step is drawing the boots. 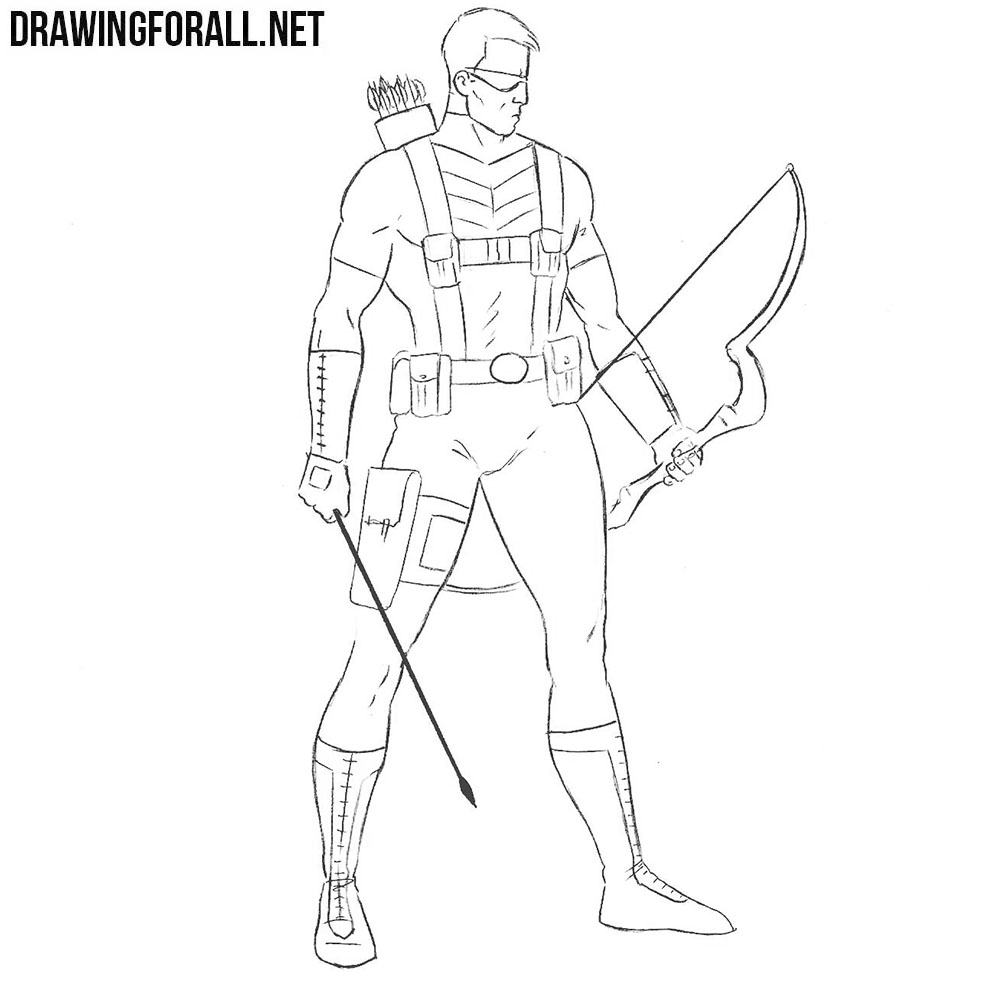 So we paractically draw Hawkeye from Avengers. Now we have only one problem – the shadows. As you can see, this picture look like the an ordinary sample of the comic style of drawing. So the shadows are bright black contrast areas.

We add the shadows in two actions – we draw the outlines of the shadows, and then paint them. To draw the light shadows you can use hatching, as in our example.