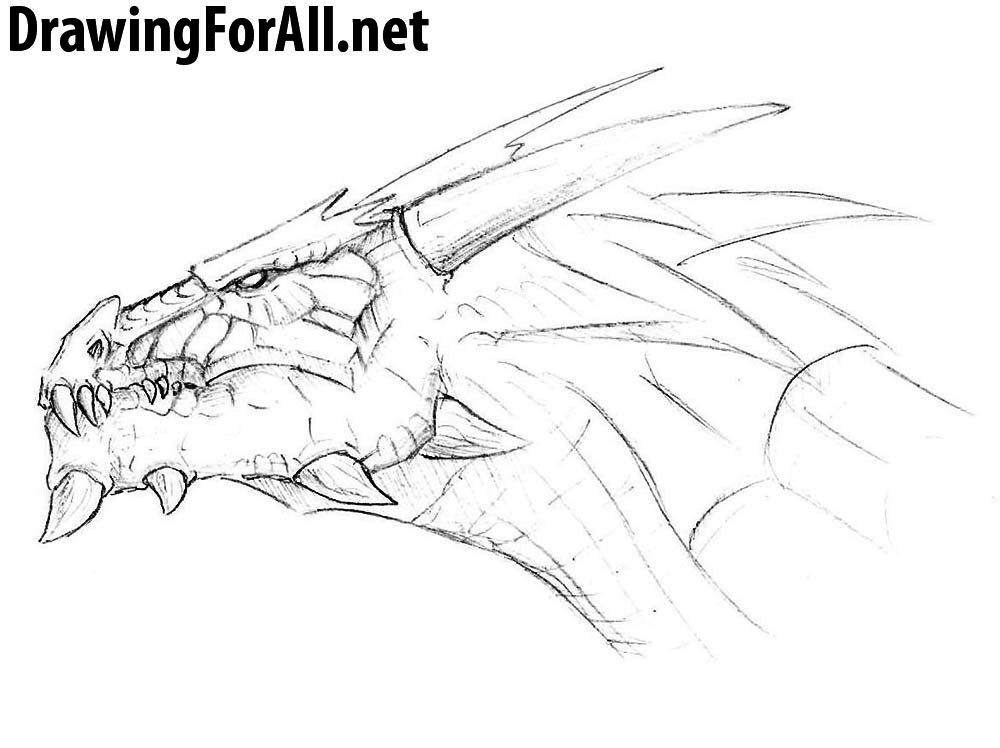 Hello, dear readers of our website! Today we bring you a new article, in which we again will learn you how to draw. And today we are going to tell you how to draw a dragon head.

As you can see, at the end the head of dragon will look very realistic. At first we sketch out a pretty simple figure. This Is the outline of a dragon’s head, it is need to draw, using simple and light lines. Note, how the head narrows to the nose. At the top of the head don’t forget the sketch out the horns. 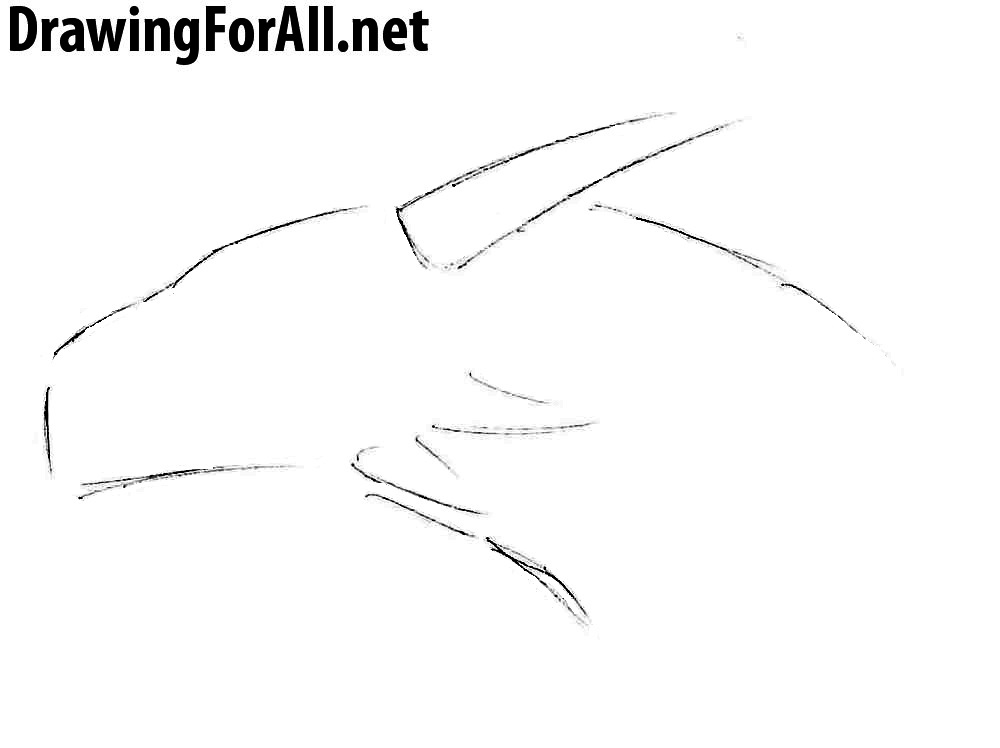 With uneven horizontal sketch out the mouth of the dragon. Beneath the mouth draw two large spikes, and above the mouth draw the contour of the eye. In this step, as in the previous one, we need to use simple and light lines. 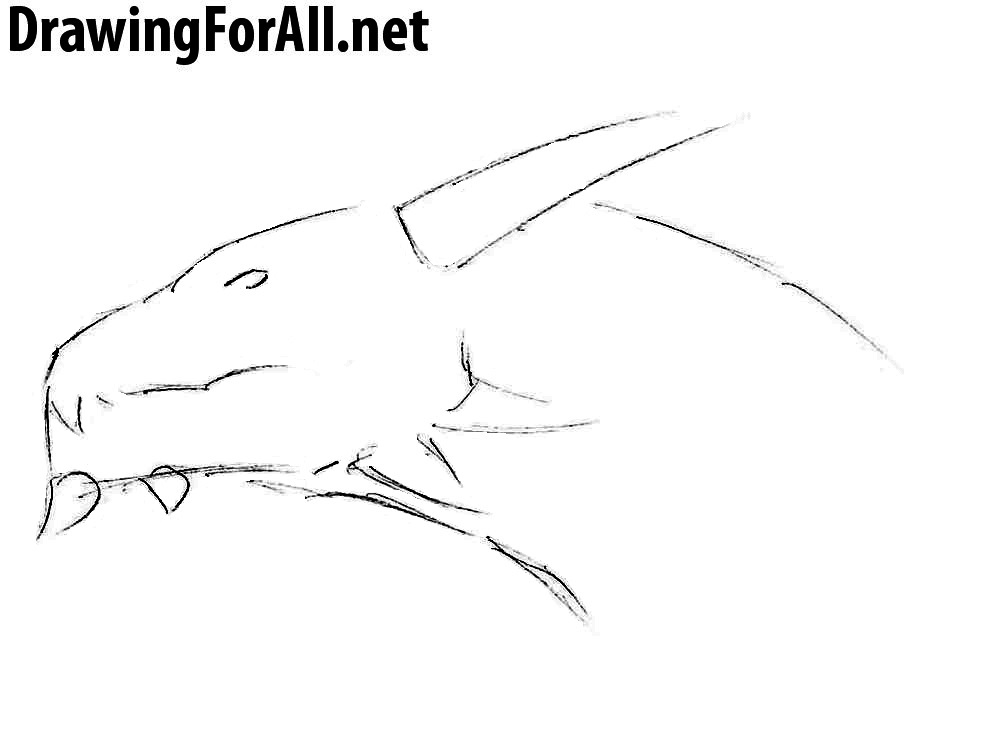 The general outlines of the dragon head are ready, and now we draw the details, moving from top to bottom. Here we draw the oval eye, above it draw jagged horn plate. Beneath the eye draw the folded part of scales. 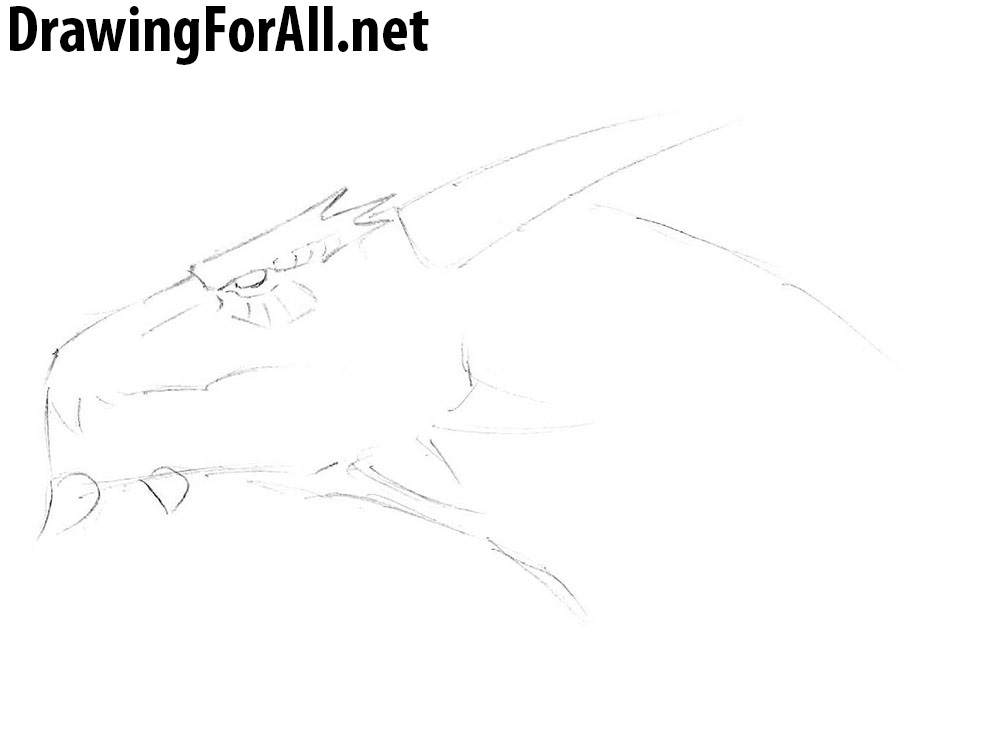 Draw the nostril and nose, which goes to the upper jaw with massive fangs. Between nostril and eye draw plates with scales. Draw such plates around the eyes, as in our drawing. 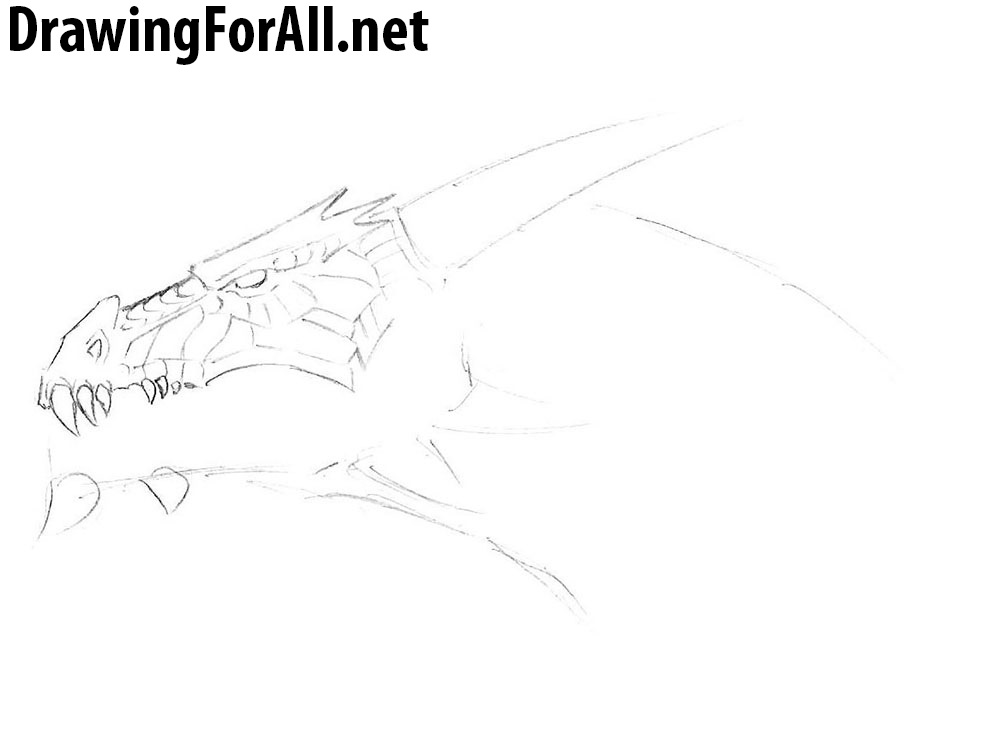 Circle the lower portion of the head and draw very large horns disposed across the lower jaw. By the way, the dragon, which we draw, has a pronounced appearance of the classic fairy-tale medieval dragon. 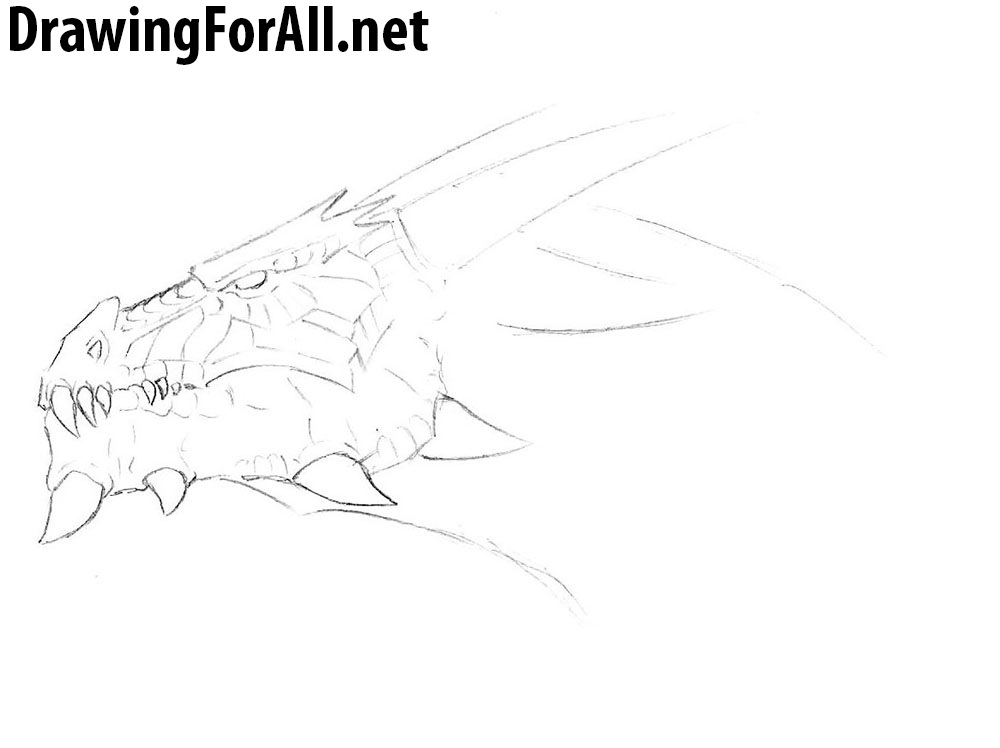 Draw large areas of skin on the upper part of the neck. Please note that they look like a membrane. At the bottom of the neck, draw a texture similar to an uneven lattice. By the way, if you want to draw an Asian version of the Dragon, visit our lesson on how to draw a chinese dragon. 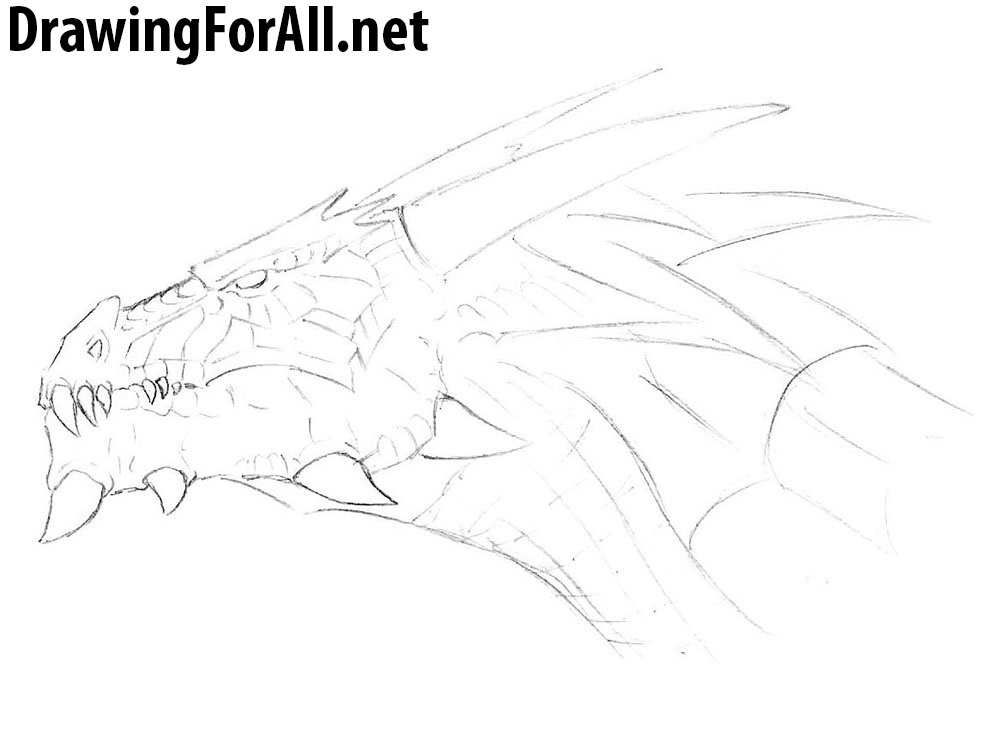 Here we on the last step of the drawing lesson on how to draw dragon head. Here we add the light shadows. As always, we do it in a several stages:

It was another drawing lesson by DFA in which we told you about how to draw a dragon head. Probably, such dragons adorned the walls of the medieval knights as trophies. Do not forget to subscribe to us in Google Plus, FaceBook, Pinterest and wherever you can find us, so as not to miss the fresh drawing lessons. Good luck!