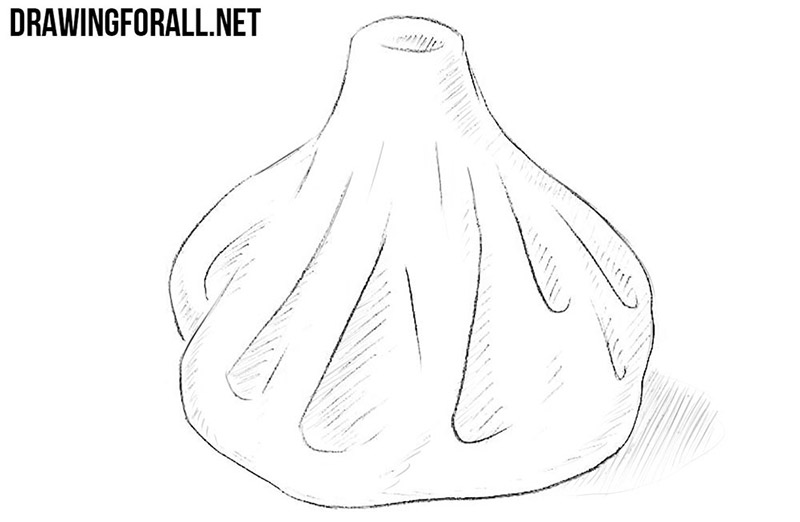 Perhaps many people will not even think about how to draw a dumpling, after all, this object is quite simple, not only in cooking but also in drawing. But of course, even in such a simple subject as a dumpling there are some nuances that should be taken into account so that the dumpling drawing was closest to what you could see in reality. This lesson is structured in such a way. To avoid any difficulties in the process of drawing dumplings. The lesson consists of only four greatly simplified steps. With the simplest and most accessible description of each of these simple steps.

Dumplings appeared many centuries ago, and having spread throughout the world, they received a variety of forms. In order to accurately draw a dumpling, first of all we need to sketch a simple circle and the top of the dumpling with a couple of simple lines. 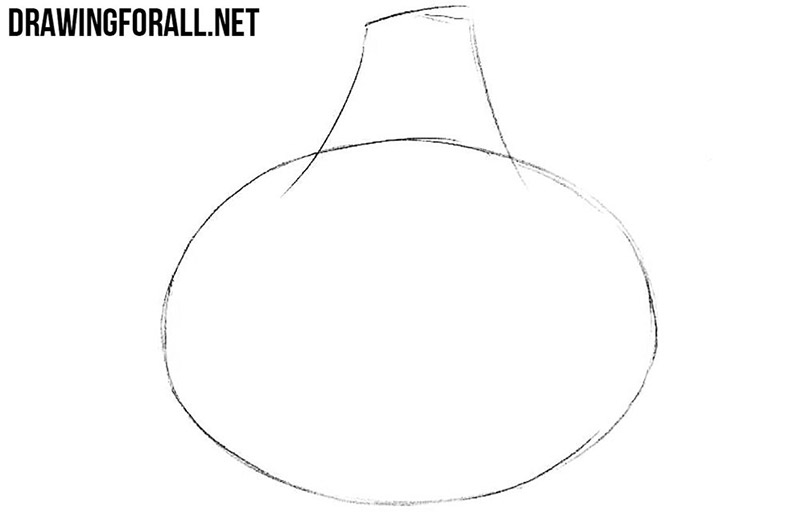 In this step of the lesson on how to draw a dumpling we will give this great dish a more regular and natural shape. Using dark and clear lines, trace the outlines of the dumpling, and erase all the auxiliary lines to make the drawing of the dumpling, as in the example below. 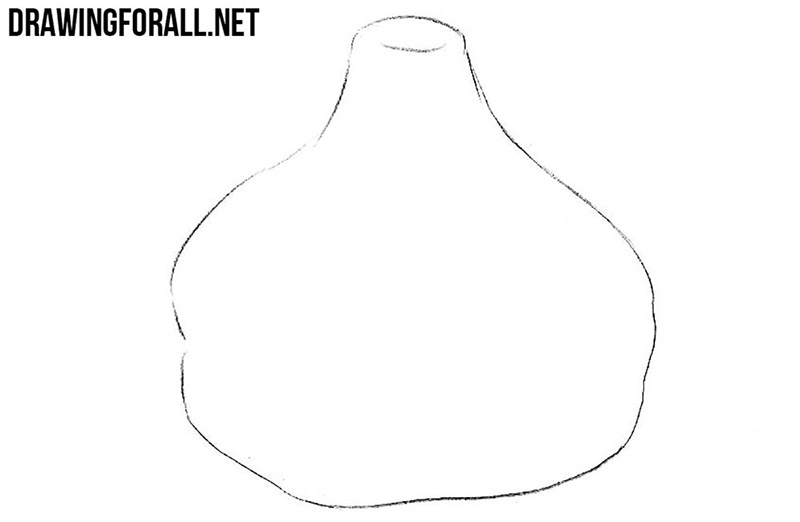 In the second step we drew only external contours, and our dumpling sketch now looks more like a garlic. In order to make this dumpling drawing look more correct, draw folds, as the Drawingforall.net artists did in the picture lower. 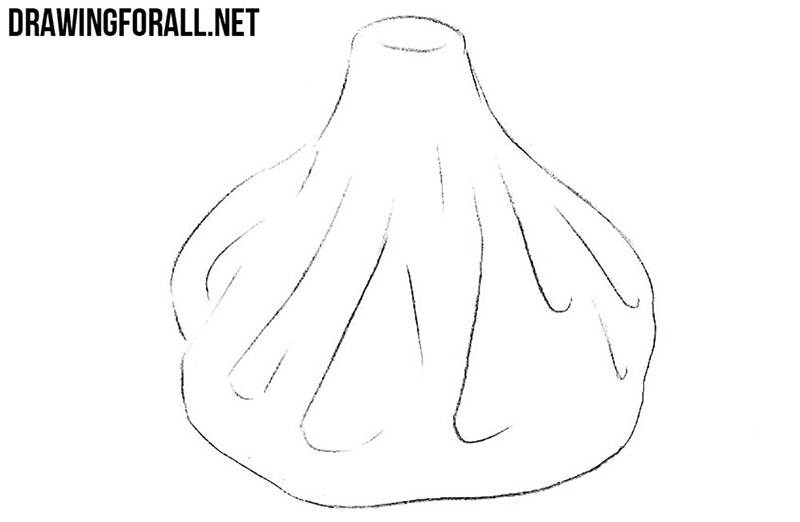 The most painstaking stage of the instruction on how to draw a dumpling will be the addition of shadows, but the team of Drawingforall.net is sure that you will not encounter difficulties here. Just with the help of an inclined and uniform hatching draw the shadows on the side of the dumpling and the cast shadow under the dumpling itself.

As already mentioned, the dumplings appeared many centuries ago, and diverged in all countries of the world. In each of these countries, this dish got its appearance, content and name (manti, gyoza, khinkali, pelmeni and so on). And of course, this lesson on how to draw a dumpling will help you to draw any of these types of dishes. In the category “Food” you will find many different dishes, and you can become a true master in drawing food.