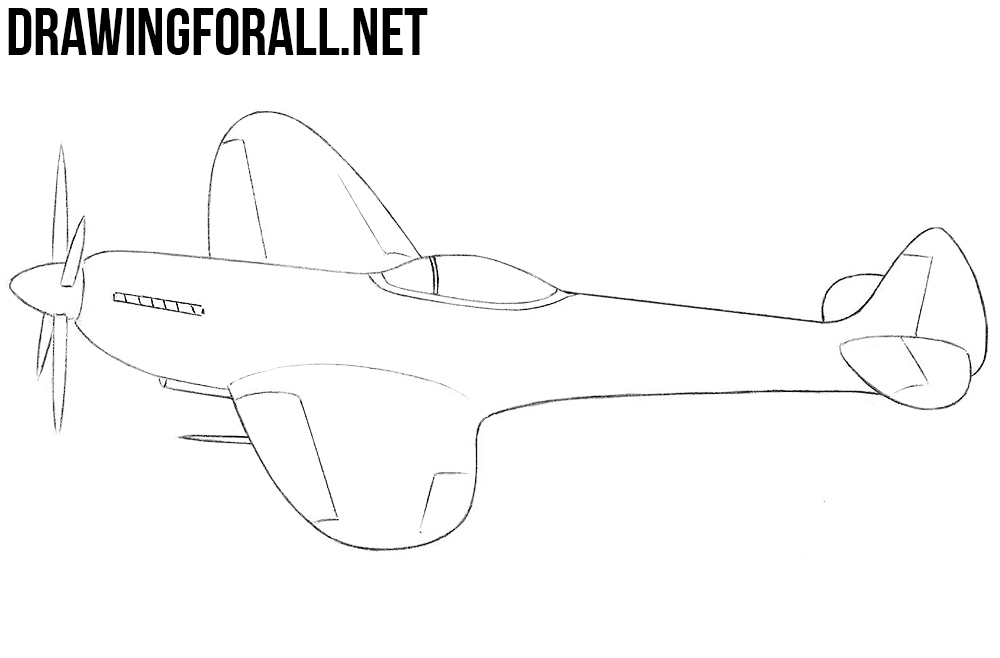 So, the first thing to do is sketch out the body of the aircraft in the form of an oblong and narrowing to the nose figure. 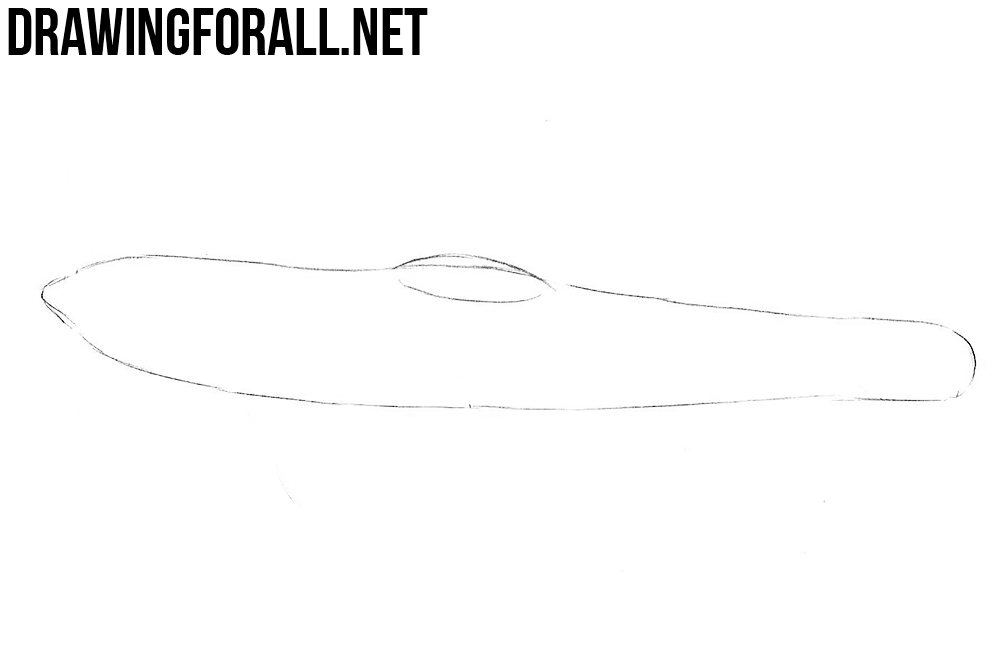 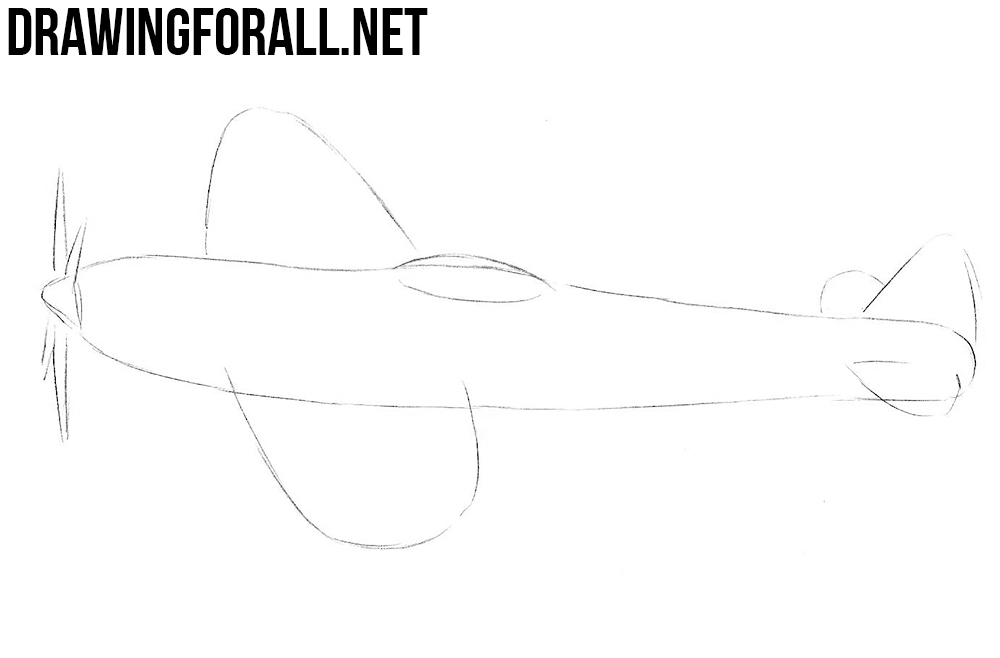 Here we need to start drawing more thick lines. Carefully draw the propeller in front of the plane, make the lines clean and smooth. 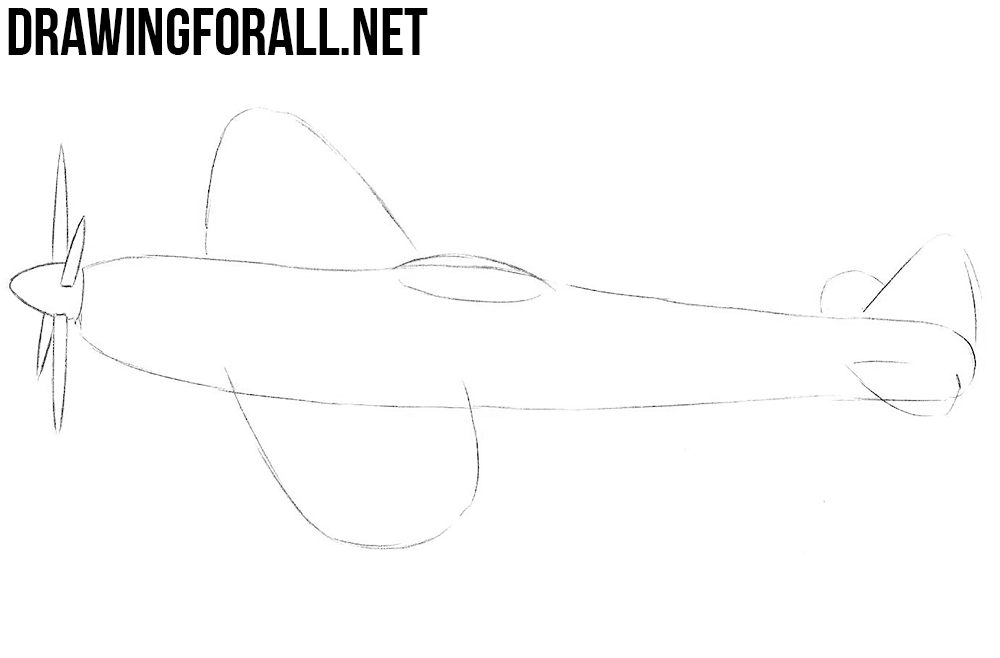 Using long and slightly curved lines draw out the body of the WW2 plane with a cabin and an air intake in the front. 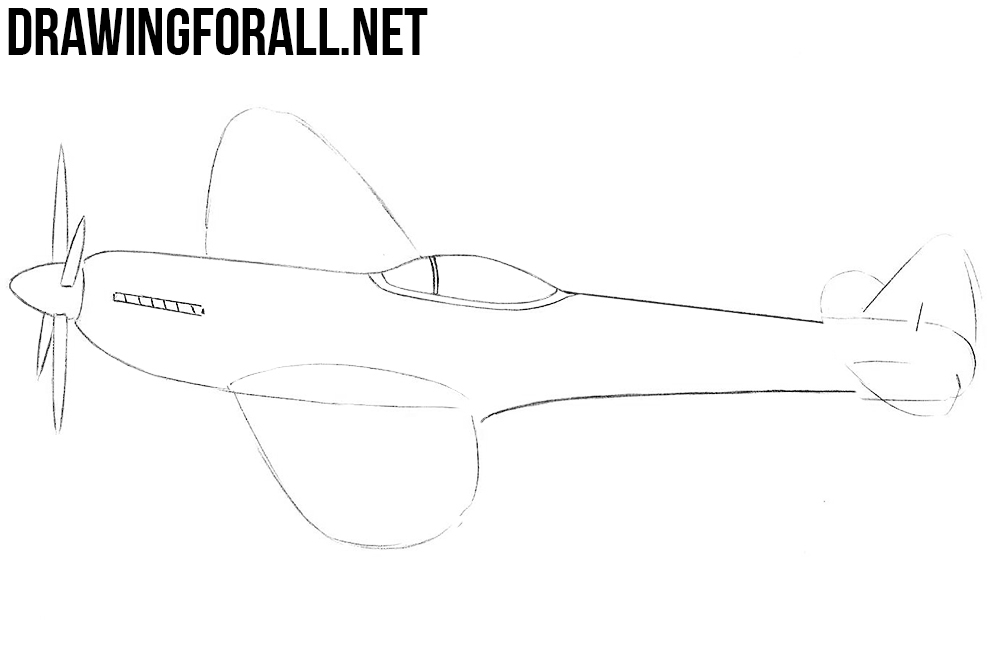 Continuing the lines of the body draw out the tail of the WW2 airplane with the stabilizer wings. 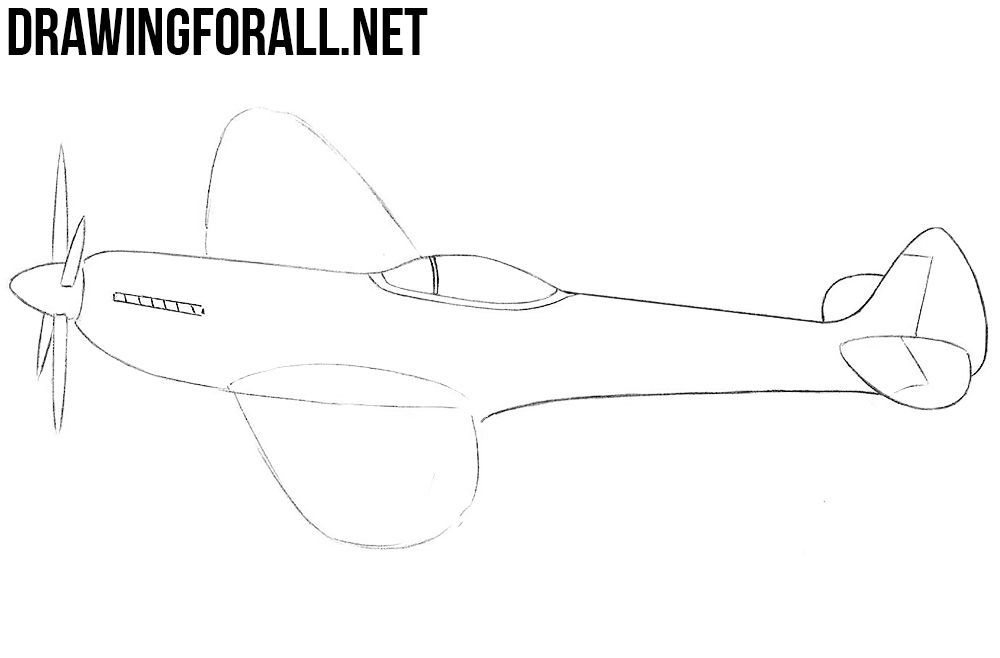 And in the last step of the drawing lesson about how to draw a WW2 plane we draw out the wings with clear and dark lines.

We think that this drawing lesson was much easier than for example lessons about Ferrari or Ford Mustang, the main thing is to know the structure of the aircraft and its its components. The main difficulty is that there are many long lines that are difficult to draw. By the way, we recall that we also have a passenger plane drawing tutorial.