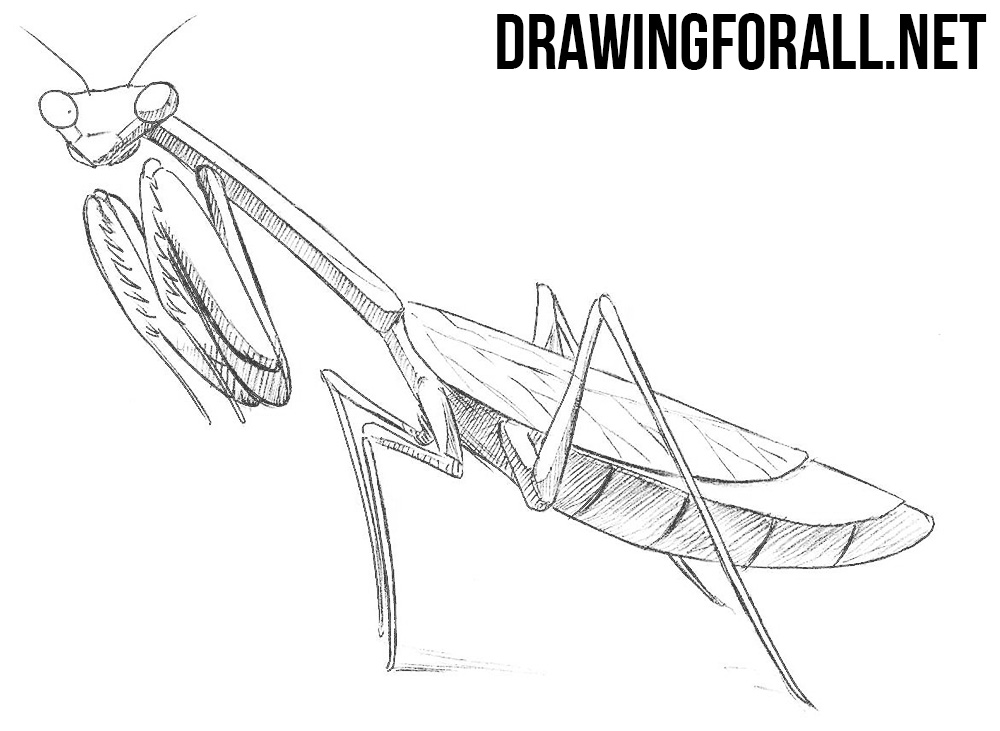 Hello everyone and welcome to drawing tutorial about how to draw a mantis step by step. This rather strange insect became the prototype of not only monsters from fantasy, but also of the whole style in kung fu (Praying Mantis).

So, take the pencils and draw a triangle – the head of the mantis. With the help of elongated geometric figures sketch out the torso of the mantis. 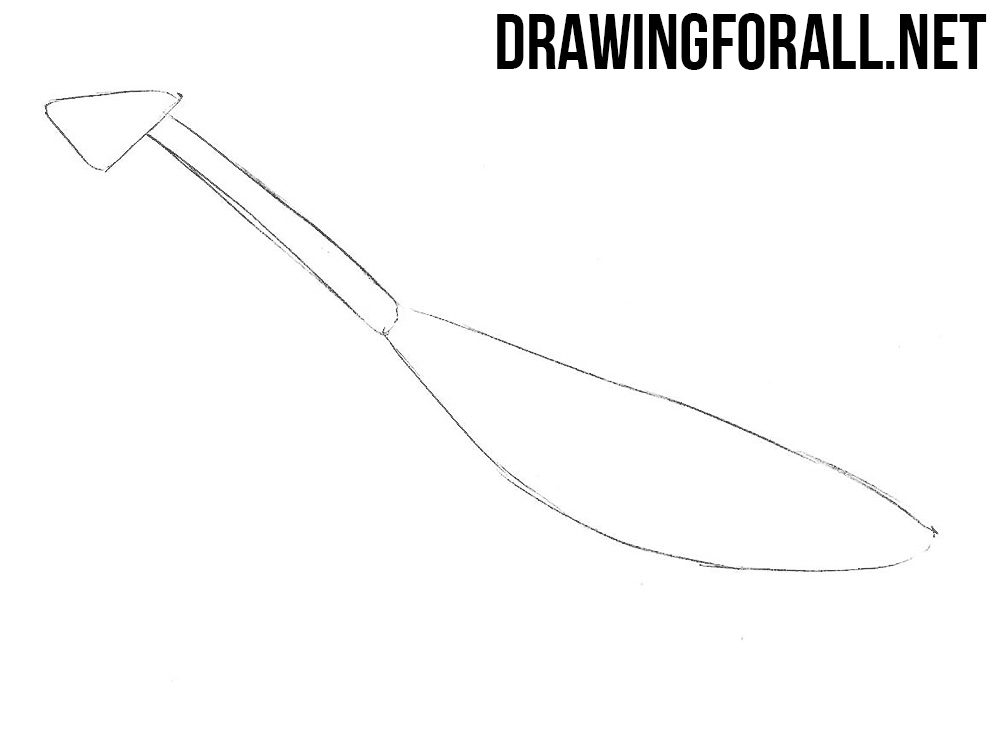 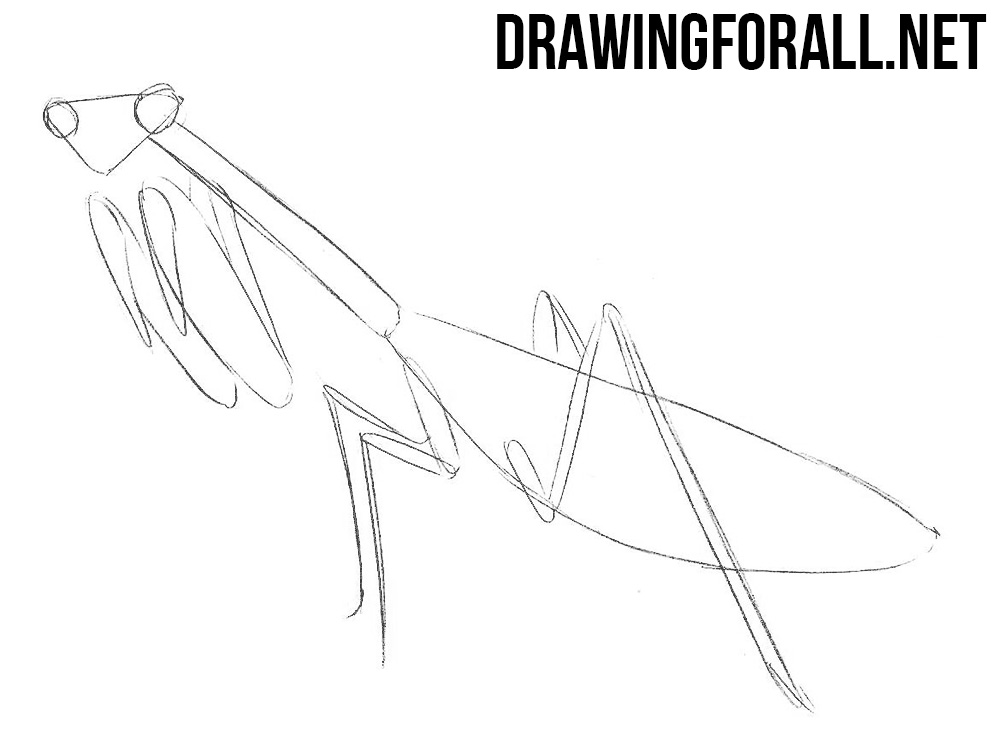 On the head add details such as a antennae and mandibles. Add details on the torso as shown in our example. 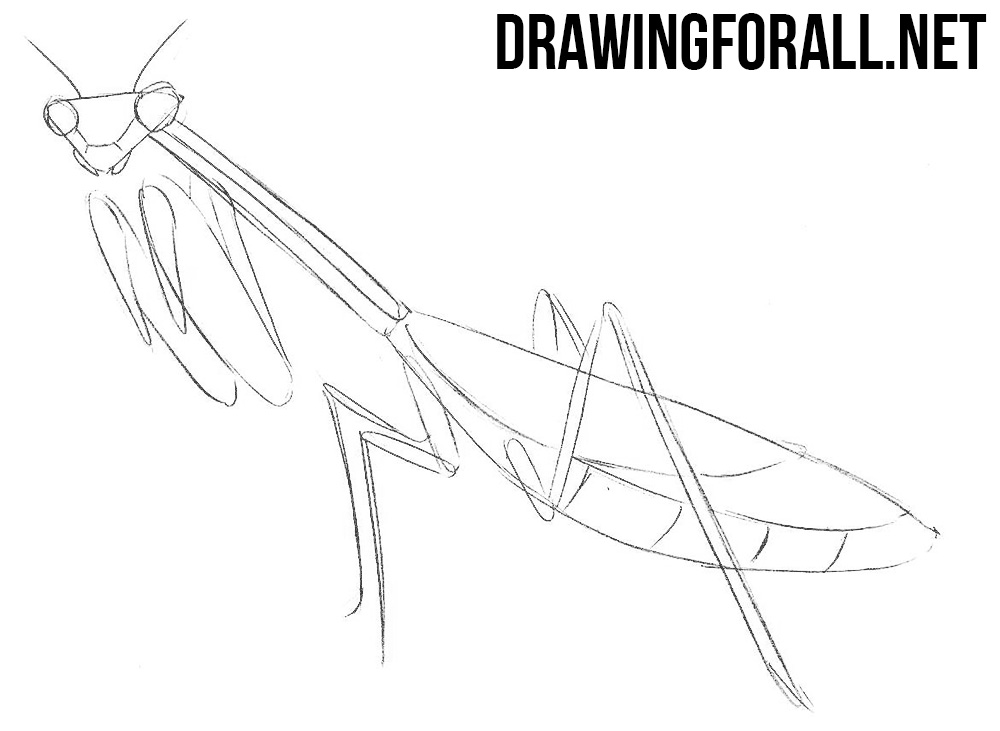 Now remove all unnecessary additional lines from the drawing, circle the drawing, making the outlines clear and smooth. 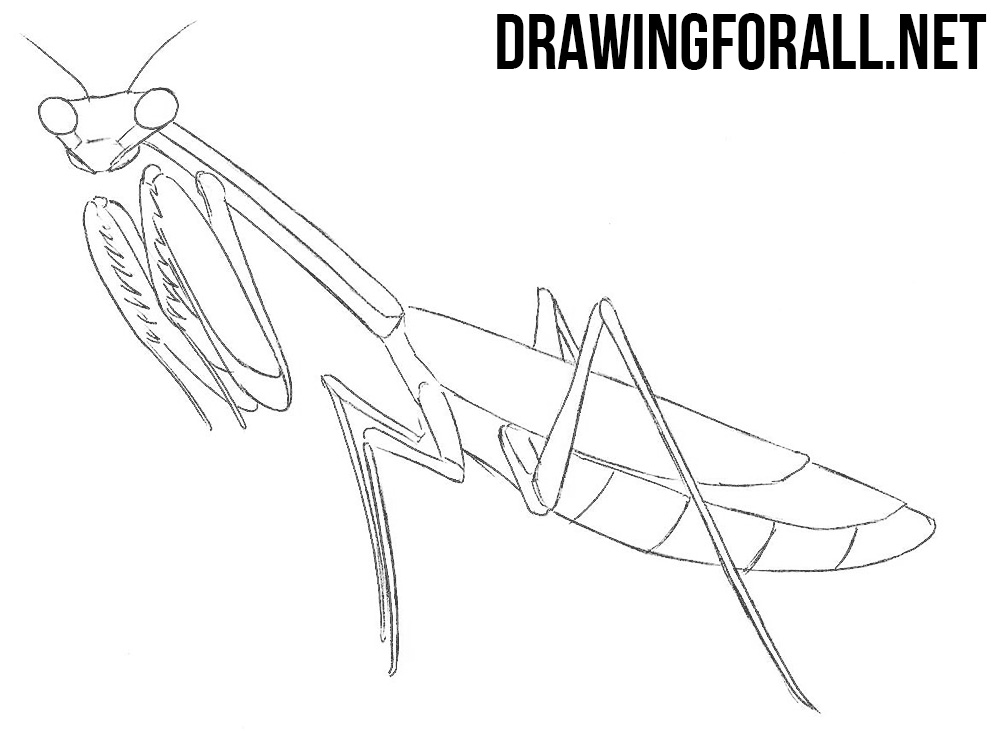 To give some volume to the drawing, we shade some details of the drawing as shown in the example.

Mantis are all the same, and the mantis from the cartoon “Kung Fu Panda” does not differ from the ordinary one. It is an insect with several legs, green, quite unpleasant in appearance. So using this drawing lesson you will be able to learn how to draw a mantis from real life or cartoons.