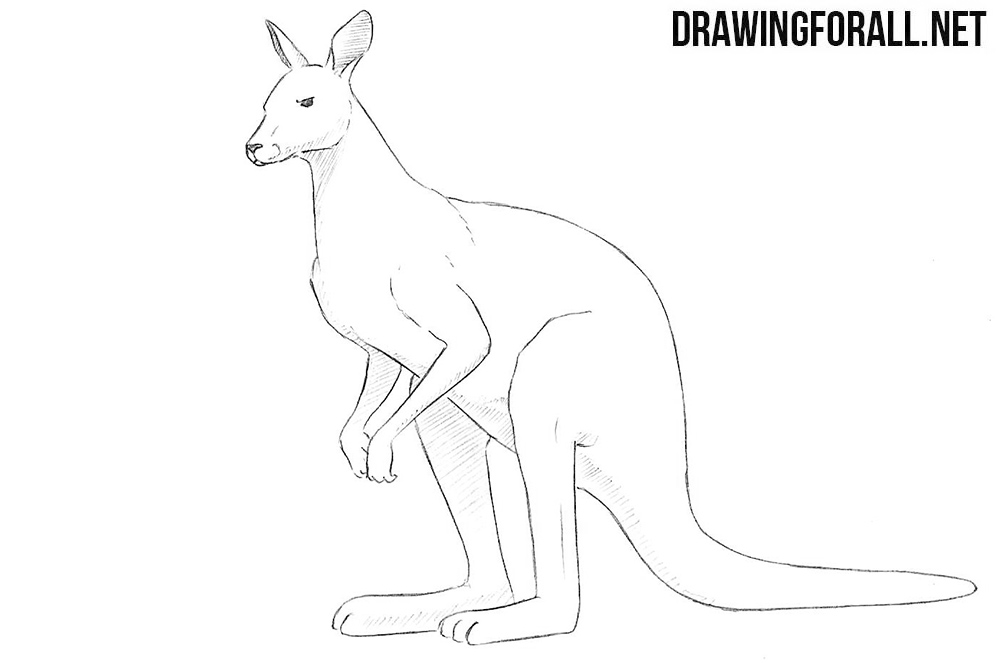 Australia – the birthplace of the strangest and most unusual animals, about most of which we have already created drawing lessons on the pages of our site. For example, we drew a koala and platypus – classical representatives of the strange fauna of Australia. But probably the most famous being from this beautiful country is a kangaroo. So, this is a drawing article about how to draw a kangaroo.

At first draw such a construction. Draw a head, thorax and pelvis in the shapes of circles of the different sizes. With one long and bent line draw the neck, spine and tail. Sketch out the arms and legs with light straight lines. 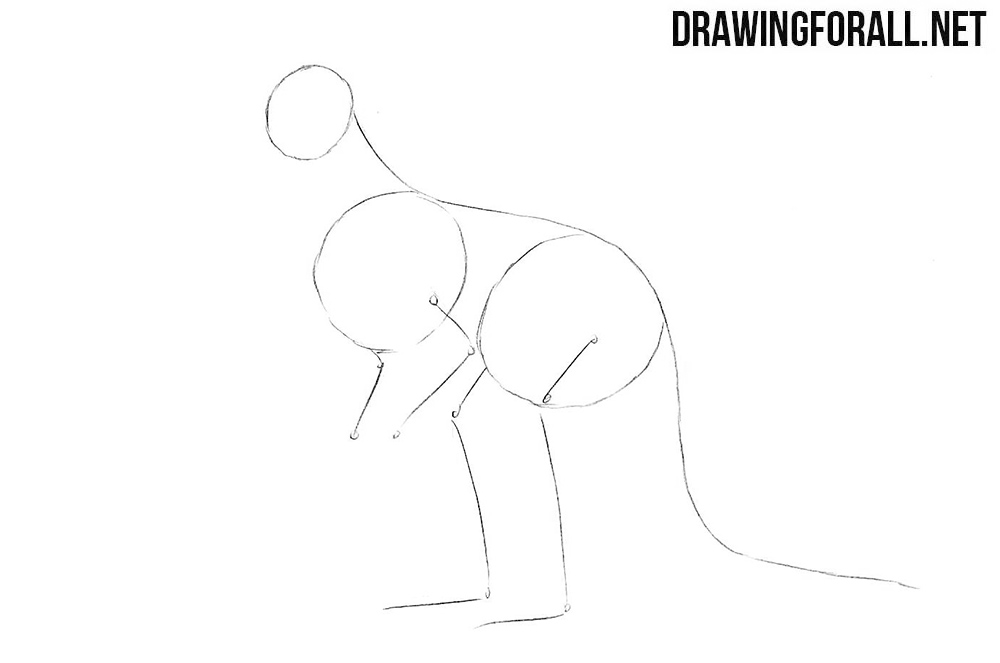 On the head mark the location of the muzzle and the line on which the eyes will be located. Next sketch out the long ears at the top of the head. Then, using smooth lines, we join the circles, forming the neck, torso and tail. In the same step we add some volume to the arms and legs. 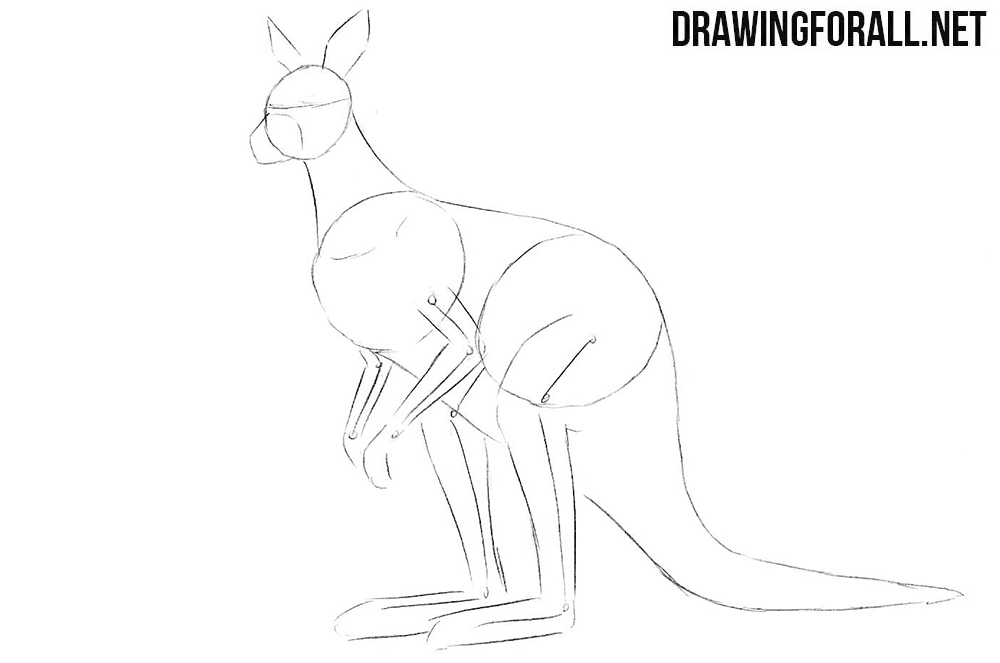 Let’s get down to the details. At this step we want to draw out in details the eyes, nose, mouth and ears of the kangaroo. Draw out the outlines of the head and remove all the guidelines. 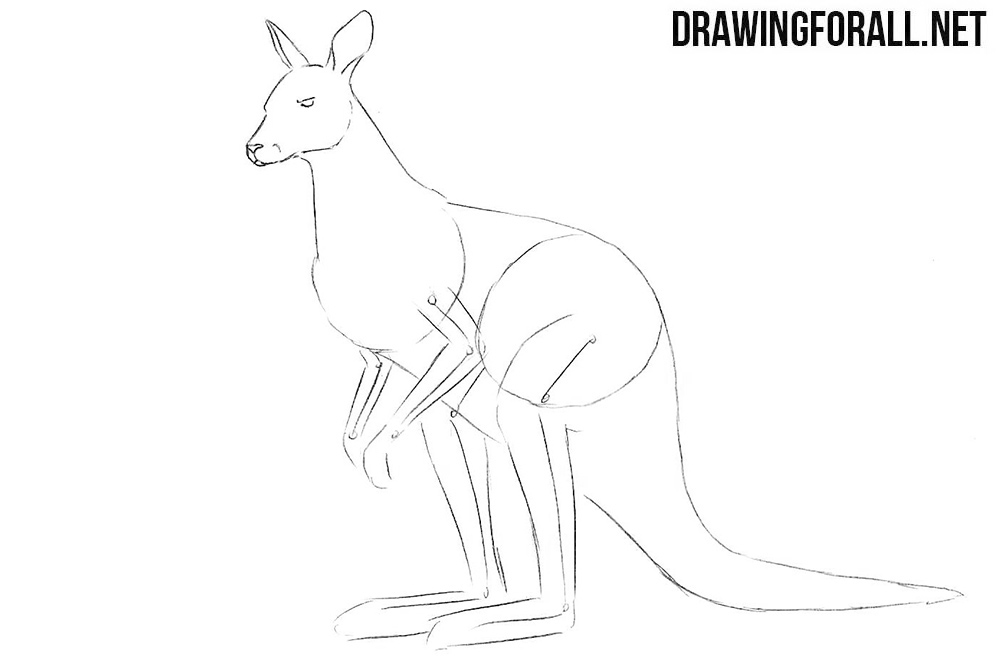 Now let’s work with the details of the upper body of our kangaroo. Circle the neck lines, draw out the arms and chest. Remove the lines that we drew in the first and second steps. 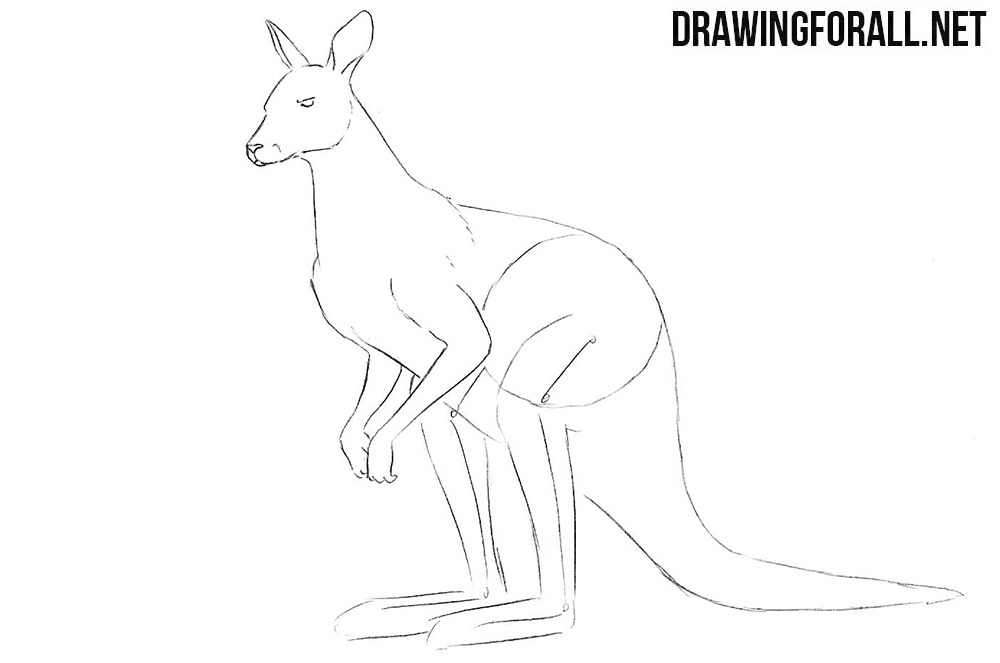 Now we do the same, but with the lower body of our cool kangaroo. That is, draw out the legs and tail with clear and dark lines and erase all the guidelines drawn by us in the first steps. 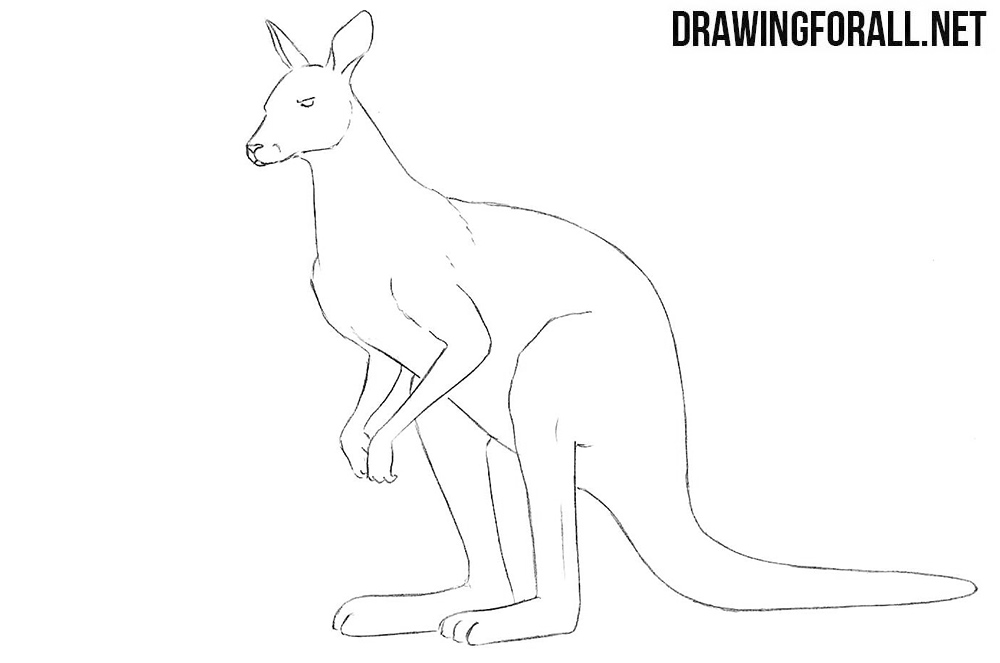 Let’s now paint the eyes black. Next, let’s work with the shadows in our kangaroo drawing, making them by using hatching, which lies in the least illuminated areas.

Drawing lessons about animals on DrawingForAll are pretty complicated, but at the same time useful and interesting. If you did your drawing according to our example, then most likely you now know how to draw a kangaroo as well as we do. In fact, the principles of drawing almost all mammals (including humans) are approximately the same. In this you can be sure looking through other lessons on our website. So, using the principles of drawing that you learned in this lesson, you will be able to draw not only such a strange creature as a kangaroo, but also a large number of other, less strange animals.