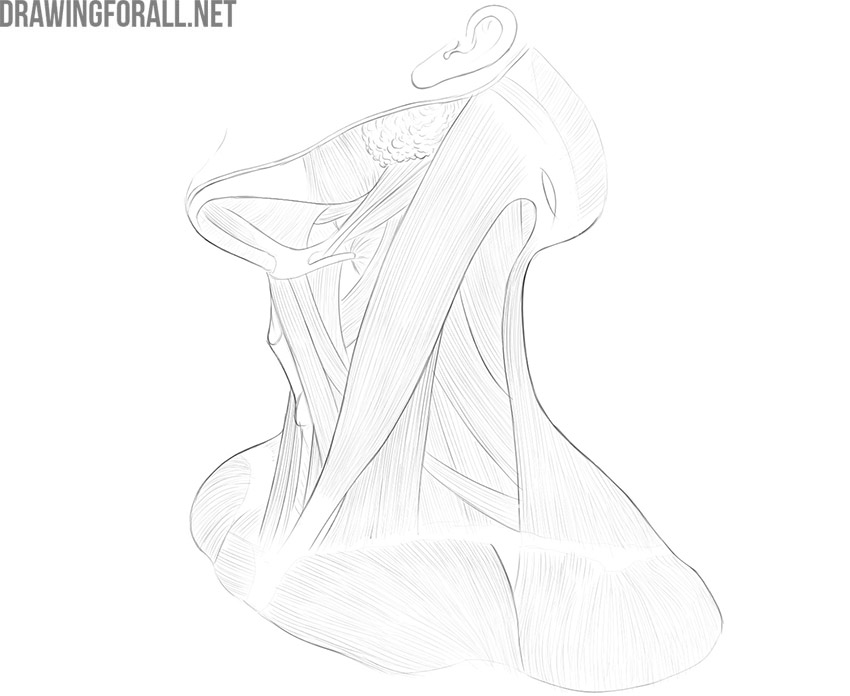 As you know, the neck is the part of the body that sits between the head and torso. The neck has no external bone protective structures, so it is quite mobile. Neck mobility is necessary primarily to rotate the head and keep the head upright. This is a rather important task that is performed not only by the bones but also by the muscles of the neck. We will talk about them.

The neck muscles are divided into three large groups, which correspond to the depth of their location:

For plastic anatomy, the muscles of the neck are of particular importance, which shapes the appearance of this part of the body and is noticeable during contraction. These are, first of all, the superficial muscles and some muscles of the middle layer. In this article, we are going to study these muscles.

The Muscles of the Superficial Layer

The muscle begins from the superficial fascia of the chest slightly below the clavicle. 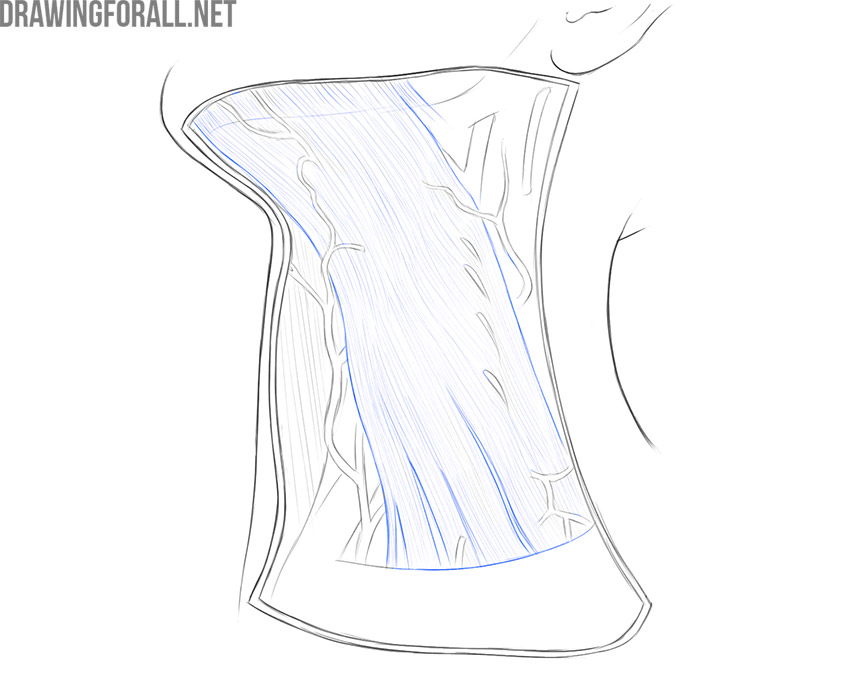 This muscle also belongs to the superficial, although it is very different from the thin and wide subcutaneous muscle. The sternocleidomastoid muscle is a large, rather powerful paired bundle that starts from the sternum and clavicle and attaches to the mastoid process of the skull. This muscle is located directly under the platysma. 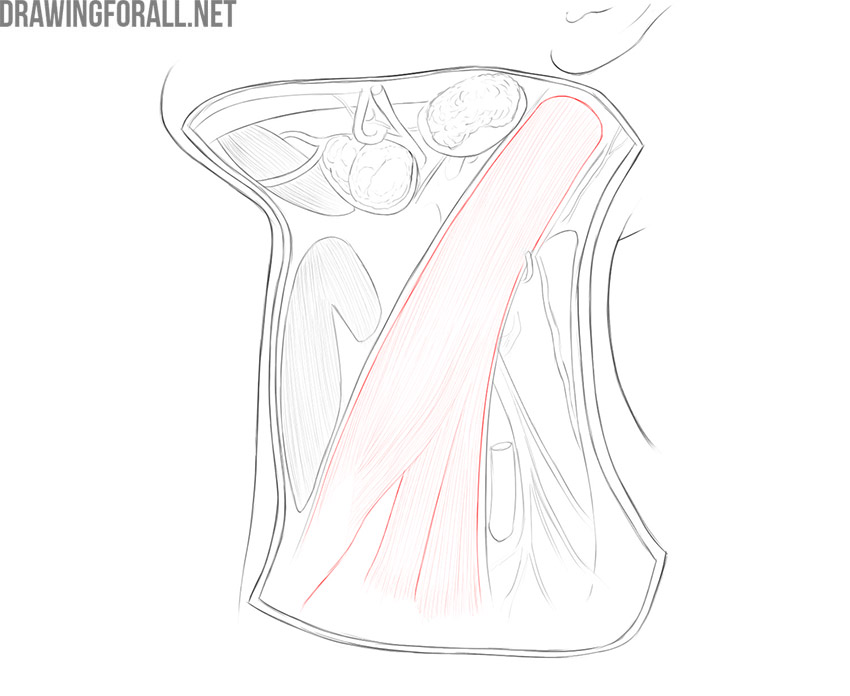 In a person without excess body weight or diseases that deform the contour of the neck, this muscle visible very well through the skin when turning the head.

The Muscles of the Middle Layer

The muscles of the middle layer are also divided into two groups according to their location. The first group is located above the hyoid bone, and the second is below the hyoid bone. We will dwell in detail only on some of the muscles of this group, which are important for plastic anatomy.

It is a rather unusual muscle that looks like an obtuse angle connecting the anterior edge of the mandible and the area between the mastoid and styloid processes of the skull. In fact, it is just two parts, the anterior of which starts from the digastric fossa of the lower jaw, and the second from the mastoid notch. Both parts are attached to the hyoid bone.

Muscles Located Below the Hyoid Bone

We will analyze two muscles that are most important for topography and plastic anatomy.

It is a long muscle fiber that runs from the hyoid bone to the upper edge of the scapula. The omohyoid muscle divides the neck into several areas in the form of triangles. This is a very good reference point for studying other anatomical formations of the neck. 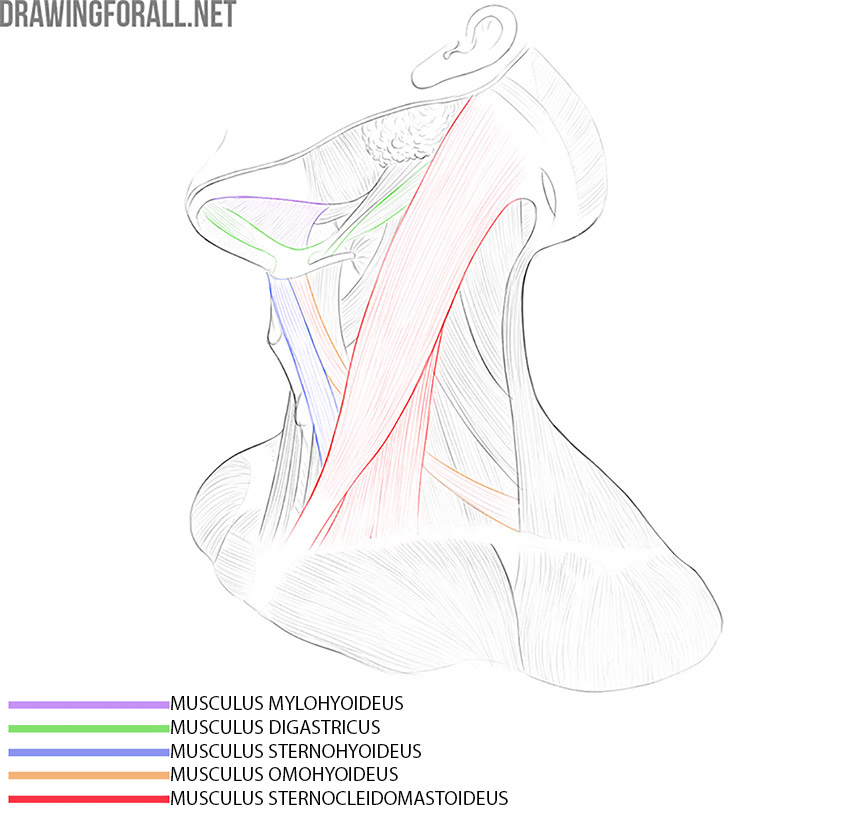 The upper border of the neck is a line drawn from the edge of the lower jaw to the mastoid process, then along the superior nuchal line of the occipital bone to the external occipital protuberance.

The lower border of the neck is drawn from the manubrium of the sternum to the upper edges of the clavicles, then along the acromions to the spinous process of the 7th cervical vertebra. 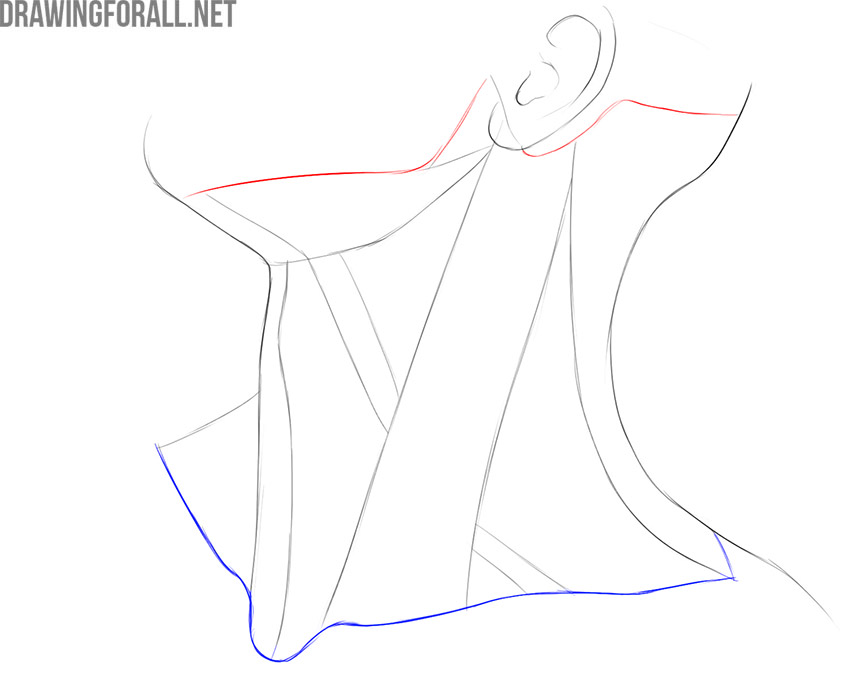 The posterior region is bounded from above by the superior nuchal line of the occiput, from below by a conditional line drawn through the acromions of the scapula and the spinous process of the 7th cervical vertebra, laterally by the lateral edges of the trapezius muscles. The back of the neck is an unpaired area. 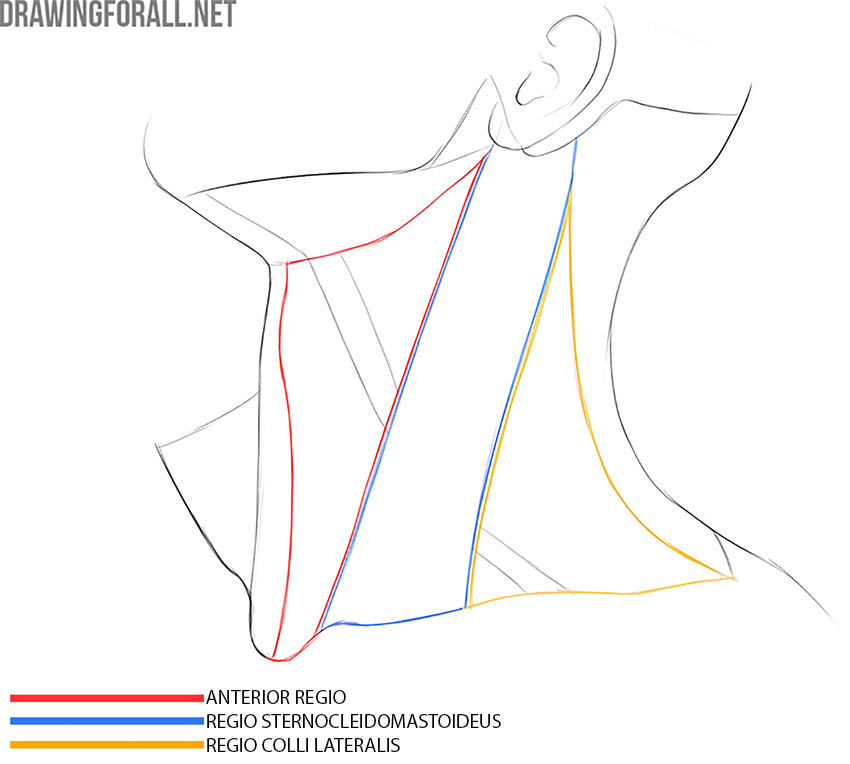 Triangles of the Neck

The submandibular triangle is bounded by both parts of the digastric muscle and the lower edge of the lower jaw.

The anterior triangle of the neck is bounded by the anterior edges of the sternocleidomastoid muscles and the lower edge of the lower jaw.

The omoclavicular triangle is bounded by the clavicle, the omohyoid muscle and the posterior edge of the sternocleidomastoid muscle.

The omotrapezoid triangle is bounded by the trapezius muscle, the sternocleidomastoid muscle, and the omohyoid muscle. 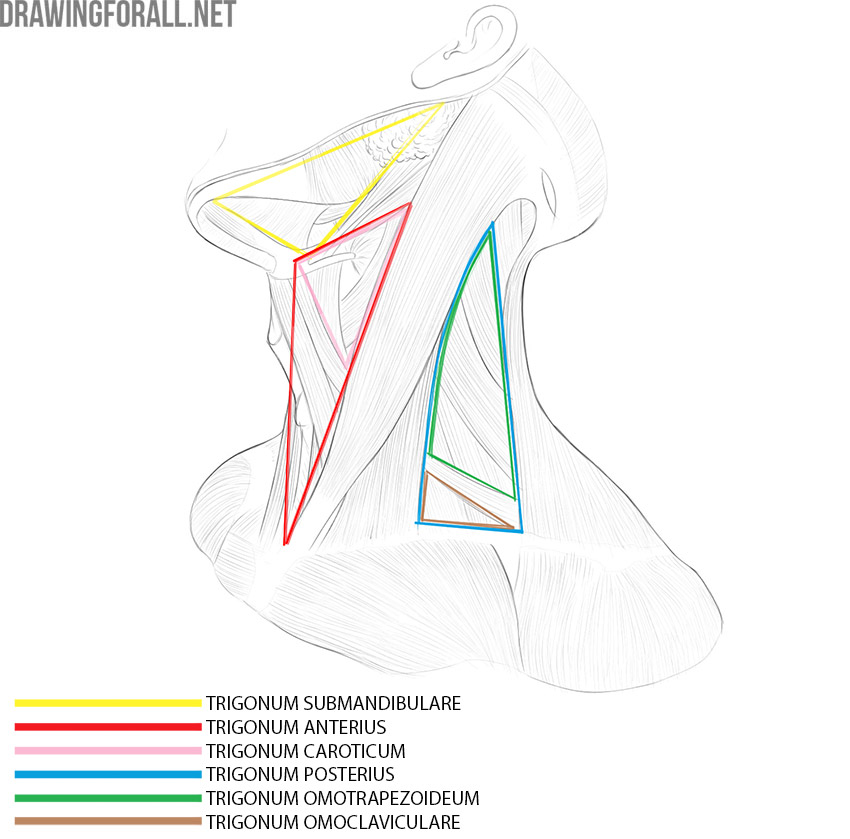