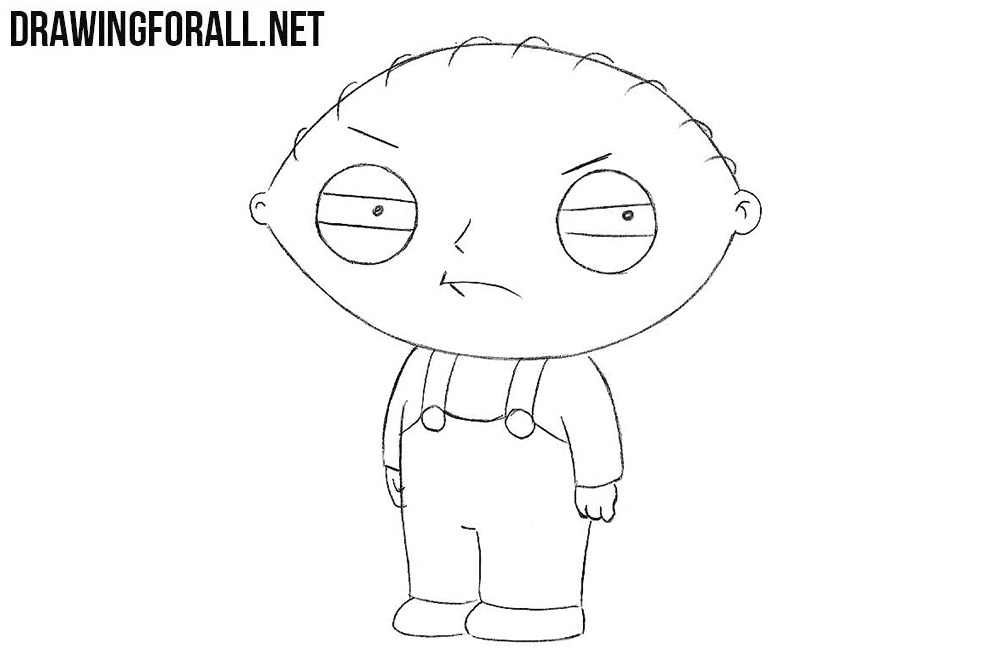 First of all sketch out the outlines the very strange and unusual head of Stewie, similar to a football ball. Next sketch out small ears on the sides of the head. 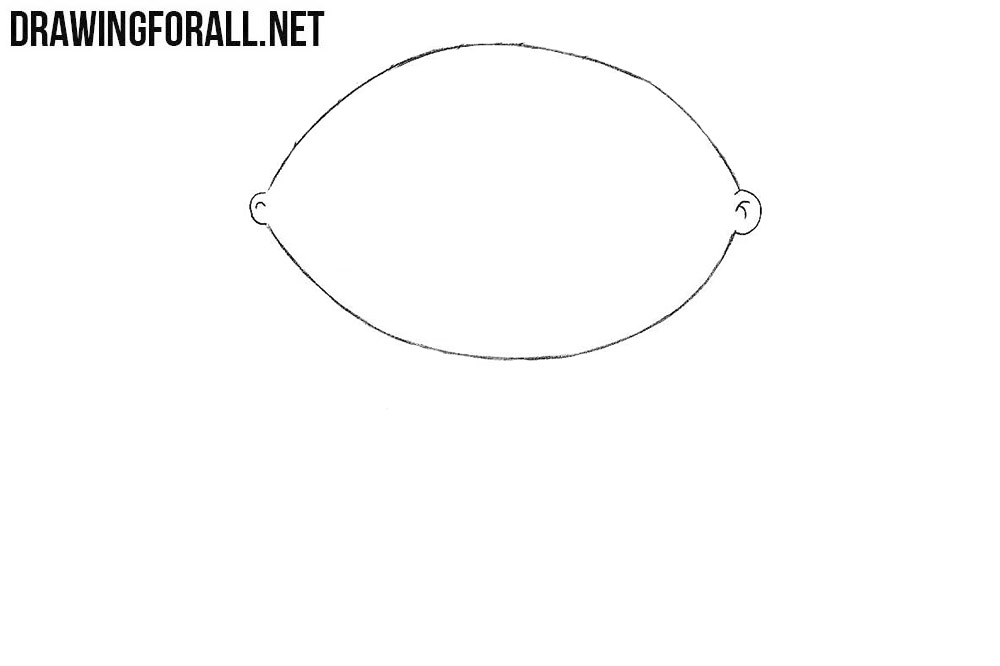 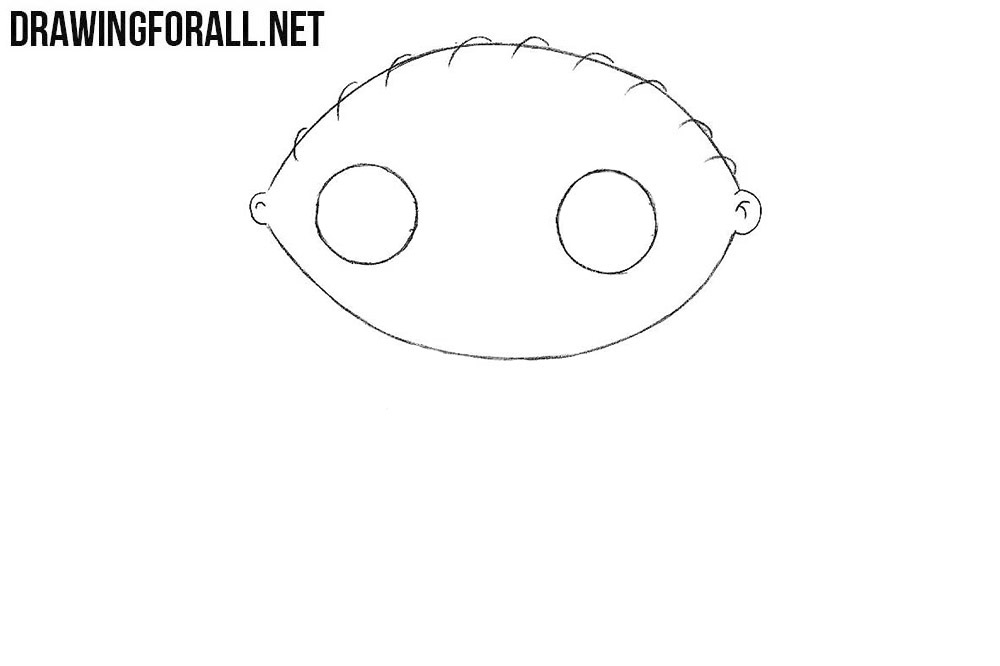 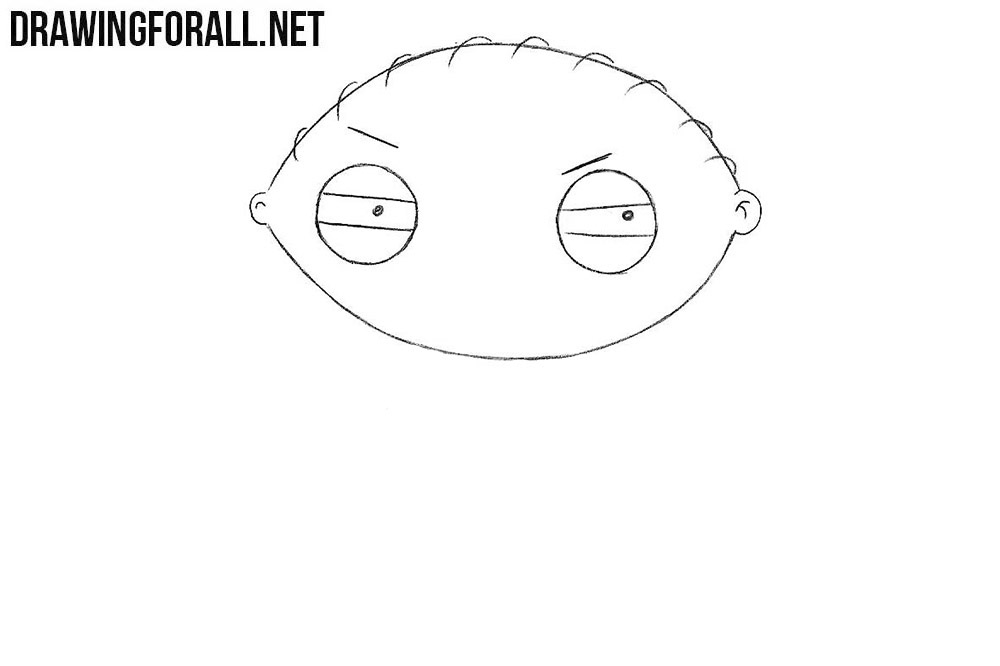 A very simple step in which we draw out a small pointed nose and characteristic mouth of Stewie Griffin.

Another very simple step in which we draw out the outlines of the shoulders and small arms. 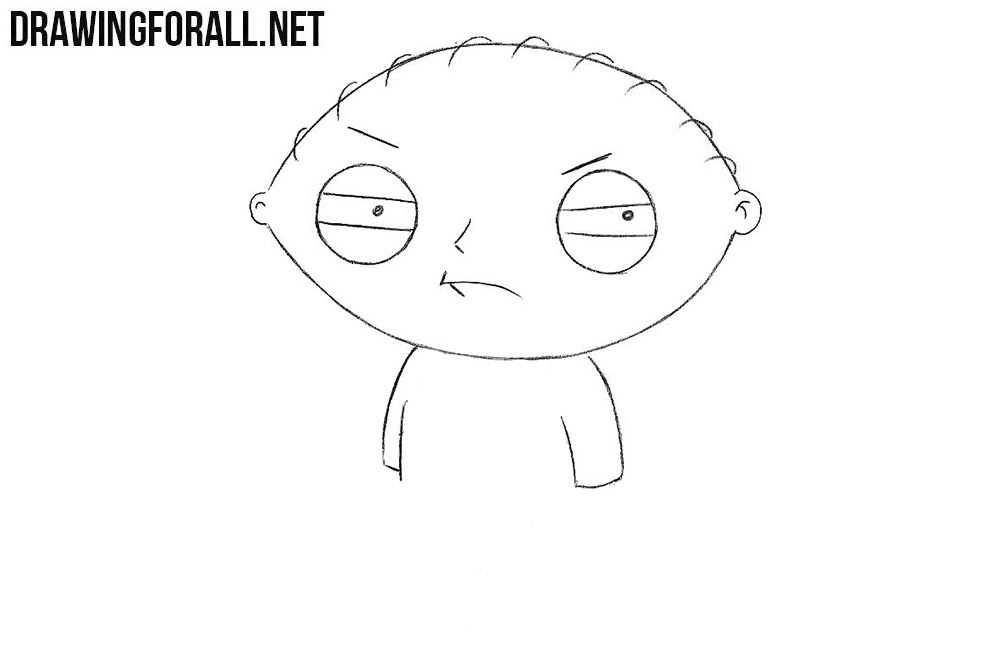 We continue the line of the torso and carefully draw the legs. Then draw the palms and move to the next step. 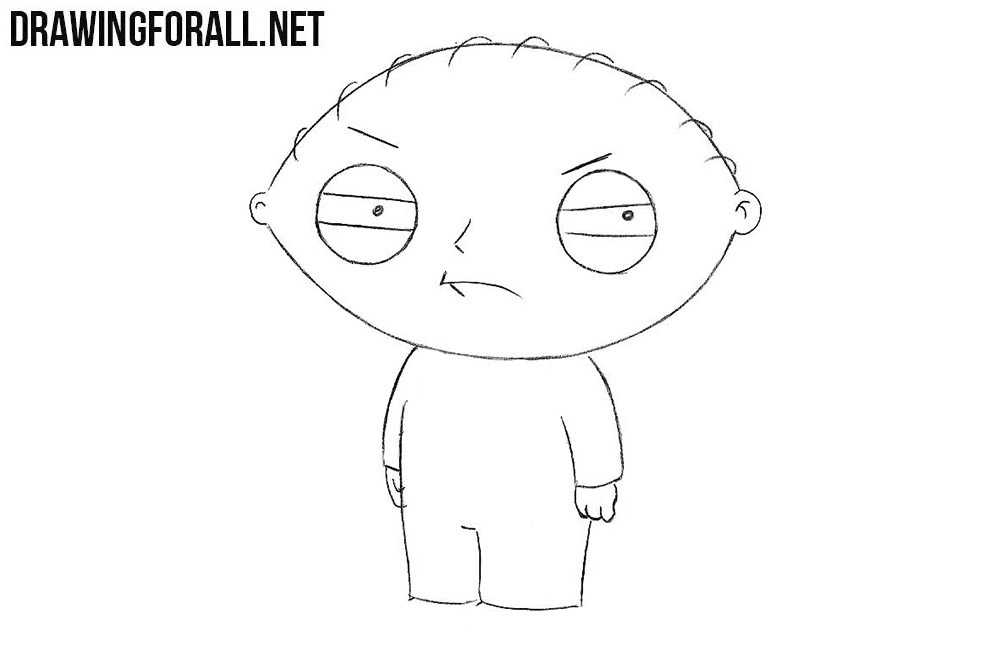 In the last step of the tutorial on how to draw Stewie Griffin we draw the contours of the clothing and shoes.

It was a lesson about one of the most famous and favorite characters from the series Family Guy. In order not to miss new lessons about the characters from this and other animated series, subscribe to us in social networks and visit our site as often as possible (preferably every day).