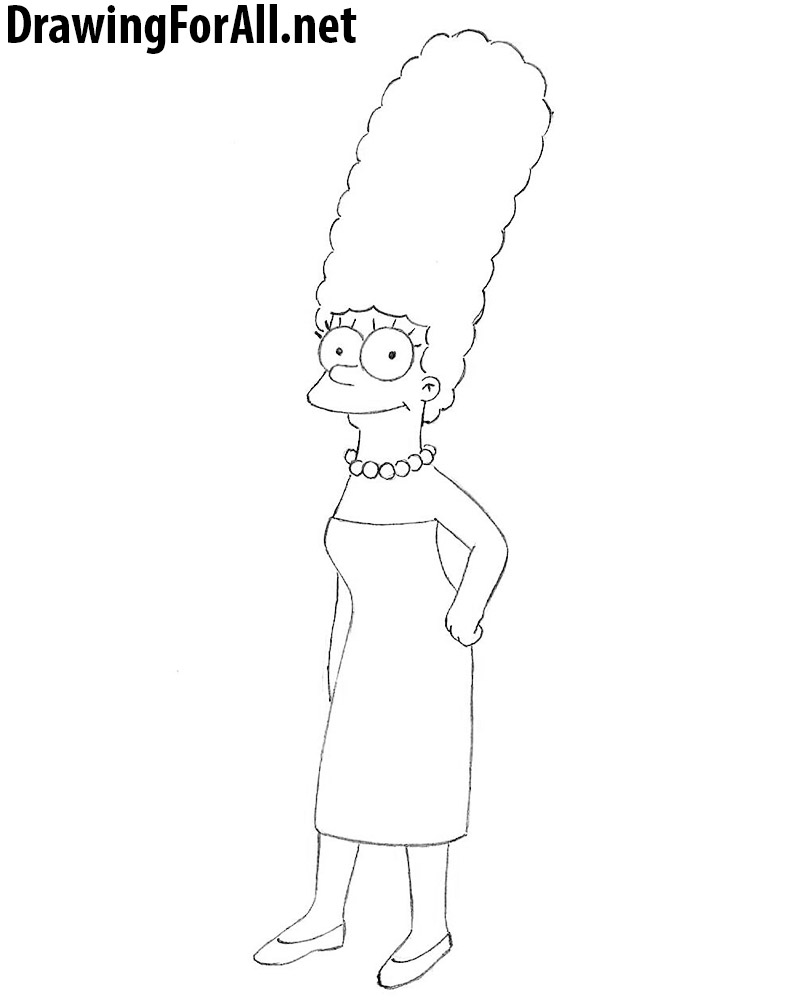 Marge Simpson – this is the theme of today’s drawing tutorial. Until the fateful meeting with Homer Simpson, her name was Marge Bouvier – it was her mother’s maden name of our today’s character.The same surname have sisters of Marge – Patty and Selma. Although, in their case, last name “Bouvier”, apparently, will remain with them for life. So, how to draw Marge Simpson? Proceed to the tutorial, and learn how to do it!

As in other drawing tutorials, dedicated to Simpsons (for example how to draw Maggie Simpson), we start drawing with circles of eyes. The eyes should be in the shape of perfect circles. Then draw the nose as in our example. The first stages in drawing tutorials of all characters from Springfield will be the same. 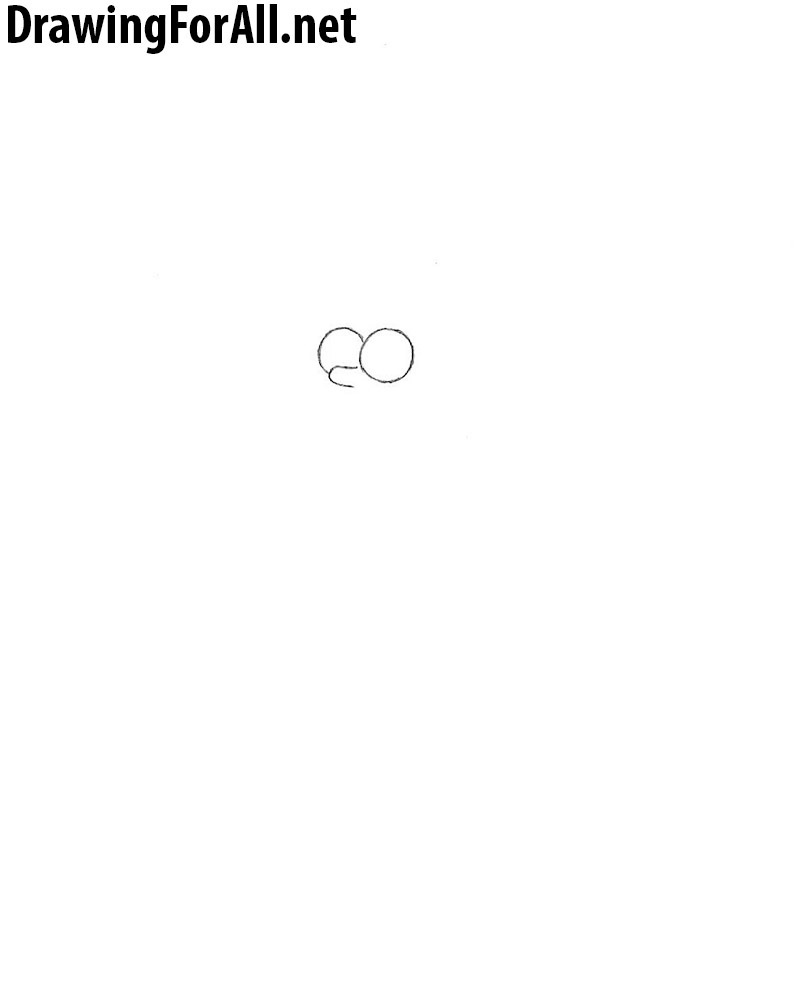 In the second step of this drawing tutorial we outline the contours of the haircut of Marge. Draw it, using wavy line, as in our example. in the same step we draw the ear in the shape of semicircle. Draw the lines inside the ear. 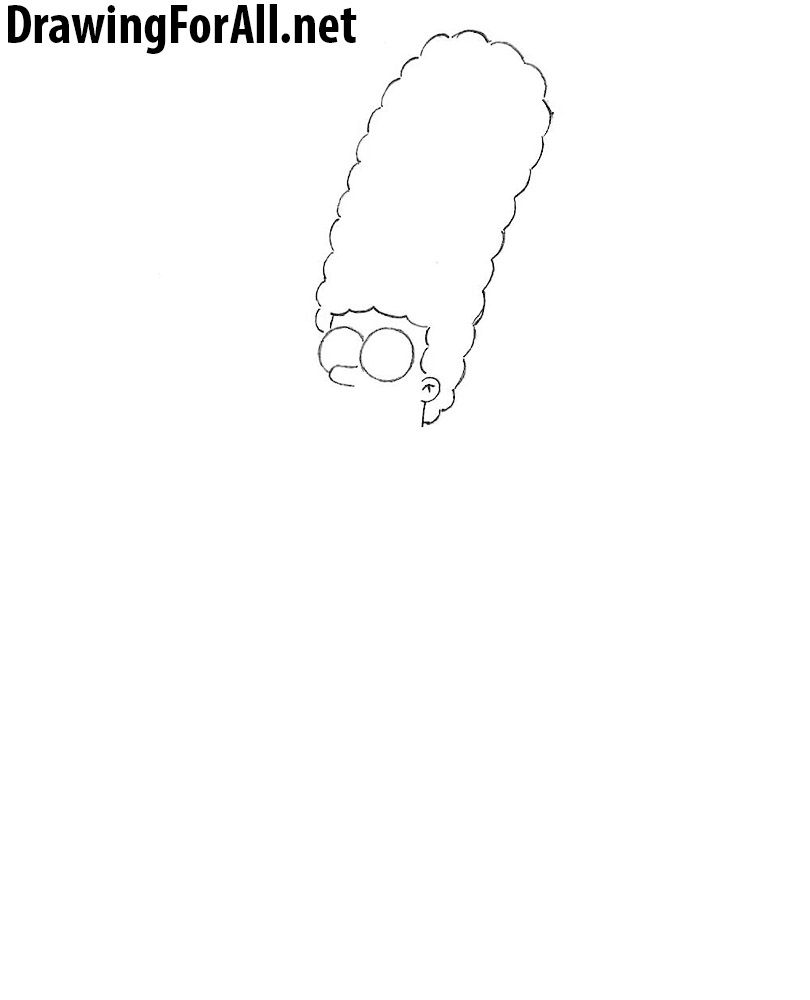 Using simple line draw the mouth, that looks like a sharp corner. Using the line with a small angle draw the lower lip, which moves in the neck and back of the neck, using a straight line. Using two black dots draw the pupils inside the eyes. At the end of this step we draw the eyelashes. 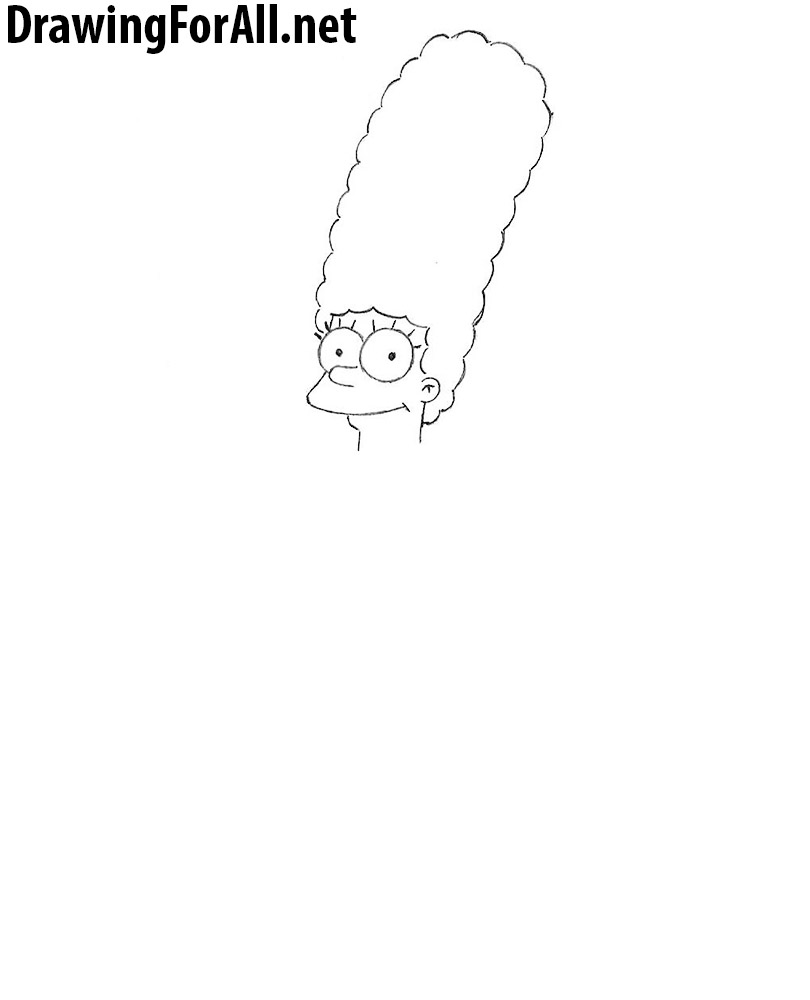 Now we have to draw the torso and left arm of Marge Simpson. But first draw the beads in the form of small circles. Using two curved lines draw the torso. Sketch out the upper line of the dress. Then draw the arm, that looks like a bent cylinder. 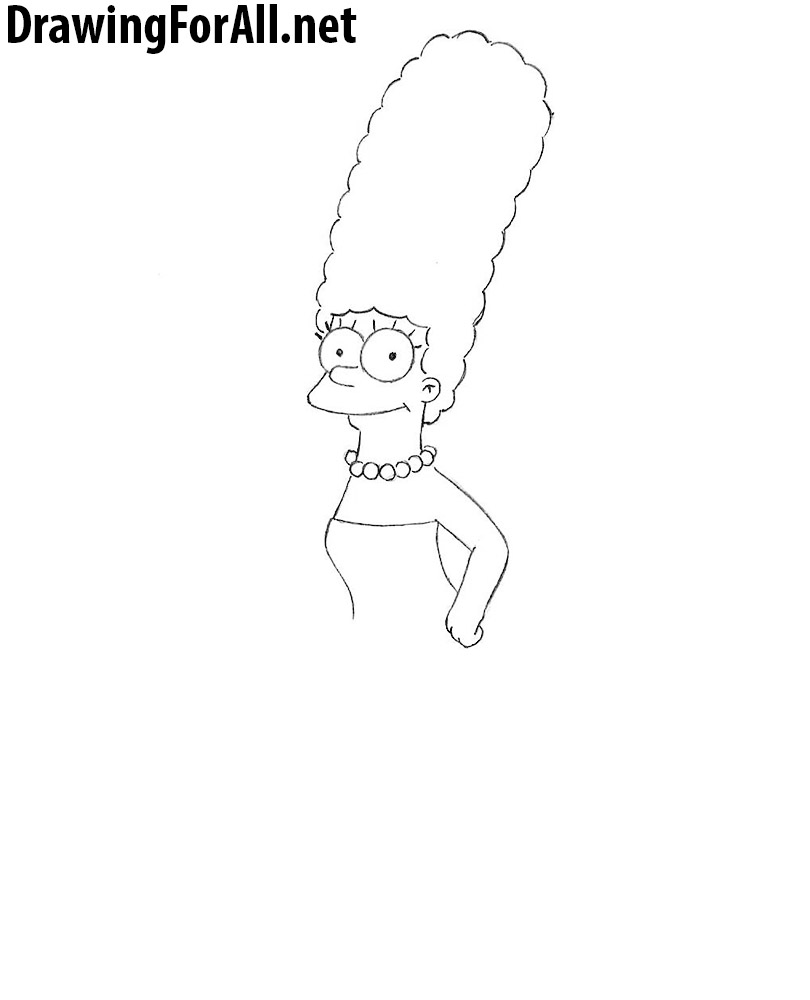 In this short stage of drawing tutorial on how to draw Marge Simpson we will draw her lower torso rather the lower part of the dress. Just extend the two vertical lines down and draw a horizontal bottom line of the dresses. 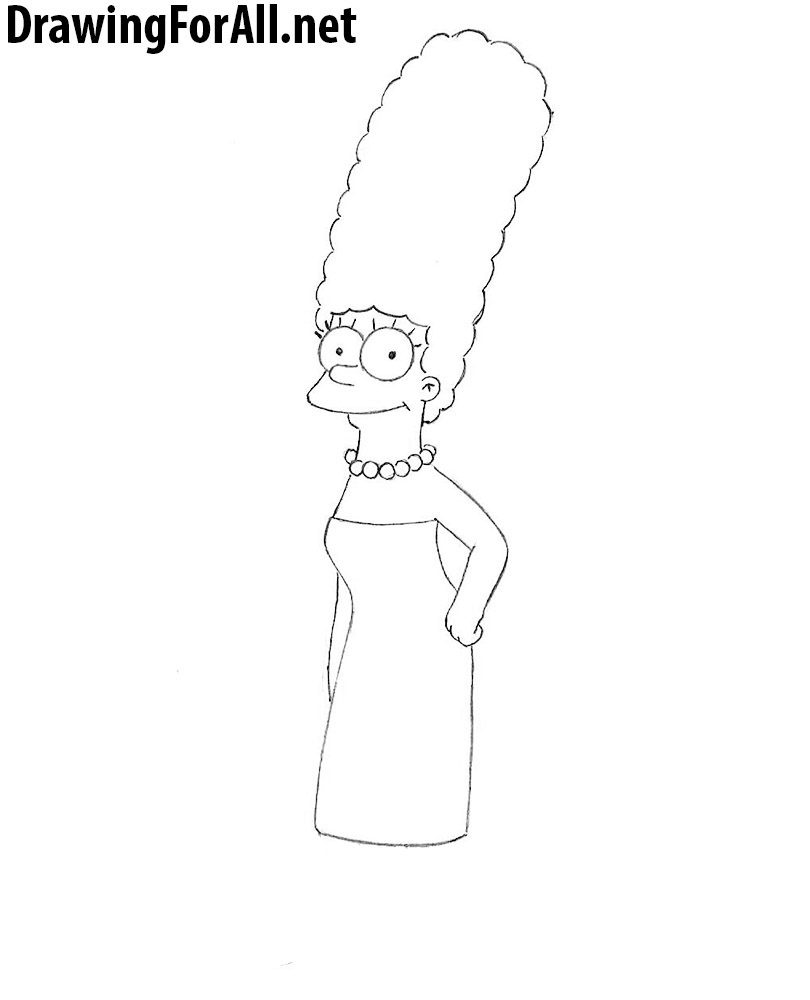 And in the final step of this drawing tutorial we draw the legs of Marge. Draw the lower legs as two slightly tapered cylinders. And in the end draw the feet, dressed in shoes.

I think the lesson was not very difficult, and all of you were able to learn how to draw Marge Simpson. And I also hope that this drawing lesson you liked, if so, do not forget to share it with your friends, and then we will make many more drawing lessons on how to draw the Simpsons.