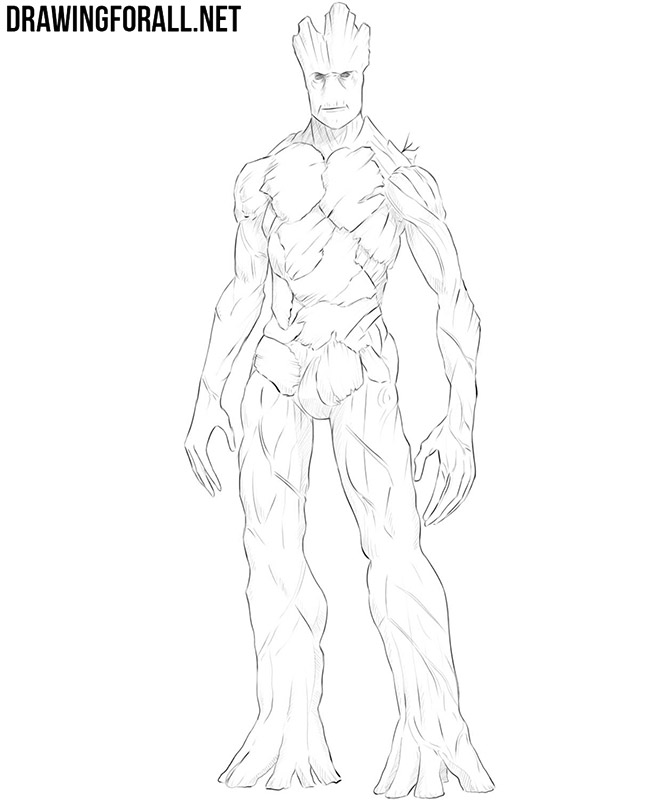 There are many known and unknown comics, as well as comic books that are rapidly gaining immense popularity. And one of the clearest examples of such cases is the comic book about Guardians of the Galaxy. At one time, this comic was not the most famous in the world, but with the release of the eponymous film, it very quickly gained fame. And probably the most beloved and recognizable character from these comic strips has become Groot – a character who is essentially a huge talking tree. So let’s get down to the tutorial on how to draw Groot.

Groot is a very unusual character, because in fact it is a living tree. But despite his unusual nature, the principles of drawing Groot are not very different from the drawing of an ordinary person, especially in the first stages. We outline the traditional stickman consisting of ovals, simple lines and elementary geometric figures. 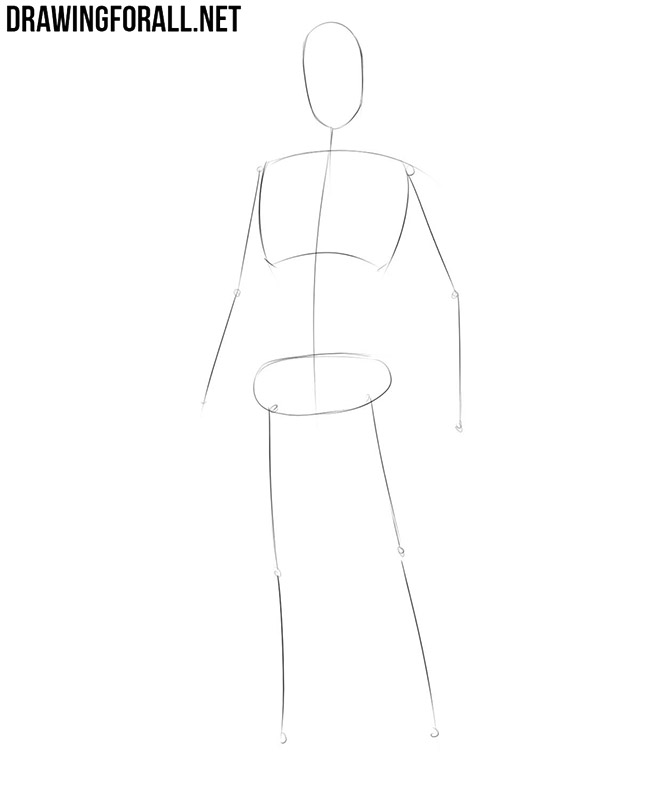 The second step of the lesson on how to draw Groot is also quite ordinary. Here we need to make auxiliary lines for depicting the face. Here we also should draw the neck and torso of our unusual and non-killing superhero. By the way, dear artists, do not forget that you need to use the lightest lines in order not to encounter difficulties in the subsequent steps when adding details. 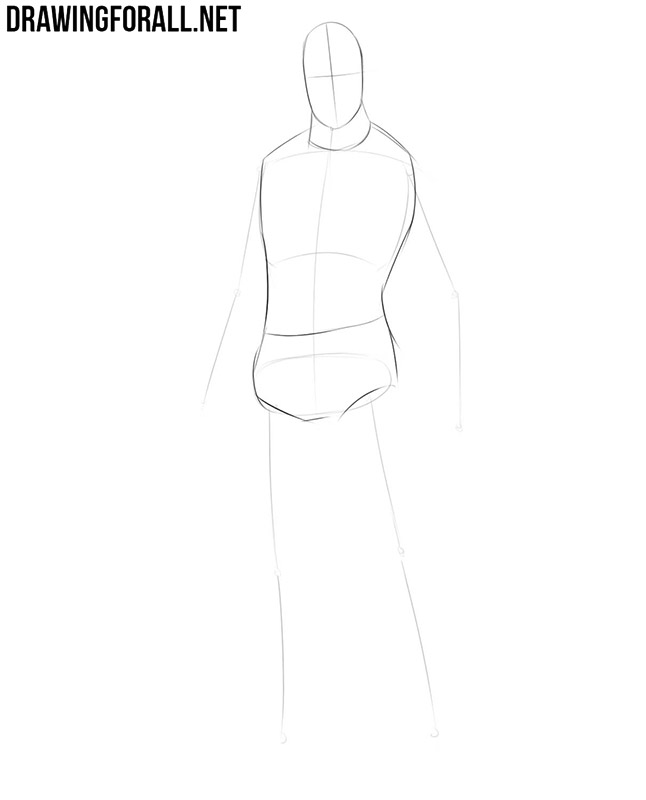 In this step of the lesson about how to draw Groot we can already see the very first differences from the average person. The arms, as you can see, look quite ordinary, and are made with very simple geometric shapes. But the legs have some differences, and to be more precise, Groot does not have normal feet, instead we need to mark the feet that look more like tree roots. 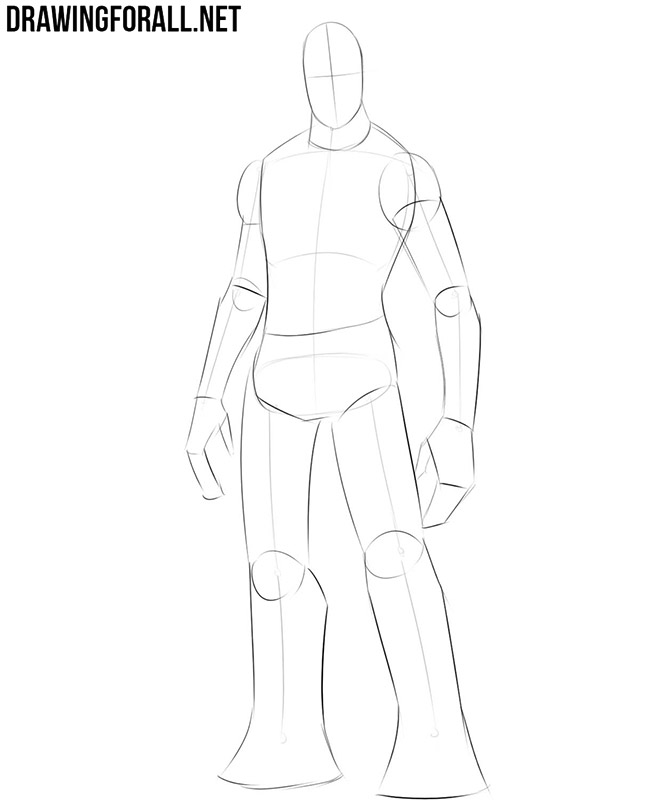 In this stage, we will turn our faceless puppet into something similar to Groot. We begin by sketching eyes and mouth. As you can see, Groot does not have a nose, at least in the usual sense of the word. Next, draw the bark on the upper part of the head. On the body of the superhero draw the outlines of the bark using irregular and slightly tortuous lines. Do not forget about the fingers and roots instead of toes. 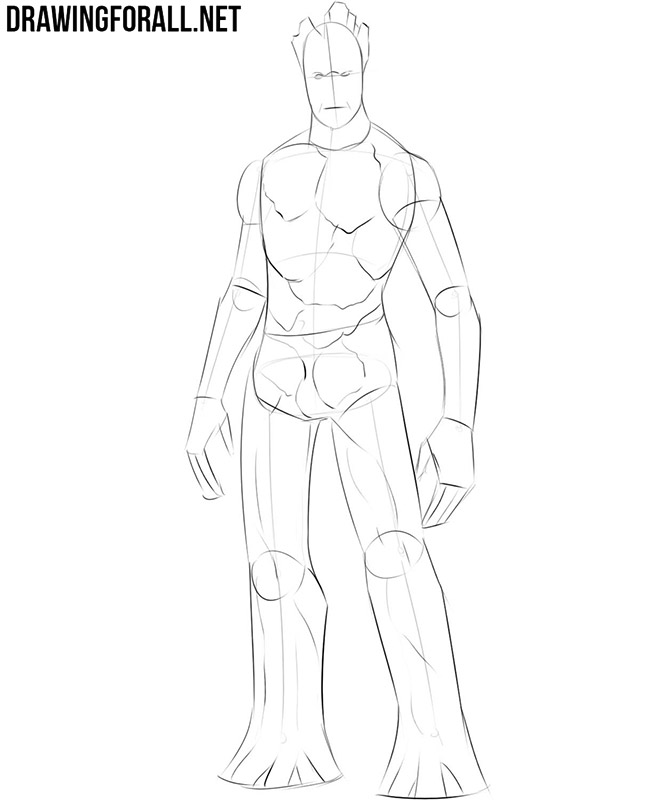 It’s time to work with the final details on our Groot drawing, for which we will use darker lines and eraser to remove unwanted lines. Carefully trace the face details and indicate the wrinkles around the small eyes. Next, trace the outlines of the unusual face and the upper part of the head, which is a rough bark. 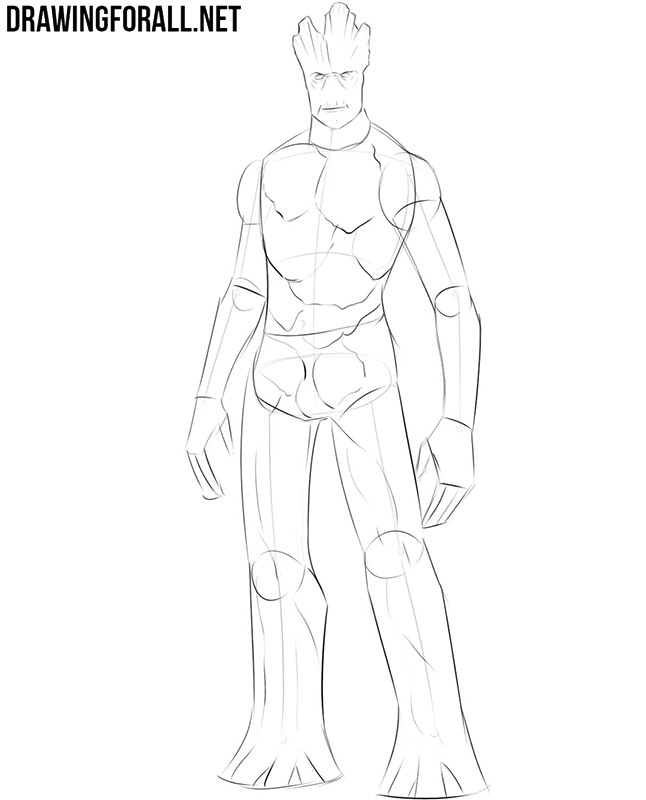 With Groot’s body we will have to do the same actions as with the head – that is, trace it with clean lines and remove the auxiliary lines. Groot’s body is covered with hard bark, which serves as a kind of armor. In the seventh step of the guide on how to draw Groot we need to draw all the lines of the bark armor, which should look quite rough and uneven. 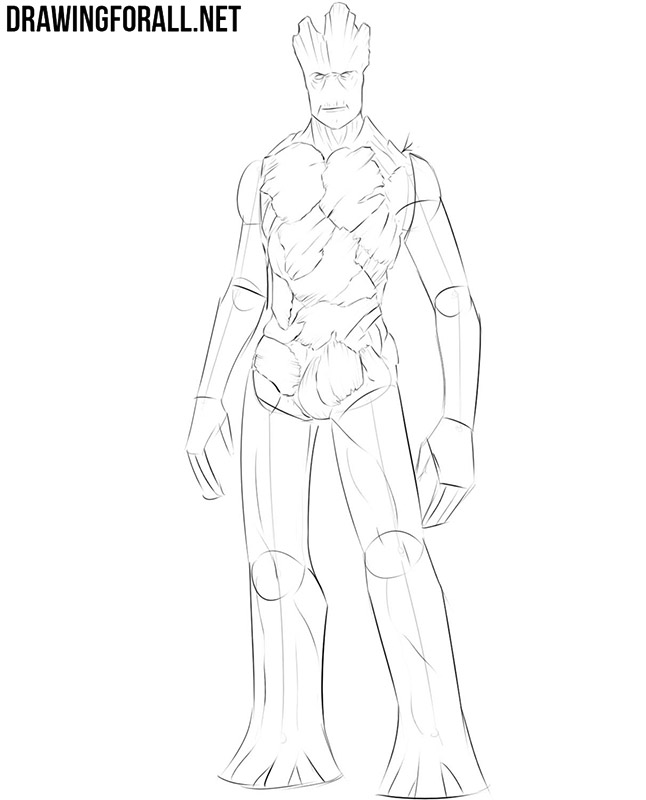 Groot’s arms, like his torso, are covered with wood bark, but on this part of the body we can see more flowing lines that look like tree vines or roots. As in the previous two steps, we need to circle all the lines of the arms and erase the auxiliary lines that we no longer need. 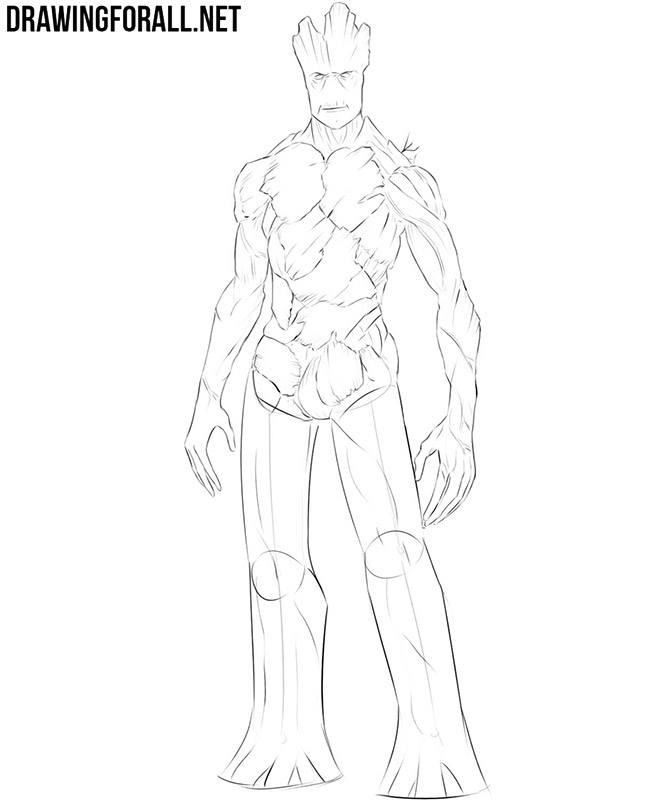 In the ninth step of the instruction on how to draw Groot, we will complete the drawing of his wooden body. Here, as in the eighth step, we need to draw a large number of smooth veins. Also draw out the lower parts of the legs that look like roots. 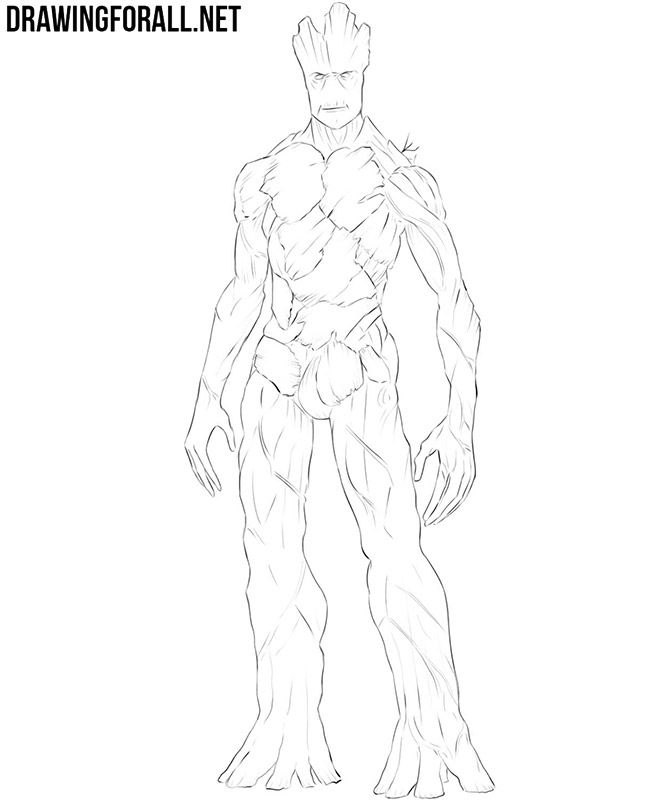 The tenth step will be devoted to the final touches. We need to make Groot drawing more voluminous and natural, for which we will draw shadows. Here we decided to draw more realistic shadows, but you can draw shadows in comic style that look like contrasting and dark areas of shadows.

We think that there are no indifferent people left to that turn from the Guardians of the Galaxy, where big Groot has turned into a small and cute Groot tree. And in the appearance of this movie, of course, the primary role was played by the artists who created this character in the comic book pages. And we hope that now you will be able to draw Groot no worse than the artists of the comic book Guardians of the Galaxy themselves.