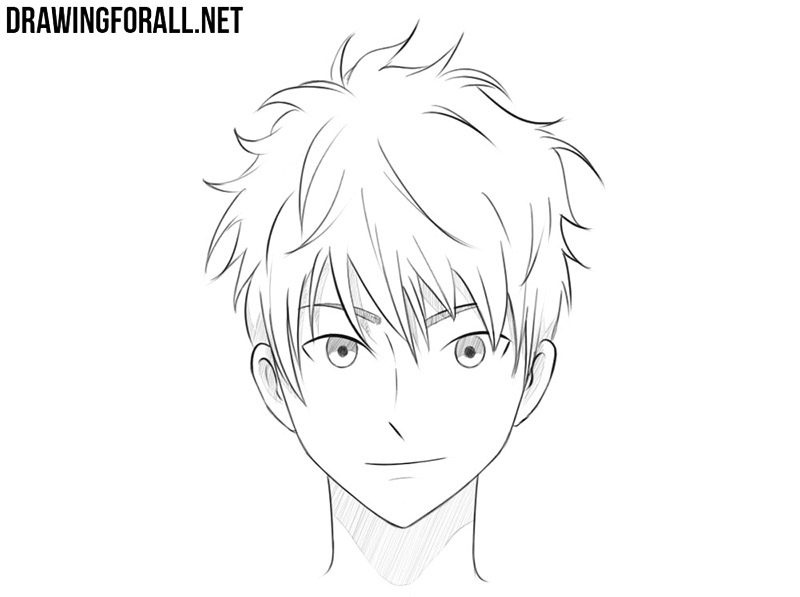 We decided to create another anime drawing lesson. We pay so much attention to the correct construction of the face and head because in the style of anime it is one of the most important things. So let’s start a guide on how to draw an anime head.

First of all we start to draw face contours. This is a very important stage because the deformed facial contour can spoil the whole drawing. The contour of the face looks like an inverted egg with a pointed lower end. 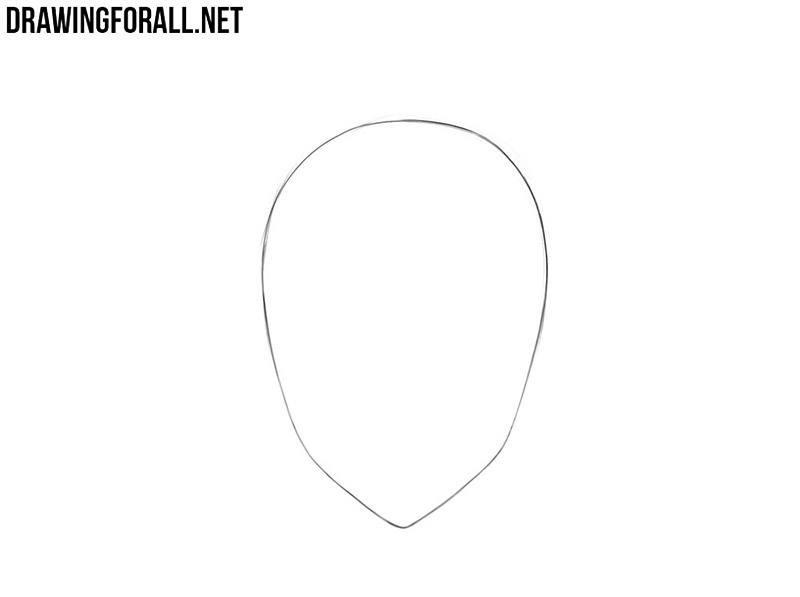 Let’s use regular straight lines to make landmarks for drawing facial features. In fact, the eyes are the most important part of drawing anime. Therefore, in this step you should be especially careful. The transverse line should also divide the face into two halves. Draw another transverse line well below the first line.

At the end of the step we draw a thin, elegant neck. 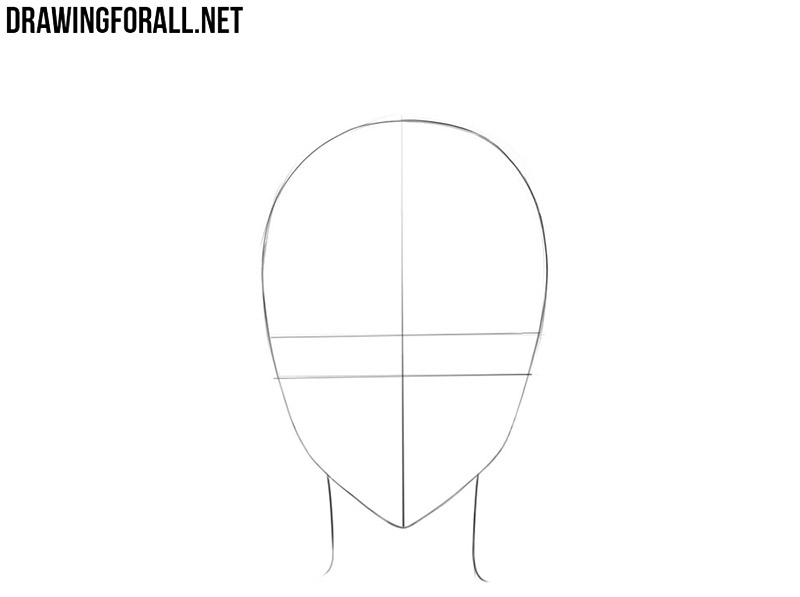 We draw large almond-shaped eyes. You may notice that in our example the bottom contour is missing. If it will be easier for you, you can draw the entire outlines of the eyes and then erase the bottom edge.

Also in this step, we will draw eyebrows that narrow in the lateral direction. 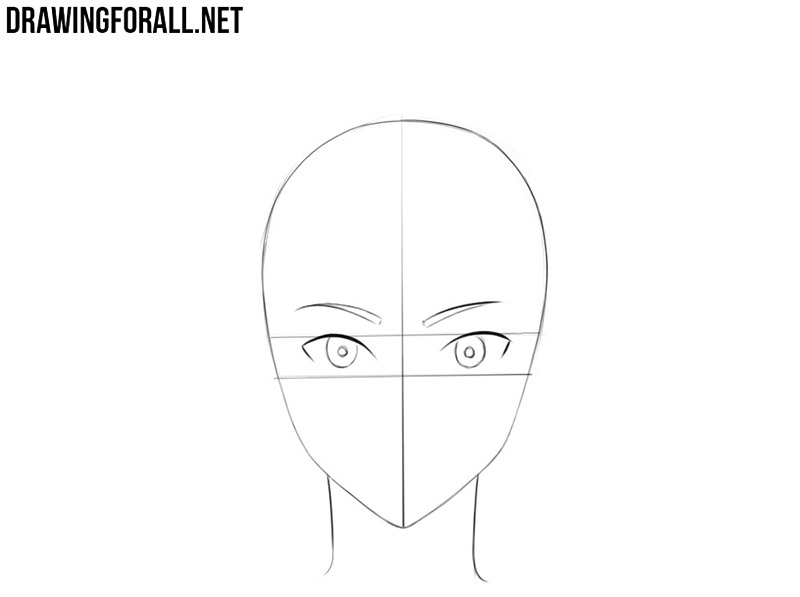 Only after you have checked the previous step and made sure that everything is drawn correctly you can move on. 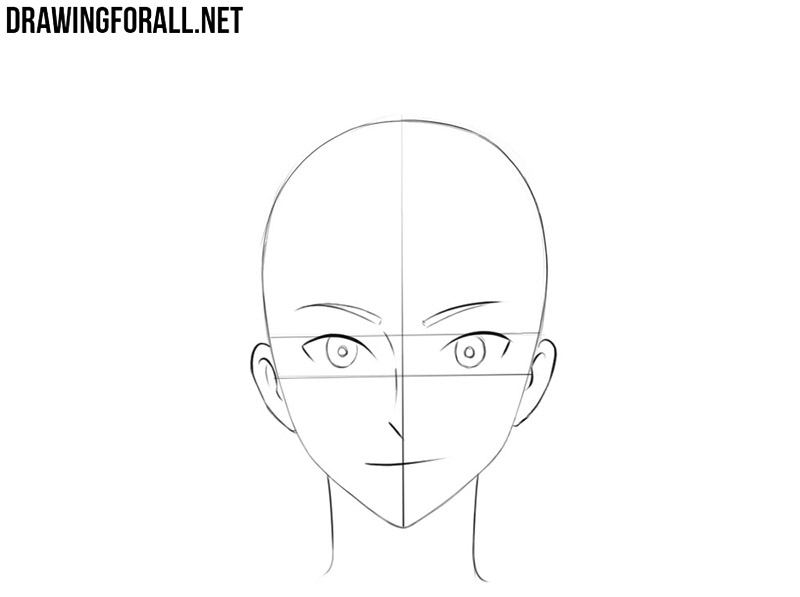 So we continue the drawing tutorial on how to draw an anime head. And now we draw contours hairstyles. As with everything else except the eyes, we do not need a large amount of detail in this action. In this step, we denote the outlines of our anime guy’s hair with short wavy lines. 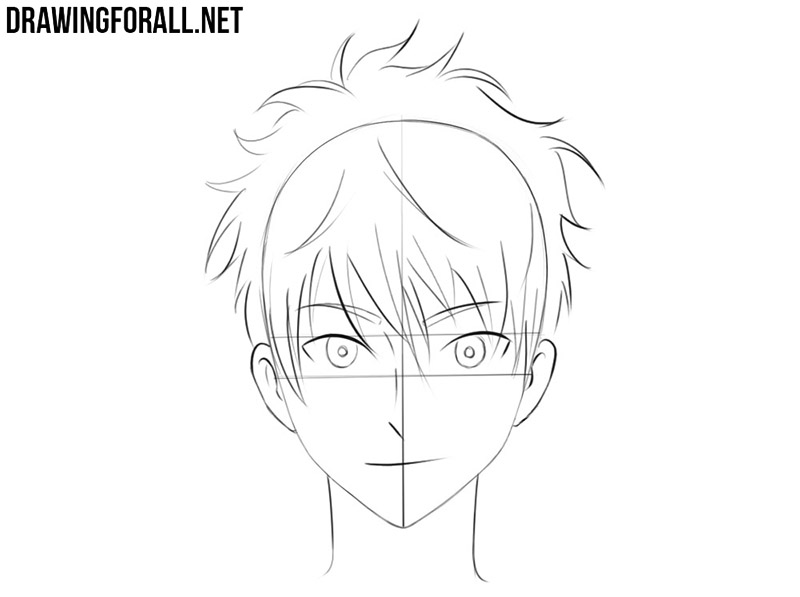 We erase all the extra lines from the portrait of our anime boy. We clean the entire picture. Erase the lower edges of the eyes if you have not made it a few steps back. 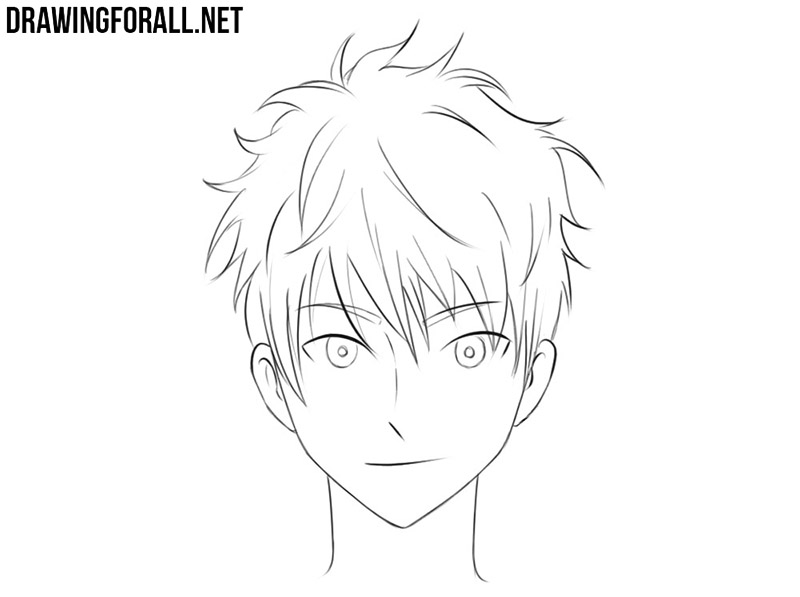 First of all, paint the pupils with hatching, leaving a little glare in the lower half of each eye. After that, using the hatching, add shadows as shown in our example lower. You can add another layer of hatching to make the shadows thicker.

It was pretty hard, right? In fact, it was very important to focus all attention on the shape of the face and on the eyes. These two things are the key to success in drawing anime. And this applies to drawing any character, regardless of age and gender.
So we hope you got a very pretty portrait. Do not forget to write to us if you have any difficulties in drawing!