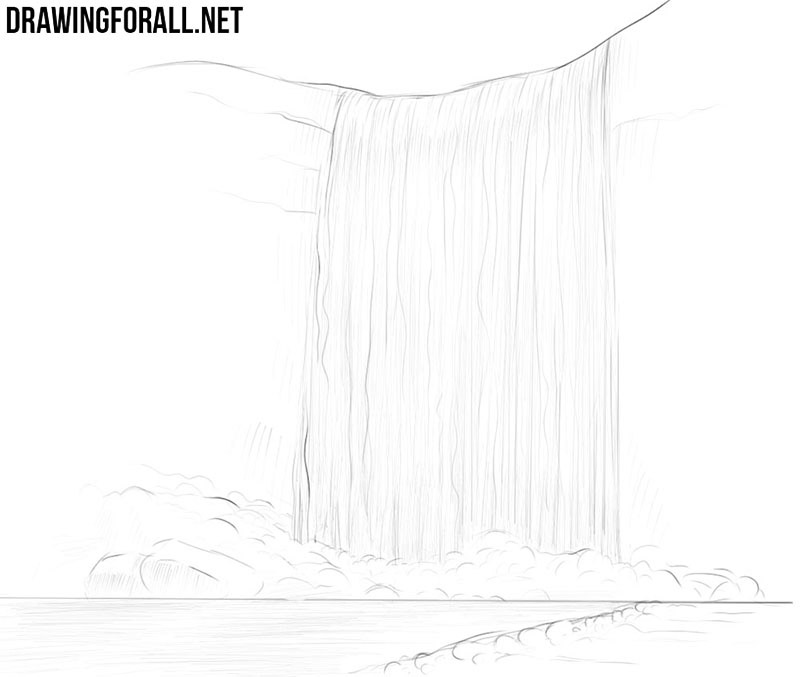 Let’s begin depicting a waterfall with two simple lines. First, sketch a straight horizon line at the lower part. After that depict a rough and uneven line of the upper part of the waterfall, as the artists of Drawingforall.net showed in the example below. 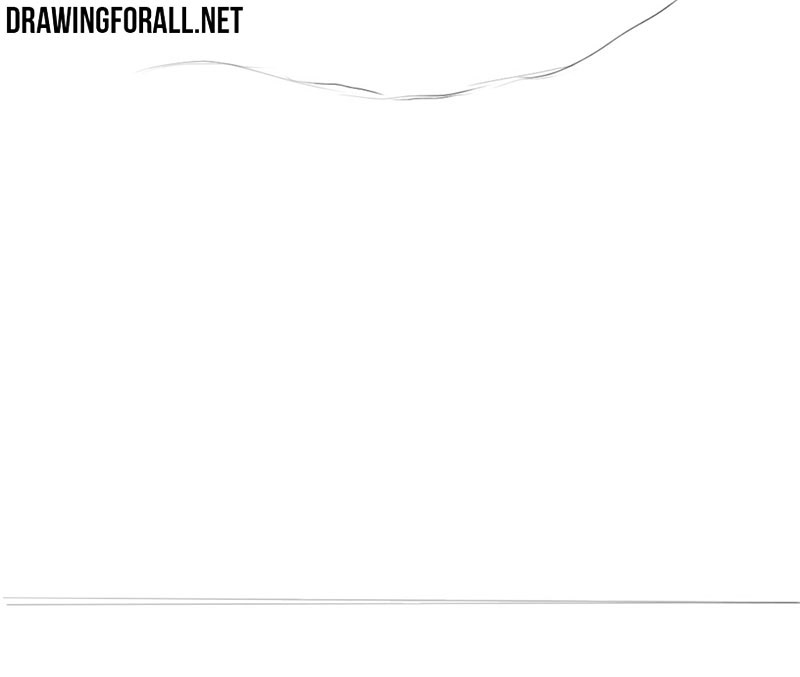 Now let’s draw the most integral part of the waterfall – the falling water itself. This should be done with a few light vertical lines. These lines should not be too straight and sharp. 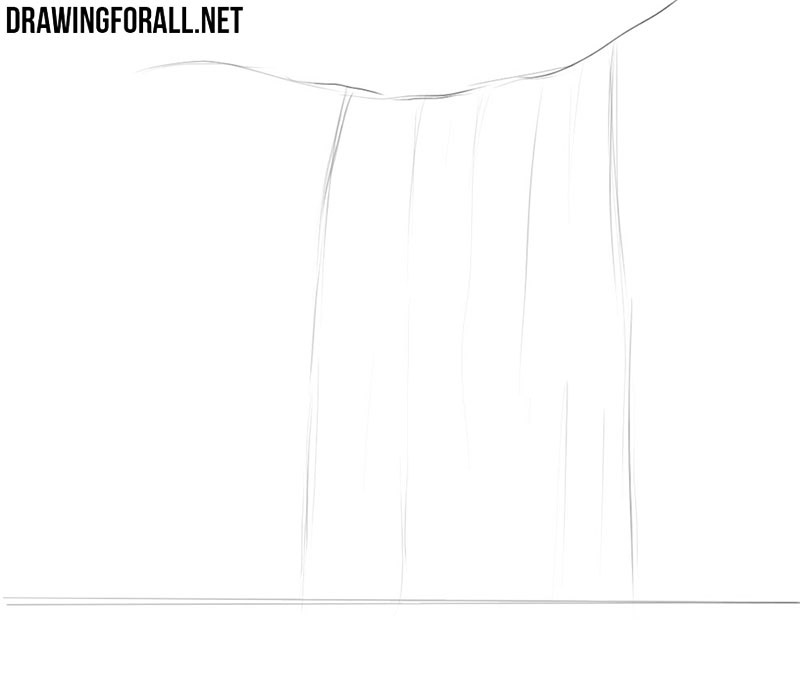 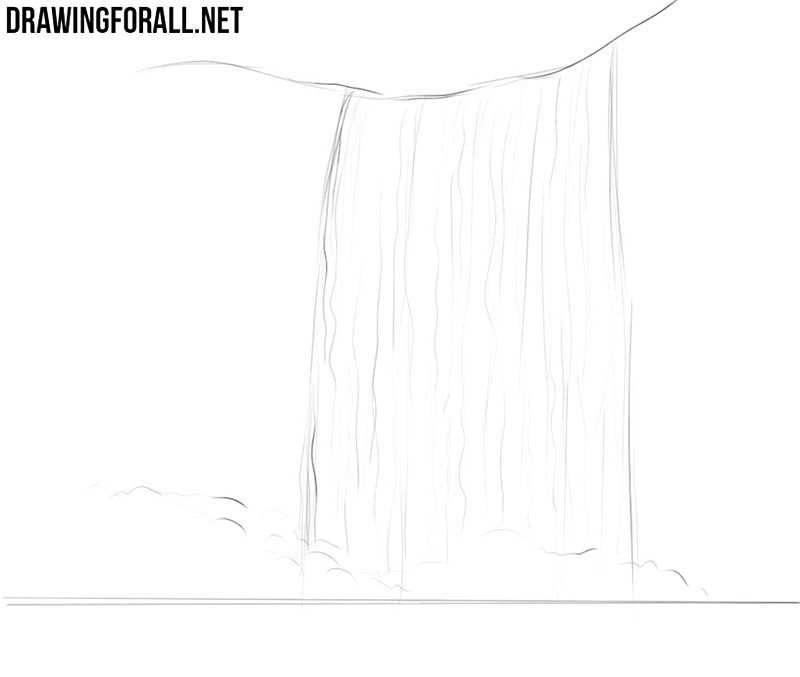 Let’s now make our drawing of a waterfall more voluminous and realistic. At the upper and lower parts of the waterfall, draw a large number of light lines, creating a glare of water. Next, in the top and bottom, depict the texture of the stones. 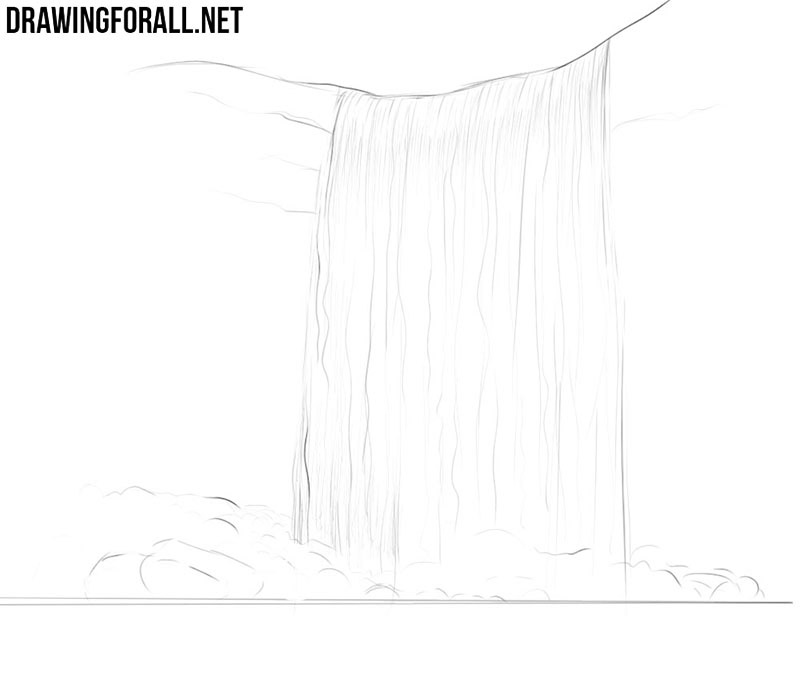 Let’s continue to make our waterfall drawing more voluminous and realistic. To do this, add shadows, as shown in our example. Next, draw a coastline and a lot of light vertical lines on the surface of the water.

As we said in the intro of our article, we tried to make the lesson about how to draw a waterfall the easiest to understand. You can diversify your drawing by adding a tree or a girl standing on the beach and looking at this beautiful wonder of nature. And to continually improve your drawing skills, subscribe to us on Facebook, Pinterest and Twitter, where we constantly post new content. In Pinterest we usually publish all links to our new articles and the shortened news of our guides. On Twitter and Facebook, we also publish announcements on our upcoming lessons. So be sure to subscribe to us in the aforementioned social networks, to be aware of absolutely all of our new articles.