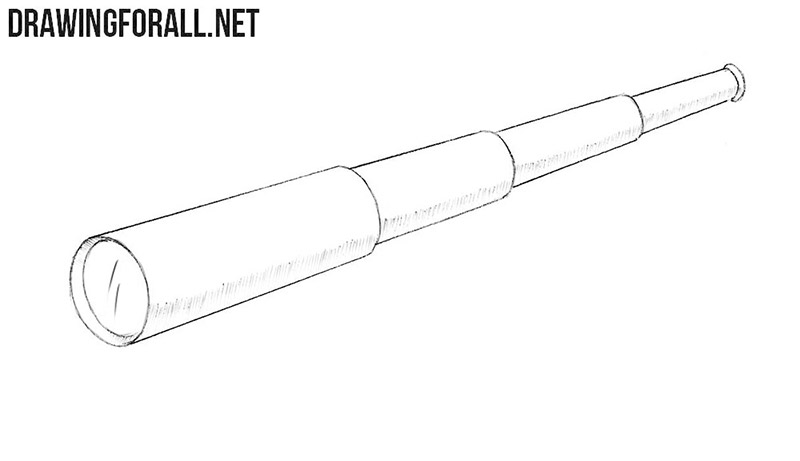 In one of the previous steps, the team of Drawingforall.net described you how to draw a monocular, and today in a similar instruction we will show how to draw a spyglass. This tool was very common for many millennia and was one of the best friends of many seafarers, pioneers and pirates. So if you will depict one of the above characters, then it’s quite possible that you’ll need to know how to draw a spyglass. This item is actually very simple to learn, but nevertheless, we have divided it into three most simple stages, each of which has an elementary description, as usual, the artists do the artists of Drawingforall.net.

A telescope is essentially a few cylinders nested inside each other. And the first stage of the tutorial on how to draw a spyglass will look like a simple cylinder. Draw two lines, on one side place an oval and on the back side – a “C” shaped line. 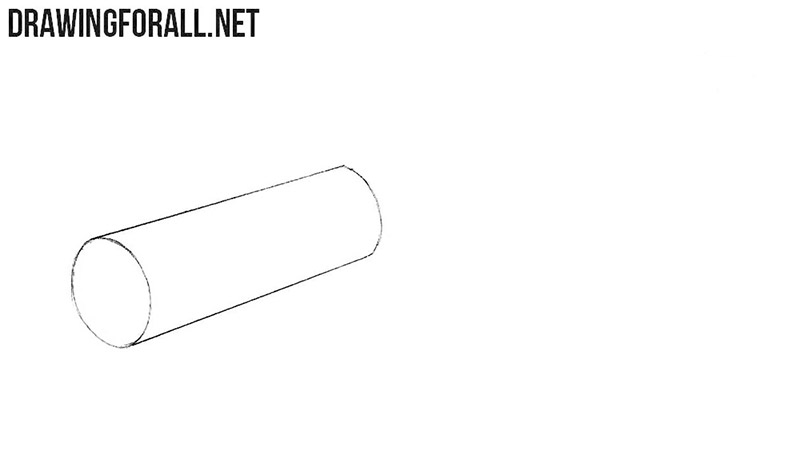 Now repeat the back of the cylinder three more times. Every next cylinder should be smaller and literally nested in the larger cylinder. In the front part, draw a lens, which is also performed using a simple “C” shaped line. 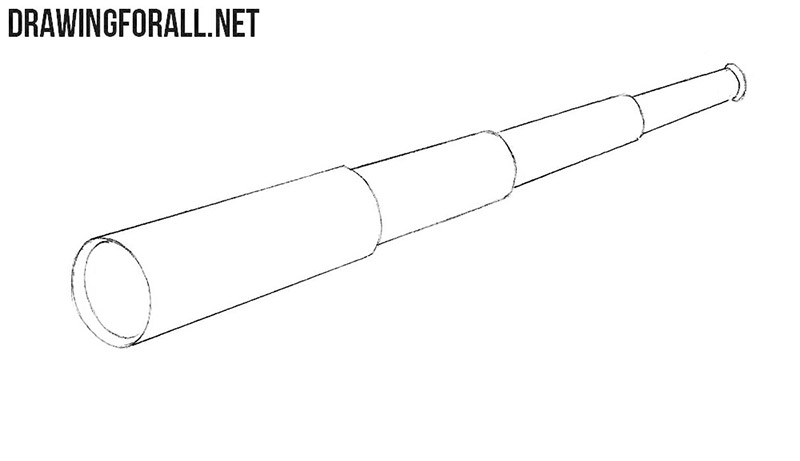 The drawing of the spyglass is almost complete, but it will look too flat and unnatural until we add shadows. First of all, sketch highlights on the lens in the form of two simple strokes. Next, use hatching to draw shadows in areas not accessible to light.

So, three simple stages of the tutorial about how to draw a spyglass behind, and we are fully confident that with the help of them you can now draw this simple, but such a cool tool. As mentioned above, try to draw a field glass not only separately, but also in the hands of some conqueror of the seas or military on the tower of the citadel or fortress. So, we are waiting for you and your comments on our pages in Pinterest and Facebook.