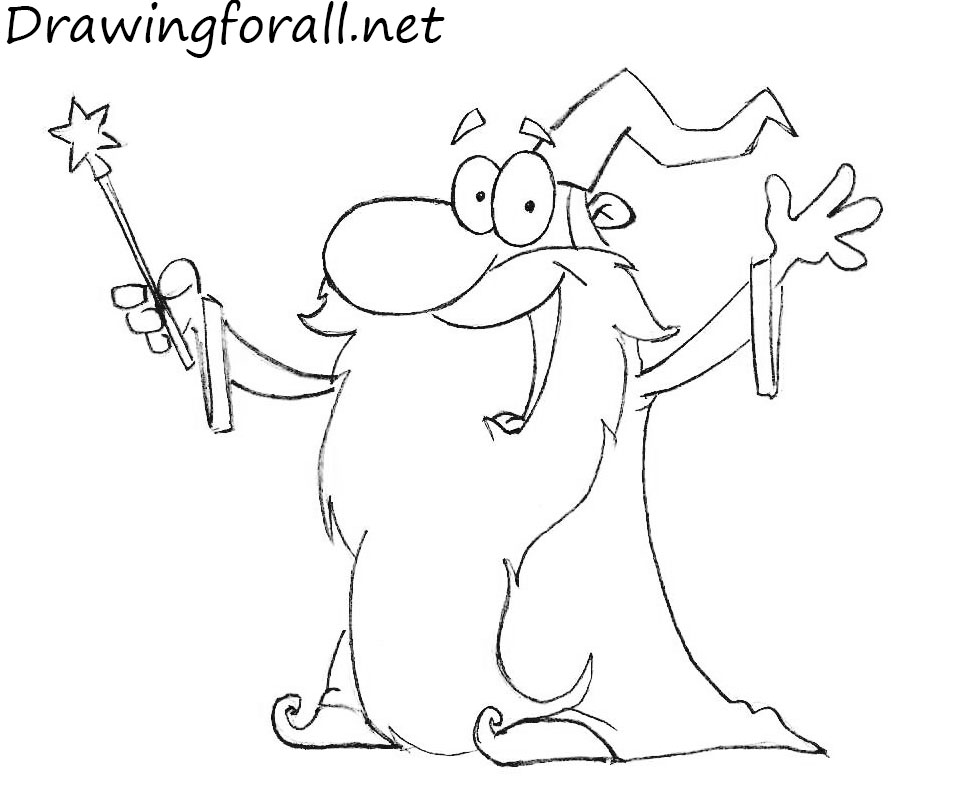 Good time of day dear readers of Drawingforall.net! In today’s art class, our team we’ll teach you how to draw cartoon wizard. Similar wizards you can see in many cartoons and fairy tales, as well as in the universe of D&D. In one of our other drawing lessons we have already shown you how to draw a Wizard. And in this drawing lesson we’ll show you the easiest way how to draw a wizard. Let’s start to create!

In the beginning, we will draw two ovals, similar to eggs. Draw dots inside the ovals, that denote pupils. If ovals turned out not very smooth, just erase and try again. Please note that for cartoon characters are not typical realistic proportions and regular facial features, they are always exaggerated and grotesque. 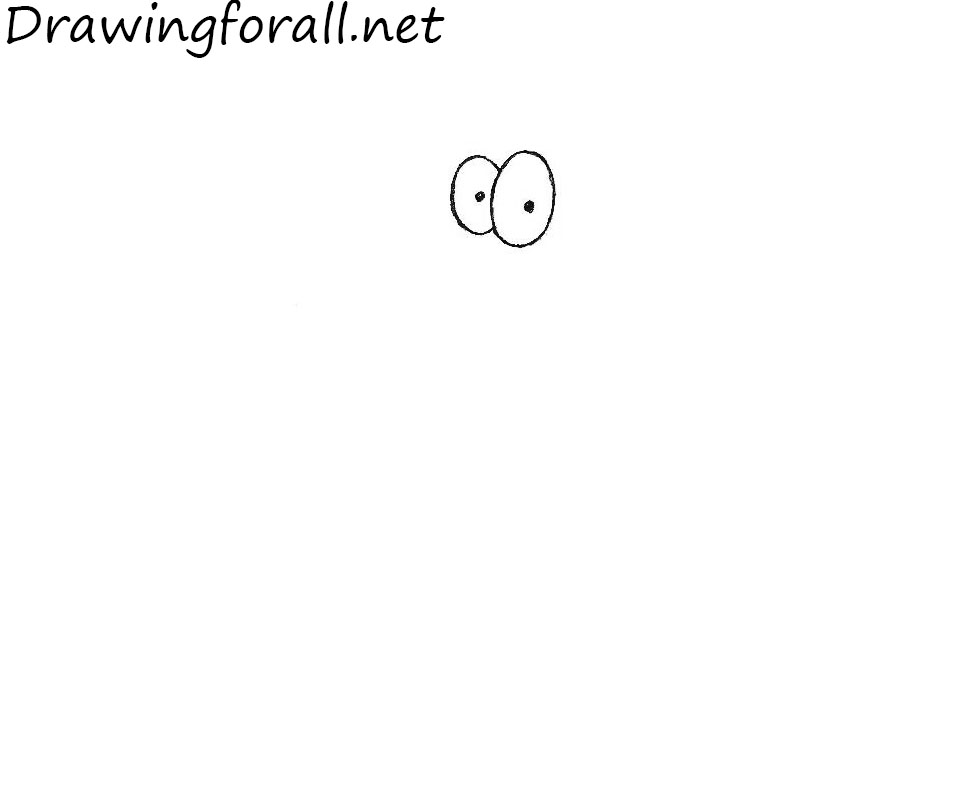 Draw triangular eyebrows above the ovals from the previous step. Draw another oval, lying in the horizontal plane, which denote the nose. Similar noses you could see in many cartoons and on many cartoon characters. 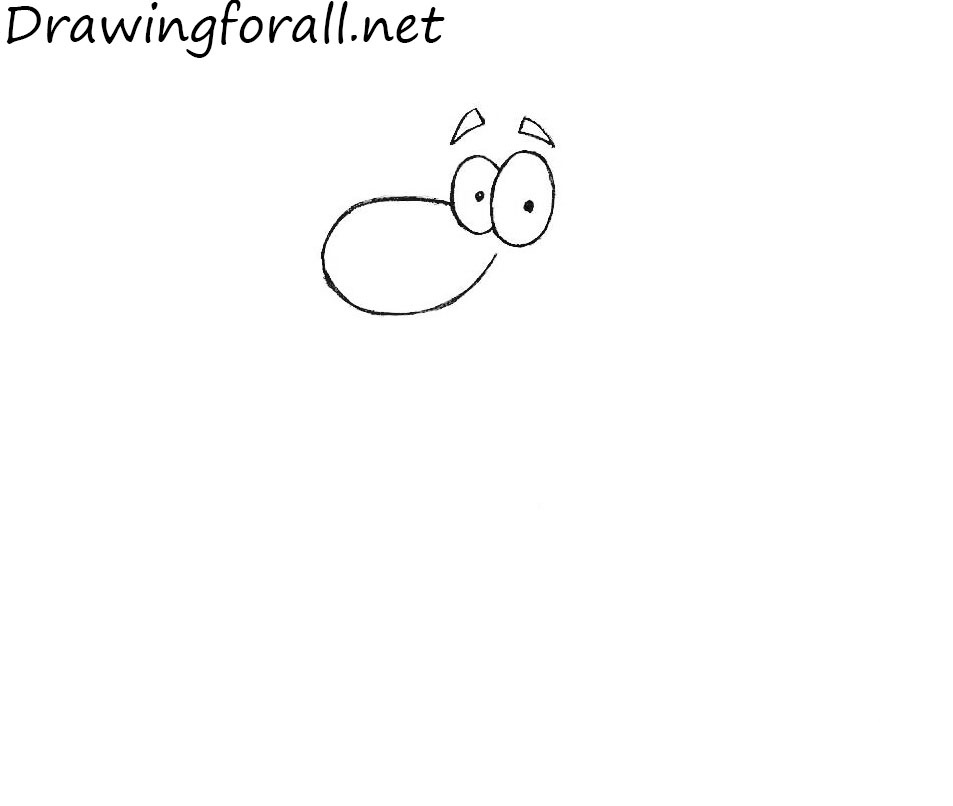 Using ragged line, as in the picture below, draw the long and disheveled beard. Note, that the beard should be very luxuriant and bulk. If you want to learn how to draw a more realistic beard, visit the tutorial on how to draw a beard on drawingforall.net. 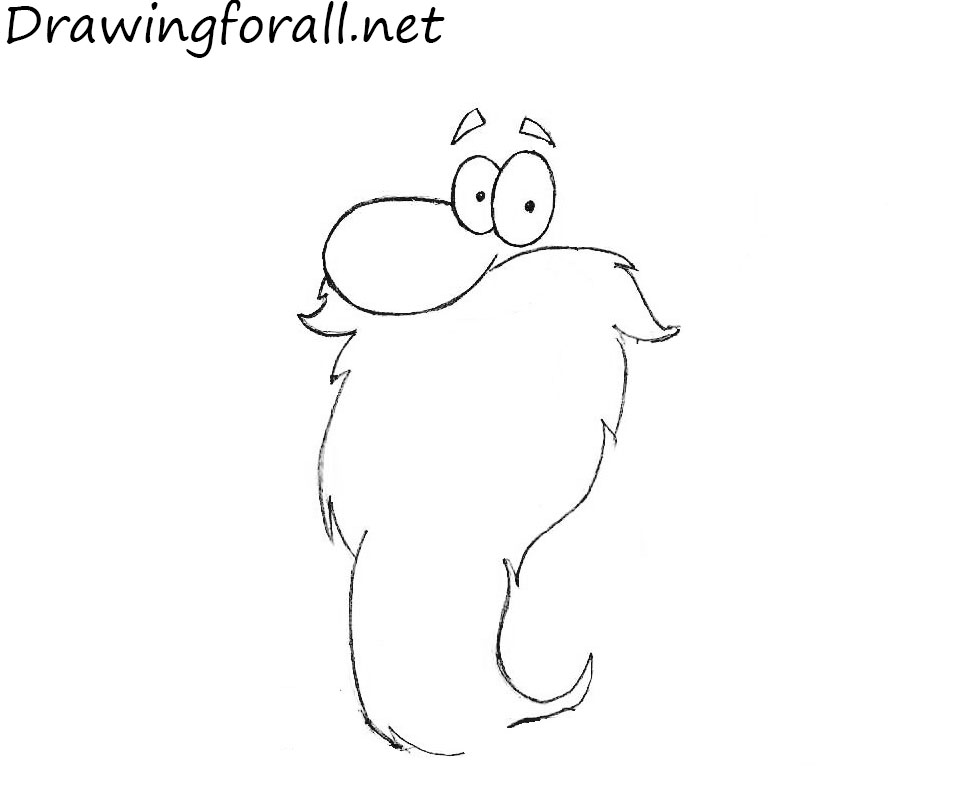 Draw the mouth. It is not difficult the mouth consists of several curved lines. And don’t forget to draw the tongue. The face of our cartoon wizard is ready! Note that the same face you can create if you want to draw any cartoon wizard. 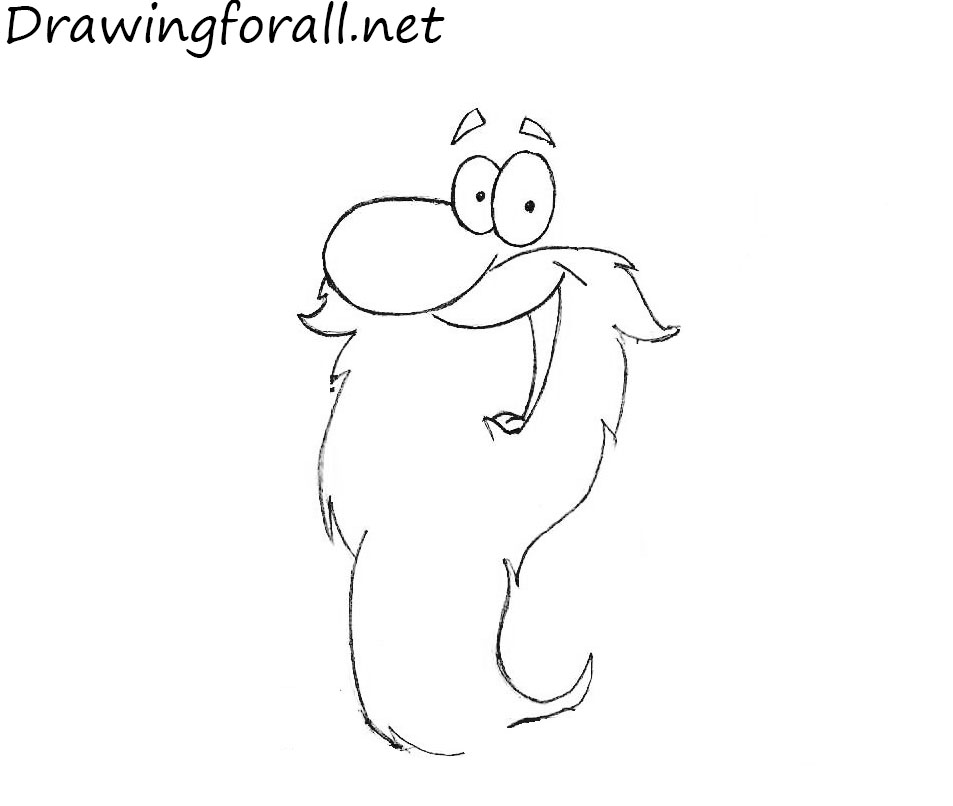 Using two polylines draw the cap. With a couple of lines draw the hairline on the temple. Draw the ear in the form of the rough circle, and don’t forget to draw the lines in the ear. In this step we finished drawing the head. You can also draw a hat with a brim, which wears Gandalf from Lord of the Rings. 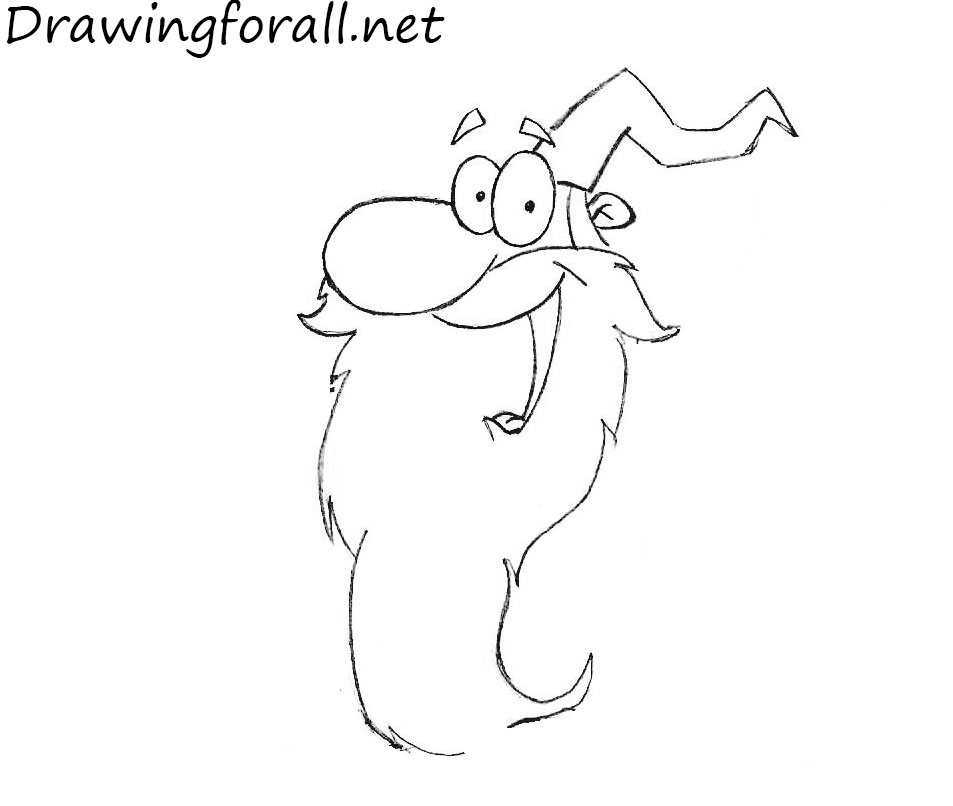 At this step we draw the hands of our omnipotent wizard. Using long and curved lines draw the arms. Using some vertical lines draw the sleeves. Draw the fingers as you can see in the picture below. Don’t forget to draw the magic stick, that can be in any shape. 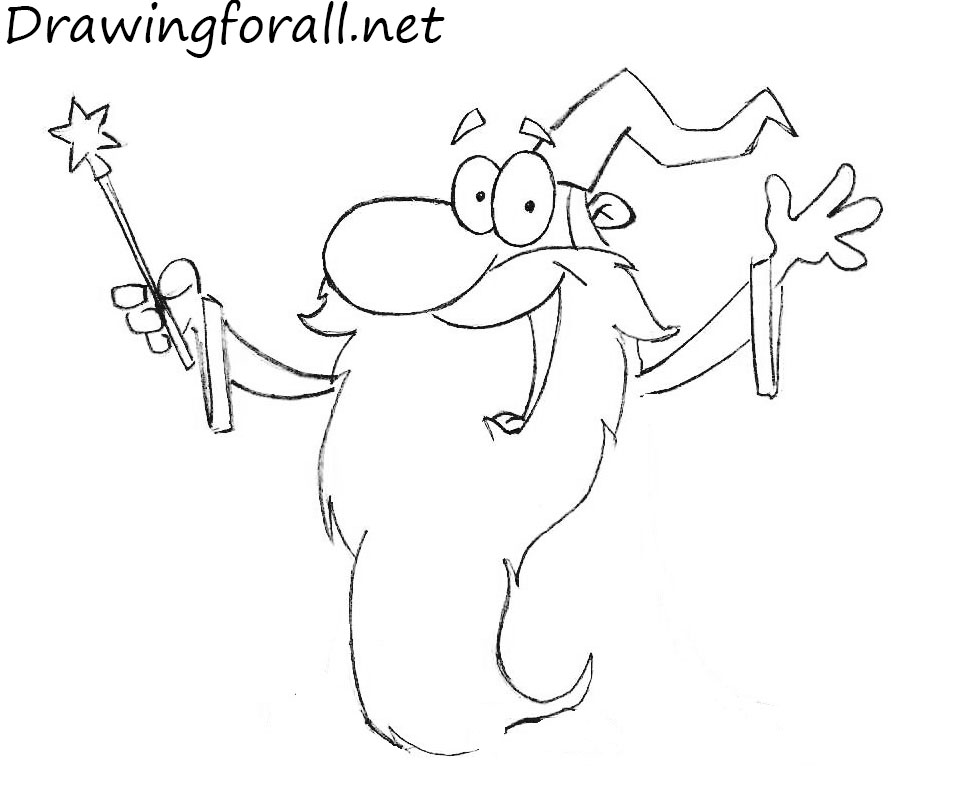 Draw the cloak of the wizard as we drew in the picture below. Such capes you can see on famous Merlin, Dumbledore and etc. Draw the long and curved shoes, that are very characteristic for the classical wizards.