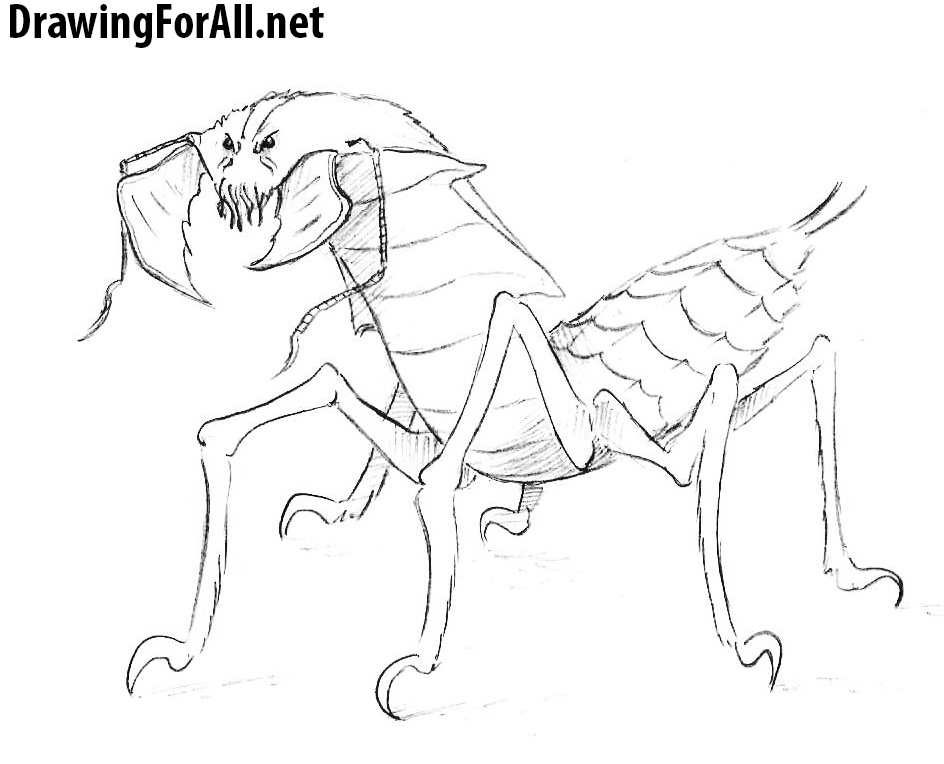 Good day dear readers of DrawingForAll! Today we will show you how to draw an ankheg. If you ever have played Dungeons & Dragons you now that ankheg is a cross between a caterpillar and the of giant size. Also, if you played the great Baldur’s Gate, then you remember that from you can make one of the best sets of armor using a shell of ankheg.

At first let’s sketch out the general shapes of our ankheg. Sketch out the head and parts of torso using ovals and legs using simple lines. Note that ankhegs have three couples of legs. 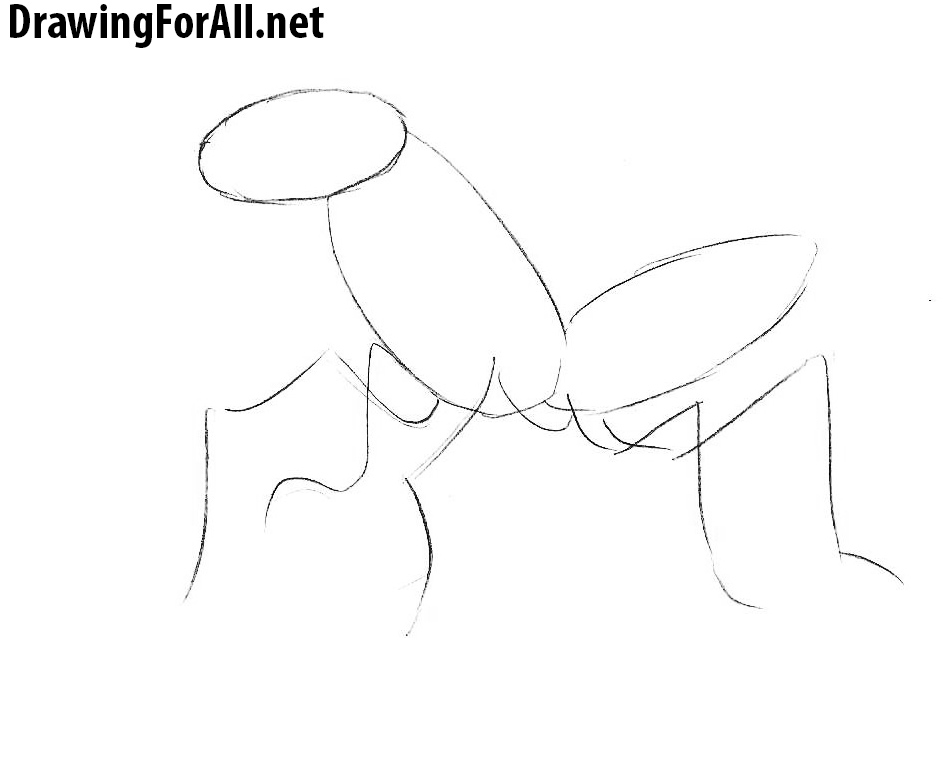 Sketch out some parts of head of ankheg such as the eyes, antennas and huge jaws. 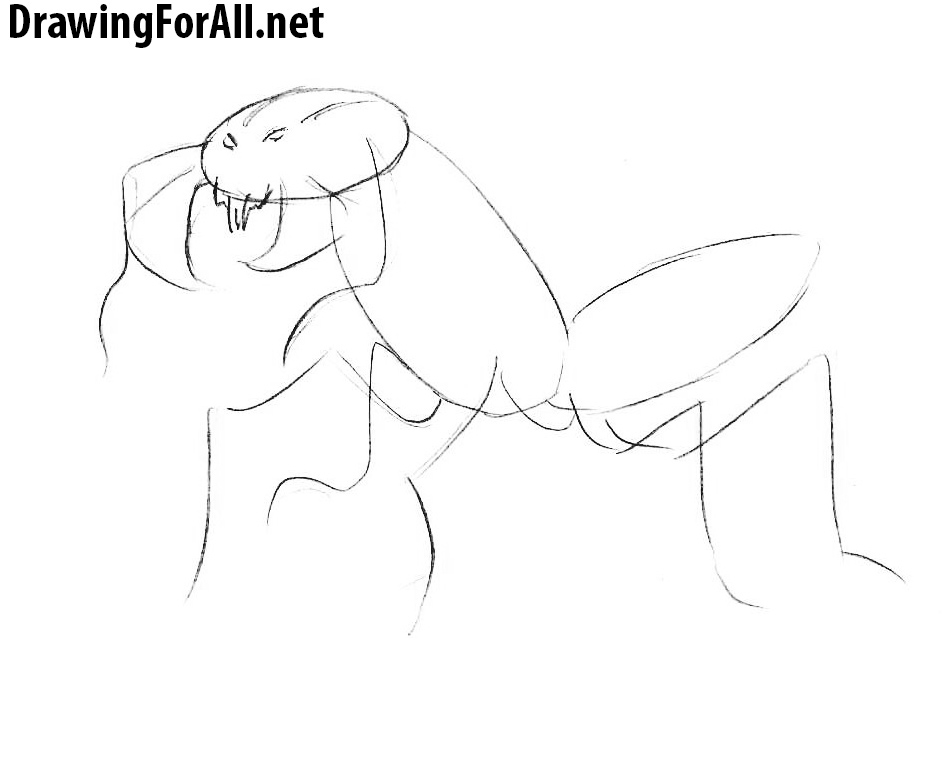 Draw out the parts of the head. Draw the angry eyes and add some details such as the lines on the antennas and folds on the face. 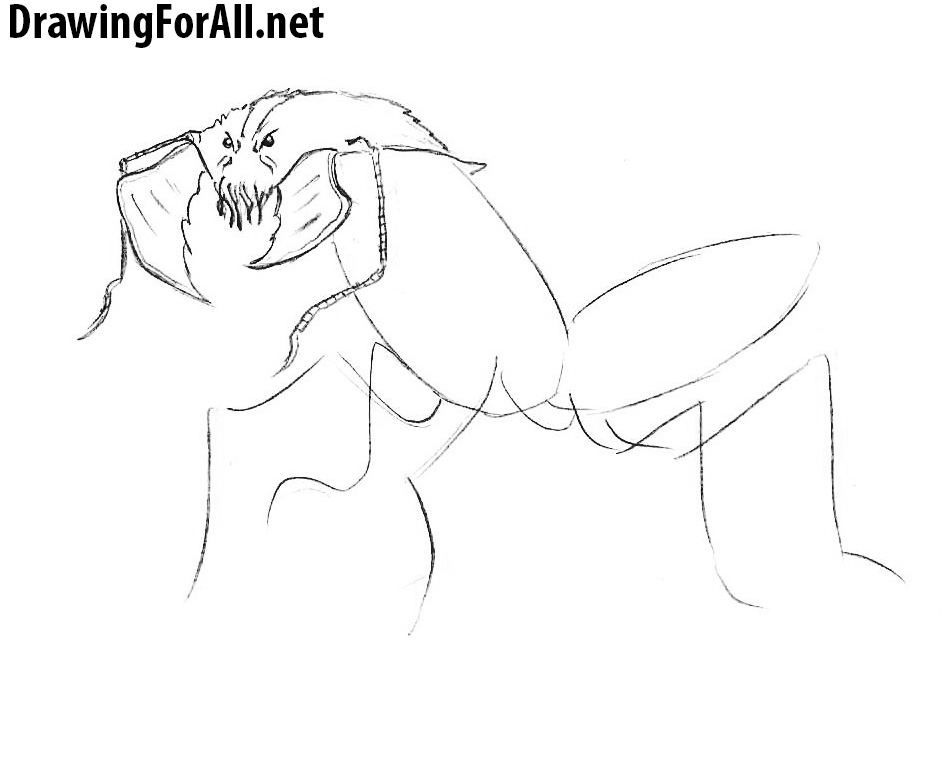 Continue drawing the ankheg. Draw out the upper part of the torso with front legs. 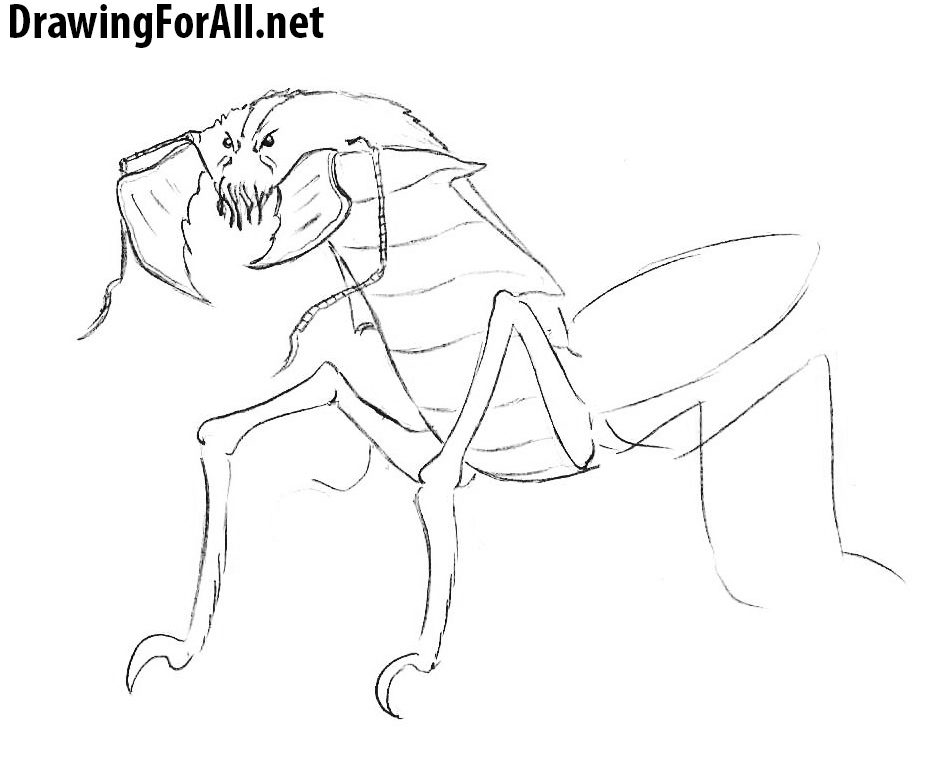 Now draw out the hind two pair of legs with the rest of the torso. 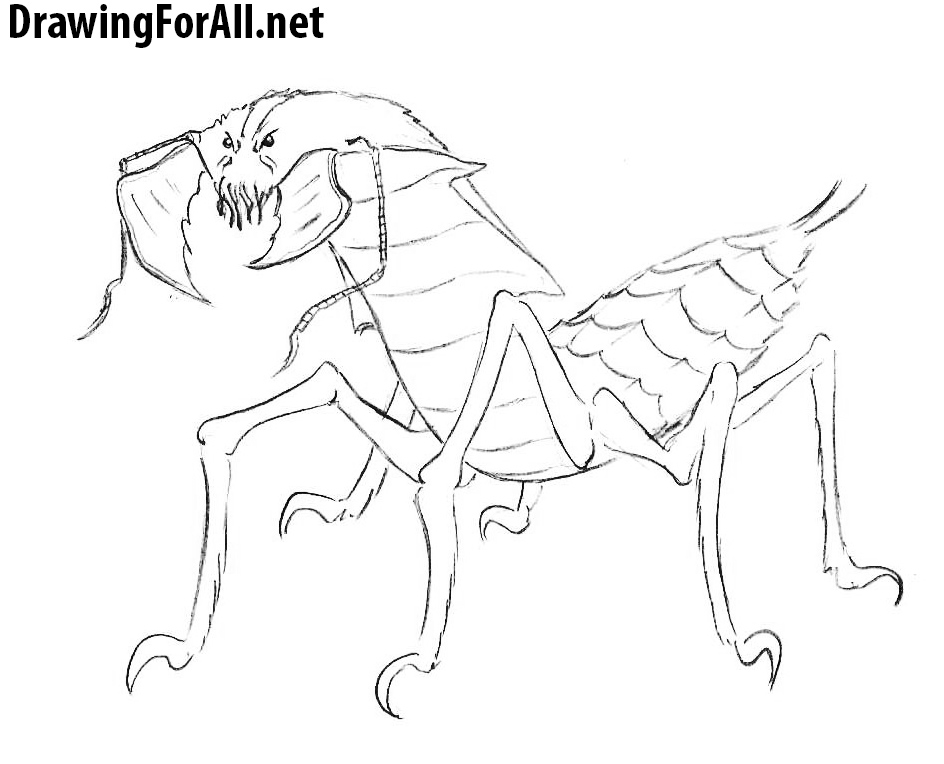 And at the last step add shadows using classic hatching.

As you see we love Dungeons & Dragons and other RPGs, and we try to draw as characters and monsters from this amazing universe. And on our site you already can find a lot of tutorias about D&D such as how to draw a wizard and how to draw a beholder (probably the most unusual monster from DnD).