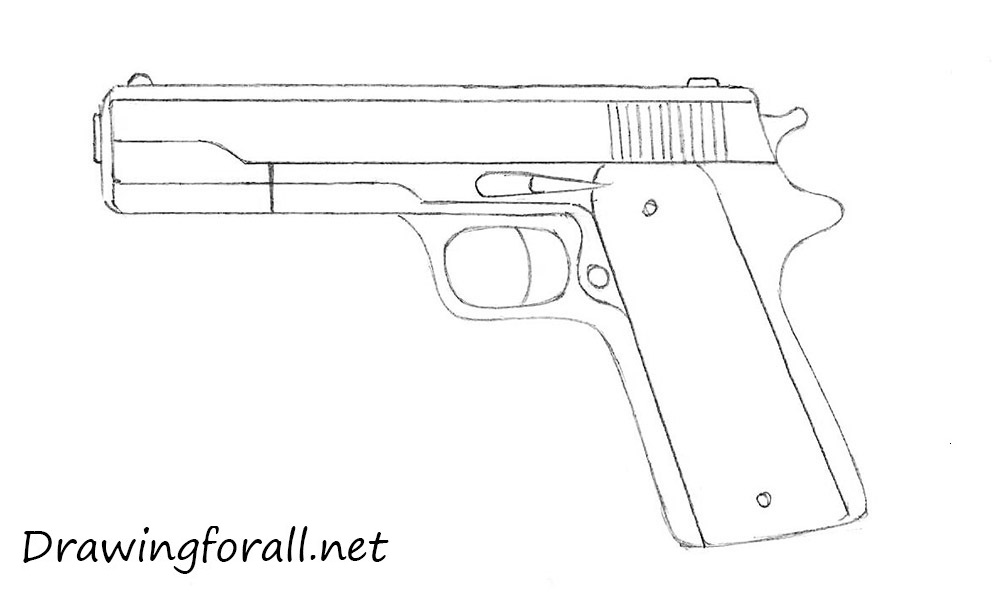 In today’s drawing lesson we will show you how to draw a gun. There are no complex shadows and lines. We have divided this guide into several steps to make it as simple as possible.
So, let’s start the tutorial and learn how to draw a gun for beginners!

At first draw an elongated rectangle. This will be the conditional “body” of our gun. 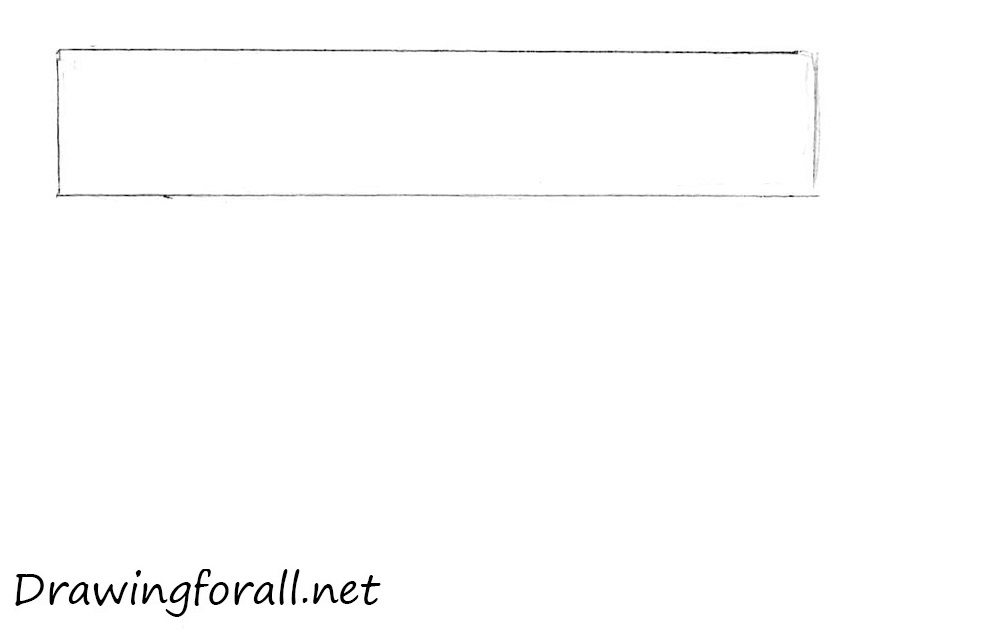 Draw another rectangle as in the example. It will be the grip of our gun. 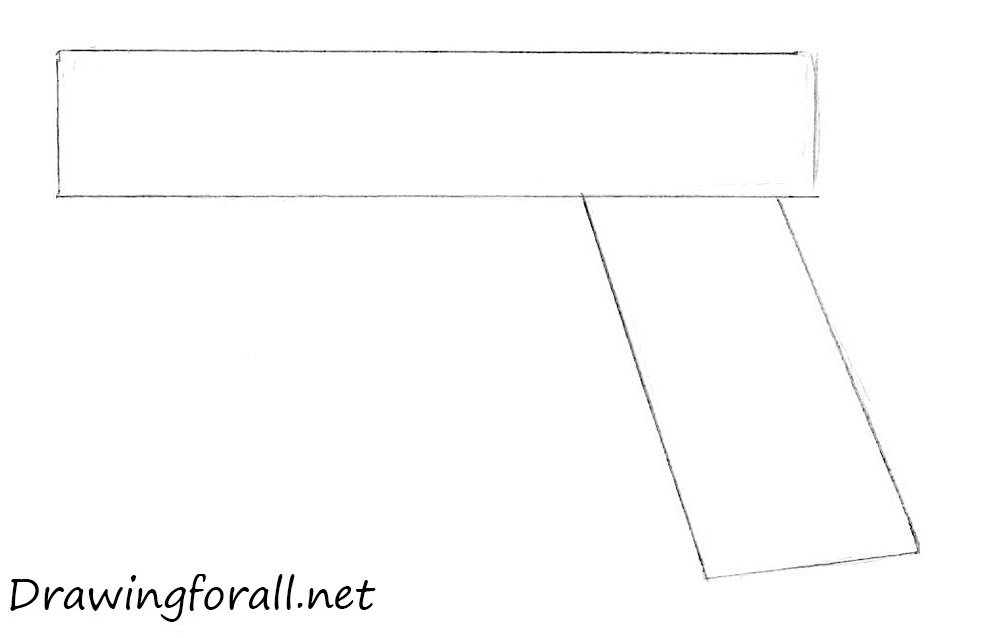 At the junction of two rectangles draw the trigger guard and the trigger. Draw the hammer as in our example. 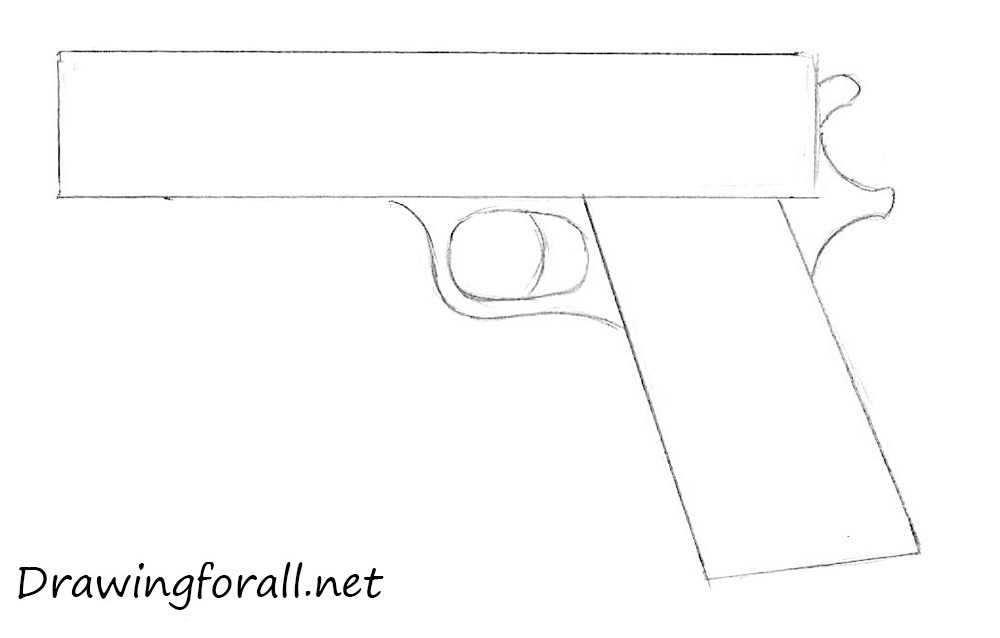 Erase the guidelines and round the corners as in the example below. At the top line of the gun draw the sights. 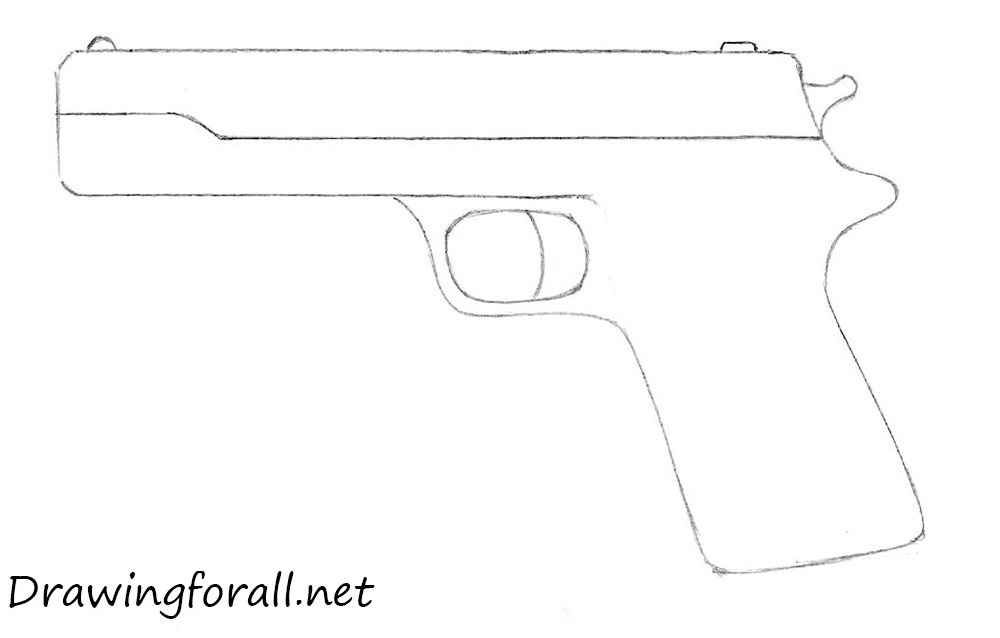 It was the drawing lesson about how to draw a gun for beginners. As we said earlier, this is a very simple drawing lesson. All five steps were as simple as possible and consisted of elementary lines.

We do not support violence and war, and we believe that instead of war, it is better to engage in art. But at the same time, we believe that it is important to be able to draw not only flowers and bunnies, but also such things as weapons.